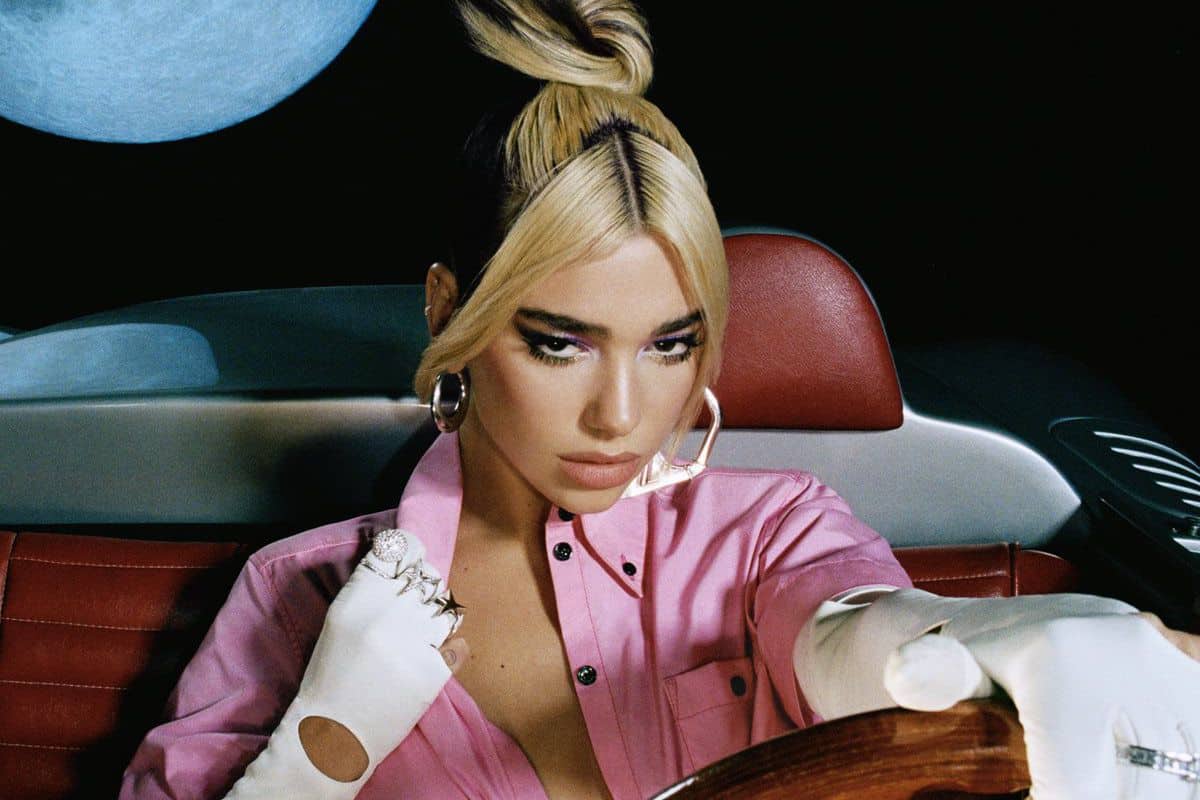 Dua Lipa cemented her status as the new princess of pop with her self-titled debut album in 2017. As a result of her mega success, expectations for her sophomore album were sky-high. Future Nostalgia manages to not only meet those expectations but surpasses them with ease.

It’s rare, but once in a while an album will come along that’ll push the boundaries for the entire genre, dictating what pop will sound like for the years to come. Billie Eilish accomplished it with her debut album, but Dua Lipa proves she’s capable of the exact same thing. Without losing any of her earlier authenticity and identity, Dua Lipa has graduated from being a princess of pop to being the actual ringleader. Future Nostalgia is such an exciting concept album, that it’s hard to imagine it not being one of the greats that ‘20s pop culture will be defined by.

Perhaps that’s why the title track is the perfect opener to her album, starting with the line “You want a timeless song / I wanna change the game.” Sonically, it’s clear the album was inspired by more electronic, synth sounds that the 80s were known for. Yet, the addition of live instruments makes the songs still feel organic and fresh. Monster hit “Don’t Start Now,” as well as “Physical” are prime examples, and their success only goes to show how much the world is loving these vibrant, up-tempo songs. (Additionally, the “Physical” choreography is the perfect workout in these times of self-isolation.)

But while those songs still rely on Dua Lipa’s characteristic deep and husky voice, on “Cool” she explores her higher register. It’s an upbeat summer song that’s heavy on the drums, with hints of the same synth that binds the album together. “Levitating” is a similar cut, though it’s got much more of a Daft Punk and Studio 54 feel to it.

“Pretty Please” is a seductive song that lures you in by its attractive bassline. But never on this record does Dua Lipa lose control. Even as she begs on this song to be given some “sweet relief,” she sings she’s “exactly where I want me,” in the second verse. It’s an interesting contradiction between the sonics and the lyrics of the track – between being cool and desperate all at the same time.

Another major difference to Dua’s previous material is that she’s definitely honed in on the dance elements of her songs. Not only has she improved her choreography – though there was something incredibly disarmingly charming about her noodle moves – the track “Hallucinate” proves she’s ready to rave with her fans. It’s the track you just know is going to be a remix and festival favorite (whenever and however those will take place in the current climate).

The slightly more chilled, but no less hypnotizing “Love Again” is a song about a healing broken heart. One of Dua Lipa’s own favorites, the song samples the 1997 hit “Your Woman” by White Town, and is perhaps the most on the nose reference to the concept of future nostalgia.

The latest single of Future Nostalgia, titled “Break My Heart” is one of the final songs on the album, but it’s the perfect transition song from her first collection of songs to this new record. While it offers the same emo-pop/”dance crying” that Dua Lipa excels at, it’s also got the same punching 80s-infused pop running through its DNA.

“Good in Bed” is a good song, but doesn’t stand out as much as the other tracks. Nonetheless, it forms an important element to the liberty that Dua Lipa has taken in creating this album, and integrating her own experiences into the lyrics. As she said herself, “I guess this song does what it says on the tin: It’s about when good sex is the only thing that was holding two people together. It was very fun to get to make a song like this and to be so carefree and open. Those relationships never last; it’s a cautionary tale.”

But perhaps the most daring of all is the choice to end the album with a song that’s not centered around lust or love at all. Rather than romance, “Boys Will Be Boys” is about female empowerment. As dreamy and airy the song opens, the lyrics aren’t light at all. The song is rife with references to sexism and harassment that women face on a daily basis, and the timeless excuses that society comes up with to excuse it. It’s Dua reflecting on the role of society in changing this pattern, and that we should stop justifying such behavior by saying “boys will be boys.” When commenting on the song’s message, she said “I just want this song to be a conversation starter. I want it also to just be a little bit of an eye-opener. It’s not a song that’s out to offend anyone or point any fingers. But I wanted the lyrics to be quite cutting for the sake of the conversation, and in the hope that there can be change. It’s also to show solidarity with other girls and be like, “I’ve been through it as well.”

It’s a powerful message to send, particularly when the end of the record echoes “boys will be boys, but girls will be women” before cutting off completely. In a way, it’s almost ironic that sexism is a theme that still fits within the concept of Future Nostalgia – so outdated, and yet still very much a reality.

But in creating this album, Dua Lipa has proven herself to be a true visionary of pop culture and set a new standard for other pop artists out there. Not just in creating uplifting and inspiring music, but also in creating all the artwork and visuals that help bring it all to life. The music videos have been nothing less but exquisite. Vibrant, poppy and a little trippy – while still allowing Dua to shine in her own carved out world of Future Nostalgia pop. It’s exciting to witness her growth, and it’ll be even more exciting how she continues to explore her own identity and inspire others along the way.