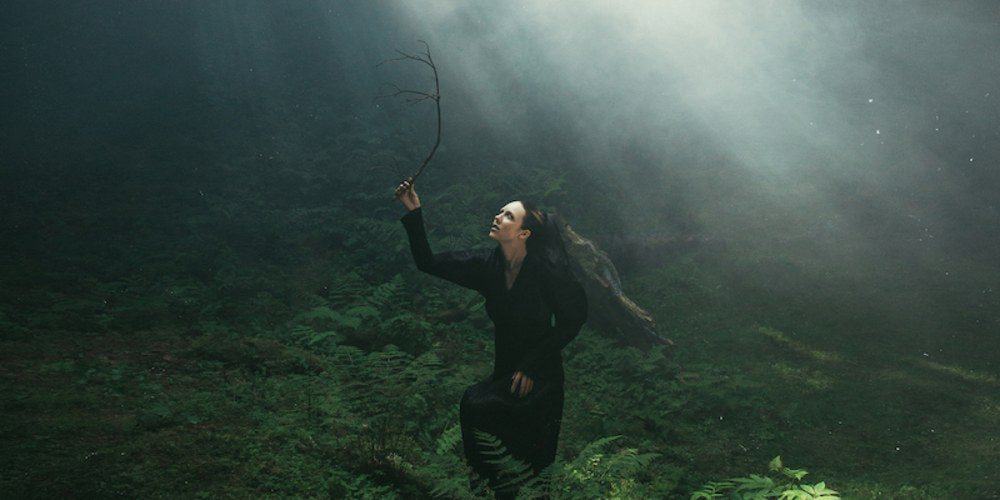 Allie X’s long-awaited sophomore album, Cape God, has finally arrived and it is the most vulnerable the singer has been.

Fans of Allie X are fully aware that each album or extended play showcases brand new sides of the singer that we haven’t seen before. Her CollXtion series was an exploration of identity. Super Sunset drove the audience down a road that the singer intended to be glamorous, yet hellish. Now, we arrive at Cape God.

On the day of the album’s release, Allie X fearlessly posted on her social media her touching inspiration for this album. The idea for the title came from an HBO documentary about young heroin addicts in Cape Cod, Massachusetts. While the songstress confesses that she didn’t find inspiration by the excessive use of drugs, but how people treated those who were addicts. She states that the world treated addicts like outsiders. She was so compelled by these stories that she went on to write music from their point of view, and miraculously discovered buried emotions in her own life.

The songstress went on to courageously announce that she has been dealing with an autoimmune disease since high school and wanted to share her story so those who are going through a similar journey are inspired to continue pursuing their dreams. Allie X admits that it was hard for her to confront her strongest emotions as a teenager and struggled to speak out about her dreams of becoming an artist. Cape God finally gives that younger version of herself a voice.

The album opens up with her leading single, “Fresh Laundry.” This track feels refreshing and new for Allie X fans. It has some reminiscence of familiarity, yet has a revamped maturity to its production. While the song, and music video, sounds invigorating, there is also an eerie aftertaste that lingers in the listeners’ ears. This mixture is successful in building and introducing the world of Cape God. “Fresh Laundry” describes a yearning for a new start. She is sick of “hard mornings” and feels like “something has to die” in her life.

We then venture into “Devil I Know.” The instrumental production of this track feels simple, yet has this sly and sultry vibe to it when paired alongside Allie X’s vocals. Listening to it on the surface value seems innocent, but if we dive under the song’s skin, there is a buoyancy that is mischievous. According to the singer, the “devil” that she is singing about is actually her inner demons. At first, Allie X is compelled to be obedient to these devilish thoughts, but she also quickly discovers that these thoughts are causing her to torture herself. One line that sticks out that captures the song’s essence is: “I could pretend that I’m just praying now / but I’m only on my knees.”

“Regulars” is quirky, yet warming single that Allie X released prior to the album. It’s fun, yet odd music video seems to do a fantastic job in capturing the feeling of the album as well as an individual track. One interesting nod that the music video possesses is the visual of Allie X leaving an entertainment building with an empty laundry basket. This seems to reference “Fresh Laundry” bringing forth a new journey for Allie X’s artistry. However, the song truly shines within its lyrics. While “hanging off a building” brings forth some interesting imagery, the meaning behind such words speaks volumes to those who feel like they are outsiders. “Regulars” is about wanting to be welcomed and admired by society, not shunned away because of your differences. It presents the idea of wanting to conform for acceptance without becoming invisible.

Soothing whistling introduces us to the next track: “Sarah Come Home.” As the listener rides through this track, we go on a journey that is filled with a breezy and uplifting instrumental production. It sounds like one of those songs that you blast in your room and have a solo dance party. However, knowing the singer’s artistry, we know that “Sarah Come Home” has a deeper meaning than a surface level listen will give off. The lyrics describe Allie X yearning for a girl named Sarah, who ran away from home. While the singer admits that this particular story is fictional, it does an excellent job of capturing her emotions of loving someone who is lost and may not be in your life anymore.

The following track is “Rings a Bell.” Sonically, the song is sensual and dreamlike. Allie X’s vocals seem to glide on top of the smooth track as we sink into a world of breaths, bells, and guitar. The main lyrical phrase: “Must’ve been a reason for this feelin’ cause it rings a bell,” is so catchy it feels like a lullaby. Lyrically, the song describes falling back into a state of infatuation. With the atmosphere surrounding the song, Allie X seems to repaint this emotion effortlessly.

“June Gloom” seems to be a cheery song at first, but once we delve into the lyrics, it is probably one of the more personal tracks on the album. Once Cape God dropped, Allie X became more public about her autoimmune illness that gives the singer chronic pain. In this particular track, Allie X takes a step further on this topic as she sings about how she would stay inside during the summer as the other kids would be out and playing. What “June Gloom” highlights, however, is not a pity for the singer, but it is her mere observation that she wasn’t like the other kids. She was an outsider looking in; or in this case,  an outsider looking out of her bedroom window.

The first collaborator that appears on this album is Troye Sivan on a song entitled: “Love Me Wrong.” Fans of Allie X know that the two have collaborated numerous times on multiple projects, so hearing their voices intertwine on this track is very rewarding. “Love Me Wrong” is one of the slower and sadder sounding tracks on the album. It seems to be the song that audiences can sit back, close their eyes, and feel the vulnerability between both singers. The song is unique as it deals with Allie X’s complicated emotions towards loving a family member. She describes this by singing: “I know you love me / Cause you want the best / But you love me wrong.” While she still has love for her family, she struggles with the feeling that she is an outsider in this close group and feels as though their way of loving her is incomplete.

We then quickly jump into “Super Duper Party People,” a track that is a complete 180° flip of the previous. In fact, this is probably the furthest thing you would expect under Allie X’s repertoire. It’s a cute ditty that provokes humorous imagery of a house party. Unlike the other tracks on the album, it simply sits on the track-list as a fun, silly song.

The next collaboration is with singer-songwriter, Mitski, on “Susie Save Your Love.” Sonically, the song has a fresh roll down your windows and sing this song as you drive a kind of cinematic feel to it. It is nice to hear the difference in tones between the two vocalists, as the song seems to be a conversation with the narrator’s friend, Susie. The singers urge Susie to not give out her love so much as she is only seen as a “part-time” lover to her companion. There’s somewhat of sweet bliss that seems to follow this track.

One of the gems from Cape God is the bop that is “Life of the Party.” It is a track that seems to be completely in the realm of Allie X’s discography, yet also holds the power of a mainstream banger. It is definitely one of the standout songs on the album, and while the repetitive and catchy “I was the life of the party” may allude to this being like any other party song, the darker meaning behind the words intensify this blurry rollercoaster of a song. Allie X sings about getting completely intoxicated with a group of people that are finally giving their attention to you. However, the blur begins to come apparent when lyrics that suggest these people’s true intentions bleed in and cause an uncertainty and insecurity within the singer’s original belief. Proof of this can be found in vivid lines such as: “They stripped me down like a barbie” and “They said I kissed the king / but I don’t remember anything.”

Directly inspired by the documentary, previously mentioned, about heroin addiction, “Madame X” dives through the mindset on people’s attachment to these highs. It is one of the slower tracks on the album, however, its message is clear and impactful. In fact, Allie X takes this toxic “love affair” up a step by personifying drugs. We can hear this in lyrics such as: “I love your touch” and “I’ve never got to know someone like you before / so soft and pure.” The production of this song feels cold and stripped down – as if we are witnessing the intimacy between the narrator and the drug.

The final track, “Learning in Public,” is the icing on this Cape God cake. While the lyrics suggest that Allie X’s “least favorite subject” is “learning in public,” the overall sound of the track is uplifting and reflecting. It has a sense of liberation compared to the other songs that preceded it. It surrenders to the universe as the songstress admits that, as humans, we are constantly learning, growing, and changing our minds. This track leaves us in a soft landing, as Allie X sings the final lyrics: “I changed my mind and I forgot it all.”