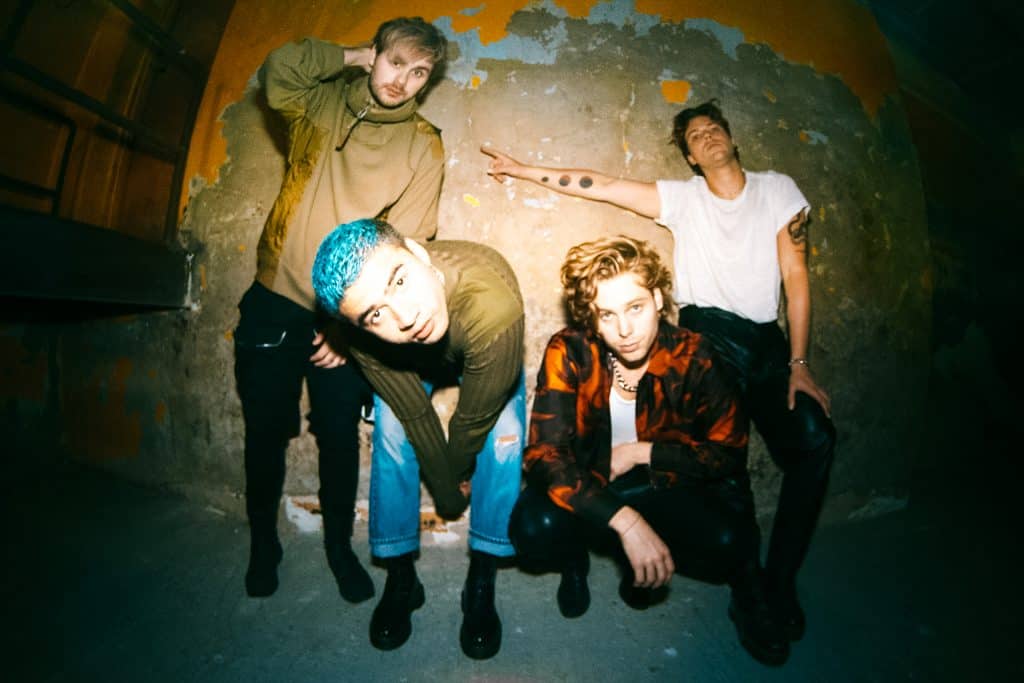 For some musicians, continuing to evolve their sound through each record just doesn’t end up working. The music becomes too different and ultimately falls flat, but 5 Seconds of Summer continues to twist and turn their music to get to the music that tells the story they want it to, and it keeps on working for them

5 Seconds of Summer’s latest album, CALM, which is a clever combination of the band members’ first initials (Calum Hood, Ashton Irwin, Luke Hemmings, and Michael Clifford), feels like yet another departure from their last album, which was a departure from the one before, yet it keeps enough of the same sound that you still know it’s 5SOS.

CALM takes on a slightly darker tone than previous albums, which feels authentic for a band that’s been around since they were teenagers and have cranked out hit after hit, toured all over the world, and seen the ins and outs of this industry. Whether it’s the melodic turns or the lyrics themselves, the album feels more raw and gritty than earlier-released music.

The album, released under 5SOS’s new label Interscope Records, starts on a high note. “Red Desert” is a great intro because it gets right in your face from the beginning. It has a powerful driving beat that’s full of intention and makes you want to keep listening. “Lonely Heart,” which comes in later, has the same kind of sound as “Red Desert” with that underlying beat to help tie the sound together throughout the record.

The album also includes a few singles released before the album came out, and sometimes it’s easy to forget about those songs. “Easier,” which was co-written and produced by Charlie Puth, came out so long ago, though, that it almost feels new again. This song feels like such a departure for them because it takes on an electronic synth-heavy twist that 5 Seconds of Summer hasn’t done much of before. It’s the same kind of thing with “Teeth” in that it came out so long ago that it felt like an interim release between albums, but here it is on CALM with the same synthy sound.

“Wildflower” is probably the strongest song on the album. Produced by Oscar Görres, the song has a sound that’s so different for the Aussie band, but it’s beautiful. It has an old-school feel, and it really lets Hood shine on the vocals. It’s another one that’s heavy on the synth in a totally euphoric way and feels surprisingly light on an otherwise pretty moody album.

Other tracks on the album, like “Thin White Lies” and “Not in the Same Way,” feel very in line with the music 5 Seconds of Summer fans know and love. Either of these would have fit right in on Youngblood, which once again keeps the music cohesive with what the fans expect. Having this kind of mix in the tracks — with solid songs that feel very 5SOS combined with a more honest and mature sound — is the perfect way to subtly bring the fans into the next era. 5SOS continues to do this with each album, and it’s been a success every time. The band debuted each of their first three studio albums at No. 1 on the Billboard 200 chart, which goes to show that not only are they talented musicians but that their fans trust them to keep making music that appeals to not just the band but the fans as well.

CALM closes with “High,” a song that sounds surprisingly hopeful after this dark album that pierces your soul, which is ironic considering the song is a less-than-hopeful message. It’s just another example of this marriage between light sounds and dark lyrics that are present throughout the whole album. CALM, which is the fourth studio offering from the band, might just be the sound and feel that the band settles into for the foreseeable future, and with the way they nailed it here, it could prove to be exactly where they should stay.