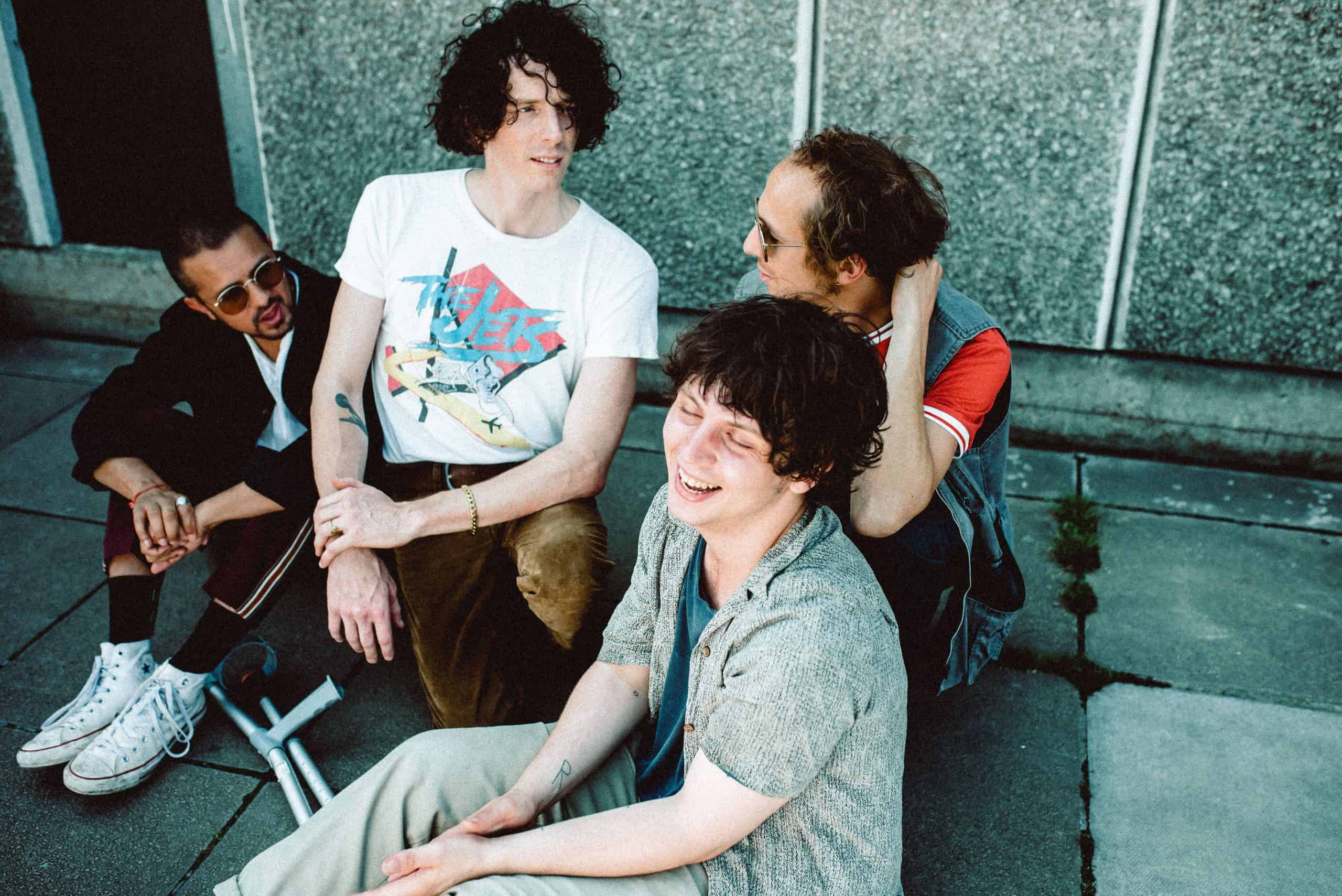 Mystery Jets are one of the stalwarts of British indie music. The legendary band, formed on Eel Pie Island in London’s Twickenham back in 1993, has been releasing music now for almost two decades.

Originally called The Misery Jets (not quite as catchy as today’s moniker – it was changed when Blaine misspelled the name on a drum skin), the current band is comprised of frontman Blaine Harrison on vocals, keys and guitar, Kapil Trivedi on drums, Henry Harrison on keys and guitar, and Jack Flanagan on bass.

With five albums under their belt (soon to be six after their upcoming release in April), Mystery Jets have become known and loved for a plethora of sing-a-long songs, such as “Two Doors Down”, “Young Love (feat. Laura Marling)” and “Bubblegum”.

We spoke to Blaine about how the spirit of protest inspired their next album, the changing musical landscape, and much more.

Your album, A Billion Heartbeats is due out in a couple of months. What are you hoping to communicate through the new record?

The songs on the album were written during a year-long period (2017-2018), during which I was living in an empty building just off Trafalgar Square, in the centre of London. We had just had the E.U referendum, Trump had recently won the U.S election and there was a noticeable shift in how polarised society was becoming. Most Saturday mornings a demonstration would pass by my front door so I would just walk downstairs and join the melee – not necessarily to partake in the chants, but to listen, in an effort to understand what people were marching for – Black Lives Matter, Save the NHS, Extinction Rebellion, Help Refugees, Free Tommy Robinson…each of those experiences inspired a song on the album. So really it is an album about the spirit of protest, and the message is that maybe if we became better at listening to each other we wouldn’t be where we are today.

You recently held a ‘Speakers Corner’ roundtable event in London, inspired by the themes of A Billion Heartbeats. What made you decide to organize this?

We wanted to create a cultural space to hear conversations between amazing people whose voices feel absent from the mainstream. Writers, filmmakers, comedians, artists, and activists- who use their platform to lift and empower other people. We borrowed the name from the more famous ‘Speakers Corner’ in Hyde Park, where for decades crowds have gathered on a Sunday afternoon to listen to, and engage with philosophers, conspiracy theorists, religious fanatics and occultists about the world as they see it. Our first event took place at the Youtube Space in London and was amazing, but I would really love to be able to take it around the country to some places where these kinds of conversations are more scarce because they feel so needed right now. There are people on the margins who aren’t being listened to, and one of the things artists are able to do is help those people tell their stories, and enable them to feel seen.

Your original influences were quoted as Hall and Oates, Syd Barrett, and Pink Floyd. What would you say they are today?

We were much more indebted to our influences when we were younger. Interestingly, after you’ve made four or five albums, your music starts getting compared to itself, rather than other people’s music. I guess people probably get compared to us now, which is kind of weird/cool. First and foremost we are music lovers, so I think our influences probably come from whatever the last amazing thing we saw, watched or listened to was. It might be strings from this or a bassline from that, or sometimes it’s just hearing a song on the radio which we used to love. Nostalgia is a powerful drug and we’re all addicted to some extent. When I’m working on a song, I don’t really listen to music because it fills us the space in my head where I want the new music to live.

You’ve been releasing music and performing for almost 20 years. When you look back on your career, what do you love – and what do you regret?

Wow, that makes me feel old. We released our first EP as Mystery Jets when we were 14 and I’m 34 now so I guess it must be true. Crazy. I definitely miss members who have left the band, because we shared big parts of our lives together, but then I’m still close to everybody. I think we would have had a steeper trajectory if we had released our second album first because it sold a lot of copies. But then It wouldn’t have sounded the way it did if we hadn’t first paid tribute to all our formative influences on our first album, and gotten all that out of our system. In a way, it’s pointless playing out alternative versions of the past because if things had worked out differently, we wouldn’t sound the way we do today. And I love the way we sound today. If I wasn’t in the band I would love to produce a Mystery Jets record. 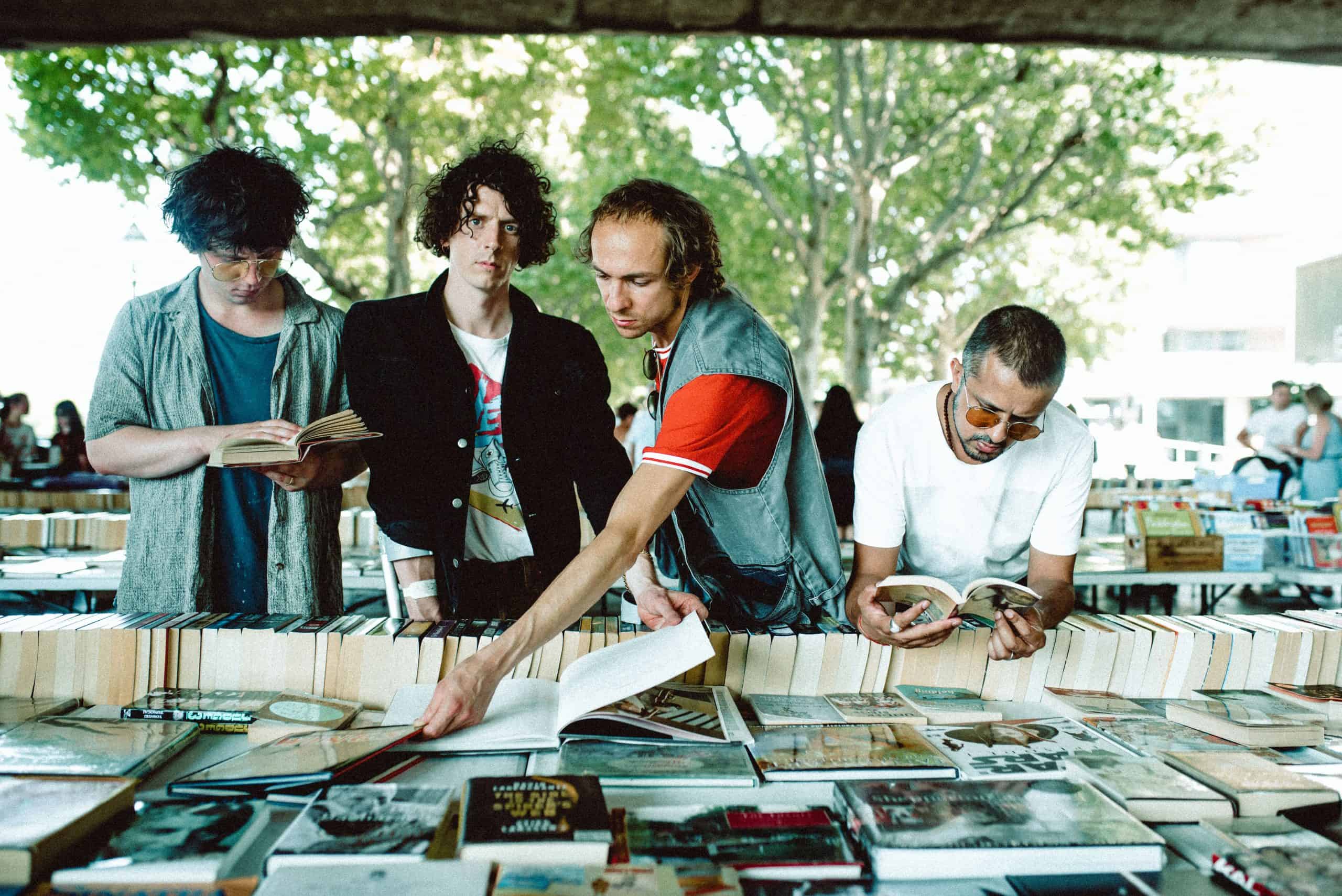 In this period, the music industry landscape has changed dramatically. How do you feel about the takeover of streaming and the subsequent future of the album as a format?

In the 70s’, Huge artists like Bowie or The Stones made albums just so they could tour, sometimes even two a year, because that’s where the money was, and it was all about putting on a great show. But then suddenly you had MTV and artists like Michael Jackson and Madonna selling millions and millions of records so that changed the shape of the industry, whereby touring became promotion for the product. But after downloading, all that changed again, and touring once again became how artists made a living. As for how things have evolved in the age of streaming, getting on a Spotify playlist followed by a million people now means more than getting daytime plays on mainstream radio. So that becomes the thing, but then the danger becomes having one song that millions of people know you for. A lot of young artists would kill for that, but once they saw the annual streaming revenues they would be shocked.

Whether you’re a Billie Eilish fan or a Radiohead fan – or both – I still believe that an album is the most powerful connection you can have with that artist. Albums are actually getting longer too, so I don’t think they’re on the way out just yet.

Which of your records do you regard as the best?

Every artist knows the answer to that question: The new one.

Where do you feel more at home – the studio or the stage?

One without the other is devastatingly boring. Both or none at all.