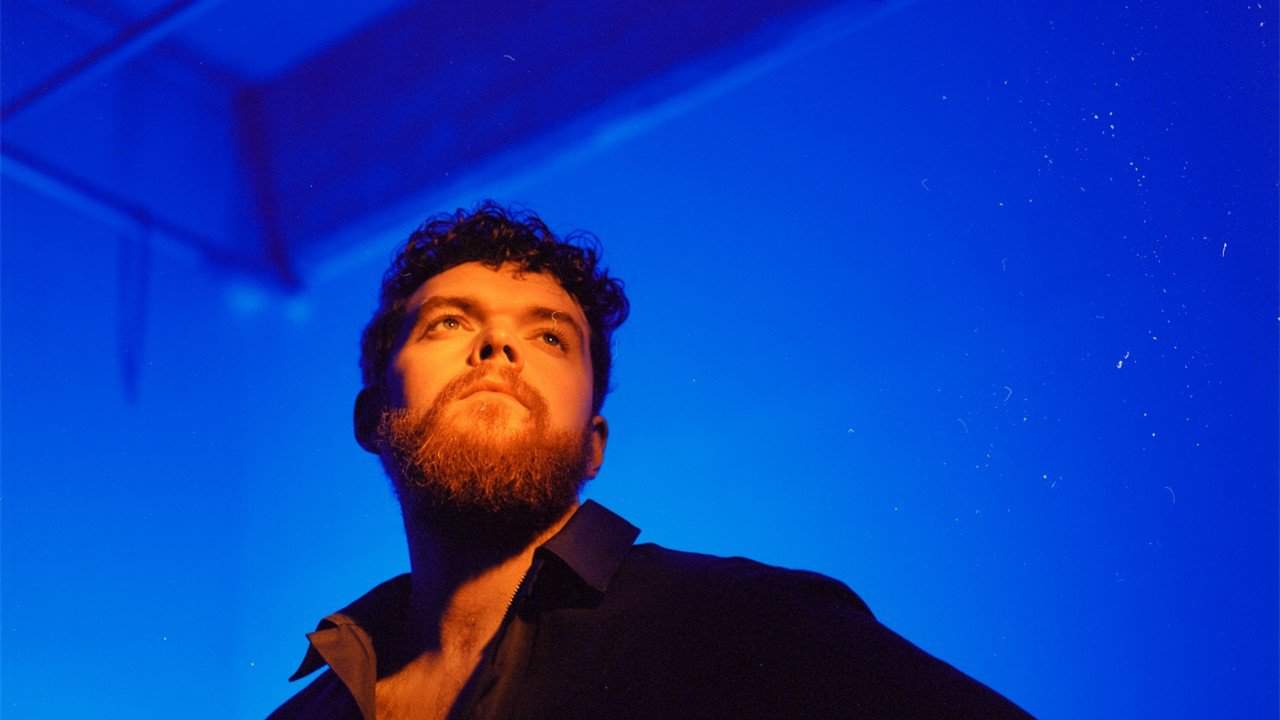 After years of hard work, 2016 saw Jack Garratt release his debut album, Phases. Since then, his musical journey has gone from strength to strength.

Garratt worked with the likes of Katy Perry on her album, Witness, got signed to Island Records, won the Critics’ Choice Award at The Brits in 2016, supported Mumford and Sons on a UK tour, and is now getting back on the road in support of his second album, Love, Death & Dancing.

We spoke to Garratt about his upcoming album, the importance of self-care on the road and being back on the road.

Being on tour allows musicians to visit countries and cities all over the world, but February 22 saw Garratt step foot in the UK’s second-biggest city, Birmingham. “I’m happy to be back in Birmingham,” he told us enthusiastically. “It’s been a little while but I’m looking forward to it.” With tight tour schedules, artists don’t often have time to see the sights the location has to offer, but luckily, Garratt and his team scored a day off the day before the show. “I walked around a bit. My wife came up for a bit, so we got to chill out which was nice,” he said.

For Jack, having not toured for a few years meant that when it was time to get back on the road, he was able to implement ideas such as a ‘no phones’ rule to shows. “Everyone gets a recyclable mailing bag to put it in. Each bag came with a little note from me explaining the reason why I did it,” he tells us.

“It’s more for me than it is for anyone else. I know for a fact that people don’t like seeing a sea of phones at shows, but we all do it regardless, even though we know we don’t like it. But my point this time ’round is that it’d be new music that people will hear before the album. I would rather ask people to put their phones away. I think it’s a fair thing to ask people to do. Additionally, this has created a genuinely intimate environment”

I want people who listen to my album to work for the satisfaction of listening to it in the same way I have worked to create it.”

“I want to give everyone the song once and take it away for about three months! There’s so much pressure that is put on artists to give and give and there’s not as much pressure on the audience to give anything back. It’s money, time and investment, as they buy the ticket or buy the music. I want people who listen to my album to work for the satisfaction of listening to it in the same way I have worked to create it. It encourages people to be actively involved in the art that they’re consuming.”

With the release of his debut album, Phases, back in 2016, Jack Garratt is back with brand new music, in the form of his second album, Love, Death & Dancing, set for release on May 29th, 2020 via Island Records. This time around, “the writing process was pretty intense,” he explains, in comparison to his debut album.

“I’d written about 8 songs of an album and scrapped them because I didn’t like them. That was about two years ago and then started writing the material for this new album.”

Being a perfectionist didn’t make the writing process any easier though for Garratt. “The people that I’ve worked with have been very accommodating to my unnecessarily specific perfectionist ways. It makes things a lot easier if you know what you want. It’s easier to know what you don’t like than what you do like”.

The fact that Jack Garratt had “only written 12 songs for the new album, and that’s it” was and still is his favourite aspect of the writing process.

While discussing Love, Death & Dancing, he also reflects on the time he worked with Katy Perry. “When I worked with her on her last record, Witness, she wrote 46 songs and they picked around 15. That’s because that’s what works for her.”

“It takes me forever to finish a song! Other people must tell me to stop sometimes. I’m a perfectionist.”

Garratt also mentions how being a perfectionist can be hard, especially with this album as “it’s taken a long time to put together”.

I would say the sound I’m making for the new album, although very different the last album, has definitely grown from Phases into something bigger and better.”

With four years since Phases, and with a new album on the way, Garratt expressed how it is “hard to compare them,” as he says that they’re from very different parts of his life. “It would be strange to compare them because of how obviously different they are. The difference to me is comparing points in my life from when I was 23/24. I’m two completely different people, in a way that only can be for what I’ve been going through and how I’ve been treating myself.”

Garratt also identifies how important growth has been, both within his career and personally. “I’m a person who has grown and growth is only a good sign when it comes to learning from your experiences. I would say the sound I’m making for the new album, although very different the last album, has definitely grown from Phases into something bigger and better.”

Being back on the road gives an artist a time to preview new music to an audience before the album drops. This is what this current UK tour allowed Garratt to do. Although this must be an exciting time, nerves also play a part before he gets on stage. “I’m a very nervous performer until I walk on stage. When I’m on stage, everything has to happen. My mind adopts a level of calm about all that stuff. But when it comes to nerves, I try and stand near where I’m walking on stage before I go on, as I can feel the energy in the room and helps me connect a little bit more.”

“I also have a playlist before I walk on stage that I have on shuffle. It’s everything I’ve listened to since I’ve been making this record – from Randy Newman to Leon Vinehall. I want to know that when I make the first step onto the stage, I want to know that we’re in the same place mentally. It doesn’t calm me down, but it hypes me up.”

Besides his pre-show nerves, another battle that Garratt is facing is loneliness; a prevalent issue for many artists during the creative process.

“The toughest thing about being in the studio or on tour is because I write, produce and come up with ideas on my own and because I also perform on my own – I don’t have a band. So, it means that when other people around me that I work with are doing their jobs, I’ve often done mine, so it leaves me with my fingers a bit.”

“I do have an amazing crew of people around me that helps me feel less lonely. The studio is a similar place. I don’t think there is a way of combatting it. Every day is different, I’m better now at being able to talk to people though. I’m just learning to deal with myself”.

Whether you are a musician, a lawyer, work in an office or work from home, self-care is very important. At times, we can forget to look after ourselves, especially when work becomes the top priority. “This is so important. I talk about this a lot,” Garratt says. “There are many definitions of what self-care is. The most important thing is being able to figure this out for yourself. I’ve got a good friend of mine who got sober, as he found himself in a place where he was depending on alcohol. He stopped drinking and about two years later, he started again. The best thing about this story is that him starting to drink again was a sign of him being in control of his environment, which I would say was a success. An act of defiance which proves he can care for himself. It’s all about what these moments mean to you.”

“Take care of your body. There have been moments where I have known that I’ve needed to take better care of myself, but I have refused to and those are the moments that I have broken. It catches up with you very quickly.”

Even when it comes to events such as The Brits (although this year “there was an atmosphere in the room that I don’t think there has been for a long time from what I got from people like Annie Mac and Clara Amfo”) for Jack, The Brits can be quite a triggering time, even after winning the Critics’ Choice Award back in 2016.

“It sorts of signifies a moment in my life where I felt the least confident and the least in control. Every year when it comes around, it’s also close to when Phases came out, which is why it has been nice this time of year, as I was on tour. I remember watching it a bit as a kid and I remember being excited about it. All the pop stars together in the same room!”

When we asked about his favourite artists at the moment, Garratt revealed: “Lapsley is the first person that comes to mind. She’s put out a phenomenal EP and there’s a track on it called “Womxn” which is my fav song so far this year. There’s also an American artist called Ethan Gruska, who released an album called En Garde.”

The singer-songwriter has recently been expanding his musical taste a bit by listening to composers such as John Turner. However, “There’s too much new music and I can’t listen to it all. It means that I’ve started casting my net wider.”

For most of us, listening to new music allows us to potentially find a new favourite artist and explore the variety of music that is out there. But for Jack, with there being so much new music, this can sometimes be tough when it comes to creating his own music. “It’s making me be way more critical. Having things, I know I love is easier than having a lot of things that I know nothing about. I like to take time with the music I make and coincidentally I like to listen to music that I know people have taken the time to make.”

Everything that Jack Garratt has learned along the way – from his writing style and recording process to learning how to prioritise his self-care – his journey all leads to the creation of his upcoming album, Love, Death & Dancing.

So what does this year hold? Well, we can expect “a lot more touring” from Garratt, for a start. “And I will be everywhere. I’m really excited and it feels good to have music out that I love and that people are excited about.”