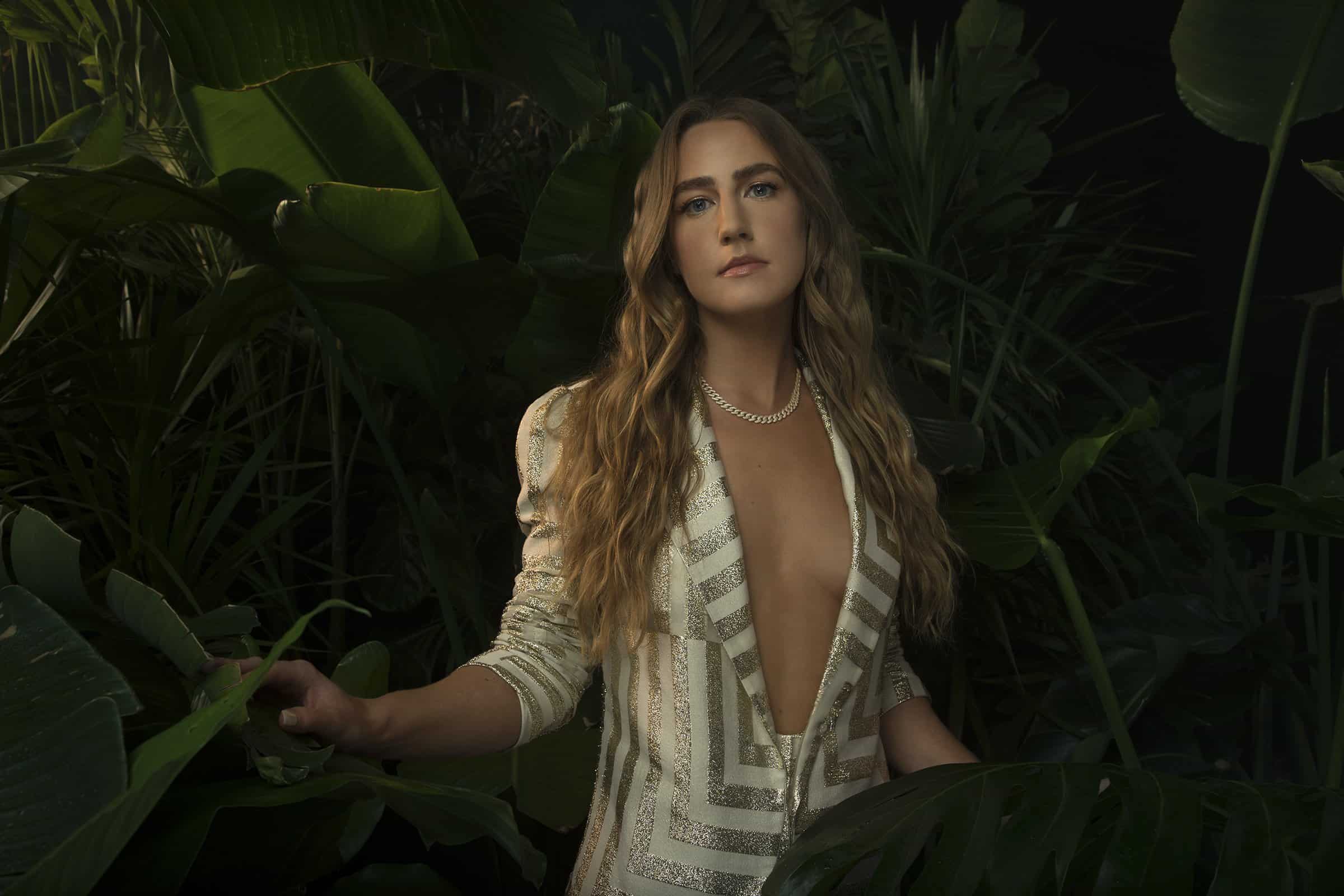 Rising country artist Ingrid Andress may have just released her debut album, Lady Like,  today, March 27, but she’s on track to be blaring from your speakers for years to come. The singer/songwriter has penned tracks for other big-name artists, like Bebe Rexha, Charli XCX, and Dove Cameron, and now she’s telling her own story. She was recently featured as an Apple Up Next Artist, the first country artist to be featured. We talked to her about the Apple documentary she starred in, what her songwriting process looks like and her favorite tequila.

Getting to do this Apple doc is so amazing! What was it like working on it?
It honestly was a next-level experience for me. I’ve never had such a big production idea that focused entirely on me and my life before, so it was a little overwhelming but totally worth it! I feel like once I got used to all the cameras and stuff it felt very natural and I was actually able to be my true self.

For people who are very new to you, how would you sum yourself up in a sentence?
I’m an observer and writer of human emotions but never take myself too seriously.

You mention in the Apple doc that you felt out of place growing up — can you expand on what that felt like and how music got you through that?
It felt isolating at first, but at the time I didn’t think I was isolated. I just knew that I didn’t have the same interests and thoughts as the people around me and I needed to find other ways to express myself. Music was that thing for me because it was something I could do all day and never get bored of it. It also made me feel content with who I was because I could create whatever I wanted to without having any boundaries. I started songwriting because it was my way of expressing to the world how I was feeling without worrying about having to fit in.

You’ve written songs for other artists — what’s it like to hear these artists singing your music?
I freaking love it! Not everything I write makes sense for me to sing, so I love it when other artists find a piece of themselves in something I’ve done. It feels like I’m helping them achieve their goals of who they are as an artist.

How is the songwriting process different for you between writing for other people and writing for yourself?
When I write for other people, I focus more on what’s happening in their lives and whatever interests them. I still bring a piece of myself to the song so it’s authentic, but I put myself in their shoes for most of it. When I write for myself, it’s entirely about my thoughts and feelings. I’ll usually write about a specific event or emotion that I’ve experienced. It helps me process things.

So tell me about Lady Like and the writing process for the album.
It’s a compilation of songs I’ve written over the past three years that all tell a story about things I’ve felt or gone through during that period of time in my life. Because it’s my first album, I wanted people to get to know who I am as a person, so all of the songs are based on true events. I’m a co-producer on the album, so that was a fun process for me because I got to take what I was hearing in my head and bring it to life. All of the songs were written on just a guitar or piano, so building the sound of each song was such an enjoyable process. I think a good song sounds great on just piano or guitar, so when you start with something sturdy like that, the rest of the journey is exciting! I wanted every song to have its moment, so I limited it to eight songs because there aren’t any “filler” tracks. Every single song has a story and something meaningful about it.

What other artists do you admire? Whether it was musicians you loved growing up or musicians who are killing it now?
I think the next generation has some cool artists. I’m friends with FLETCHER and Lauv, two really dope pop artists who I have always admired because they’re changing the game in mainstream music. I think Labrinth put out an incredible record, and I love that he produced it all himself. And I love that the Dixie Chicks are back!! I listened to them growing up and really love their storytelling and vibe.

You got to play a couple shows with Dan + Shay so far and will hopefully get back on these upcoming tours later in the year — what’s it like getting invited on these tours and playing these massive stages?
It’s a surreal experience. I released my first song only a year ago, so these opportunities are very wild to me. I appreciate Dan + Shay so much for even thinking about including me in their success. I’m looking forward to touring when everything starts back up again because those three shows with them were one of the highlights of my life so far!

Real talk: I can tell you love tequila. What’s your go-to tequila and how do you drink it?
I always have a bottle of Casamigos Blanco lying around somewhere. If I’m playing a show I’ll put some soda water in there to stay hydrated but I enjoy drinking it straight. It depends the mood of the day really.

And finally, other than releasing Lady Like and joining other artists on tour, what’s next?
I know this record has just come out, but I’ll probably start writing more songs for the next record! I think there’s a lot going on in the world that needs to be talked about, so what better way to start a conversation than to write a song about it?