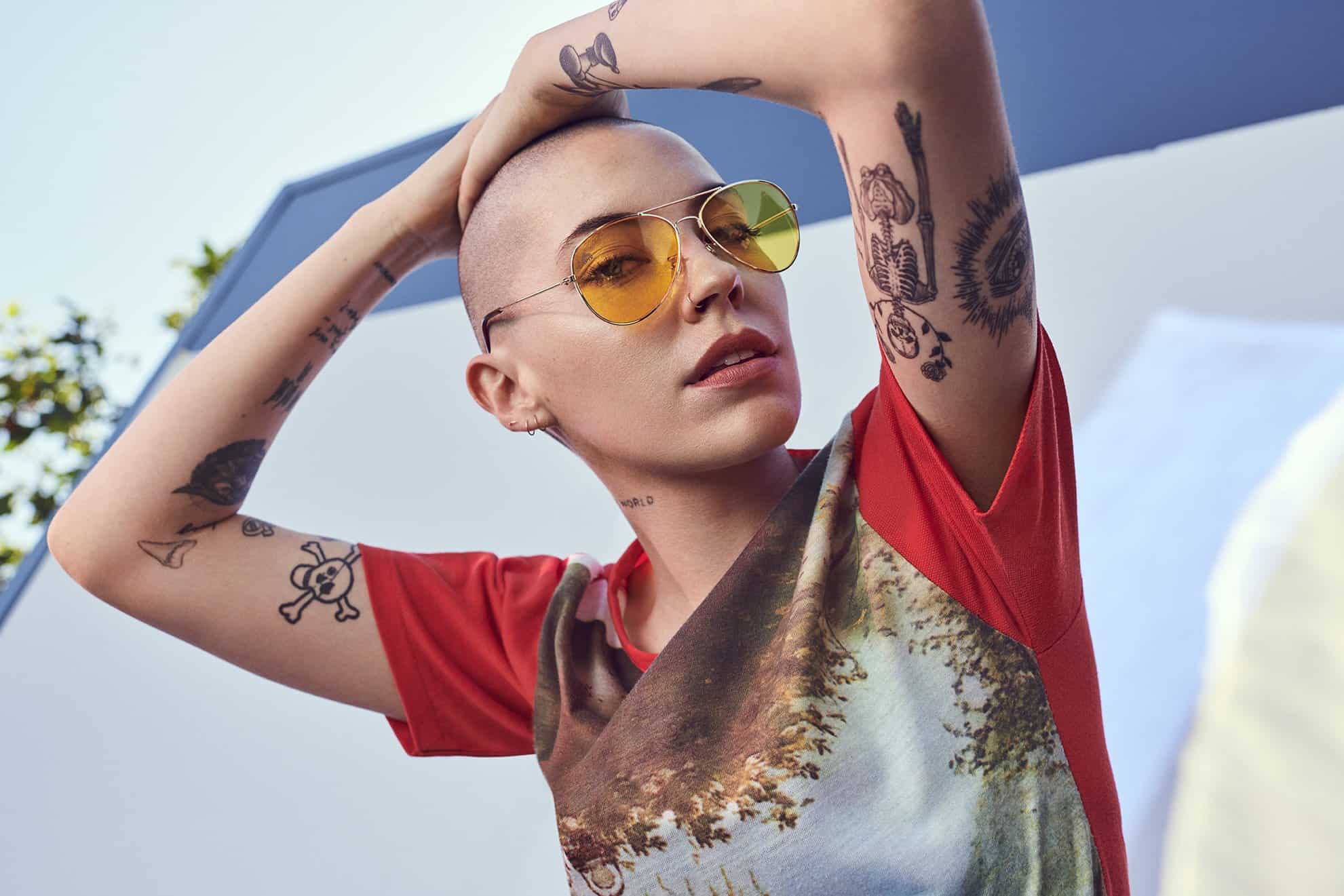 Bishop Briggs has one of the warmest, most comforting voices I’ve ever heard. That should be expected after listening to her music, but still. Her excitement and friendliness are so genuine that it immediately erases any lingering tension or leftover nerves. It’s strange to see that openness contrasted with the darker subjects touched upon in her latest album Champion.

But then, the work that Bishop Briggs has done following a particularly painful, and ultimately empowering breakup has brought about a very real sense of confidence and self-reflection. It seems that with every new iteration, the singer only becomes stronger and more assured of her own power and identity. And there is still even more to come.

You’ve said of your latest album Champion that it was a liberation from your past self and the insecurities you were hanging onto. What did it feel like you were liberating yourself from? How did you go about letting go of these insecurities?
I was constantly questioning myself. [After my breakup] I asked myself, why did I pick this person? I realized there was a lot that I needed to work on, so it was important for me to bring positive people back into my life. It was a lot of self-realization and liberation from old habits. We all have these embedded stories and traumas in our childhood that can come back as we get older. I had to confront these things for myself.

The songs on Champion feel a little more confident, despite the heavy subject matter. Was this what you were going for? Were you looking to make something kind of divergent from your past music?
The funny thing is that at the time I had no intention of creating an album. It was a very organic and natural experience. A lot of just letting myself feel my grief. Showing up at studios, crying and bearing my soul. I sent my sister the demos and she said it could be an album. I really needed that validation. It was such a sensitive topic, and I really could have only ever heard it from my sister, that it could be something I could release. Making this album, I just really wanted the people who listened to it to feel less alone. The first thing I did after the breakup was google “how do people get through a breakup.” You know people have gone through this, you see on TV and in movies, but the emptiness you feel can be so isolating. I turned to Adele and Amy Winehouse and the way they sang about these things was so specific and so personal, that I just felt, well if they can get through it, so can I.

Did the process of making this album differ from your debut? Did you feel more confident this time around, or is there always a sense of uncertainty when you release new music?
Part of the appeal is that sometimes you don’t really know you’re making an album. With my first album, I was touring at the time and covering a variety of topics in my writing. That album took a year. This time, it was written in two weeks. My experiences of grief have all been different. This was a total purge of emotion. Visceral and raw. It was an important piece of being myself, of being authentic, not being afraid of myself, or afraid of occupying space. The Me Too movement was also happening at the time, and I feel like that made space for this sort of authenticity. It made space for women.

Can you talk a little bit more about the #MeToo movement and how it affected you?
It had an impact on every single industry. I remember reading some of the stories, and realizing that I wasn’t alone. The movement made room for more conversations where people could share these stories. I started really confronting some of my own experiences. I work in a male-centric industry and have had tons of different experiences. So, in the process of thinking about what I would share, I began to make a shift.

What sort of inspirations go into creating your music?
It varies, but I like writing about the things I’m working through. I was given some advice, to write music that leaves you so vulnerable that it feels embarrassing. I took that advice with this album. I wasn’t protecting myself, or him, I just told the truth. Creativity and inspiration come from truth. The point was to uncover that shame and work through it.

Did you feel nervous about the decision to shave your head? How did it feel after the fact?
I did it for my friend Arax who was diagnosed with breast cancer. She shaved her head so I decided to shave mine as well to show my support. When I first saw part of the side of my head shaved, I had never felt so much like myself. I’ve maintained it because I remember being 13 and begging my mom to let me shave my head. Throughout my life, I’ve wanted to do that but never did because of that societal pressure to look a certain way. I always tried to find myself in that anyway. I would wear my hair in buns or in pigtails to remain true to myself, but I felt most like myself after shaving my head. I didn’t care what other people thought because it was authentic to me. I felt like myself. We are redefining femininity and that also came from the #MeToo movement. Different types of beauty, owning your uniqueness. Being attractive is about you feel about yourself.

Therapy isn’t something that is talked about very often and there is still a strange stigma around it. You’ve talked very positively about therapy. Is there anything you would say to someone who is considering taking that step?
It is a really vulnerable experience, and something that puts people off is that difficulty in finding the right match. Do research. Explaining your life to someone holds up a mirror to the positives and negatives of yourself and your life. The person I work with has a lot of creative clients, so she has a better understanding of me than if she was someone who only worked with people who do 9-5’s. It’s really important to find someone who is going to have the tools to understand you and where you are coming from.

Anything else coming up that you are excited about?
I’m releasing new music soon, and my next show is Coachella. Which is insane to say! So, yeah, be on the lookout for new music.

What makes a champion?
Owning your vulnerability and sitting in your truth and pain without apologizing. And if you do apologize, because that is something we have all been conditioned to do, acknowledge and accept yourself for everything that you are anyway.