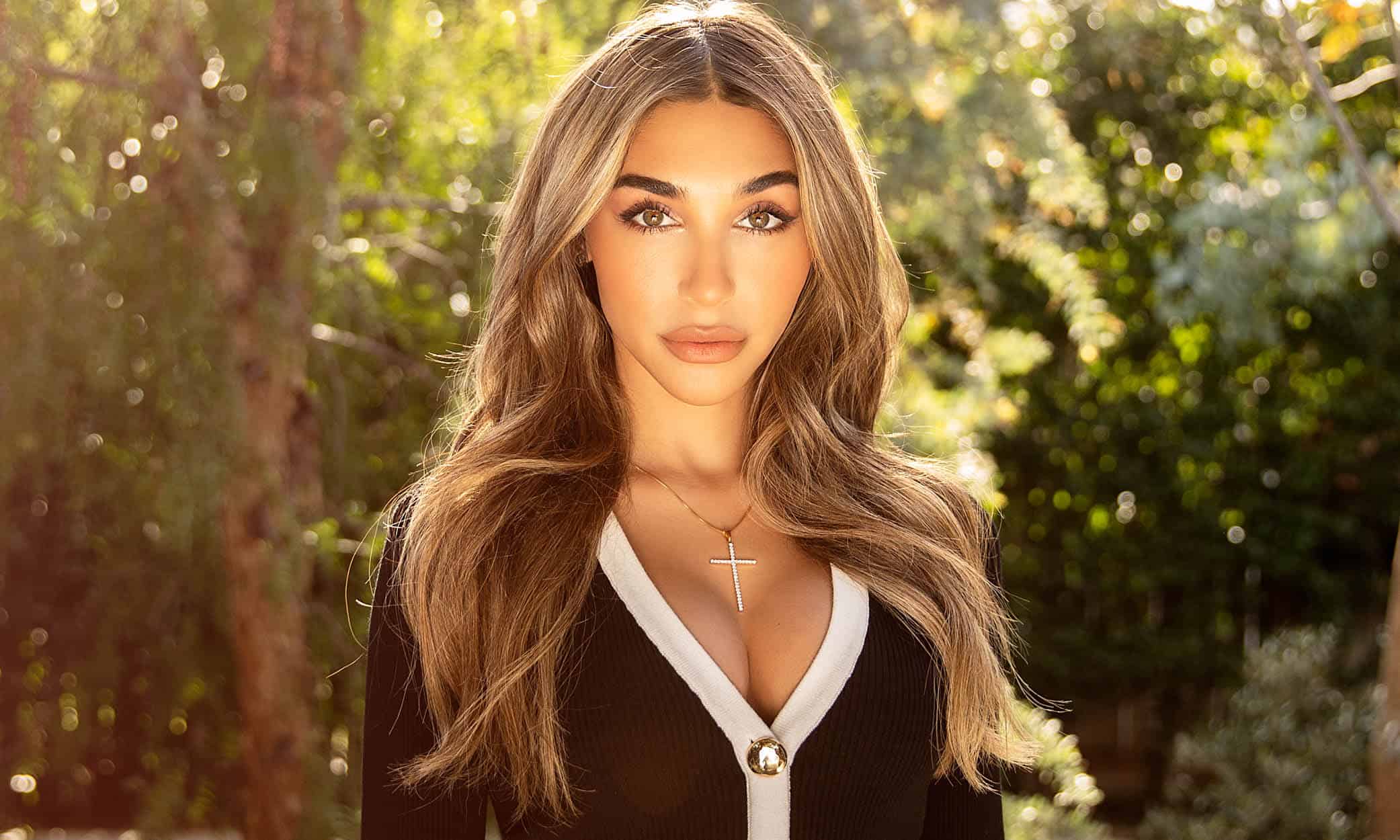 It’s 8:30 pm and my phone lights up in the dark corners of my bedroom, the text on the screen reads a mysterious number. Without answering I can already feel the sunshine, the pop culture, paparazzi and everything that flows with it.

San Diego born, but everywhere raised– Chantel Jeffries has always been viewed as something of a beautiful enigma. Her appearance is somewhat mystifying, and she’s someone who made a gradual yet solid emergence that’s here to stay. Chantel Taleen Jeffries, otherwise known as Ceejay The DJ, first captured the attention of the masses on the internet with her alluring online presence, but if the term “more than just a pretty face” was personified– it would be her. Yet, Chantel Jeffries is not your average model and influencer; with the mindset of a CEO and an ever so curious spirit of an explorer, this Libra is a diplomatic idealist who has hustled hard to get to where she is. Her music proves to be emblematic of her real-life with star-studded features ranging from Offset, YG, and Jeremih to BlocBoy BJ, Rich The Kid and many more.

But let’s go back… Chantel attended Florida International University where she studied Communication Arts and Fine Arts, but she considered this to be merely a stepping stone into helping her become more confident in herself as well as heightening her passion for creating. “It makes you a performer at the end of the day. Doing it gives you the confidence to be able to get up there and express yourself. I’m just someone who has always been into performing. Like, you know when kids are just always energetic and crazy? I was always that kid that would put on performances for my parents and friends.”

Her spirit stems from a diverse household with fluid morals that values both discipline and creativity. With her mother having various projects such as writing and hairstyling and her father being in the military, the family frequently moved around the United States throughout Chantel’s childhood. This was where she discovered her passion for music, regardless of genre. “The first memory of my favorite song was ‘Achy Breaky Heart’ by Billy Ray Cyrus [laughs]. It’s funny because it’s so random, but I listen to so many types of music. Growing up in so many places around America allowed me to see [and experience] loads of different influences. I think living in those environments exposed me to all different genres and I grew up enjoying every type of music. I think that’s what lead the groundwork for me.” 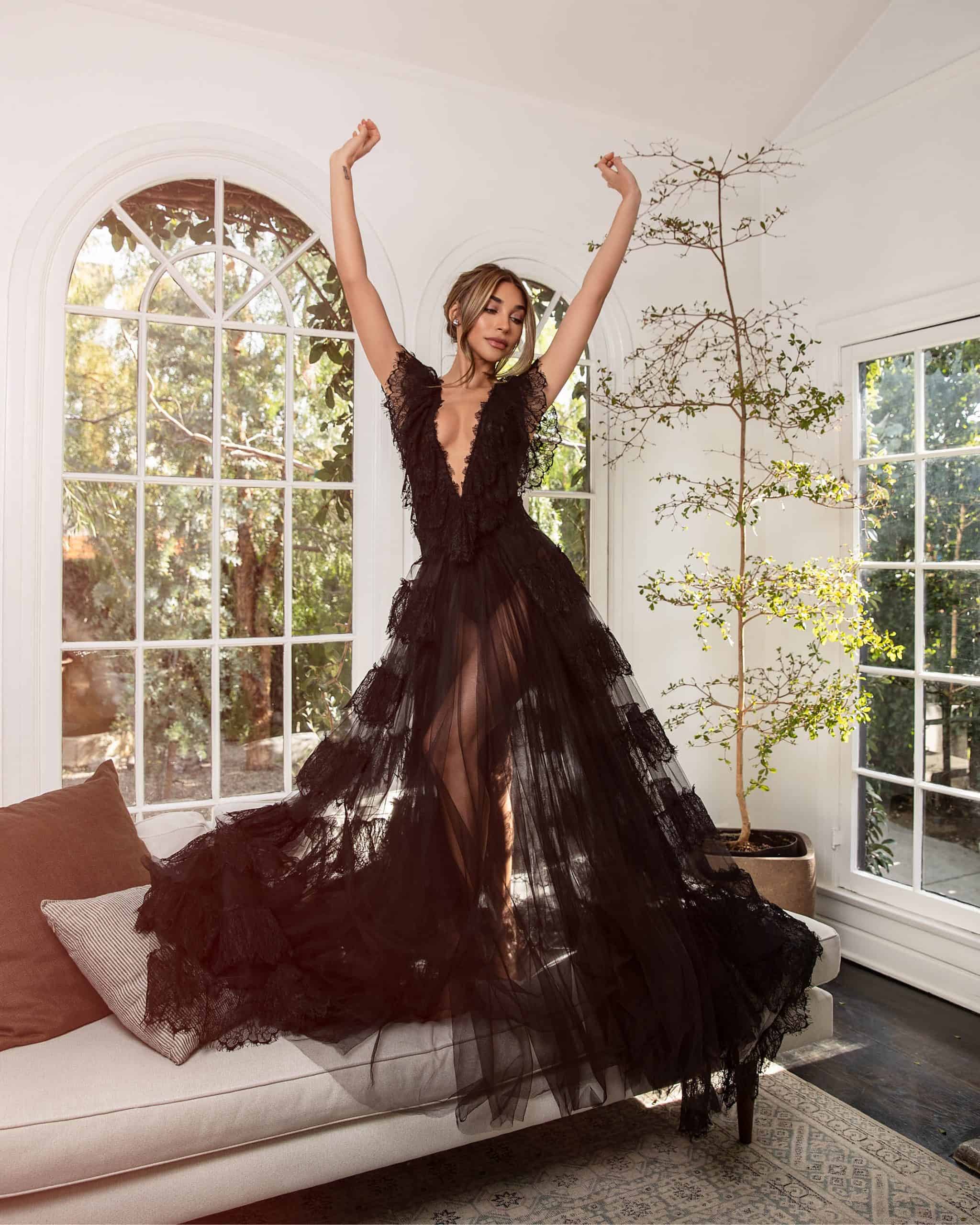 Social media is often considered a Gen Z game, but millennials walked so that the future generations could run. Chantel is amongst those that lived through the halcyon days of MySpace profiles and the first-world struggle of downloading, burning and Bluetooth-ing music before the days of Spotify and Apple Music. These early experiences helped Chantel learn how to navigate the internet and its trends since as early as high school, now she listens to over 150 songs a day just to stay informed. “I think that social media gives you so much information and exposes you to so many different things that you might have not known that you liked. It allows for infinite knowledge that you can tap into, which is something that I’ve appreciated over the years. I definitely think that’s helped me discover a lot of artists and songs. It makes you excited to discover new things that can add positivity to your life. It can give you so many sources of inspiration.”

Her career as a DJ may have surprised a few but to those who have been paying attention, she has always been curating music on Soundcloud. And while we know about the gender imbalance generally in society, unfortunately, music is no exception. Nonetheless, Chantel Jeffries is within the selected few that have prevailed amidst the inequality, being the first solo DJ act to wrap up a 20+ date residency with Hakkasan Group as well as having released multiple singles that have made it to Billboard’s charts– “Wait,” which featured Offset and Vory, debuted at #4 on Billboard’s Dance/Electronic Digital Song Sales chart.

However, when it comes to gender imbalance, Chantel sees the hurdle as motivation above all else. “I’ve always looked at it as something that’s a reality of the world we live in. The fact that it’s a male-dominated industry isn’t a good or bad thing because I use it as motivation. People have preconceived notions of the fact that I am female but I never let that stop me. I feel like, within the space that I’m in, people are very collaborative. When you’re a DJ, you’re not just playing your own original songs, you’re playing other people’s music for a crowd so it’s one of those collaborative efforts where most DJs have great relationships with other DJs. We all support each other’s new sounds and you need other artists and their sounds to put on the best performance. I just look at it for what it is and use it to fuel me.”

Despite any issues that being in the public eye brings, Chantel has always envisioned herself here. “I didn’t ever think that I wouldn’t be where I am now. I went through life focused and dedicated. I never really knew exactly where I would end up, but I knew I would end up where I wanted to be. It’s just the way that I was raised.” Besides Rihanna (obviously), Chantel refers to past and future versions of herself for motivation, obsessively keeping an archive of her life, she continuously looks to herself to find ways to improve her mindset and find inspiration. “I just draw so much inspiration from so many different places and I honestly get so much inspiration from myself, in a way. I’ll feel down at times, but then I’ll watch my old videos or look at old photos and I’ll snap out of it seeing my best moments and just motivate myself and say, ‘This is you! You already are this person. You just need to remember that, don’t get down on yourself or feel a certain way because this is you.”

As the old saying goes– an entire sea of water can’t sink a ship unless it gets inside, similarly, the negativity of the world can’t put you down unless you allow it to. And with the pressure to be a specific kind of artist and woman is one that Chantel knows all too well, yet feels it more from herself than others. “I never feel like I need to change for somebody else, but I have this thing with trying to become the best version of myself. I also feel like I should be someone who’s real and be someone who others can relate to and know that I’m not perfect– because none of us are– so I never want to hide my flaws and make people feel like I’m an unattainable version of a human. If anything, it’s just me being my real, authentic self. It’s the only way that I want to be and just share things about myself that are my insecurities or were my insecurities at one point. I’ve become pretty good at accepting them.”

When Chantel isn’t working, she spends her downtime just like anybody else: traveling, spending time with her friends and living life. Most of which, she broadcasts on social media, oftentimes with friends and models like Cindy Kimberly and Alissa Violet (the ultimate girl gang) as well as others. Ultimately, Jeffries sees life as something to grab by the horns. “My motto in life is just to always put in the effort, be a good person and let life take you where it wants to. That’s something I’ll continue to live by, as well as staying to myself and continuing to work on becoming a better person. That’s always been my goal, to be a better version of myself. Being someone who is motivated, disciplined, fair and balanced… Just a better version of what I’ve always been.”