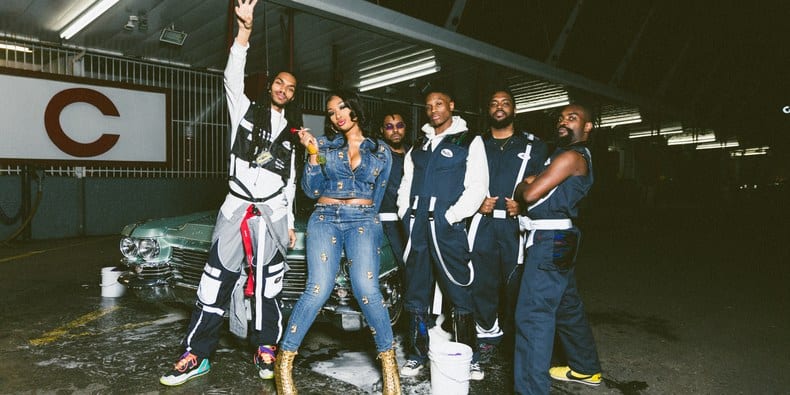 The R&B/hip-hop group makes music that’s been described as “seductive” and this song is no different. The track was first debuted back in December during Megan’s NPR Tiny Desk concert, where she and Phony Ppl performed together. The teaser was infectious and the end result did not disappoint.

The song begins with a bouncy, fun tempo and the cheeky lines:

“You’ve got a man, but you fuckin’ around / Riskin’ it all baby just to get down.”

Frontman and lead vocalist, Elbee Thrie, skates over the beat and tells the story of a girl who’s out with her man but is still eyeing other people:

“He turned his back just for a second look at what you do / Sending me the supersonic signal / You ain’t lay a finger but I feel you / Independent woman, I won’t tell you how to act / But you and I both know we could be gone ‘fore he gets back.”

The song is coy and groovy. It’s very modern, yet still feels undeniably old school. The track really hits its stride when Megan comes in with her usual flair:

“Don’t ask questions if we just sexting / I got situations, no confirmations / Everybody wanna know who Megan dating / Well that depends on whatever the day is.”

A song this infectious demands a great visual. The video, which premiered on February 13, takes place in a car body shop. Innocent flirting turns into a full-on dance party and it fits the song’s vibe almost perfectly. Phony Ppl even shared some BTS pictures from the video shoot. And if the video wasn’t enough in terms of visuals, they’re even selling merch to go along with the release.

If this song is any indication of Phony Ppl’s next album, it’s sure to be a classic.