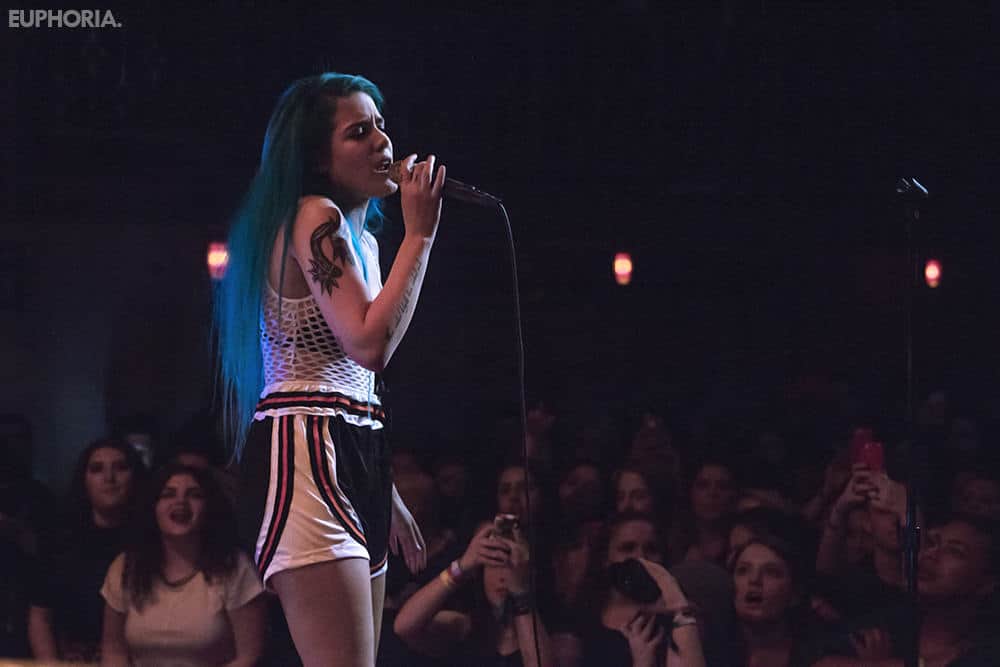 Halsey – Experiment On me

Having just released her third studio album Manic in January, alt-pop singer Halsey is back with another track that’s bound to surprise listeners. Featuring on the Birds of Prey soundtrack, “Experiment On Me” is an intense, passionate, genre-bending anthem that details the complexity of the movie’s lead character, Harley Quinn.

For new listeners of Halsey, or for those more familiar with her radio hits, this track will act like a slap in the face. While she has ventured into this territory before with the track “Nightmare”, it’s safe to say she’s taken her emo rock roots to the next level here. The production is heavy with drum and bass, distorted guitar and a pulsating synth that ties it all together. Taking this into account, it’s no surprise “Experiment On Me” was co-written by Bring Me The Horizon members Oliver Sykes and Jordan Fish.

What truly shines in this track is Halsey’s vocals. She is known for her flexibility and tone, but she shows a whole new side to her and does so with authority. Her diction is sharp while she growls lines like, “Let you think you get the picture / Bitch you don’t know how good I treat ya.” She continues this theme in the chorus where she flips the switch on a popular metaphor and sings, “I’m pretty like a car crash / I’m ugly as a lullaby / You really want to try it / Experiment on me.”

The bridge is where things slow down as the production resorts to EDM elements that eventually build to a dramatic finish. Halsey’s lyrics continue to flip stereotypes as she sings, more calmly, “Lock up your sons / Make way for the daughters / You’ll be the lamb and we’ll be the slaughterer / You’ve burnt the witches, now you’re defenseless / Who needs a Y with this many X’s?” Once the bridge builds, the heavy production returns – as does the refrain – but this time, Halsey screams the title words with visceral anger. It’s a dramatic yet seemingly perfect way to end this ferocious track.

The Birds of Prey soundtrack is a star-studded compilation album featuring all female artists like Doja Cat, Megan Thee Stallion, Maisie Peters and many more.