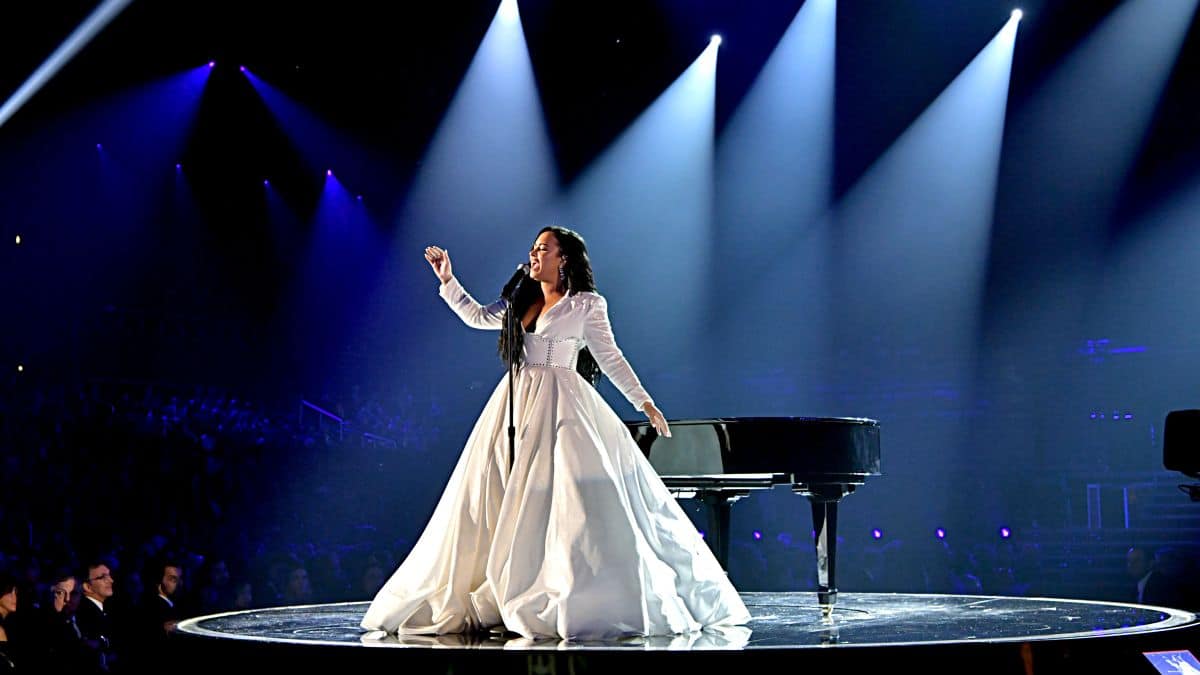 After a long and perhaps much-needed break from the music industry, Demi Lovato made her return to the stage the only way she knows how – with a bang. Only very few people can say they’ve performed at the Grammy’s, and even less can say they’ve debuted a song there. Demi Lovato is now one of those lucky few, as she belted out her new heartfelt ballad “Anyone” on the Grammy stage.

It’s a vulnerable track, with little production fanfare aside from the piano and her own soaring vocals. As a result, you can feel the pain and struggle that Lovato must have been going through for years. There’s sadness, desperation, and a strong sense of loneliness in the lyrics. It’s even further reflected in the effective use of silence and space in the sonic arrangement of the song.

With lyrics like “A hundred million stories, And a hundred million songs, I feel stupid when I sing, Nobody’s listening to me” it’s hard not to see the song as an ill-disguised cry for help. After all, she recorded the track just weeks prior to her accidental overdose.

Music can be cathartic and therapeutic, but it can also be an uncomfortable reflection of the ugly truths that live within ourselves. Lovato is a master of laying herself bare, painfully and perhaps necessarily so, in hopes of it helping, healing and inspiring others. But I cannot help but be reminded of “Skyscraper.” She released the powerful ballad after her initial struggles with self-harm, depression and eating disorders became public. Eerily similar to “Anyone,” Lovato wrote and recorded the song prior to her eventual breakdown.

One can only hope that she’s now got the “someone” she longs for in her track “Anyone,” and that she feels heard and seen. That there are people in her life who understand how hard it is to live with inner demons. And that no matter how hard you try, you’ll have better and worse moments – and they need to be there for both. Because no matter how hauntingly beautiful this song is, hopefully, she won’t ever have reason to write another harrowing ballad like this ever again.