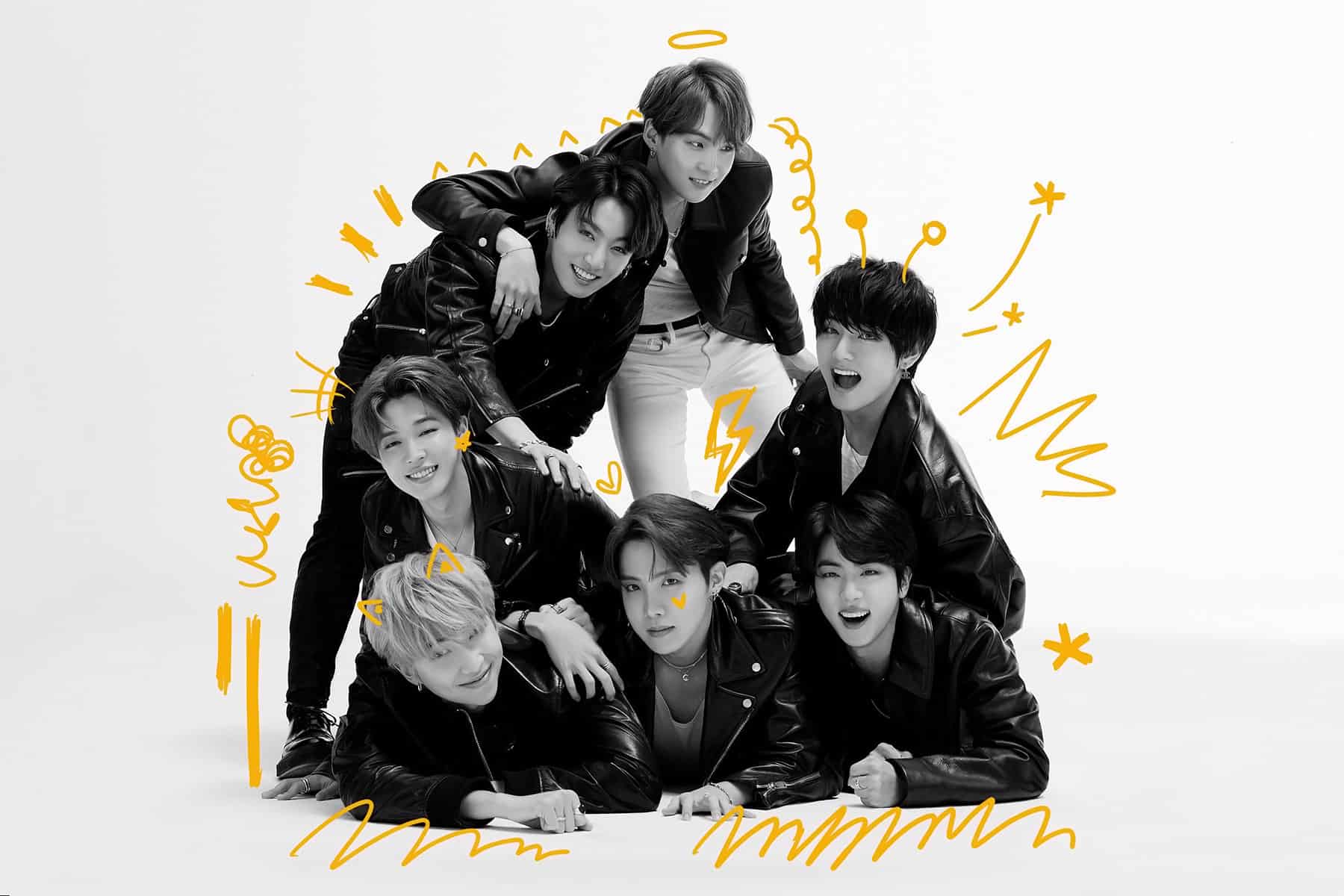 It is BTS’ time to shine and the world should not deny them of it.

BTS did not hold back on their latest and long-awaited full length album MAP OF THE SOUL: 7. The group’s seven members – Namjoon, Seokjin, Yoongi, Hoseok, Taehyung, Jimin and Jungkook, each shine on the album’s tracks in unexpected yet refreshing ways. There are new solo, unit and group songs, all of which show different sides to BTS that we haven’t seen before. Going through them all, it’s clear that this album is deeply personal to both the group and ARMY, their fans who have been growing with them since their debut seven years ago. If you are someone who hopes to dig deeper into BTS, MAP OF THE SOUL: 7 is the perfect way to do so.

Collectively, the album contains 20 songs whose genres span between pop, R&B, rap, and everything in between. Even with this unique soundscape, each song fits together seamlessly, all circling back to the idea of introspection – finding and loving your true self through hardships, pain, and happiness.

We were first introduced to the world of “Map of the Soul” last April with the group’s release of MAP OF THE SOUL: PERSONA – an EP that planted seeds for the expansion of the themes found on this album. The five tracks from the EP that made the cut into 7, (“Intro: Persona,” “Boy with Luv,” “Make it Right,” “Jamais Vu,” and “Dionysus”) are the first tracks we hear on the record and the ones that undoubtedly set the tone for the first third of the album.

Throughout the album, listeners go on a journey with BTS as they narrate their path of identifying and accepting their personas (note the first EP’s title), shadows and egos. After “Dionysus,” we are introduced to “Interlude: Shadow,” a solo track by rapline member Yoongi, stage name SUGA. Hard-hitting and introspective, smartly written yet to the point, the song is undeniably Yoongi-esque, and listeners can feel the honesty and care he took into composing the track through its small details. As Yoongi raps of his aspirations of fame and being at the top in “Shadow,” he also brings forth the struggles he goes through, and how difficult it is to maintain a persona that everyone sees while also dealing with his own shadow – a shadow that can grow so big that it’s hard to see his true self at times. Lyrically, the song is a gem, and this same quality follows suit in the remainder of the album.

With “Black Swan,” the album’s first single, the group again narrates the difficulties of growing in the spotlight. “Do your thang, do your thang with me now / What’s my thang? What’s my thang, tell me now” loops between the verses and choruses, aptly tying in what it’s like for the group to live their dreams as artists, but simultaneously doubt their identities as human beings. It’s a stunning track and definitely sets a high bar.

Then there’s “Filter,” and “My Time,” – two songs by vocal line members Jimin and Jungkook. “Filter” is arguably Jimin’s most unique track to date. With a latin infused beat and passionate lyrics, Jimin showcases his range as he sings about presenting a new side of himself to the world without filters. Listening to him sing, I’m reminded of how continuously impressive he is. Taking part in the writing on this track, Jimin has truly grown into his skin, and it is a joy to see.

In “My Time,” Jungkook too shows listeners his ability to jump into any genre he wants and absolutely devour it. Jungkook lays it all out on this R&B song as he uses an analogy of timezones to narrate his time and journey as a trainee (the years of training until his debut) up to his current time as a member of BTS. As the group’s youngest member, Jungkook cleverly references his experiences in chronological order to exemplify the confusing headspace he was once in as a young teen compared to his elder members. With stunning adlibs and runs, it’s a song that flows perfectly into the album’s second half.

“Louder than Bombs” marks the halfway point of 7. On this soft yet impactful track, the guys describe what it’s like to dive into the depths of shadows and darkness. Despite those wanting to see their downfall, they are learning to be fearless – a message that is comforting to hear.

After this, we hear “ON” – the title track of the album. Accompanied by a “Kinetic Manifesto Film,” this song sums up why I think this is BTS’ best album yet. It’s strong, fiery, and unapologetic – all aspects of a song that deserves to be heard by anyone willing to listen. The film itself is also impressive, showing just how grand BTS can go performance-wise.

Going off the fiery vibe of “ON,” listeners are then immersed into “UGH!” – the rapline unit’s song. Often criminally overlooked, BTS’ rapline – Namjoon, Hoseok, and Yoongi, are particularly special as they have an innate ability to ride any beat placed in front of them. Within seconds, we hear the sounds of gunshots, a hard trap beat, and absolute rage in their voices. They’re unbothered and hold a strength as three, all while showcasing their own individual styles. When you want the rapline to get mad, they will get MAD.

Funnily enough, after “UGH!,” the album takes a softer turn. In the standout “OO:OO (Zero O’Clock),” the entire vocal line (Jin, Jungkook, Jimin and Tae) comforts listeners as they sing about taking each day one at a time, reminding listeners to keep holding on, as the clock sets back to zero on a new day. “Inner Child,” and “Friends,” also tug at our heartstrings. “Inner Child” is Taehyung’s solo song and a sweet self-love letter to his past self. “Friends,” possibly the cutest song to exist, features Tae and Jimin – who are well-known by fans as being soulmates and best friends. The duo sing to each other about their friendship and how they will stay with each other forever. Hearing this song in a stadium will definitely be a tear-jerker.

Up next, there is “Moon,” the bright solo song by Jin. Jin seems to have a knack for writing about the things that he loves: his members, his pets and ARMY – all of which he holds close to his heart. Written by Jin alongside producer Slow Rabbit, “Moon” is carefully crafted to showcase how big Jin’s heart is. This charming track is dedicated to the fans of BTS – and we see this as he sings about being a moon that fans (the earth), can always look up to. This sweet perspective is again, incredibly comforting and a delight to listen to.

Lastly, we head into the final tracks of the album. In “Respect,” a hip-hop track by Namjoon and Yoongi, the two playfully banter with each other over the meaning of the word respect. Why is it used so often? Why is it so hard to say to each other and strangers? To them, it’s all in context. While the song itself is fun (love the “Ayo Suga!” reference from ‘Moving On!’), the lyrics are meaningful and cleverly written.

Coming full circle, “We are Bulletproof: the Eternal” is fitting as the second to last track on the album and lead in to “Outro: Ego,” the colorful epilogue of MAP OF THE SOUL: 7. “We are Bulletproof: the Eternal” is a song about BTS and ARMY. The boys’ voices blend particularly well, singing “we are not seven with you” – hinting that BTS as a whole is much greater than its seven members. Their fans are their eighth member, who will eternally be by their side.

“Outro: Ego” marks the end of the 20 song album. In this optimistic and warm solo song, rapline member Hoseok shows us his positive ego amidst his struggles with accepting his persona J-Hope, shadow, and his authentic self. Here, Hoseok encourages listeners to live their truth without fear, singing: “내 앞을 봐 (Look ahead) the way is shining / keep going now. / Ready, set and begin” I would love to describe this track as the epitome of what I love about pop music, but the only genre I can describe it as is Hobi-pop. He paves his own path and we can learn a lot from him.

All in all, MAP OF THE SOUL: 7 has proven to be BTS’ best album to date. The material is right there, and I hope that you all give it a listen. They’re worth your time.