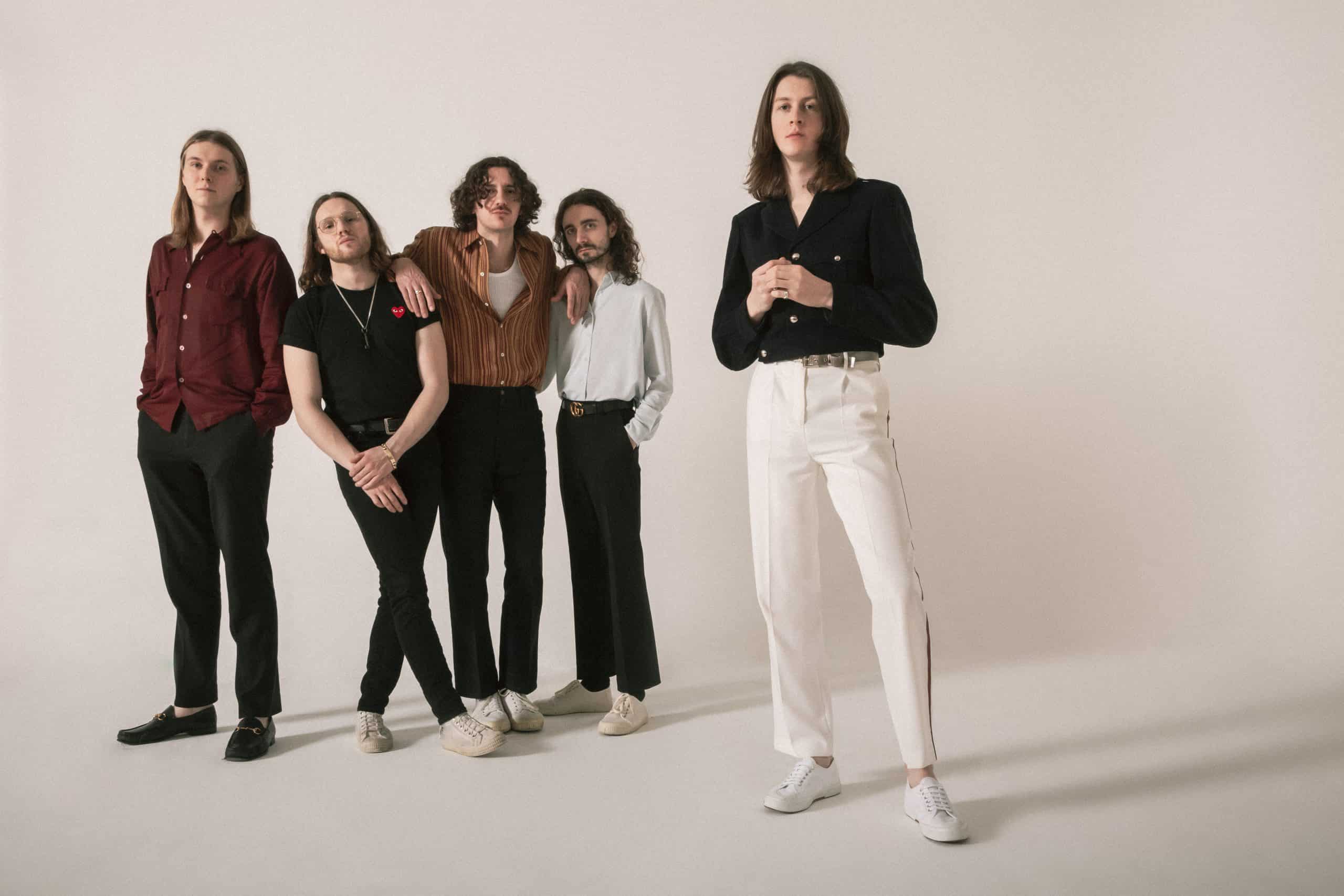 Alex Bee·
LIVE
·February 17, 2020
Share
Are Blossoms Stockport’s answer to The Beatles? Well, there aren’t thousands of screaming girls chasing after their cars, but the pride that the town has for the band is palpable.
Following the release of Foolish Loving Spaces two weeks before, Blossoms are playing two ‘Album Launch Party’ shows at their hometown of Stockport’s iconic Plaza. The Art Deco building stands tall in the town square and is illuminated with strip lights along its axis at night, a beacon among grey concrete. The Plaza signifies your arrival into Stockport as you pull through to the train station on the elevated viaduct. If you’re coming by car you’ll notice the road signs: ‘Welcome to Stockport, Home of Blossoms.’
The crowd piling into the theatre are of all ages; families, children, and groups of young friends. We are ushered in by cheery Plaza volunteers who happily direct us to our seats. It could just as easily be a pantomime matinee. The decor is just on the right side of outdated to be trendy and the thick carpet sinks deeply with every footstep. In one of the venue’s bars, an exhibition of photos of the band and album artwork are on display. Audience members can also purchase ‘Blossoms Meat and Potato Pies’ at the kiosk.
Before the band takes the stage, a short film of clips from their tour and the recording studio is played. A narrator explains each song as film of band members at the piano or on the street of New York flickers. After this, comedian Lloyd Griffith does a quick, chatty set, cementing the variety performance vibe of the evening.
When Blossoms take to the stage there is raucous applause. After representing Stockport across the world, it’s clear that locals are excited to welcome their boys home. Whether they know any of the words to the new songs or have even purchased the album is irrelevant; like football fans, they are there to show their support.

Blossoms put on a faultless show, with two extra percussionists and four backing singers adding to the mix. They effortlessly reel through the ten tracks from Foolish Loving Spaces dialling up the energy for singles “The Keeper”, “If You Think This Is Real Life” and “Your Girlfriend”.
For album track “My Vacant Days”, the stage clears, with only lead singer Tom Ogden and his acoustic guitar remaining.  Ogden earlier explained, via his short film, that the song is about the days between touring and recording that seem a bit empty. The dreamy melody and chord progression make for an emotional recital.
For their encore, the band returns with epic crowd-pleasers “There’s A Reason Why”, “At Most A Kiss” and “Charlemagne”, ensuring nobody is left in their seat. By album three, with huge venues and festivals under their belts, would other bands still be playing local shows of this nature? It seems that whatever the future holds for Blossoms, their loyalty to their hometown will ensure that they will always be the pride of Stockport.
Start typing to see results or hit ESC to close
new music music interviews Interviews interview music video
See all results