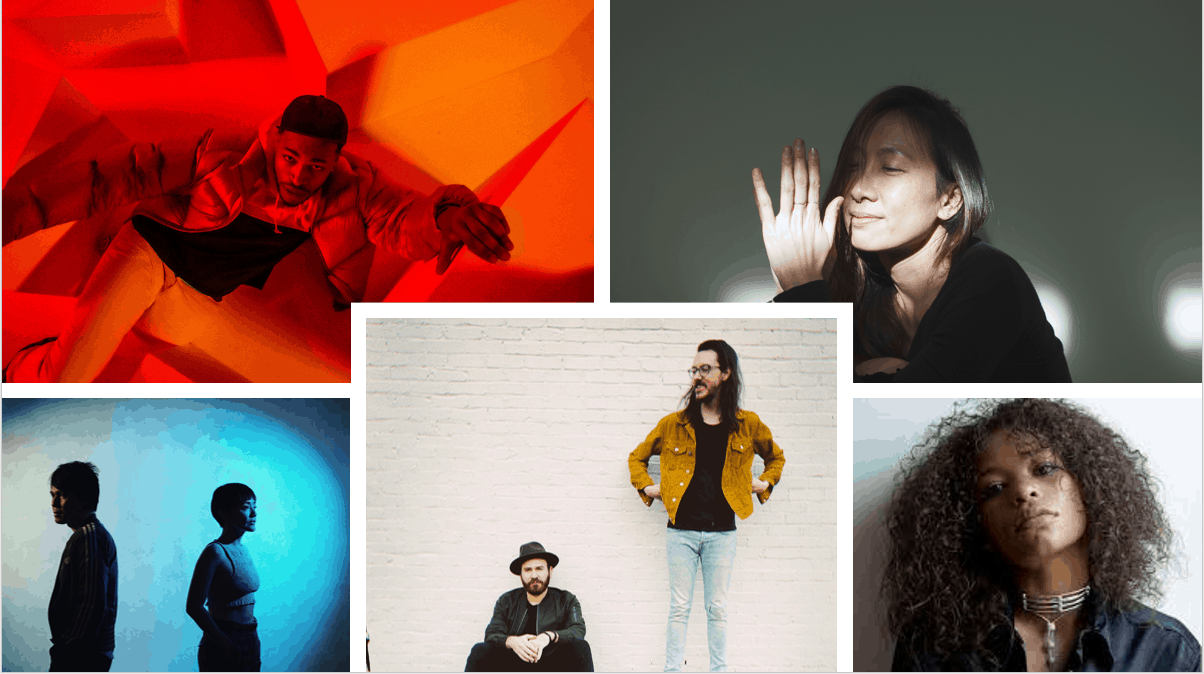 Under the Radar: 5 Artists You’ll Want To Know

Looking for new artists to discover? Want to keep your playlist fresh and impress your mates? We’ve picked 5 under the radar artists to tickle your fancy.

Dominic Lawson
The Birmingham-born, Manchester-based pop upstart specializes in lush, synth-drenched bangers that have been championed by the likes of BBC Radio 1. His aching vocals bring to mind the bravado of early Usher while his futuristic production teases a more dynamic arsenal of Pop influences. Lawson is not only a singer-songwriter but a saxophonist, composer, and arranger, so there is plenty of potential that we will likely see realized this year.

Surrija
Electro songbird Jane Lui (aka Surrija) is based in LA but lists Cantonese and British influences among the many spices in her evocative downtempo potpourri. She also spent a good chunk of time writing her new album in Barcelona, where she researched Picasso’s sketchy history with the women whom he called ‘muses.’ It was during this time that Lui shed her more clinical approach to crafting music and befriend her slightly feral tendencies. “Barcelona” is a stunning example of her knack for tactile electro-pop that stimulates the intellect as well as the senses.

Kodie Shane
This Atlanta-based prodigy’s ascent to the top has been well documented, with plenty of substantial hype and supporting slots, and even a Red Bull produced a documentary about her quick rise to stardom. Skittering beats and woozy bass lines help Kodie’s nimbly rapped verses shine, carving out a highly unique sound that is both organic and futuristic. With more new music on and touring on the horizon, 2020 is her’s for the taking.

ØZWALD
The duo known as ØZWALD is a bit of an anomaly, shedding the skin of their arena pop incarnation Lifehouse, the two highly talented songwriters have dipped into the world of honeyed indie-folk with the greatest of ease. It’s hard to believe they are novices at this genre when glowing tracks like the sun-splashed “Too Clever” walk the line between Father John Misty and Devendra Banhart, showcasing a knack for intricate lyricism and perfectly baked production nuance.

Raw and unpredictable alt-rock duo Stars and Rabbit hail from the Indonesian island of Java but smack of broad crossover appeal. The singer possesses an awesomely powerful yet strangely innocent voice and everything they do is bursting with wild aesthetic beauty and well-timed simplicity – a bit like the lovechild of Bjork The White Stripes. Their lead-off single “Little Mischievous” is playful and edgy, mashing monster pop guitar riffs with unpretentious songwriting and fun hooks.
Start typing to see results or hit ESC to close
new music music interviews Interviews interview music video
See all results