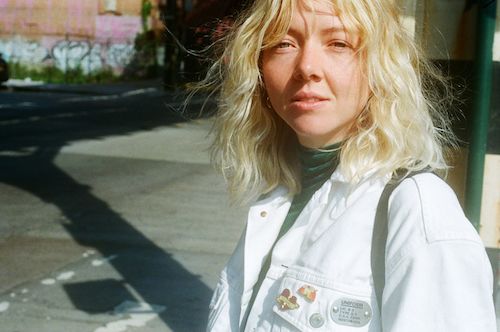 On first listen, you might envision Harmony Byrne as a veteran rock musician who knows Route 66 like the back of her hand. In fact, she’s a young non-practicing Mormon – the third of seven kids – from Australia.

Maybe it’s her journey that has made her music all the more enchanting. Growing up on church music and classic rock, Harmony broke away from her family to follow her passion, going on to study at the Waldorf School of the Arts in Melbourne. It was here that she taught herself guitar and piano, and honed her craft for incredibly personal songwriting. The result? Mindblowing music that is steadily earning her a loyal following. It’s no wonder; there aren’t many young musicians out there doing what she does. Harmony Byrne feels deeply refreshing and even necessary; a crashing wave of uniqueness in a landscape of homogenous made-for-radio music.

Slightly deviating from the sound of her previous tracks, Harmony’s new single, “Good Idea” is a delicious Sunday-slow song that fuses country and folk-rock. In a gentle drawl, she sings the relatable hook: “Seemed like a good idea at the time.” A lot of her music poetically unpacks the tragedy of the human condition, as she explains of “Good Idea”:

“This song is not about the joy of living, it’s about the tragedies. It’s about how unkind we are, how lonely we are, how unfair governments are and how fearful we are. It’s about social pressure, depression, addiction and death. It’s about the choices we make that can have an indelible impact on ourselves and others.”

With the addition of “Good Idea”, Harmony now has five singles to enjoy – the previous four were released across 2019. She’s previously supported The Teskey Brothers on their Australia and New Zealand tour at the end of last year and is set to release her debut LP, Heavy Doors, later this year.