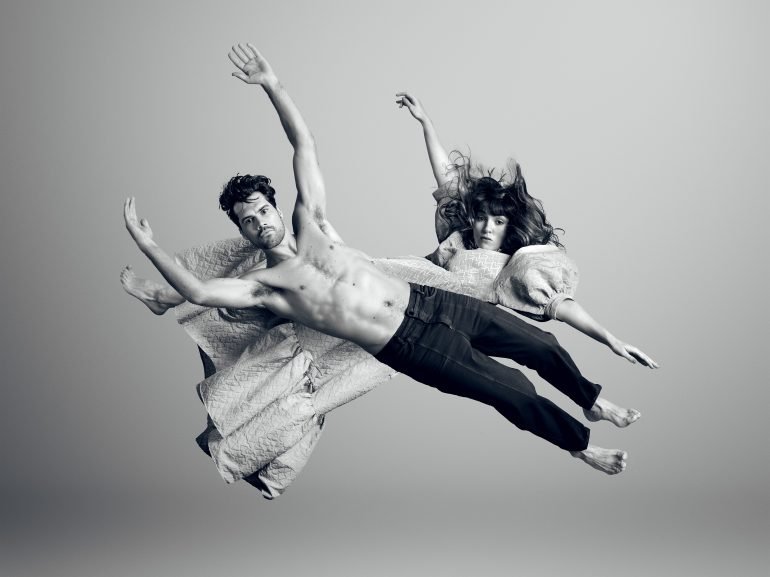 What started out as one of the UK’s best-kept secrets, Oh Wonder are now six years down the line, with over two billion streams, more than a million record sales and a top 10 album under their belt. Not bad for two (extremely talented) people who began by uploading one song a month for a year to Soundcloud.

The London-based duo never originally intended to become the stars they are now, they just wanted to showcase their songwriting abilities online. Now, three years since their last LP, they have returned with a joyful third album, No One Else Can Wear Your Crown, bursting with soft beats and strong lyrics that are empowering and candid in equal measures.

We spoke to Oh Wonder about life after three years of touring, emotional and sonic progression on their beautiful new record, the meaning behind the songs, going public as a couple, and so much more. 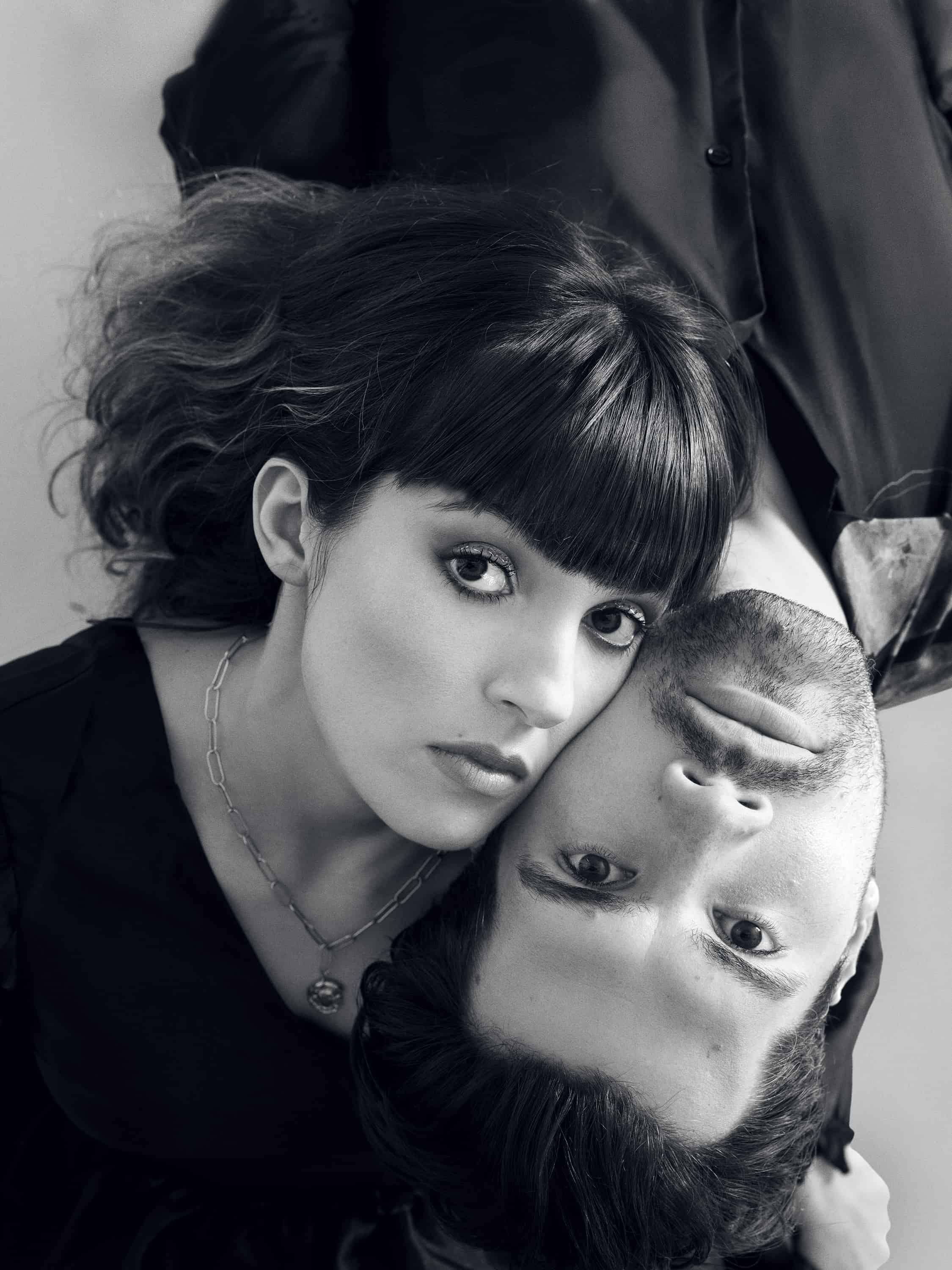 You’ve just released your third album, No One Else Can Wear Your Crown. How would you say the themes and production lean on and differ from your previous two records?
Our new album was made in a very similar way to the first album; we wrote, recorded and produced them both in a studio at the end of our garden, lending them both a very intimate and personal feel in terms of themes and production. This new album includes some of our most personal and vulnerable songs to date; rather than write about characters, which we did with the preceding records, we wrote a lot about ourselves and how we were feeling after a year at home post-three years of crazy touring.

The title of the album is super empowering. What was the inspiration behind it?
The title is taken from the opening track “Dust,” which says: “When people try to get you down / Remember that I’m here for you / No one else can wear your crown / It’s yours / Just yours.” For us, that lyric completely summarizes the sentiment of the album. That lyric is a reminder that there are people in your life that do care about you, but also it actually doesn’t matter what anyone else says or does – your life is yours to live. So live it, and be your own ruler. 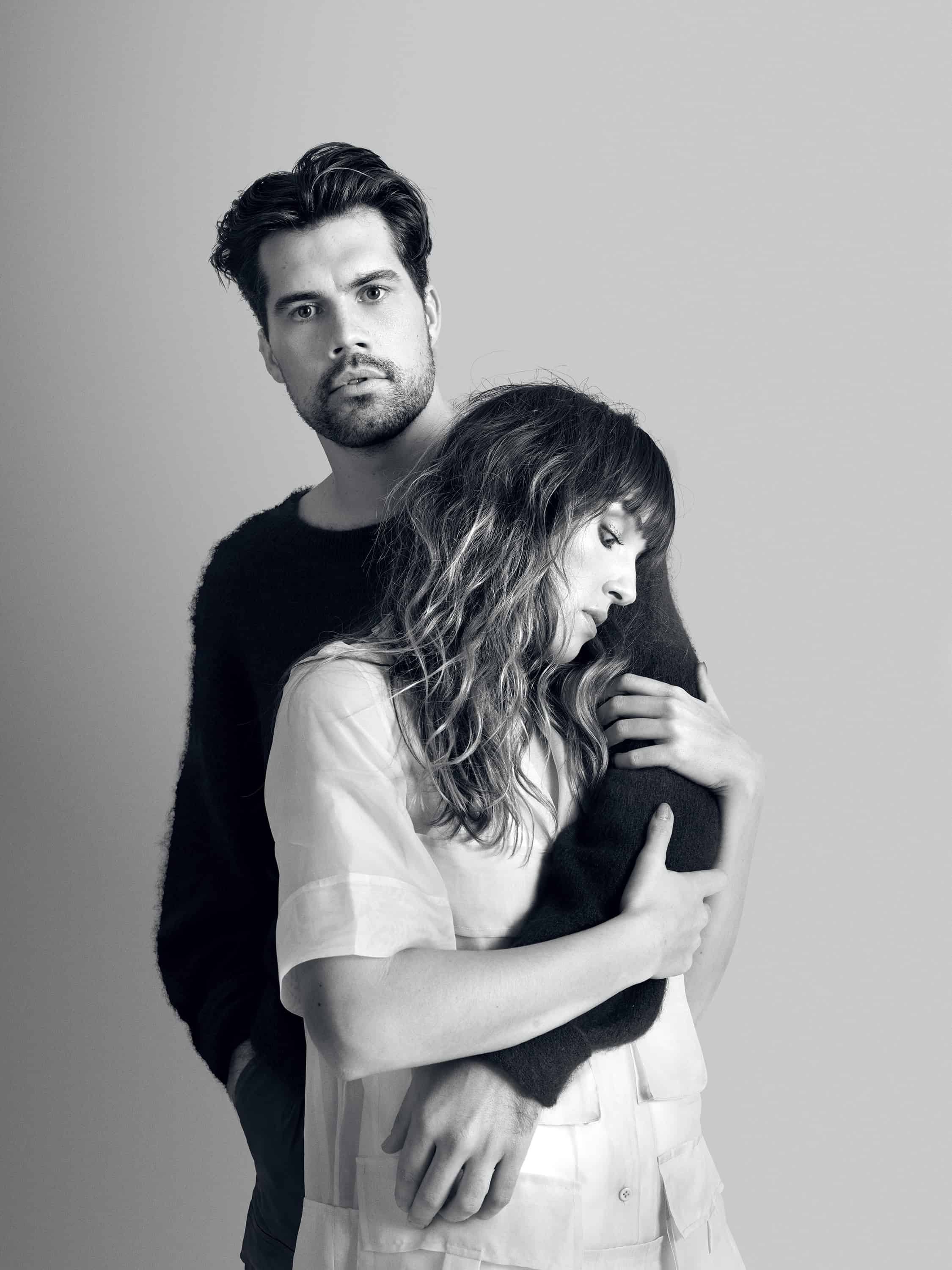 It’s hard having one-way conversations every night with a room full of beautiful people that are so connected to you through your music, and yet you don’t know any of their names.

You’re going on another massive tour next month around North America and Europe. What are the highs and lows of touring for you?
Yes, we are so excited to go back on tour! The highs are the shows. That one hour on stage makes everything worth it – it’s like nothing else. Full of adrenaline, fear, magic, joy. Also being able to have a macro view of the world, and a grasp of so many countries and cultures. When you’ve been to 43 states of America, you realize that it’s crazy that the US is just one country; it’s so diverse. You similarly understand that most people – whether they are from Jakarta, Moscow or Toronto, are all hustling for the same thing – love, community, acceptance, contentment. We all similarly experience the same setbacks and knocks. We are all feeling the same ups and downs and craving sense amidst it all. The lows of touring are the loneliness, the physical separation from you and everything you know and love – your friends, family, birthdays, pets, walks in the park, our piano. It’s the small things that make home amazing, like cutlery drawers and not living out of a suitcase and sleeping in an actual bed instead of on a moving bus. It’s also hard having one-way conversations every night with a room full of beautiful people that are so connected to you through your music, and yet you don’t know any of their names. It’s very one-sided and strangely unfulfilling from a human relationship point of view.

The lyrics feel more candid on this album than on previous tracks. What personal journey have you been on to arrive at the creation of these songs?
I (Josephine) have been on a big journey – I’ve been in therapy basically the whole time that I’ve been home, in a bid to get in touch in with myself and understand my thoughts and behaviors and find compassion for them. “Hallelujah” is a fuck you to anyone that challenges that compassion and acceptance. “I Wish I Never Met You” is a fuck you to the boyfriends that cheated on me and left me with trust issues. Songs like “In And Out Of Love” and “Nebraska” on the album examine our own relationship as a couple, and how one day you’re set on something, and the next you’re not. “How It Goes” completely sums that up. Life is such a rollercoaster. Such a cliché, but it’s SO TRUE. 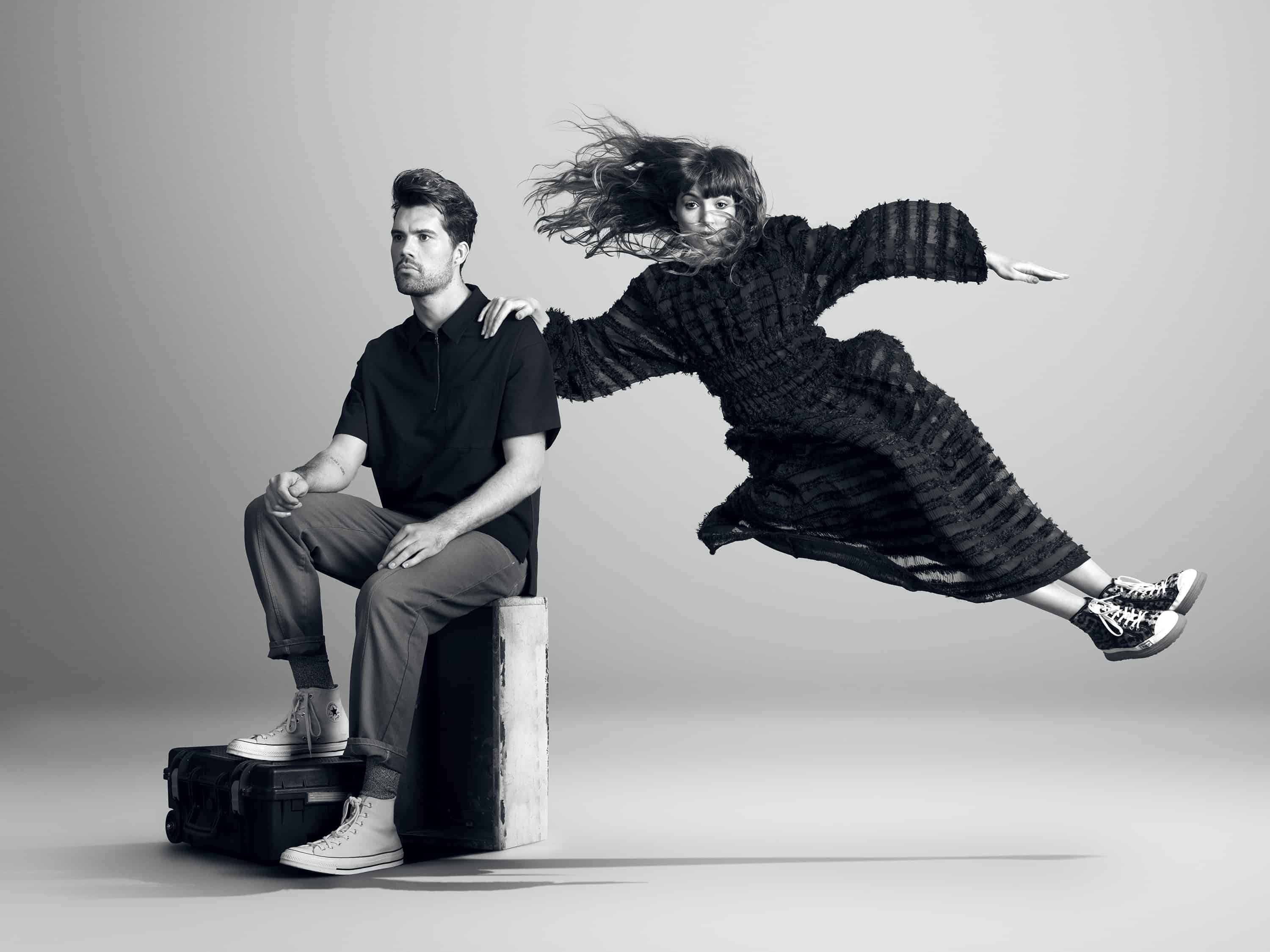 Out of all the songs on the album, why did you choose to release “Hallelujah,” “Better Now” and “I Wish I Never Met You” last year, and in that order?
We wanted to surprise people sonically with “Hallelujah,” and its message kinda sums up how we’ve been feeling – more sure of ourselves. “Better Now” was just a very personal song and we couldn’t not put it out. “I Wish I Never Met You” was a poppier upbeat tune to counteract the other two. To be honest, we could have released any of the songs from the album. We just rolled with how we felt!

You’ve previously talked about the need for creative space. How long did it take you to create this album?
We wrote “Happy” and “Drunk On You” on a writing trip to the US at the end of 2018, then wrote the other songs at home throughout 2019. It was all finished by the end of the summer. So probably the best part of eight months. Which felt like the longest time in the world, and such a luxury! 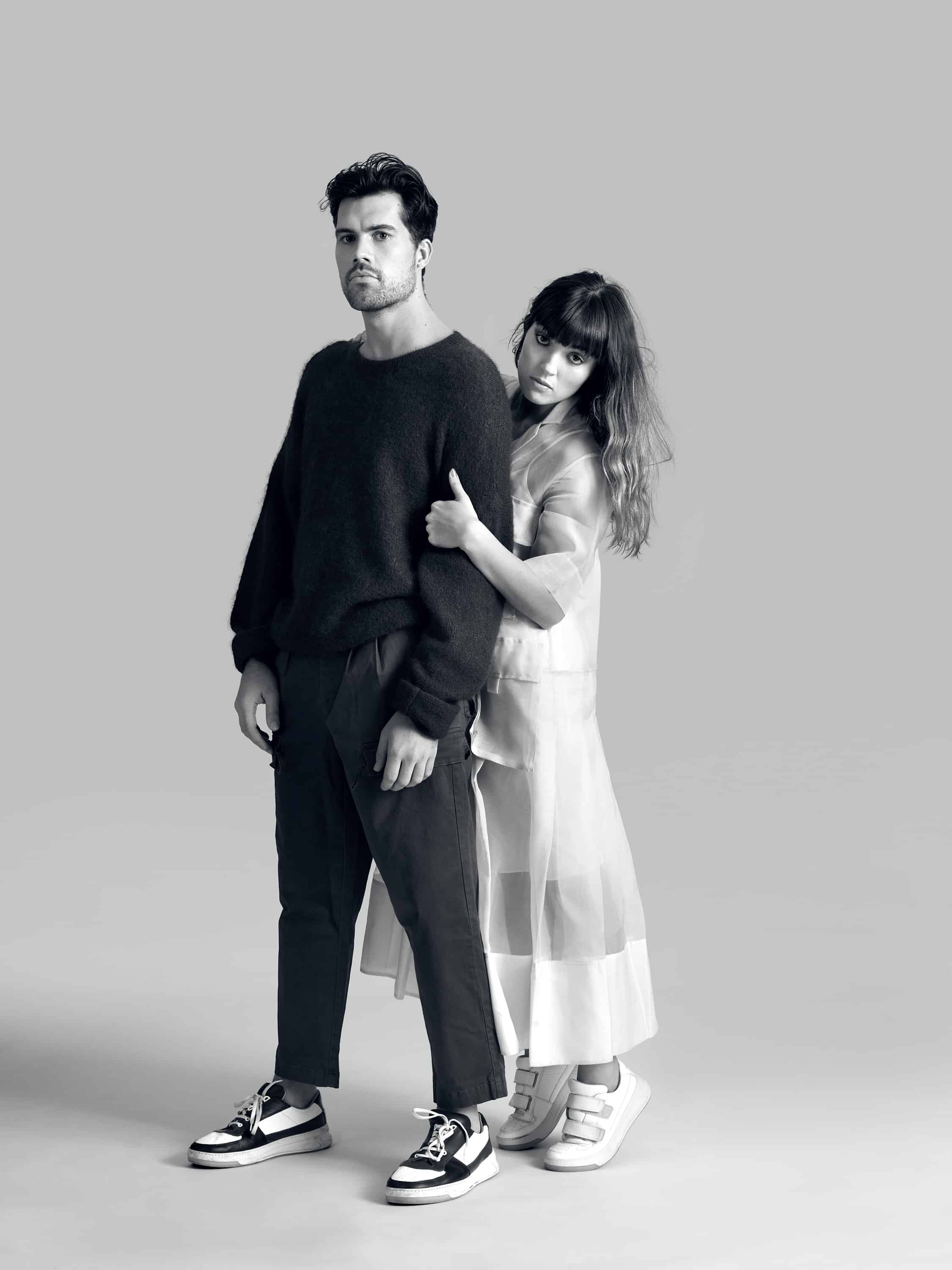 Since you first started releasing music in 2014, the speculation surrounding your relationship has grown in tandem with your professional success. I can totally understand your reasoning for keeping your private lives private – but what made you decide to be more open about it in recent years?
Ha, it’s pretty exhausting pretending you’re not a couple! We never wanted to answer the inevitable intrusive questions of “what happens when you argue?” – hence why we kept our relationship private. We were still figuring it out (we’d only been together for a couple of years), and after doing a lot of interviews we’d now feel no shame or awkwardness in telling people to back off! It feels quite freeing now to not have to lie about anything.

As well as your own music, you’ve got songwriting credits with Lewis Watson, Maisie Peters, and Gryffin – amongst others. How do these collaborations come about?
Lots of random ways… whenever we get a little bit of time off we always try to write with other people because we love it, and also because it keeps us on our toes. We’re looking forward to doing a lot more of it one day! Just gotta go round the world a few times and release an album. 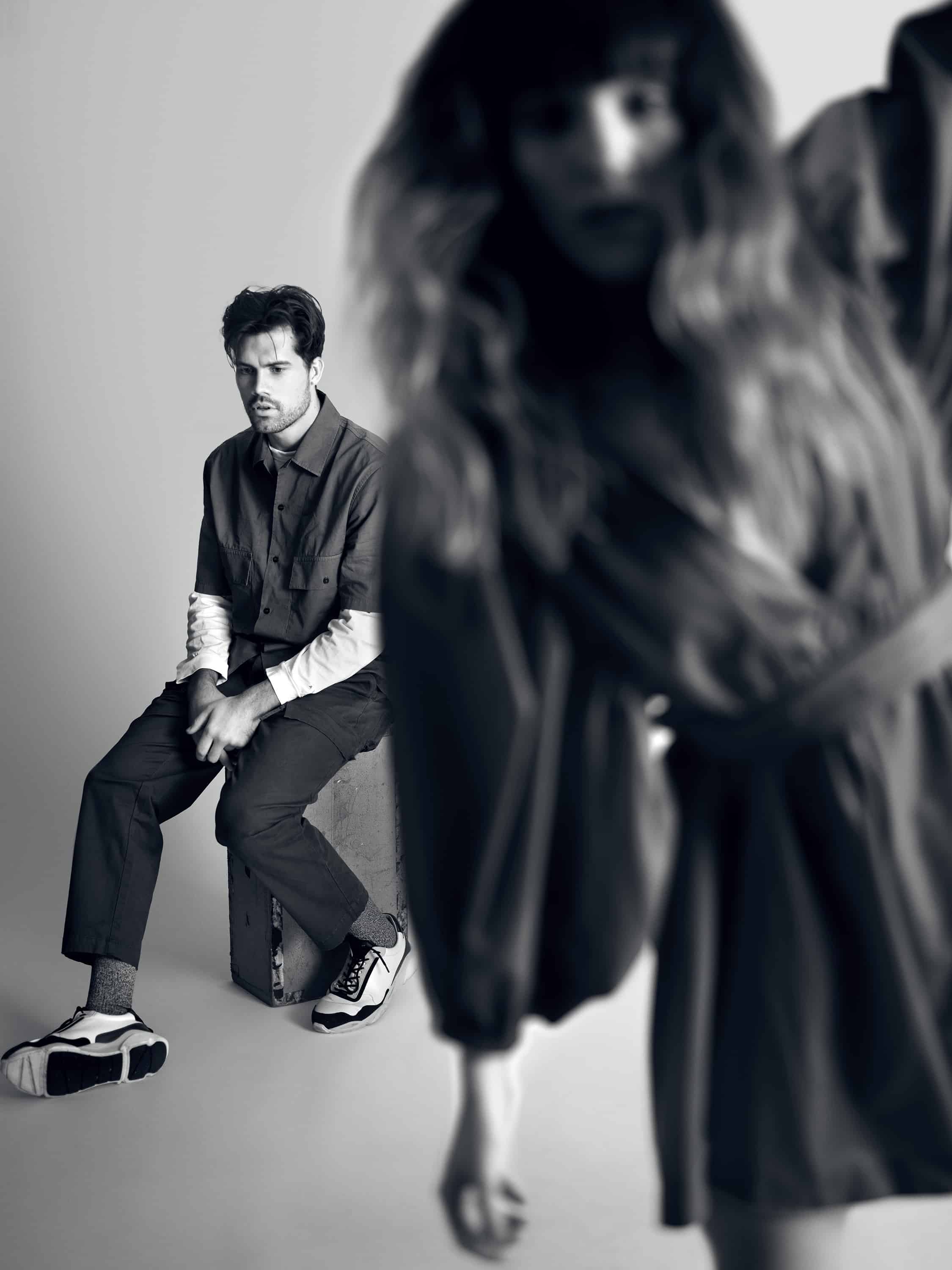