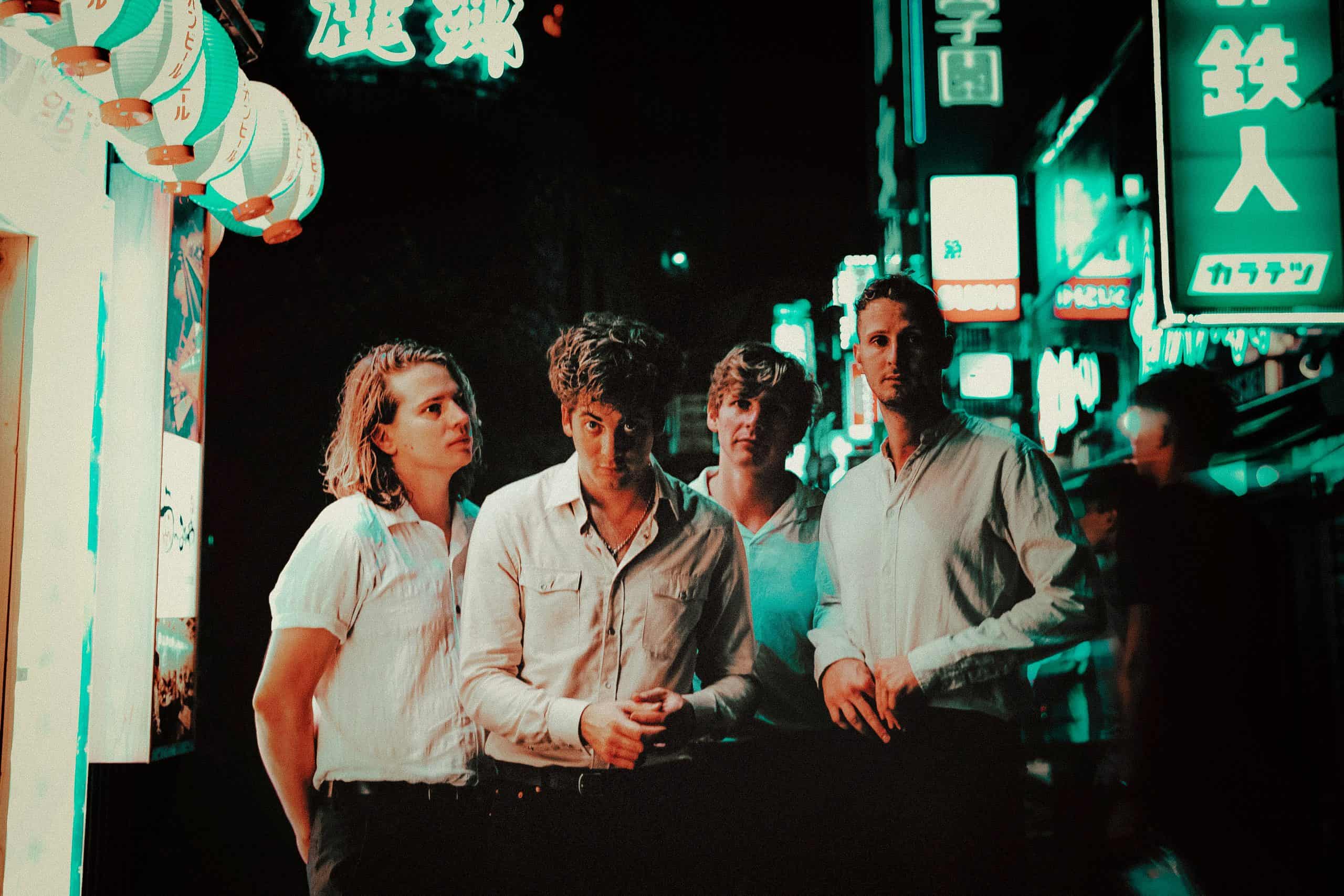 Circa Waves may have been on the music scene for a while, but the Liverpudlians never fail to expand their sound. Winning hearts across the UK in 2015 upon the release of the iconic T-Shirt Weather, the band have been improving the lives of alternative and indie lovers across the UK ever since. With their ever-growing fan base, Circa Waves are leaving a real imprint in the scene and are quickly becoming one of Liverpool’s most defining and recognisable groups.

Now, the band is entering the decade with a new studio album entirely produced and written by the bands lead singer, Kieran Shuddal. Titled Sad Happy, this fourth LP is set out exactly like the title as it’s formed of two diametrically distinctive sides, which will exhibit two forms of emotions through a series of songs. Jacqueline was the first amongst the Happy section to be released, accompanied by a fun music video, the track is an infectious, Soweto flavoured upbeat with a quintessentially Circa Waves groove which will leave you doing the conga (watch the video, then you’ll get it).

Discussing the themes behind Sad Happy, Kieran says: “We live in a world split into two extreme halves. One moment you’re filled with the existential crisis of climate doom and the next you’re distracted by another piece of inconsequential content that has you laughing aloud. I find this close proximity of immense sadness and happiness so jarring, bizarre and fascinating. Our brains rattle back and forth through emotions at such a rate that happiness and sadness no longer feel mutually exclusive. This idea was the blueprint for  ‘Sad Happy’ and is the theme that underpins the album. Sad / Happy is written in my Liverpool home, it’s also hugely inspired by my surroundings and the love I have for the city. It runs through thoughts on mortality, love and observations of people.”

With this mind, we spoke to the Circa Waves lead Kieran Shuddal about the bands’ decision to tour in small venues across obscure UK towns, the new LP and his favourite track on the new album.

What was the thinking behind releasing two sides to your latest album? And how is the album reflective of today’s world?

We wanted to put out music in a way that felt exciting and new. Having a happy side and sad side felt like an interesting journey for the listener. It’s also open to interpretation, some people maybe feel pure happiness by songs on the sad side and that’s cool.

The album is about people and everything around them. It’s a small snippet of how I view the world.

What would you say is the largest difference between who you were as a band back then compared to now musically? You mentioned how you all started swapping instruments?

There is no filter anymore. We make music however we feel on the day in the studio. Sometimes swapping guitar for piano and drums for drum machines. I don’t really feel like we fit in one genre and that’s really freeing when making records. 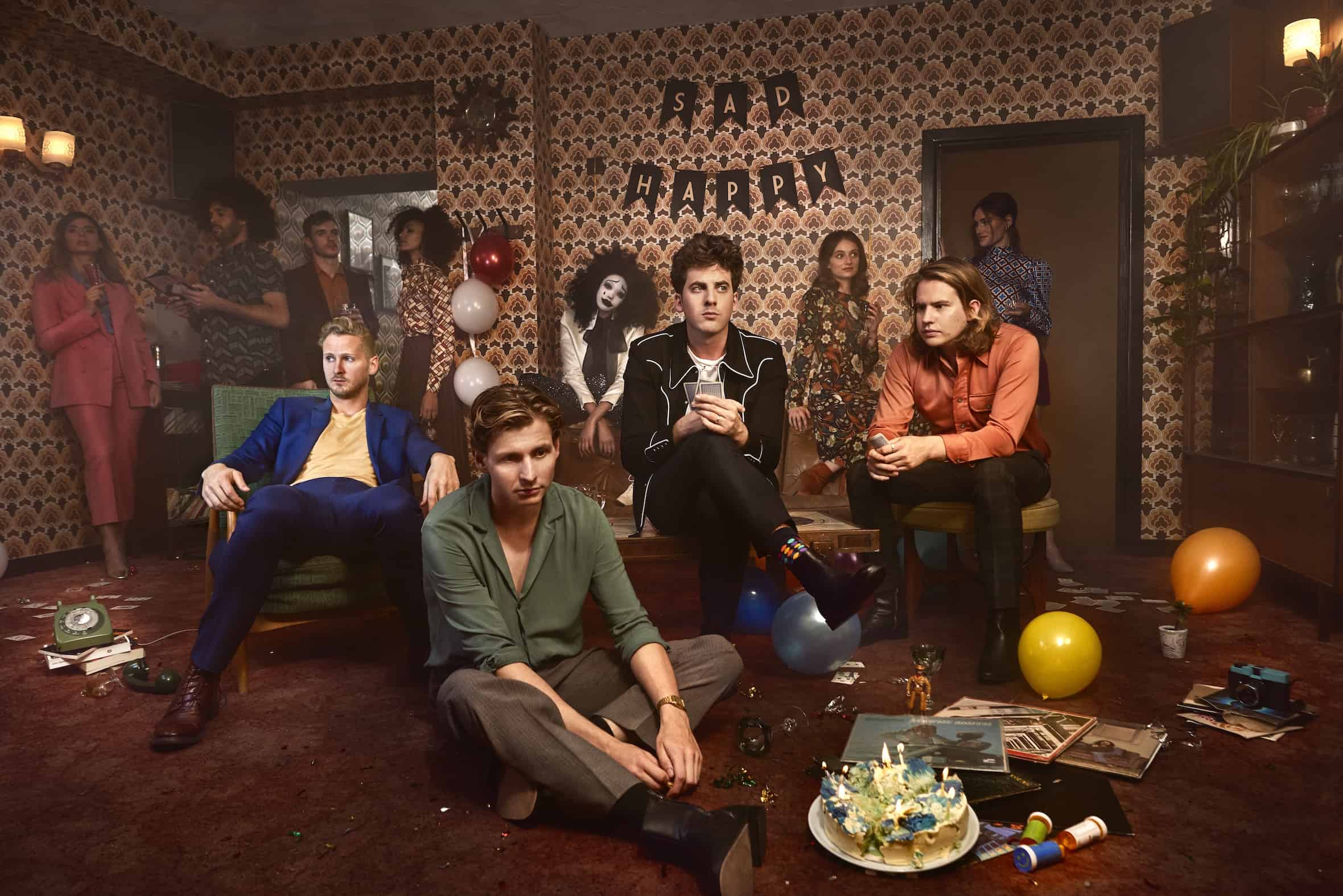 Speaking of changes, you’ve taken a very unique approach to this album by including two diametrically distinctive sides. Where did this idea come from and why do it?

We were inspired by how quickly pop and hip-hop move and didn’t want to be left behind. We felt like alternative music needed a quicker turnaround. People tend to consume music at such a high rate now. An album, as soon as it’s released, it’s kind of done with and people expect the next thing.

Which song on the album are you most excited about and why?

I love the track Birthday Cake. It’s very spacious and personal. It feels more cinematic and grand than anything we’ve ever done. It’s a sad message wrapped in pretty paper.

What is the most significant thing you have learnt within the past few years?

You have to work hard to keep a healthy mind.

What do you want for people to get out of Sad Happy?

Hopefully escapism. Enjoyment and to feel like someone is going through the same thing they are.

For such a popular band, why do you feel like it’s necessary to tour smaller and less popular areas such as Dunfermline, Kilmarnock, Stockton-on-Tees and Milton Keynes?

Small venues keep music alive, they are the structure and building blocks to all big bands. Without venues like them circa waves just simply would not exist.

You’re continuously giving thanks to your fans for their continuous support- what’s one particular fan experience that stands out to you the most and why?

There are too many to mention. We’ve had our music played at weddings and funerals and it just blows me away to know we are a big part in some people’s lives.

Describe this next record in three words.

And lastly, why do you love music so much? What about it keeps you motivated?

It helps make sense of everything. One great song can change the course of your life forever.