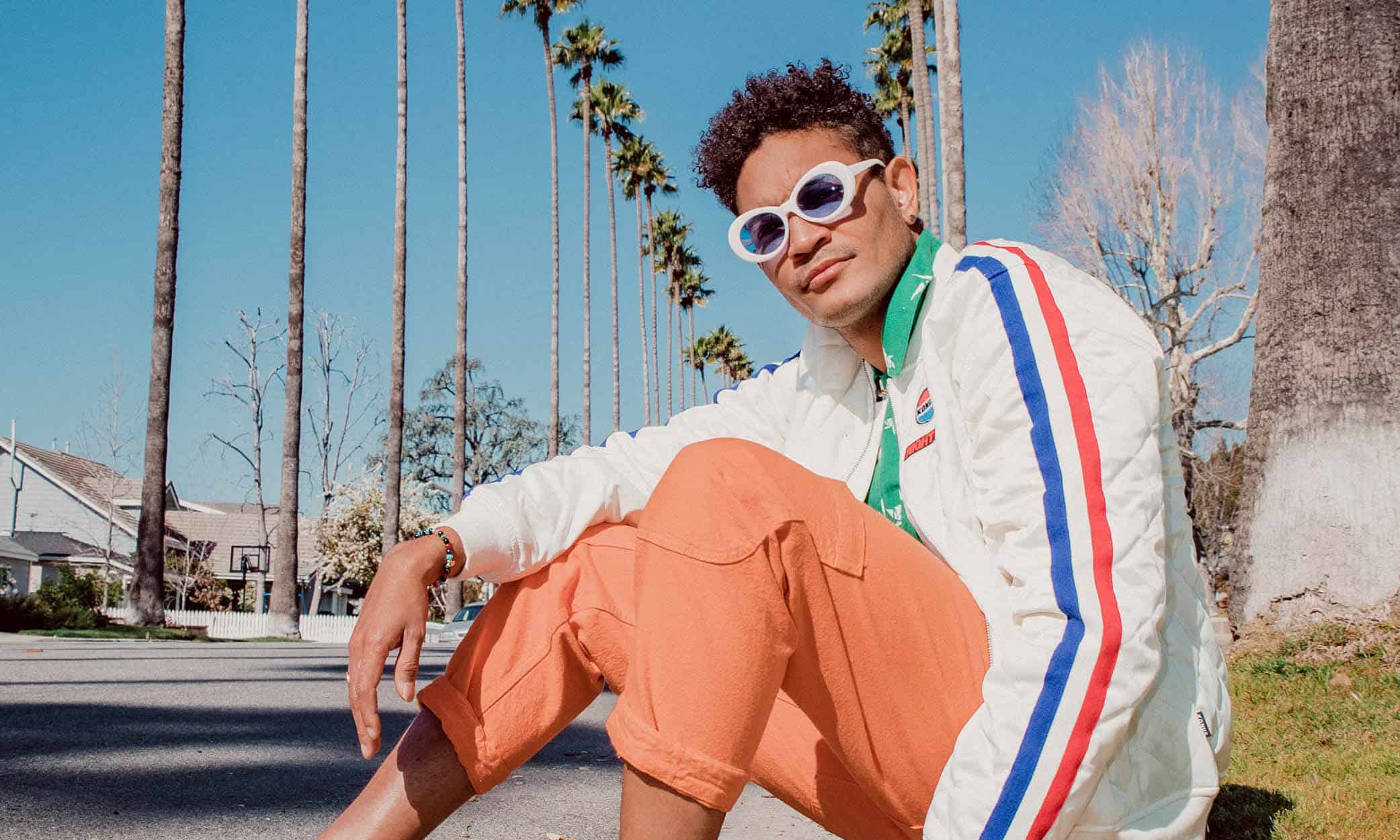 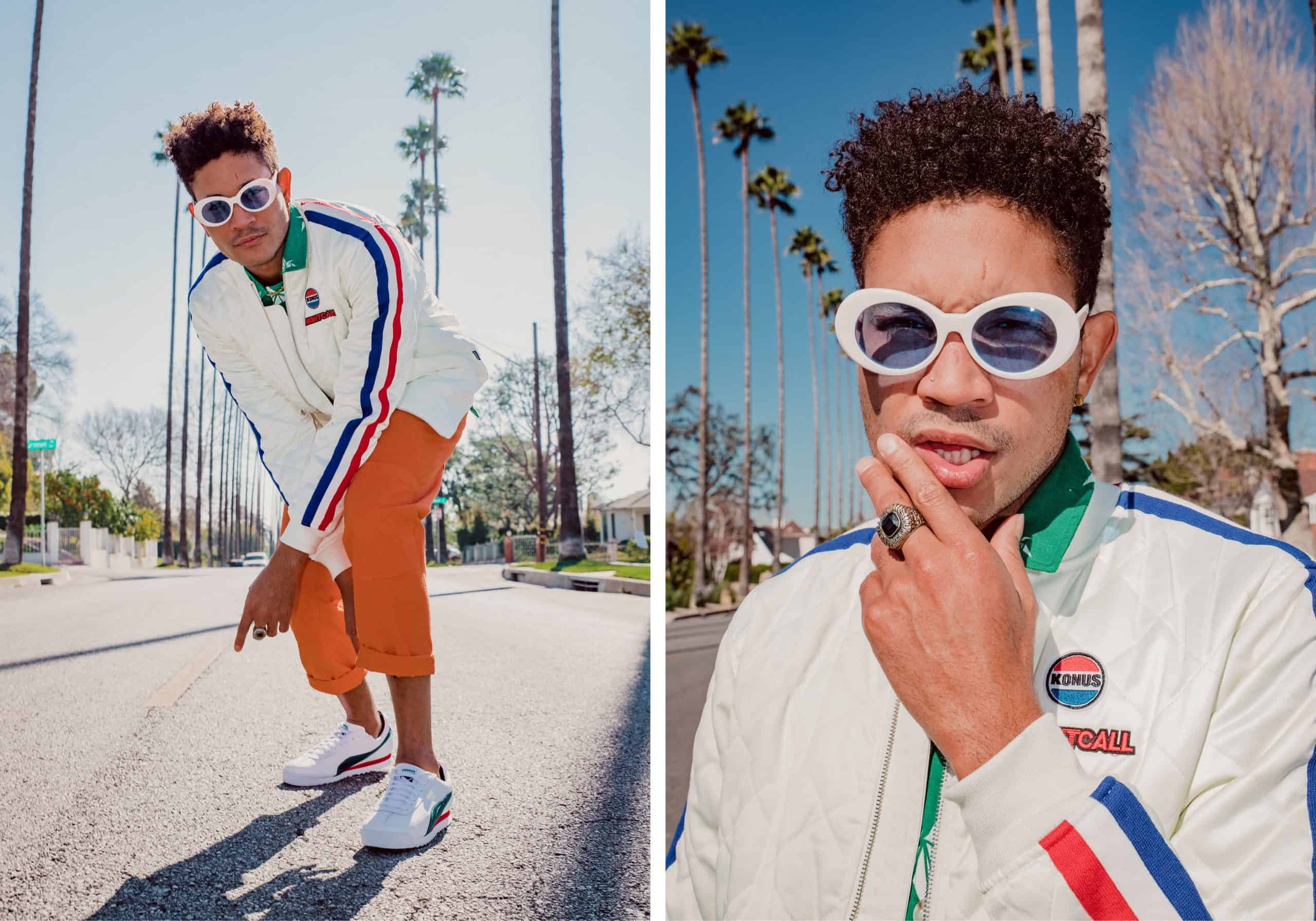 Bryce Vine’s road to success has been anything but easy. From driving Lyfts around Los Angeles and sneakily playing his songs for groups of riders, to washing dishes at his dad’s restaurant, he’s tried just about everything in order to get by while pursuing music. But along the way, he’s learned just about everything that doesn’t work, musically and professionally. Nearly a billion streams later, he’s on his way to becoming a household name. His road to success has led him on a less traditional route than most in his genre. Few pop artists look to formal music education to jumpstart their careers, but Bryce did. Attending Berklee College of Music somewhat connected the dots for Bryce’s music– but not in the way one might expect. Beyond educating him, the school introduced Bryce to an entire team of collaborators, from his producer to his drummer and even his DJ.

Post-Berklee, he made his way onto The Glee Project, only to be dismissed in the first episode. While it seemed that luck wasn’t on his side, his perseverance finally paid off in 2018, when his release “Drew Barrymore” went viral. Two years later, he has two platinum releases and a debut album release under his belt, with a new single dropping today. The new release “Baby Girl” is his catchiest track yet. It’s different than anything we’ve heard from Bryce before: it’s upbeat, infectious, and feels dancefloor-ready in a way that’s completely new for him. Bryce makes a point never to get too comfortable– constantly innovating and pushing himself to create something entirely new and unique. 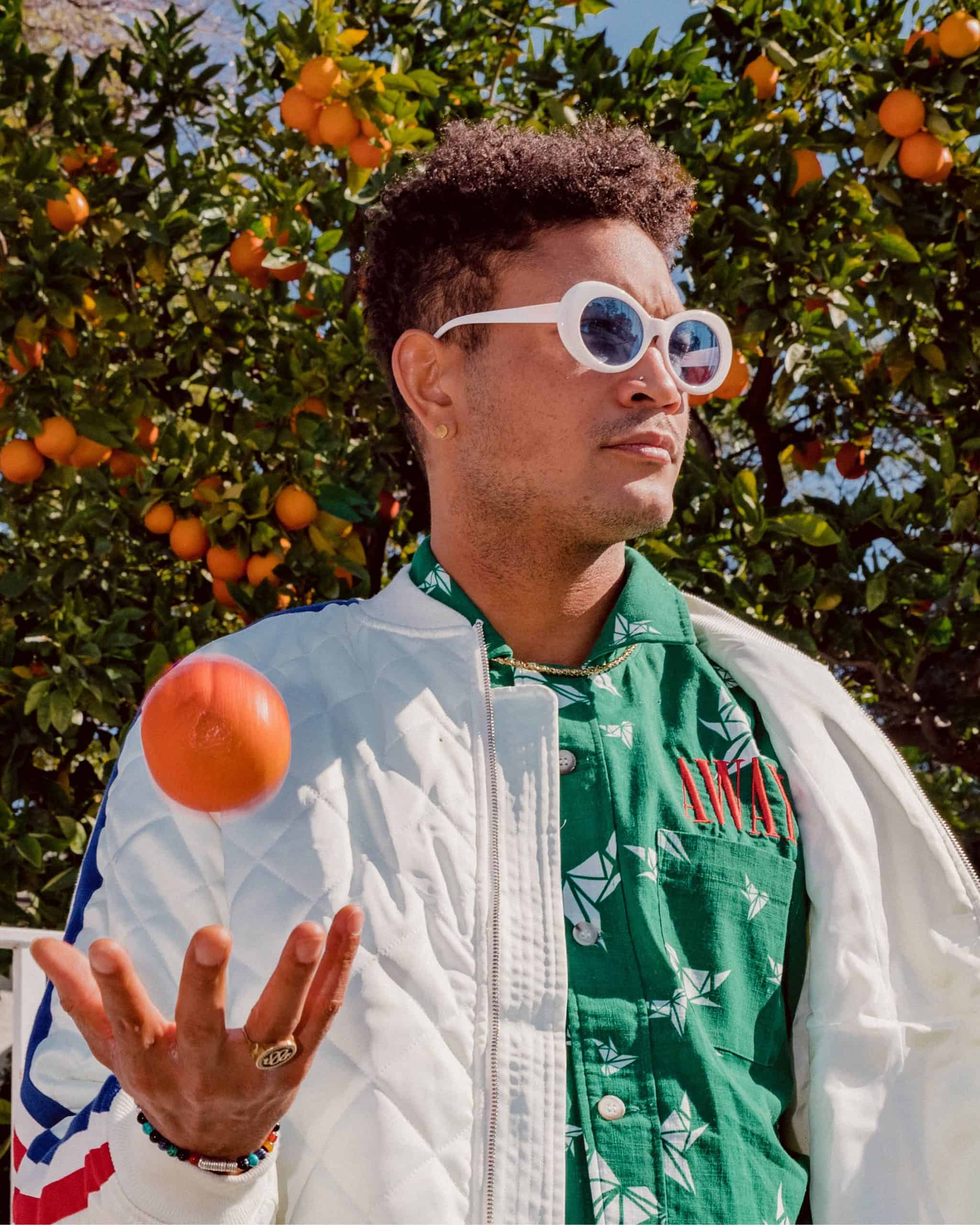 You’ve been obviously involved in music for a long time– you started playing guitar at around 13, but also attended Berklee and auditioned for The Glee Project later on. Can you talk about some of your earliest influences in wanting to give music a try?
So it’s funny, actually, when I was 13 years old, I saw this guy on Comedy Central. They used to have these “Comedy Central Presents” things, where they would highlight a comedian and there was one comedian who sang these songs that sounded really sweet, and he played guitar, but they were hilariously dark. And for some reason just watching that connected the dots for me that I wanted to play and sing.

And what would you say was the point where you really decided you wanted to pursue music as a career?
I mean I was 13 years old when I was naive enough to think that I could make it my career, or just that it was what I wanted to do. I wasn’t thinking about careers at 13 years old, it was just that I wanted to make music, and I wanted to do it as long as possible. So I just kept taking the steps, and it felt good. That was what was important. It always felt good to write music and write new songs and to talk about what I was going through. Because I didn’t know what I was going to do, I’m still figuring it out as I go. One step is to start a band, start performing, in high school so that you know how to do that, and then apply to a college where you can do music. It’s not like where you want to be a lawyer and so you go to law school and take the Bar. 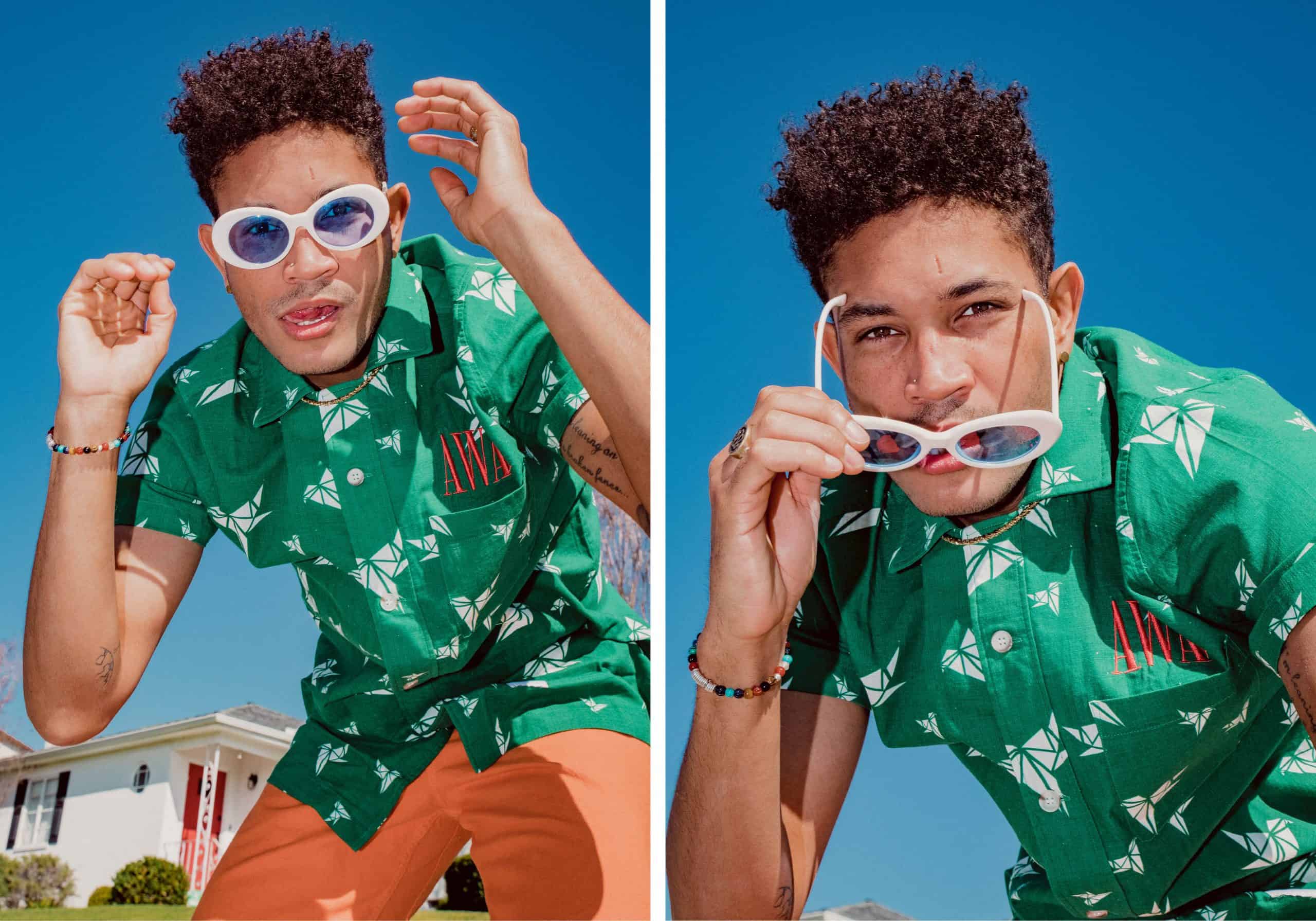 Besides the comedian you saw on Comedy Central, who are some of the artists who were your biggest influences as you started writing your own music?
I should say the comedian’s name is Stephen Lynch. I was a big Third Eye Blind fan when I was growing up. Blink-182, Tupac, TLC– these artists that had something different about them, and it was special when they sang a song, and I was excited for the next big thing they released… Third Eye Blind was my first one because they wrote about things that I wasn’t used to hearing about.

You also attended music school at Berklee. Something that a lot of artists don’t have is a formal music education. Can you talk about the ways that have effected your songwriting and music in general?
I don’t know that you ever need to go to college for music unless you’re going to try to be a composer or something. But what it does do is put you in the same place with all these other people who are gonna make something of themselves in music. You have no idea at the time. I met my producer, my DJ, my drummer, my guitarist– all went to Berklee. It’s just a great place to meet the people that are going to be doing something with music at some point, and connect with them early on, and build your own thing, figure out what you want to do… I was just trying things. I was never the best singer, I’m still not, I couldn’t ever cover Katy Perry or Bruno Mars songs. I tried to do the Gospel ensemble… all these things just trying to get into everything so that when I’d make my own music I was just more well versed.

Drew Barrymore became a viral sensation basically from the moment it was released, and that was your first really big hit. What was it like for you to have a single skyrocket to the top like that?
It was all kind of sudden, but I was kind of prepared for it. It’s funny because I had been making music for several years, and you know they say, it takes one song and everything changes. But it really does. You feel prepared for it by the time that happens because you see all the parts that don’t work. You’ve seen what is not working, and you know what it’s like to share hotel rooms with your buddies, doing a tour that’s making you no money– you’ve been there and done that, so you know the difference when it’s not that way. I was unsigned when I put Drew Barrymore out. And in that year, I signed with Sire, and the song went Platinum, I did my first headline tour, all these things I had never gotten to do before, doing the VMA’s, all that stuff was a wild transition. But you feel ready for it… Because if you don’t, what’s the point? 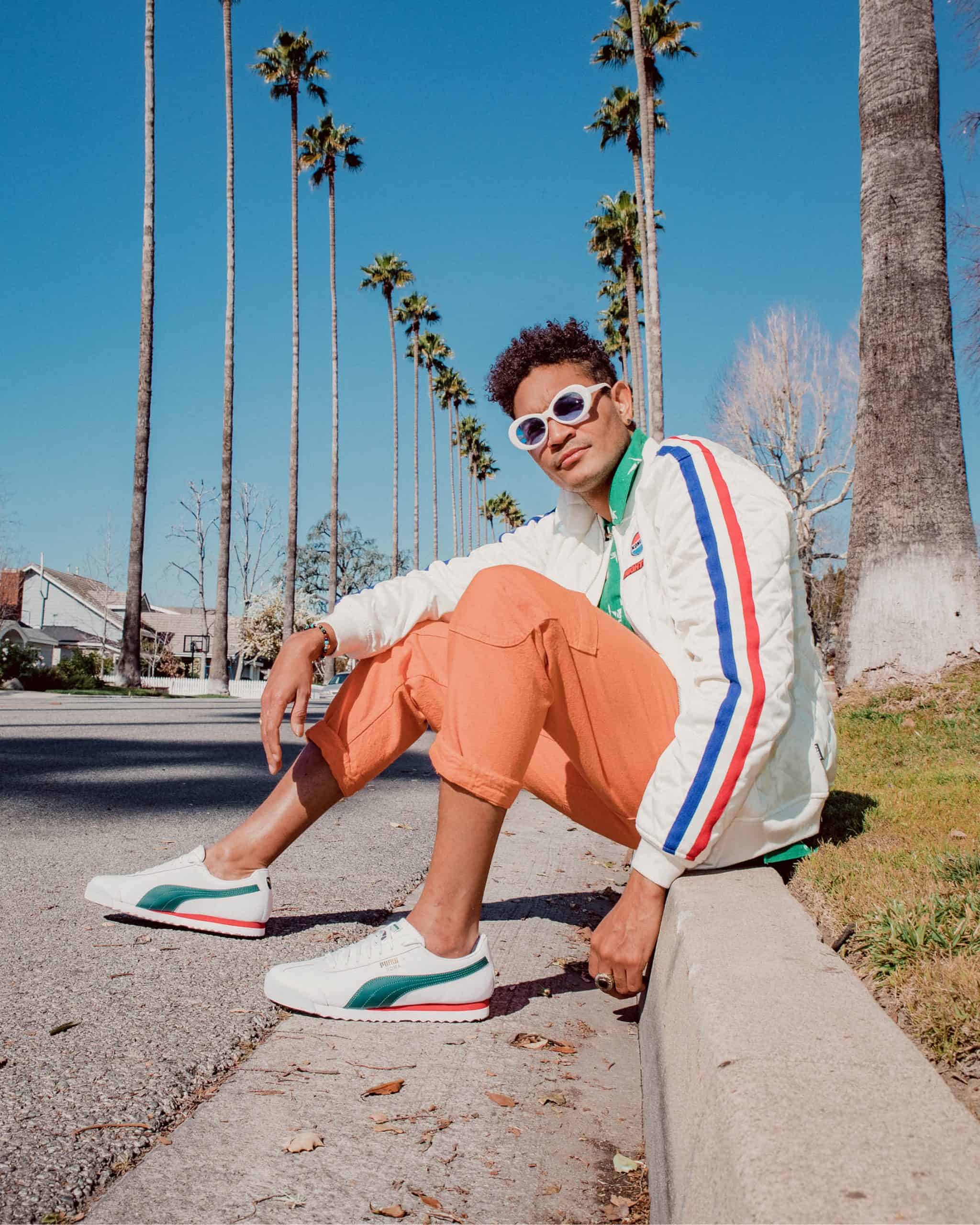 What would you say are some of the struggles that came with such a quick rise to the top for you?
There’s no light at the end of the tunnel. You could be doing this all to be able to tell a story like this at some point, or you could be doing it and then it doesn’t happen. There are no guarantees. Like I said, it’s not like taking a test then becoming that thing. So, I had all kinds of odd jobs, I was driving Lyfts, picking up people all through the night and playing my music and seeing what they thought of it. They would be honest because I wouldn’t tell them it was me. And sleeping on couches and working at bars and restaurants and being a dishwasher at my dad’s restaurant. Just all the things you have to do while you’re trying to make a means, while you’re working towards what you want to do.

The hard parts– the failures, or the seem-like-failures– they have to do with music, but all the other stuff you can handle. But when it’s what you want to do and it’s your passion, they hit so much harder. I was always kind of insecure about my value as an artist, as a musician… Artists are insecure people, so it just comes with the territory, but there are things like getting onto The Glee Project, and then being the first one kicked off. Meeting with all these different labels and them not being interested, and then meeting with a label who was interested and who wanted to sign me, but the president rejected it and turned it down. At that point, I was like why am I still even trying? I’ve been definitely not signed by more labels than I’ve been signed to. It’s really just your ability to take failure and hits to the gut, and then just still keep doing it. The only thing that keeps you going is because it’s what makes you happy, or what you think will make you happy, even if it makes you miserable, so that’s what you get. And then if you’re lucky and you work hard, you just get there. 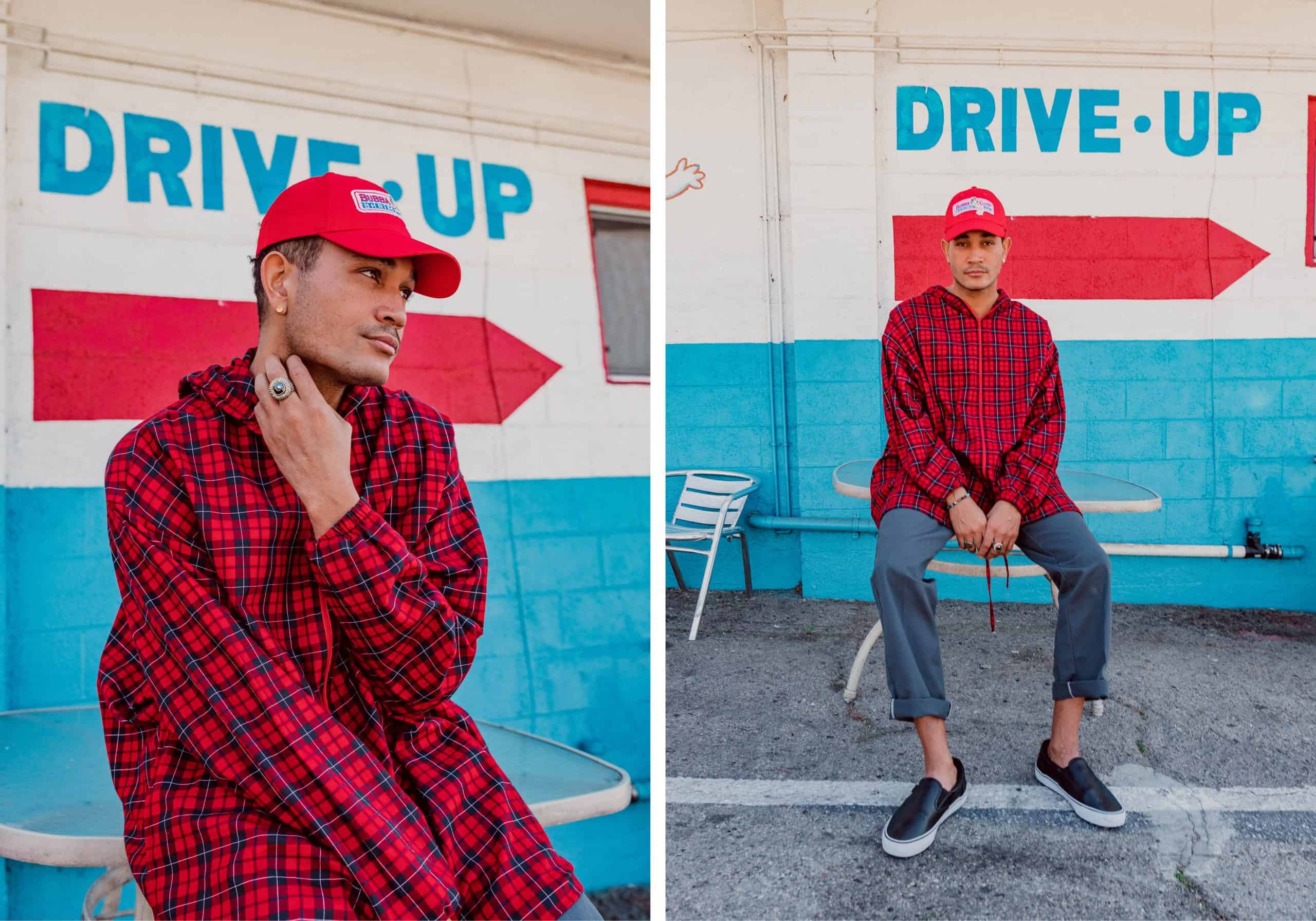 Can you talk a little bit about your new single “Baby Girl” and the process for you writing it?
My producer Nolan worked with Chad Hugo while I was out of town, who is one of the greatest producers in my mind… So I was already pumped, and I heard that baseline and I immediately knew that it was Chad Hugo. But it’s my club song, it’s my dance-feel-good song. I was in Miami over Christmas break, and I was in a club (because that’s what you do in Miami), and I realized I didn’t have a club song. I didn’t have a song for that environment. Like “La La Land” is more like driving down the freeway. And “Drew Barrymore” is definitely not, it’s like a romantic vacation with somebody-song, so “Baby Girl” is just an all-out fun song.

We were shooting the video yesterday and there were these two twin little girls that were making up their own dance moves and they had never heard it before, but it’s just that immediate feeling that a song can give you when it makes you want to move, and that’s what I was looking for. And I think that’s what we found.

And it’s different, and I always try not to make the same song twice, which is hard to do sometimes, there’s only so much to talk about. It felt fresh, it felt fun, and I didn’t know if I could sing it, but I wanted to sing it, and I wanted it to be something that worked for me.

2018 and 2019 were huge years for you, you’ve got two platinum releases under your belt, an LP released this past summer… What’s coming for you in 2020 besides “Baby Girl?”
Oh man, this year I’m doing more festivals than I’ve ever done, which is exciting. Those are my favorite things. I love doing my own shows, most of all, obviously, because it’s a room full of people who are already happy to be there, but festivals are crazy because you’re making fans and there’s an energy there. It’s all music fans. People who come to music festivals are just there to see artists, they’re really just there to dance and have fun with their friends and listen to music, and you’re just kind of providing the background for it, and I like that. I like just being that part of somebody’s day, throwing the mic to fans and stuff. So festivals are always good. We’re doing a headlining tour, and I’m heading to Europe. I’m dropping a new project before the summer it looks like. 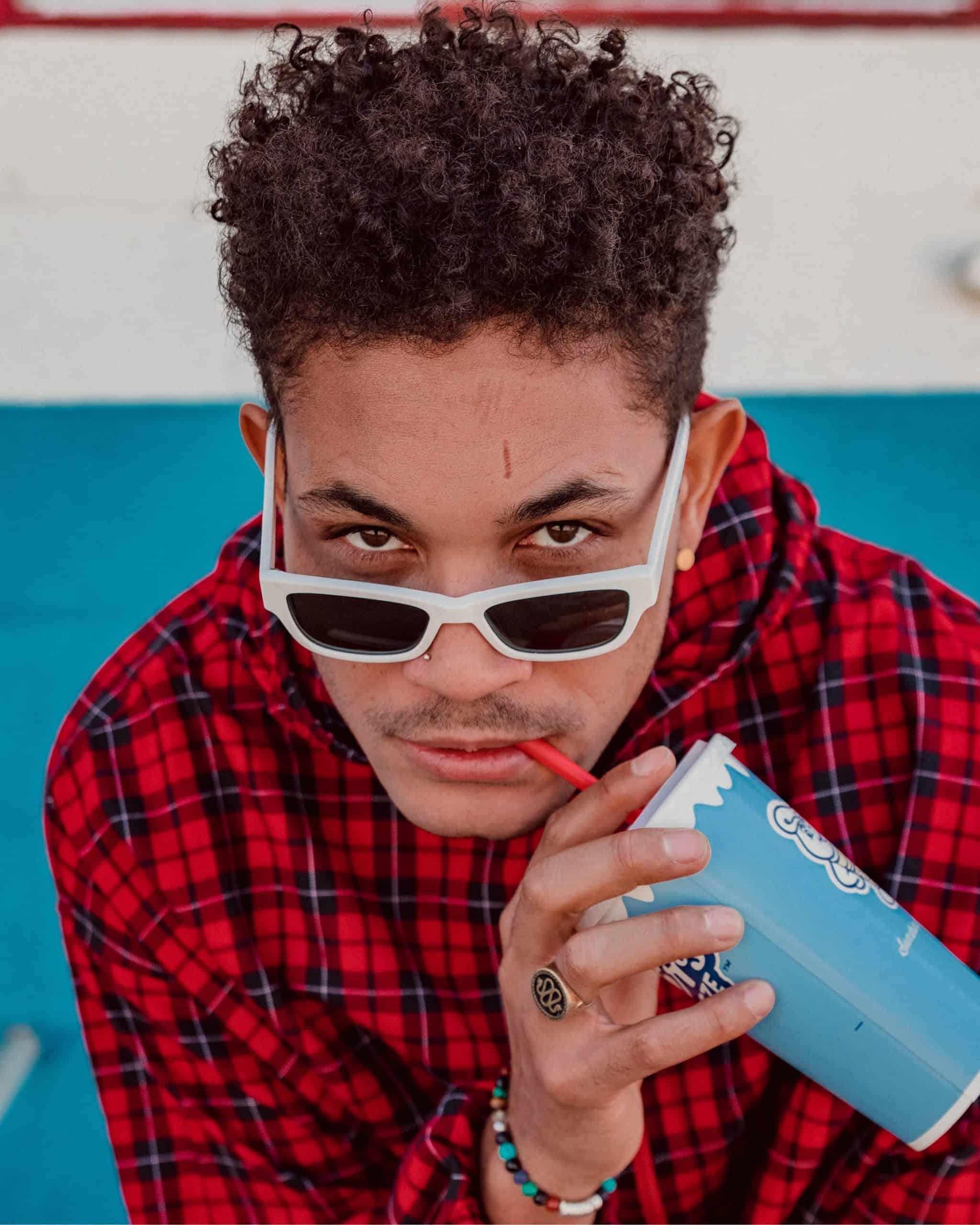