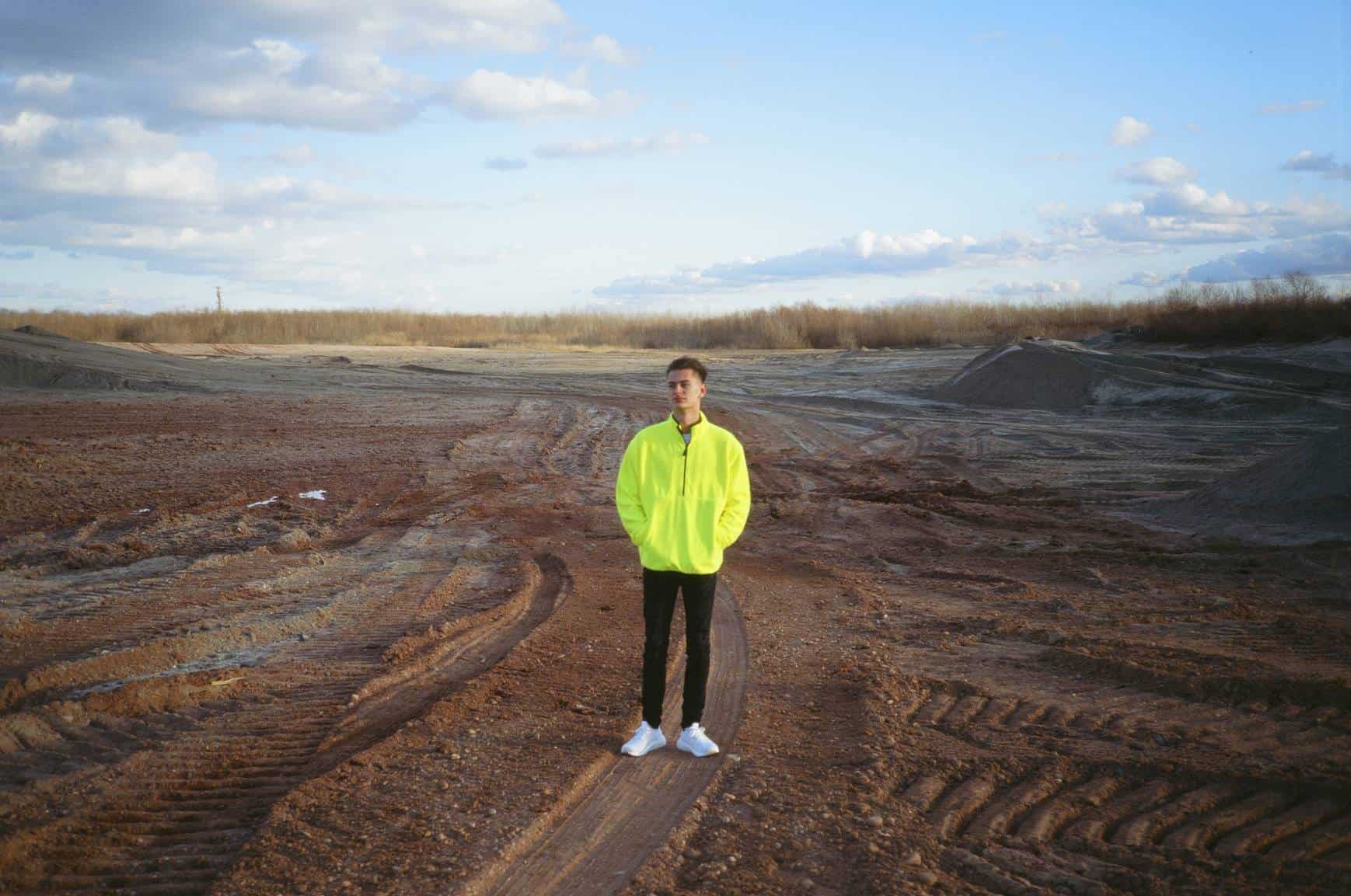 Where most 18-year-olds are preoccupied with celebrating the end of their high school career and dreading the looming pressure of going to college or finding a job, Ant Saunders spent the day of his high school graduation releasing a track.

With artwork designed on Microsoft Paint, a self-written, recorded and produced R&B-influenced pop track, and TikTok as his main platform – Saunders managed to launch his own career off of major viral success with “Yellow Hearts”. The song has already amassed 80 million streams and has even charted on the Billboard Hot 100.

We spoke to Saunders on the major success of “Yellow Hearts”, his creative process, his inspirations, as well as his future plans.

Congratulations on the success of “Yellow Hearts”! What is it about this song that you think appealed to people so much?
Thanks a lot! I think that people were mostly appealed by its catchiness and the vibe of the instrumental. The intro with just the bright piano and synth was used in a lot of videos on TikTok (where the song originally blew up), and I know that you have to try and get people hooked from the very beginning in order to make a popular song, so I must have done just that. I’ve also been told that the song has a nostalgic feel to it, and this may have also gotten people’s attention since everybody loves the feeling of nostalgia.

When you write a song, what do you start with? The idea, a specific lyric, or the melody?
Whichever comes first! Sometimes a good lyric will pop into my head and I will try to write and produce around that (this was the case for Yellow Hearts), or I’ll be making a beat on my computer and get deep into thought so I’ll settle on a theme and write away.

The video for “Yellow Hearts” was shot in your hometown – how involved were you in the creation of the visuals? Is it important for you to have that connection to your roots reflected in your art?
I just knew that I wanted to make something lo-fi and include green-screen visuals with a similar aesthetic to the cover art, so the guys over at Idle House helped me out with creative ideas that I was a big fan of. I showed them some of the spots I used to hang around to show my roots, and this is really important for me to make because there are very few popular artists from South Jersey, and I want to show that you don’t have to be in a big city to get the attention you desire–you can be from somewhere as quiet as Gloucester County, NJ. 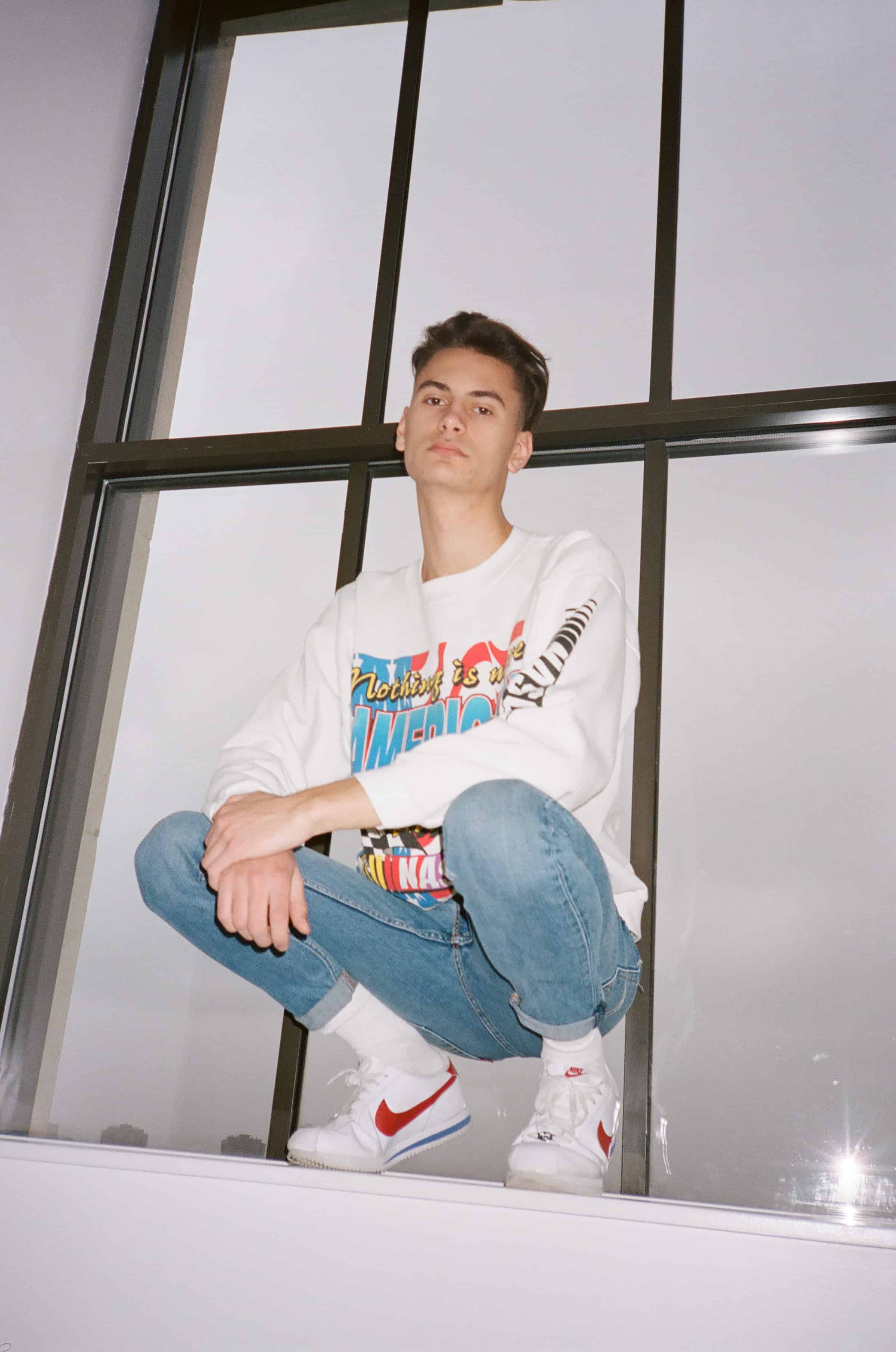 It’s interesting that the song is interpreted by some as a love song when that wasn’t the original intention. What does it mean to you when you hear people’s differing interpretations and stories inspired by “Yellow Hearts”?
When people interpret it in any way, even when it’s not what I intended for people to interpret, it still makes me glad because people are listening to what I’m saying and it means that I’m getting people to think, which is what many believe that music is meant to do.

With a song like “Yellow Hearts” that’s so autobiographical, do you ever consider the possibility of millions of people now ‘knowing’  part of your history, and that of the person you wrote it about?
I think it’s definitely important for people to know more about myself and parts of my history so that they have a better feeling of where my music is coming from, but I also love to be mysterious. For the people I’m writing about, I want to do my best to keep them away from any unwanted attention, out of respect.

You’ve recently signed with Arista Records, a label that carries a huge legacy, and thus has a lot to prove. Do you feel any extra pressure now that you’ve gone from indie to signed to a major label? Or does it feel like recognition?
Getting signed to Arista definitely just feels more like recognition to me than pressure, and I feel like there is no reason for me to feel pressured. I’m just going to keep doing what I love to do in the most efficient way I can, with all the resources that I’ve now obtained. The team over at Arista is a great group of people where we have mutual trust, and I believe that they can take my career where I want it to go.

A big DIY artist out there, who – just like you – creates and records his own music, is Lauv. Is his career one that inspires you? Who do you look up to or would you like to work with in the future?
Lauv, along with all the other popular DIY artists out there shows me that you don’t need to go to a fancy studio and have a big team of writers and producers to be successful in the music industry. There’s one DIY artist, in particular, Russ, whose battle with the constant negativity that people on social media and critics give him inspires me because it doesn’t stop him from doing what he loves to do. I also enjoy a lot of his tracks. Some of my main inspirations include Frank Ocean, John Legend and John Mayer. I’d like to someday work with a variety of artists from different genres including a lot of newcomers like Daniel Caesar and Dominic Fike.

What are your plans for 2020 – the start of a new decade?
My main goal for 2020 is just to put some new music out and, what I usually tell all my peers, to “not be a one-hit-wonder”. I also just want to feel more comfortable with this new situation.