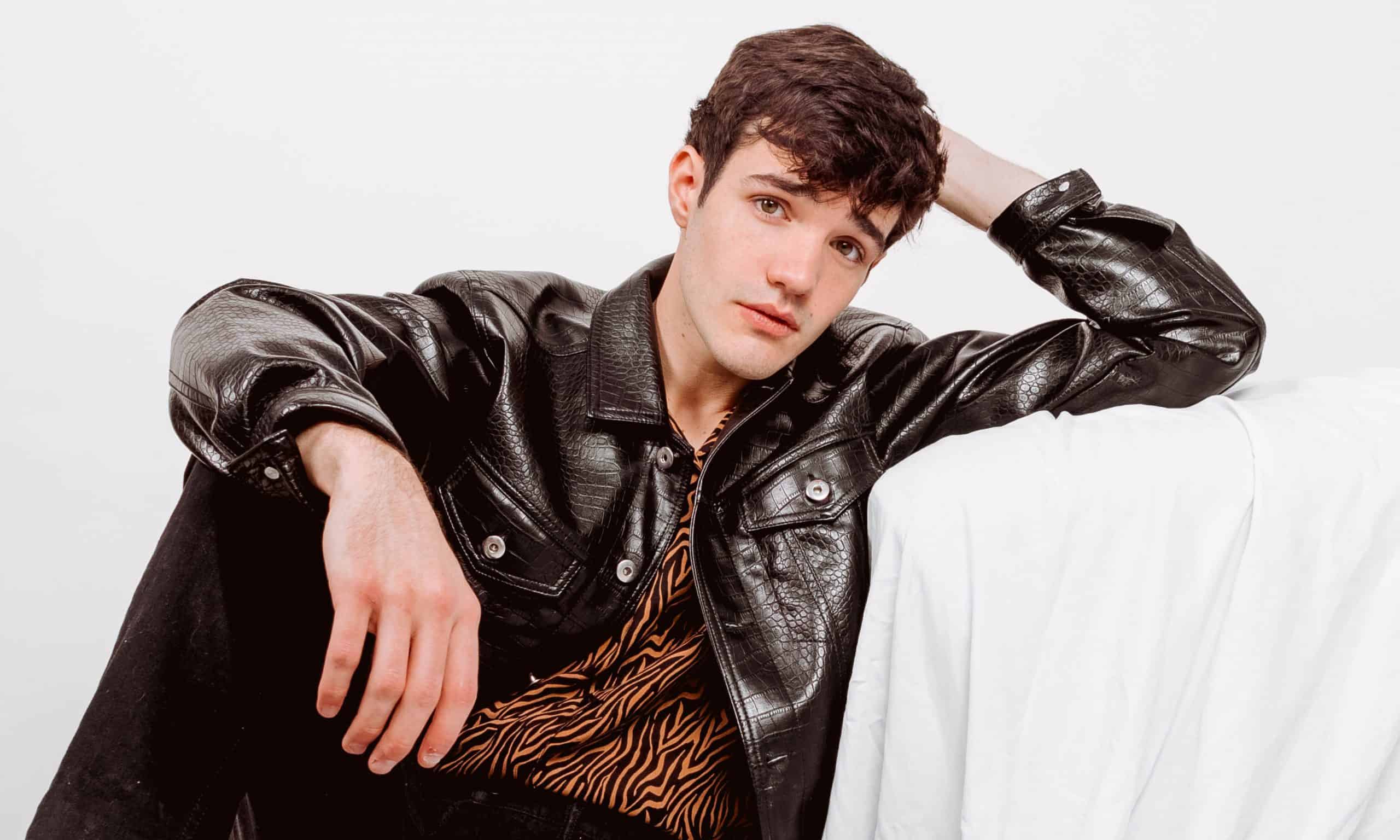 The journey of moving from a state like Louisiana to the busy streets of LA is never easy. But this is what Aaron Carpenter felt he had to do if the dream of becoming a musician was to become a reality. It didn’t stop there. Being signed to Capitol Records back in February 2018 was something else that took him one step closer to figuring out the musician he has always wanted to be.

From being introduced to the music of artists like Stevie Wonder and Justin Timberlake, these were just some of the voices that motivated him to follow in the footsteps of a few of his musical inspirations. With the reliability factor and being genuine reflecting a big part of who he is, the release of future singles will solidify what Aaron Carpenter is all about, especially with music being a universal language. 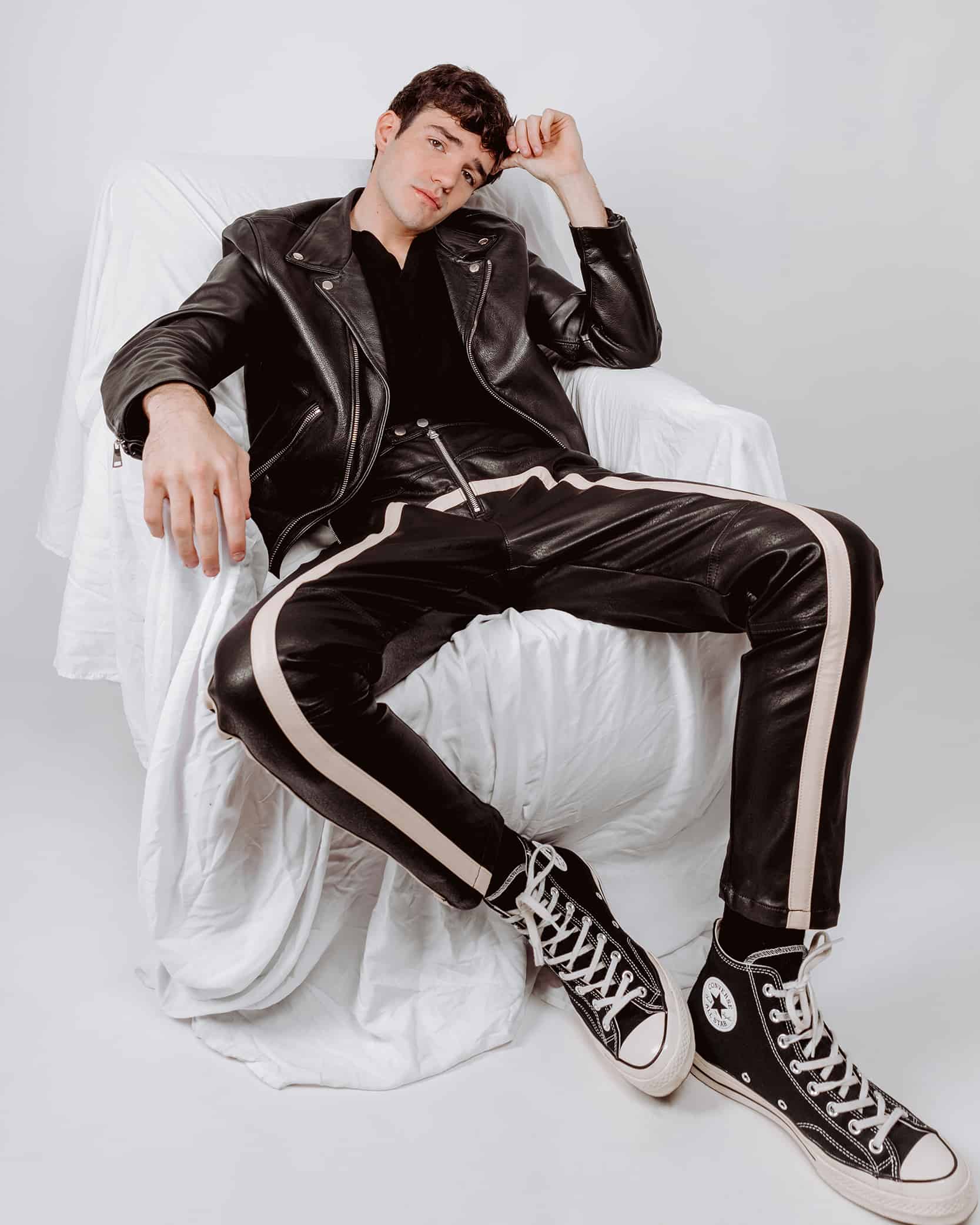 You grew up in Louisiana – what was the music scene like?
Growing up in Louisiana, the majority of the music I would hear is country & pop music that was on the radio. As I got older and started going to new places I found there’s a lot of hole in the wall restaurants & bars that have live Jazz Musicians come and have open jam sessions all the time and discovered that Louisiana has more than just country music.

Who/what were some inspirations you had growing up?
My biggest inspiration growing up was and still is my family. They’re the ones who showed me the artists that have influenced my music and have motivated me to pursue my dreams. Everyone introduced me to an artist that became a huge inspiration: my grandma and Stevie Wonder, my sister and Justin Timberlake. My brother would sit with me for hours and make music together, and my mom would sing with me all the time.

What’s your earliest memory with music?
I remember in kindergarten I would borrow my sister’s portable CD player and I would walk around during recess listening to whatever CD she was listening to.

What has been your most challenging song to write? Why?
The most challenging song I’ve written would be a song I haven’t released called “Still Gone.” It’s a topic I wanted to write about for a long time but I never knew how to write about it much less even talk about it. I ended up just telling the story of what happened throughout the year to my co-writers and we ended up making a beautiful song that I’m super happy with! 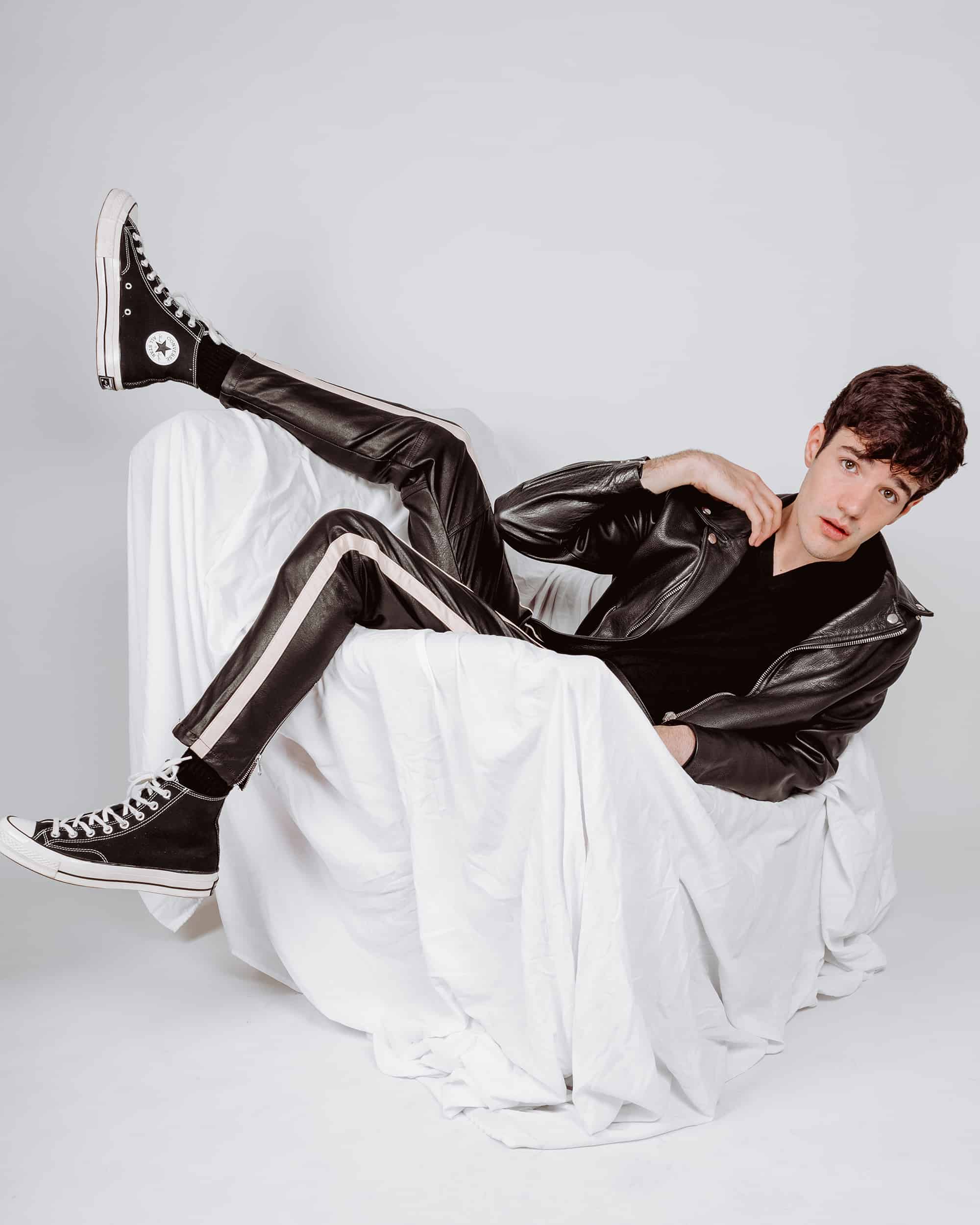 How would you say your style of music, or the way you write or record, has changed since you first started?
When I first started making music I had no idea what I was doing, and to be honest it still feels that way sometimes. I didn’t have a clue of what my sound was or how I would begin to find what that sound was. I started making songs that at the time that I thought was the sound defining songs for my career, but the more I was writing the more I knew what I liked and didn’t like.

Tell us about your latest release, “Next,” how’d you initially get started on that track?
It was inspired by a friend of mine that was starting to catch feelings for this girl that was new to our friend group. That morning before my session we were all hanging out and he was talking to me about what was going through his head and how he felt about her. She had just gotten out of a relationship about 2 weeks before meeting and he asked me what I thought about it and I didn’t know her too well so I had a hard time answering him. So I got to the studio, put myself in his shoes and wrote about what would be going through my head if I were him.

It carries a relatable message – being hung up on an ex. It takes a level of maturity to be able to hindsight a relationship and write a song about it. How do you disconnect to be able to write a song about it? Has it helped you recover?
When I’m writing a song, the majority of the time it’s always a real story that has happened to me or something that affects me. So when I go to write the song I just start telling the story and take the details from it and put it into the song. It doesn’t always end up being a super deep and meaningful song, but when it is, it gives me so much clarity about the situation. It’s a great form of therapy in my opinion! 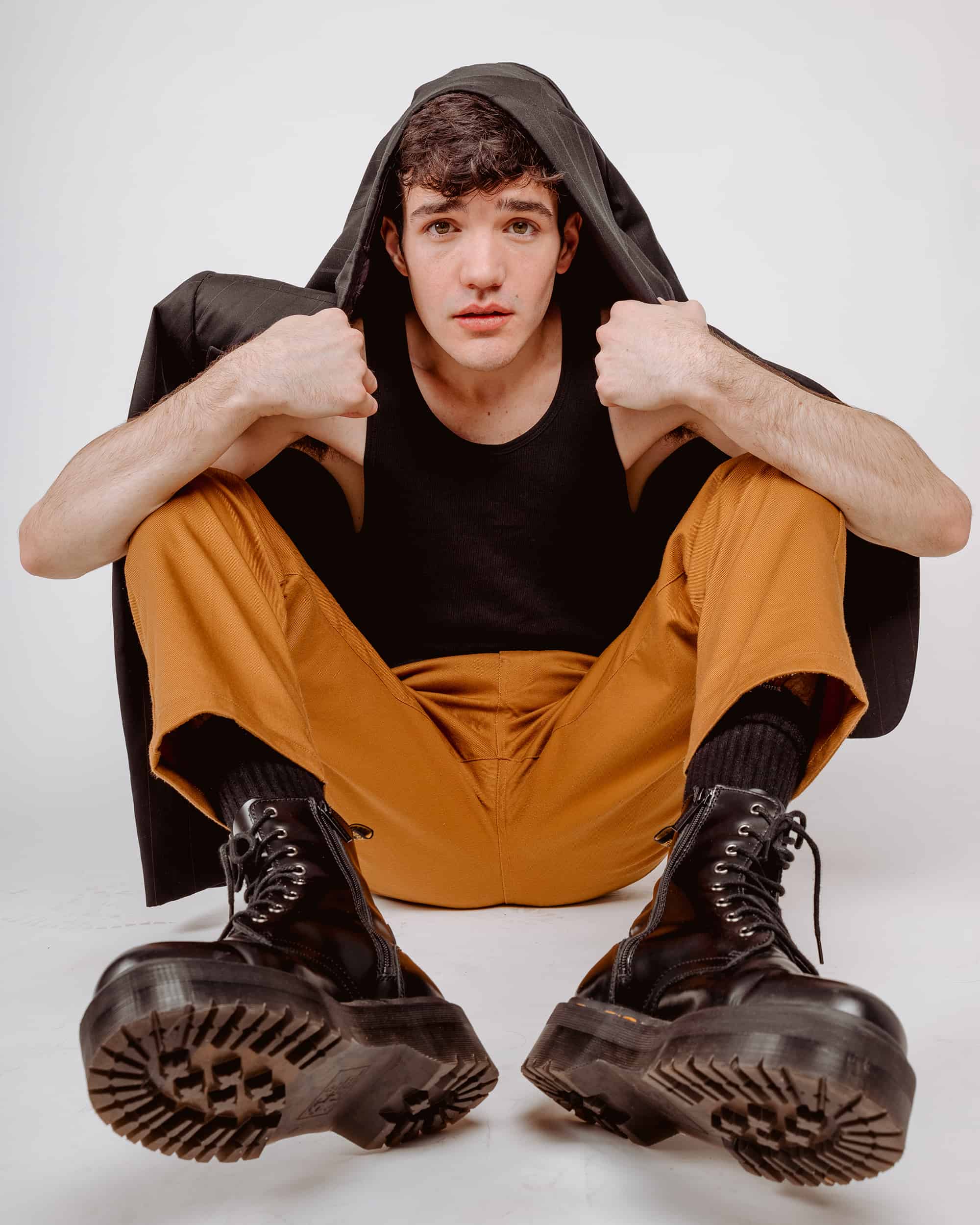 “Proud” has a very special meaning behind it – can you tell us more?
Proud is a super special song to me. When I recorded it, I just passed the 2-year mark of living in LA. To me, Proud has multiple meanings. Growing up, our families & who we grew up around are a massive reason we are the way we are & living on my own for the first time it kinda felt like everything I learned from my parents & family was being put to a real-life test and I just wanna make them proud of the person they raised. The second meaning would be for my stepbrother and stepdad. In 2015, I lost them both very unexpectedly and they both played huge roles in my life. They were my biggest supporters along with the rest of my family and I never wanna feel like I’m letting them down.

You’ve mentioned previously that your family has been your support and inspiration – how have you reciprocated that to your family? What have you inspired them to get into?
I preach again and again that they’re the reason I’ve had the opportunity to do what I do. They’ve been the best support system & never doubted any ideas or dreams I have, so I do the same for them! We never shut down each other’s ideas or dreams and always reassure each other that anything is possible as long as you never give up. My brother lives in Colorado with his band and they make music pursuing what they love every day. My sister is currently pregnant and is incredible at her job– Her work ethic is insane!

Are there plans to release a full-length album soon?
I 10,000% plan on releasing a full album. I want it to be perfect so I’m taking my time with it! 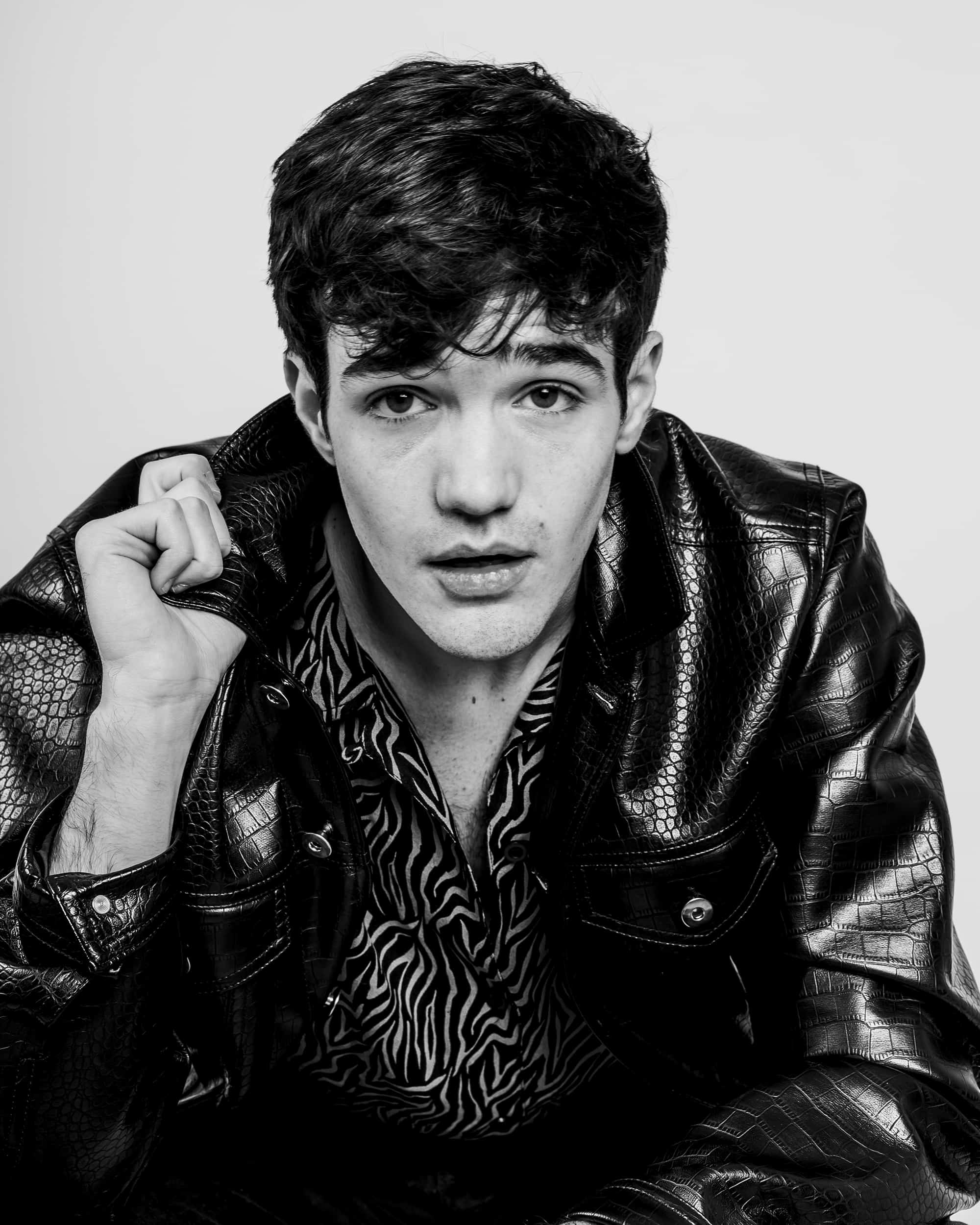 What do you want your fans to take away from it?
At the end of the day, I want to make them feel happy when they hear or even think of my music. The nostalgia in the 00’s era of music inspires me so much cause every time I hear it, it brings me back to an exact moment in my life and it brings me so much joy. That’s what I hope my music can be for other people.

What are some goals you have for this year?
My goal this year is to release more music and get in front of a crowd to perform. It’s been so long since I’ve been on a stage and I’ve been itching to get back out there and put on a real show!

Who are some artists you’re into right now?
I’m listing to a lot of Stevie Wonder lately. I really like Steve Lacy’s recent album, Apollo XXI, I also love everything Alec Benjamin has been releasing.

Who are some artists you’d love to collaborate with?
I would love to get in the studio with Usher, Bruno Mars, or Justin Timberlake. I’ve been a fan of their music since I was a kid. 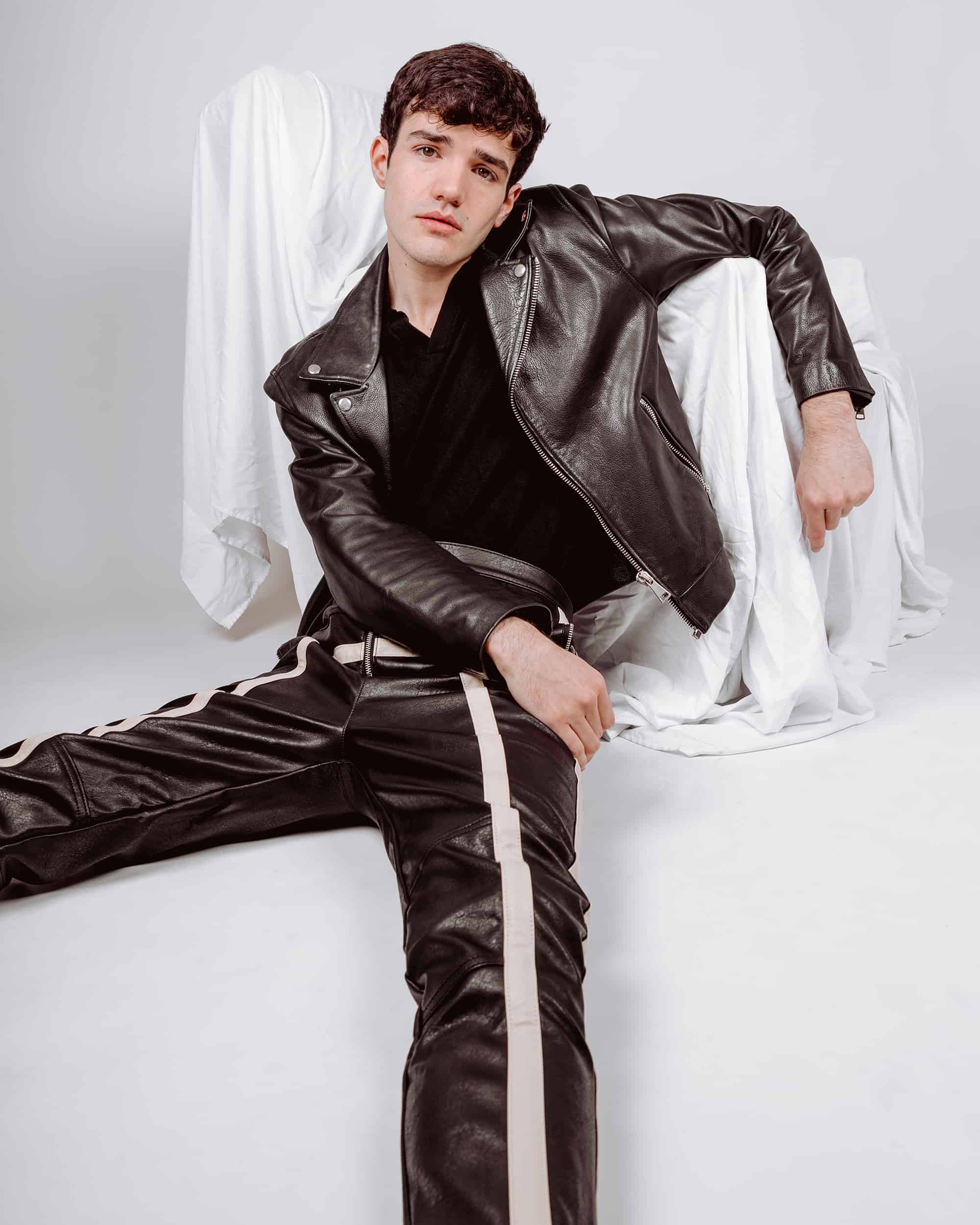 Besides music, what else are you inspired by?
I look for inspiration in every way possible. I have a lot of friends that are super talented all in different areas, and it’s really inspiring hearing them talk about something they’re super passionate about. I like to surround myself with likeminded people who love to create and love what they do. We keep each other motivated and challenge each other to be the best version of ourselves we can be.

If any piece of art (artwork, film, album) could best describe your life– which would it be?
It changes all the time, but right now Songs In The Key Of Life by Stevie Wonder has been the soundtrack to my life for the last 2 weeks.

What three albums would you take with you on a deserted island?
Songs In The Key Of Life – Stevie Wonder
Justified – Justin Timberlake
Number 1’s – Marvin Gaye

Is there one piece of advice you were given that has stuck with you?
I’ve gotten a lot of great advice from my friends and family, but one that sticks with me the most is from my Step-Dad. I was upset about some random comment from a hater that I can’t even remember now and he told me “Just let it go like water on a duck’s back.” That’s been something I exercise every day now with little negative things that don’t matter. It keeps me from stressing about things that I don’t need to be stressed about.

What’s next for you? What should fans keep an eye out for from you?
All I can say is I’m finishing up a couple of songs right now and got something really cool coming soon 🙂 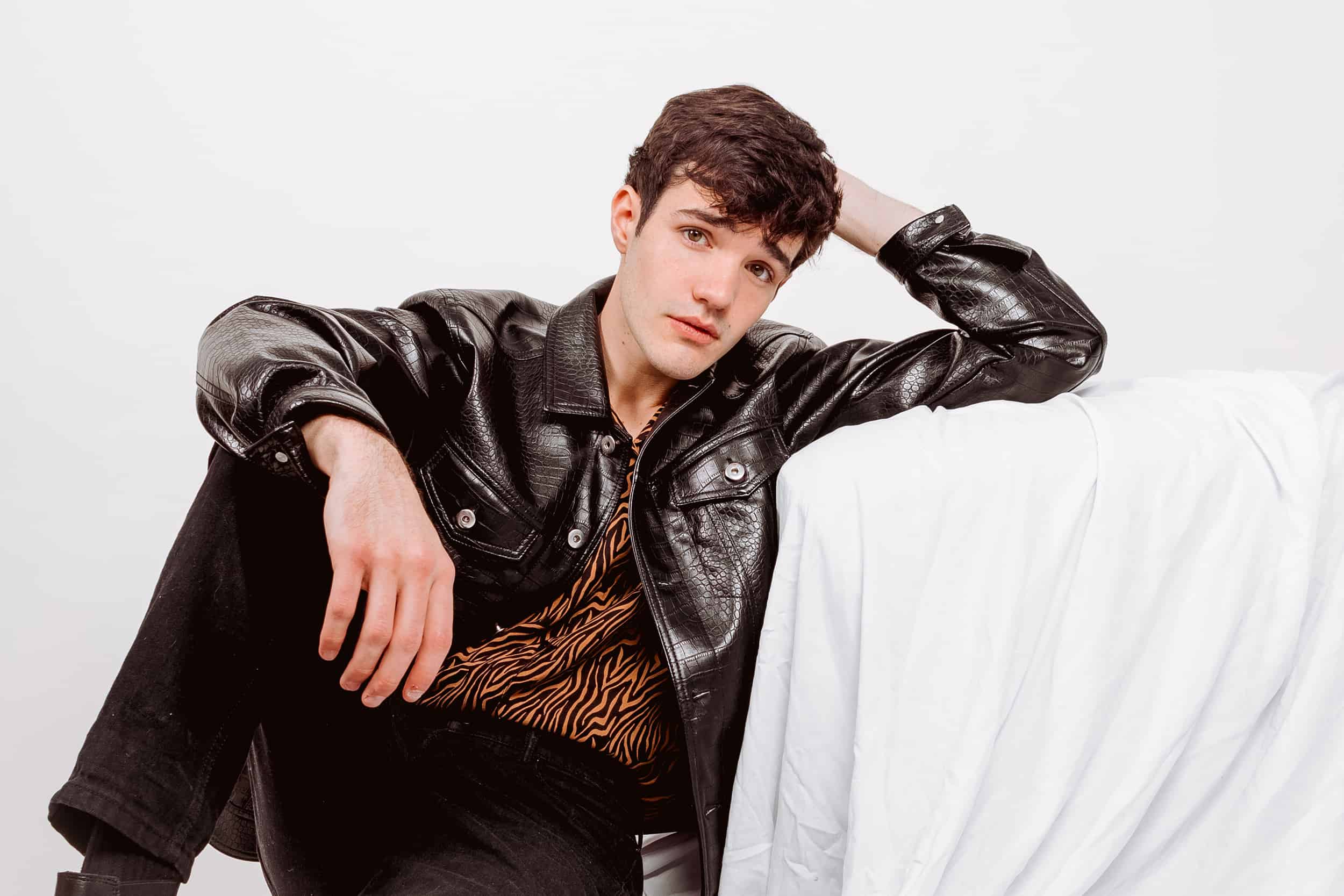