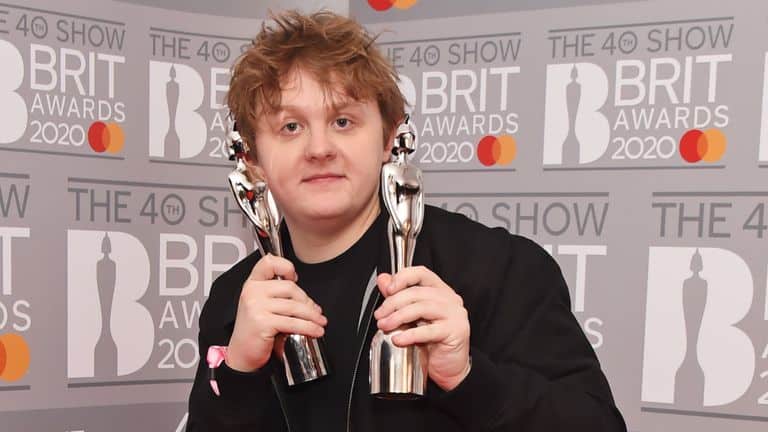 Ask anyone in the British music industry, and they’ll tell you that the most wonderful time of the year is actually not Christmas – it’s the BRITs. As prestigious as the Grammy’s, the annual award show lauds British artists, as well as international artists, who performed exceptionally well in the British market over the past 12 months.

This year’s BRITs promised to be big, what with Billie Eilish, Lizzo and Stormzy amongst its performers. Just in case you weren’t able to watch the important UK music event in real-time, we’ve recapped the entire night for you…

Mabel kicked the show off with a high-energy performance of her break-out hit “Don’t Call Me Up”. It was a special night for the singer, whose mother Neneh Cherry performed on the BRIT stage exactly 30 years ago as well. Mabel also got to take home the award for Best Female Artist, adding the cherry on top of her already magical night.

This year’s host was Jack Whitehall, who has been presenting the show since 2018. The British comedian started off with a heartfelt tribute to his friend and colleague, presenter Caroline Flack, who took her own life on February 15th. It was only fitting that Jack’s words of remembrance were followed by a performance of “Someone You Loved” by Lewis Capaldi.

The Scottish singer walked away from the BRITs as the big winner, scoring both the award for Best New Artist and Song of the Year. His acceptance speeches were a great reflection of the humility and humor we’re used to from him. For Best New Artist, he didn’t say more than “thank you”, before spending more time hugging his friend and fellow musician, Niall Horan. After winning Song of the Year, he ended up awkwardly thanking his grandmother for passing away – as she served as inspiration for “Someone You Loved”.

With Buckfast still in hand, Lewis then proceeded to playfully beg ITV not to ask her to participate in Love Island, as they had done with his ex-girlfriend.

Harry Styles then took to the stage in a Prince-inspired costume. The touching ballad, “Falling”, off of his latest album Fine Line, unfortunately, did not result in any wins for the 1D alum. He lost out on both Album of the Year as well as Best Male Artist, respectively. However, he did win the prize for most costume changes – appearing in three different outfits throughout the night. Plus, the comedic highlight of the night was probably the interaction between Lizzo, Styles and host Jack Whitehall. After Lizzo made sure to entertain the entire arena with her medley of hit songs, she also got up close and personal with Jack Whitehall.

Flustered and sufficiently riled up by Lizzo’s flirtations with him, Whitehall then moved to Styles’ table. In a hilariously awkward exchange, the host was taken aback by Styles knowing his mother’s name, proceeded to confuse Styles’ sister for his date, and came to the shocking conclusion the singer was drinking wine glasses filled with straight tequila for the night.

Actual Best Male Artist winner Stormzy took to the stage with an explosive medley of songs from his critically acclaimed sophomore album Heavy is the Head. It even included a variety of guest appearances, including Burna Boy, a big group of choir singers, and Tiana Major9. If anything, it further consolidated Stormzy’s claim on the crown of British music royalty.

But the awards weren’t just there to celebrate established success – it was also a night of firsts. Rising Star winner Celeste took to the stage in the O2 arena to perform her song “Strange”, showing off exactly why she is deserving of critical praise. Moreover, Billie Eilish and her brother Finneas debuted the new James Bond theme song “No Time To Die”, assisted by no one other than Hans Zimmer. It was perhaps the most anticipated performance of the night, and Eilish managed to deliver – as usual. The 18-year old also got to receive the award for Best International Female Artist. She gave an emotional speech in which she admitted to feeling ‘very hated’ the past few days, but that seeing everyone smile at her and rooting for her made her want to cry.

It wasn’t the only loaded statement of the night, as the award show was also rife with political commentary. Multiple artists, as well as host Jack Whitehall himself, commented on the lack of gender equality amongst nominations. He called out the committee for recycling excuses, whilst Best British Band winners Foals made sure to express their hopes of seeing more women represented in their category next year.

When Tyler, The Creator won the award for Best International Male Artist, he gave Theresa May a shoutout – who infamously banned him from entering the UK under her government.

Finally, Dave gave by far the best performance of the night with his live rendition of hit song “Black”. Essentially a commentary on the experience of people of colour in Britain, focusing on identity and racism, he used part of the song to freestyle. Dave delivered a powerful and empowering message, in which he didn’t shy away from criticizing Boris Johnson, referring to him as a ‘real racist’. He also made sure to mention Grenfell and the lack of proper re-housing for its victims, as well as the media’s treatment of Meghan Markle. It was no more than deserved that Dave walked away with the biggest award of the night – winning Album of the Year – for his album Psychodrama.

Sir Rod Stewart and Ronnie Wood closed the show as they reunited with Kenney Jones to reform old band The Faces. Perhaps their performance was a nod to the fact this year marked the 40th anniversary of the BRIT Awards, or just a way of emphasising that good music is timeless. Besides, what better way to end the biggest night in music, than to have actual British icons perform together?