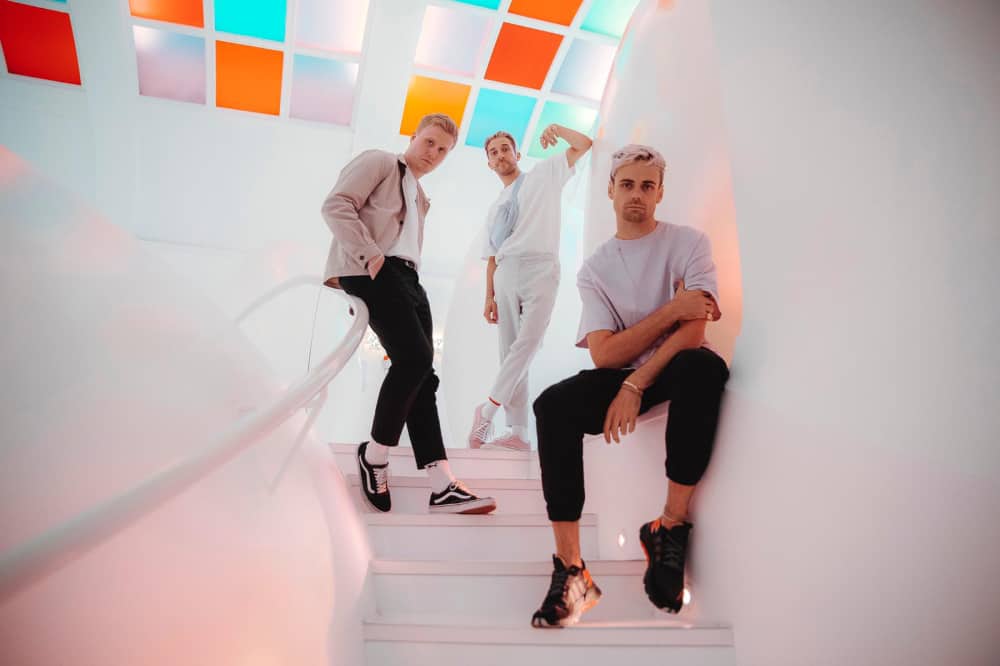 If you dipped The 1975 in sugar, the result may sound something like Liimo’s pop-tastic new track, “Thinking About It”.

The new song oozes with bubblegum beats and a super catchy chorus. The reflective track unpacks the band’s doubts about their new life in London, following their move from their hometown of Edinburgh.

“There are moments when living in a big city can be quite isolating and it can feel like you’d rather be anywhere else,” lead singer Kieran explains. “That’s where ‘Thinking About It’ comes from to be honest, those times when it feels as though the lights don’t shine as bright anymore and you’re tempted to pick up and leave, to find a little slice of paradise somewhere new.”

“Thinking About It” is Liimo’s sixth single, following a number of deliciously replayable tracks – including most recent single – the R’n’B infused pop jam – ‘Old School’ and previous singles ‘If You Love Me’, ‘Pink In Heaven‘, ‘Get Weird’ featuring LA artist Lizzy Land, and their debut single ‘Pineapple Radio’.

The Edinburgh trio – comprised of Kieran, CJ and Jamo – met as teenagers in Edinburgh but bonded creatively when they moved down to London. The band’s moniker is an abbreviation of ‘little more’.

Liimo are currently on tour supporting alt-rock band, The Mowglis, across the U.K. It’s been pretty non-stop for the band, as last December they were touring too.

Listen to “Thinking About It” here: