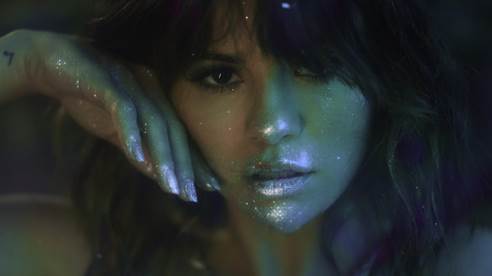 Rare, Selena Gomez’s first album in four years is already the perfect pop album of 2020. Rare is about self-love, growth, and resilience.

The first single released from the album, “Lose You to Love Me,” details her relationship with Justin Bieber, which was on and off from 2011-2018. The FINNEAS produced ballad sees Gomez’s most stripped vocals. The song recently became her most streamed song to date, and if that doesn’t show how successful this album is, nothing will.

“Look at Her Now,” the second single released approaches her growth since her relationship with Bieber. The chorus includes creative vocalization and some of the most hard-hitting lyrics, “of course she was sad but now she’s glad she dodged a bullet, took a few years to soak up the tears but looks at her now,” all disguised under a dance-worthy beat.

Although some of the songs are not as creative as “Bad Liar” and “Fetish,” her decision to leave both songs off the album shows that Rare is Gomez’s most succinct and cohesive album to date, it follows the ethos of losing love but gaining freedom and a sense of self from track to track. The title track “Rare” follows the same upbeat melody, even borrowing inspiration from her Latina heritage for a hip-swaying beat. Her low and breathy vocals carry the chorus: “it feels like you don’t care why don’t you recognize I’m so rare.”

Her best songs on the album are hands down “Vulnerable” and “Dance Again” which maintain the same upbeat melody seen on the entire album but have the songwriting worthy of a ballad. In “Dance Again,” Gomez alludes to losing control and the tried and true motif of dancing through the pain. After knowing about her past with Lupus, the lyrics take a new meaning when discussing feeling powerless. “Vulnerable,” possibly the climax of the album, finds Selena whispering “if the only other option is letting go, I’ll stay vulnerable,” encouraging people to remain open even after they have been hurt.

The other songs on the album, albeit very good, tend to be slightly more forgettable. “Ring” finds Gomez using Amy Winehouse-inspired vocals, where “People You Know” houses one of the sadder topics on the album, but is muddled by the songs repetitiveness. The closing track of the album, “A Sweeter Place,” seems like the only song out of place. Her background vocals seem to prioritize Kid Cudi, making the song feel more his than hers. However, the song is a good conclusion to the storyline of being hurt, getting back up, and finding a “sweeter place, we can sugarcoat the place.”

Rare is very one-note with its message, but it works that message perfectly. Every song finds Gomez using her vocals perfectly, which can’t be said for some past albums where she included more high notes than her voice seemed fit for. Each track reveals a new part of Gomez’s healing process and was successfully combined in this sonically cohesive album.