5 Fresh Faces You Need to See at Truck Festival

The UK’s longest-running (and arguably best) small festival is BACK this summer for another killer weekend.

Taking place from 30th July – 2nd August in Steventon, Oxfordshire, Truck Festival is known for bringing some of the UK’s biggest and best indie bands together. The first line up announcement has just been released, with Bombay Bicycle Club, Catfish and the Bottlemen, The Kooks, Blossoms, and more on the bill.

But it’s not just the big names that you should be structuring your day around. Truck Festival also champions tons of amazing budding artists. Here are 5 fresh faces you have to see when you’re there. Meet you on the left of the stage, under the speakers, yeah? 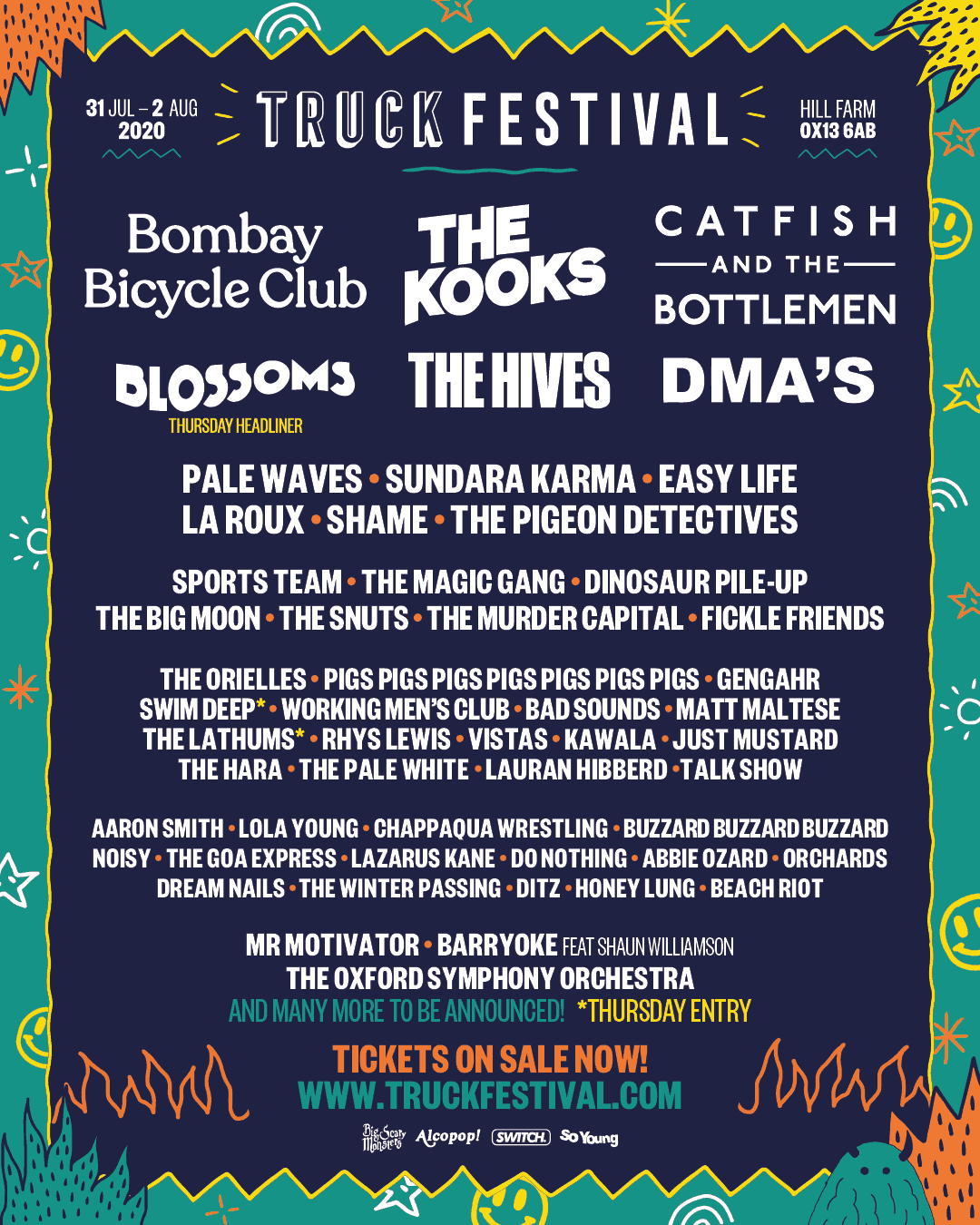 Be one of the first to see Abbie Ozard’s growing sparkle at Truck Festival. The Manchester BIMM grad released a couple of delightful indie-pop singles such as debut “average disguise” and “stay another day” in 2018, before an EP, Growing Pains last year. To top it all off, she played the BBC Introducing stage at Bluedot Festival and toured with whenyoung in the UK. Abbie’s set is sure to get you dancing. See you there!

We almost don’t want to tell you about the incredibly talented singer-songwriter Matt Maltese – we want to keep him all to ourselves. Whilst he’s been blessing the world with music since 2015, London-based Matt is still a hidden gem (although not for long we bet). Now on his sophomore album, Krystal, which was released last autumn, Matt’s sound has evolved from his heart-achingly romantic piano-led debut “Even If It’s A Lie – Demo” to the more involved production found on his first LP, Bad Contestant. He seems to have met in the middle sonically on Krystal, so expect an eclectic yet enrapturing set from Matt Maltese at Truck.

We can’t wait to jump around at ‘slacker pop’ chick Lauran Hibberd’s set. With a fun American 90’s feel to her songs [give her new tune “Bang Bang Bang” a listen for starters], her sound would fit right into a classic cult film like Clueless or 10 Things I Hate About You [in fact, she says “Bang..” was built for the prom scene]. Lauran spent most of 2019 on the road touring with The Regrettes and Hippo Campus, as well as playing Glastonbury’s BBC Introducing stage, so you’ll be in for a treat here.

These guys have got some proper foot-stomping stuff. Teeming with killer guitar riffs and lyrics you can belt out at the top of your lungs, they draw comparisons to The Black Keys. The Scottish quartet is one of the most exciting up-and-coming indie rock bands in the game at the moment. Make sure you give them a listen before their show at Truck – we can guarantee everyone will be singing along to big numbers such as “Seasons”. Plus, if you’re hooked, they’ve announced a UK and Ireland tour for this year – so you can do it all over again!

Brummie indie band Swim Deep originally formed in 2011, when indie was dominating the airwaves. Their first album [2013] Where the Heaven Are We gave us dreamy bangers such as “She Changes the Weather” and “Honey”. They went on a big US with The 1975 in 2015, and changed direction with sophomore record Mothers, which had quite an acid house influence. The band went on hiatus in 2017 but are back at it now with third album, Emerald Classics. Standout track, “To Feel Good” samples Rozalla’s classic dance hit, but switches things up by using a choir, Fatboy Slim beats and a sprinkle of something that feels a bit The 1975. It’s quite something to behold, and the main reason we’ll be front and center for this set.