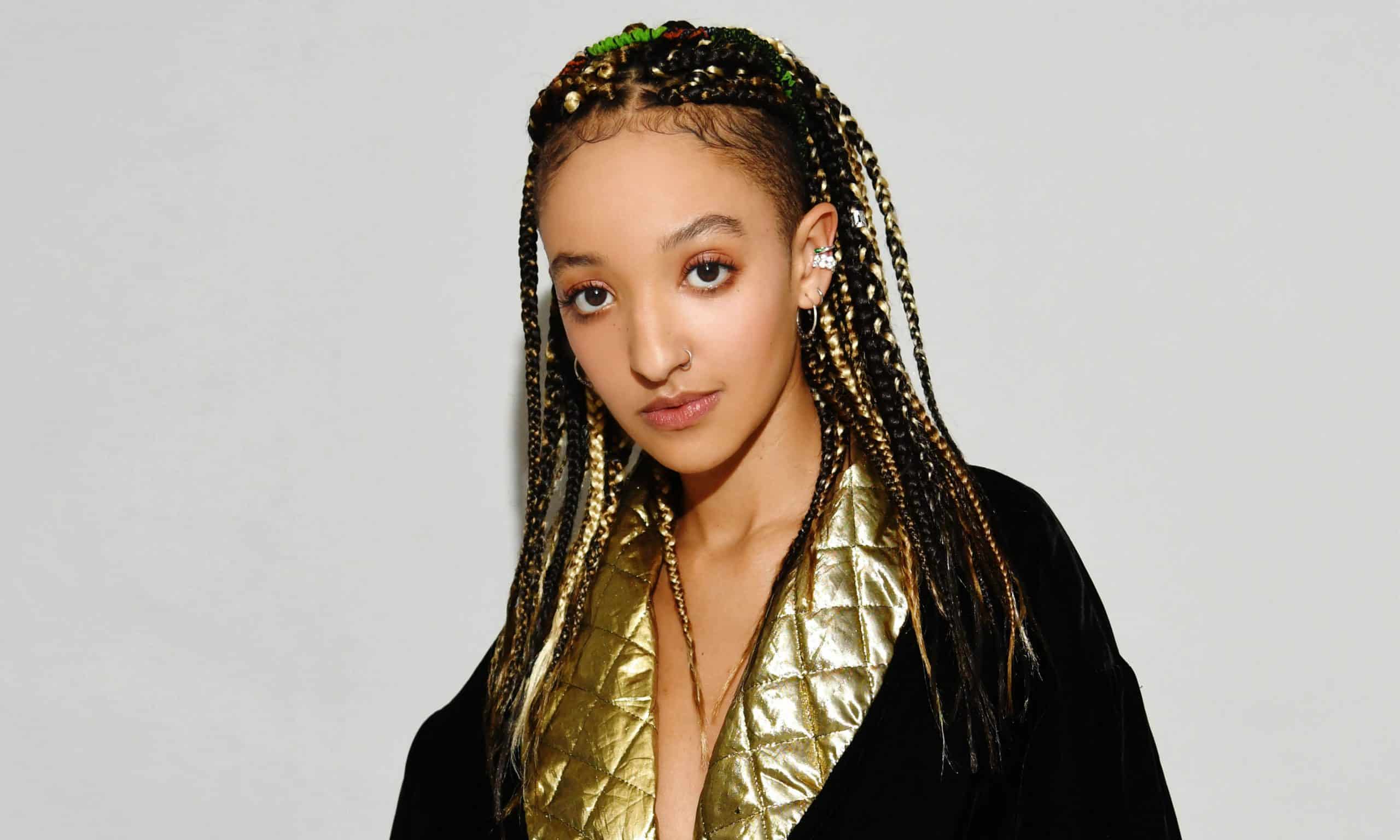 Sex Education was one of the most-watched Netflix Original Series last year. It’s no surprise then that Season 2 counts among the most hotly anticipated sequels on Netflix in 2020. We spoke with actress Patricia Allison (Ola) on the new season and her character, the impact of the show on viewers and herself, representation, and what’s next on her horizon!

Sex Education has become one of the flagship series of Netflix, when did you first realize that you were part of somewhat of a cult classic?
It’s so cool that Sex Education is being referred to as a cult classic; when it aired we felt the excitement, but it’s only recently that I released how eager audiences have been for us to grace their screens once more.

If you think back to when you were a teenager, what would you consider your main pop culture references or influences during your own formative years?
We’ve always had a kitchen radio playing in my house, we listened to a lot of soul & Motown. I was also madly into sci-fi and would find my self watching older movies. Skins was a huge teenage hit when I was growing up.

Being part of a popular series also provides you with a platform outside of the show, as you’re suddenly thrust into the spotlight more. How have you handled that transition so far?
It’s been a much easier transition for me, as Ola is introduced late into series one, which gave me time to warm into the transition, although I’m still bowled over by its success almost daily!

For many, Sex Education has provided an opening to discuss taboo issues – be it with friends, or with family, or even just with themselves. Does that change anything about the dynamic of playing such a role, knowing that the story you’re telling can have such an impact on people’s lives – beyond bringing a smile to their faces?
Laurie Nunn has written well-rounded characters all of whom have complex layers and emotions, much like a lot of us. Personally, I find this kind of storytelling necessary and vital to help society grow by helping ignite the flame. After that, I believe it’s up to the audience to gain empowerment and responsibility to help make the change possible.

What do you think is another element of self-discovery or just the teen/young adult psyche that deserves more exploration and attention – be it through film or writing?
I had a few friends that found settling into university slightly daunting if they were particularly shy. Maybe something could be explored bridging the gap between sixth form and university.

You’ve said before that you auditioned for a bunch of roles in Sex Education – was Ola your own first choice, or did the casting choice only make sense to you after you got the part?
Ola was truly my first choice. She’s headstrong, fun and unapologetic. I couldn’t have been graced with a more suited part.

What are the biggest commonalities and differences between you and Ola?
I’m slightly more apologetic, a trait that I’m quickly trying to change. I love how headstrong and confident Ola is, I’m taking more of that on.

As you’ve gotten more comfortable with your role and who Ola is, do you find yourself exploring or improvising more on set as well?
Definitely, I’ve found my confidence has grown so much giving me the freedom to play which is always fun when improvising!

What do you think is the most important aspect or dynamic that your character brings to the show, particularly in this new season?
I feel like Ola is very grounding at points of possible mini chaos. She’s also the perfect buddy to allow the other to be themselves in their truest forms. She loves to take time with people and get to understand them.

We’ve seen the characters grow over the course of the series, which I’m sure will only continue in season 2 – what stands out to you as a pivotal development or moment in this next season? What would you want viewers to take away from it?
In the second season we find Ola on her first day in a new school, she is introduced to Lily (played by Tanya Reynolds) the unlikely pair become friends, through this, we delve deeper into both their characters. There are many scenes where we see the girls of Moordale coming together and helping each other. This is very empowering, I hope audiences will feel the same.

The show in and of itself has surely developed as well, how would you describe the difference between the two seasons from your personal perspective and your experience on set?
It’s no secret that we were all really excited to get back on set after the first season had aired, the energy was live and it was so great to be together again. The second series focuses more on these wonderful characters that we’ve already met, giving us a closer look into their lives and relationships.

If you could tell Ola anything, what would it be? And conversely, if Ola were to give you advice, what do you think it would be?
I look up to Ola, I think she would tell me to stop worrying so much about the small things, and I would tell her to keep going as she is but maybe sometimes she should slow down and consider what the other might be feeling (a bit more) before she goes full-on with her plans.

Part of the interesting dynamics in Sex Education is that it delivers well-rounded characters, that move beyond clichéd or stereotypical depictions of teenagers in high school. Instead, it shows the unapologetic beauty and embarrassment that is growing up and figuring yourself out. You’re 25 now – officially an adult that’s supposed to know what they’re doing – do you feel like you’ve got it all figured out now?
I never feel like I’ve got it all figured out, life is constantly changing and growing, and new challenges always a raise. It’s keeping me on my toes.

Sex Education, of course, can’t last forever – what type of projects are you interested in being involved in next?
I’m looking forward to seeing which direction my career goes. I am a big fan of Ruth Negga and Lupita Nyongo, their both ace. But personally I’ve been writing more and have been involved in a few short films which will be released later this year.

What would you consider to be the ideal role, a character that you think is just so well-crafted? Or perhaps a movie or series that you wish you could’ve been a part of, or would like to be a part of in the future?
I’d love to be in a movie like Us by Jordan Peele. I’ve always been a HUGE fan of Yorgos Lanthimos and certainly would love to be in one of his films. The Favorite is one of my favorites of his.

You started out with stage acting – a school production of Oliver Twist. What are the main differences, is there anything you like more about stage acting or acting on set?
They’re both require extreme amounts of patience and stamina. I love my background in theatre, I think it’s helped with my disciplines, movement, and voice– skills I use when I’m filming too. For me, the main difference from stage to screen is that on stage if you’re actions are too small or unclear, you’re in danger of frustrating your audience from lack of them feeling involved or ignored, whereas onscreen we bring the audience to us, it’s intimate and delicate. They both require a huge amount of skill and craft.

Would you ever consider going back to the theatre?
Absolutely, I don’t think I’ll ever truly leave it behind. It keeps me sharp and the thrill of a live audience is something I can’t give up!

You previously had a part in the BBC’s Les Misérables production. David Oyelowo, who played Javert in the adaptation, lauded the commitment to more on-screen diversity. Is that something you take into account when choosing what stories you want to tell or represent as an actor?
David Oyelowo is one of my favorite actors that I’ve had the pleasure to meet and work with. We spoke about the subject matter almost instantly; as an actor, this kind of representation is key to reflect the world that we live in. We want on-screen diversity that serves our characters. I want to keep unearthing more stories that champion this movement.