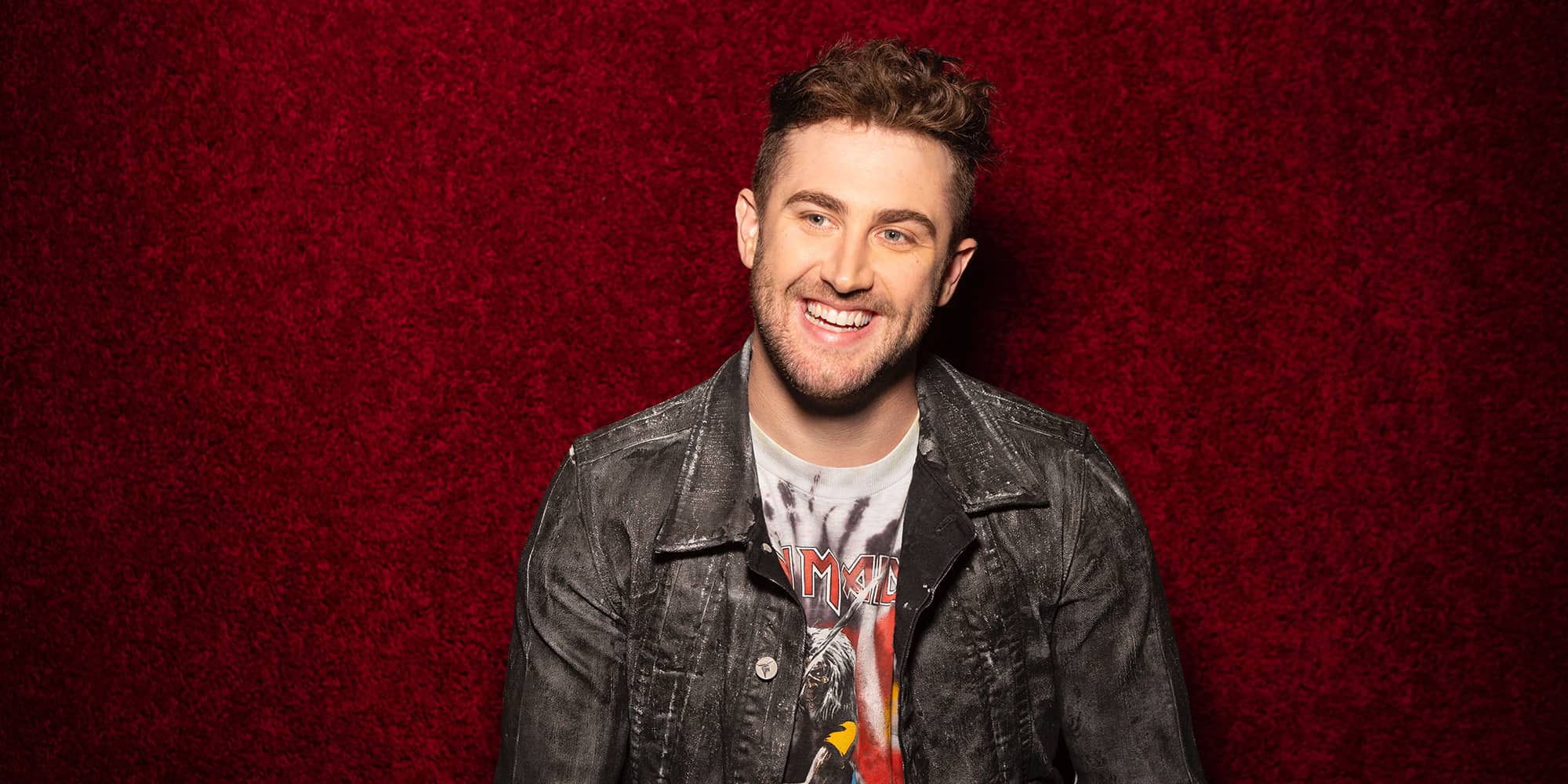 His effervescent demeanor with his music and persona, singer and guitarist Jordan McGraw exudes excitement and passion for life. Jordan released his self-titled debut EP via Republic Records last fall featuring “We Should Still Be Friends” (co-written by Alex Gaskarth & Jack Barakat of All Time Low) and “Bread and Butter” (co-written by Joe Jonas). McGraw has also worked with a number of actors and musicians for his “Flexible” music video which featured John Mayer, Amanda Cerney, Ron White and Nikki Six.

We caught up with Jordan while he was taking a break from touring in the studio working on new music. He let us know more about his latest EP, life on the road with the Jonas Brothers, his writing and recording process, and more.

What was touring with the Jonas Brothers like?
Without sounding cheesy, it was everything that you would think that it would be. The Jonas Brothers, first of all, are just like the coolest people in the world. They’re some of my best friends. There was no awkward “first day of school”– We just jumped right in and had a blast from the first rehearsal of the tour to the last show. First on you kind of expect a mixed reaction, maybe a few empty seats and having to convince people to dance to your music. But with their fans, it’s like 75% full, 10,000, 12,000 people every night. They’re ready. They’re like into it already, ready to have fun. It was the best-case scenario. We’re there to party. We’re not there to read books and tell stories.

What do you enjoy the most about touring?
I personally love every part of it. I think for some people it’s hard to be away from home and hard to kind of be floating around for so long. But I just love being able to take the music that we spent months and months and months working on and then kind of sat on for longer than you would want to as an artist. As soon as it’s done you want to put it out, but there’s more to it than that. To be able to finally get out and just show up and watch people do what you were hoping that they would do when you wrote it or recorded it is just the best feeling in the world. If I could tour 100% of the time, I would.

What draws you to music? What was your first introduction to music?
Nobody in my family is musically talented. I don’t know where it came from, but we always had music in the house. There was always music playing in the car on the way to school, I got educated on everything from Led Zeppelin to Bone Thugs-N-Harmony and Garth Brooks on the way to school depending on who drove me. It was just always a part of what I was doing. Then when I turned 15, we moved to California and quite frankly, I had no friends. We moved in the middle of the summer. I saved up a bunch of money, went to Guitar Center, bought the Tom DeLonge Blink 182 edition Strat. I locked myself in my room and learned as many songs as I could. Then as soon as I got to school, I found a couple of other nerds that loved Blink 182 and we put together the world’s worst band and just kind of grew from there. At some point, it goes from noise to music. I don’t know when that is. 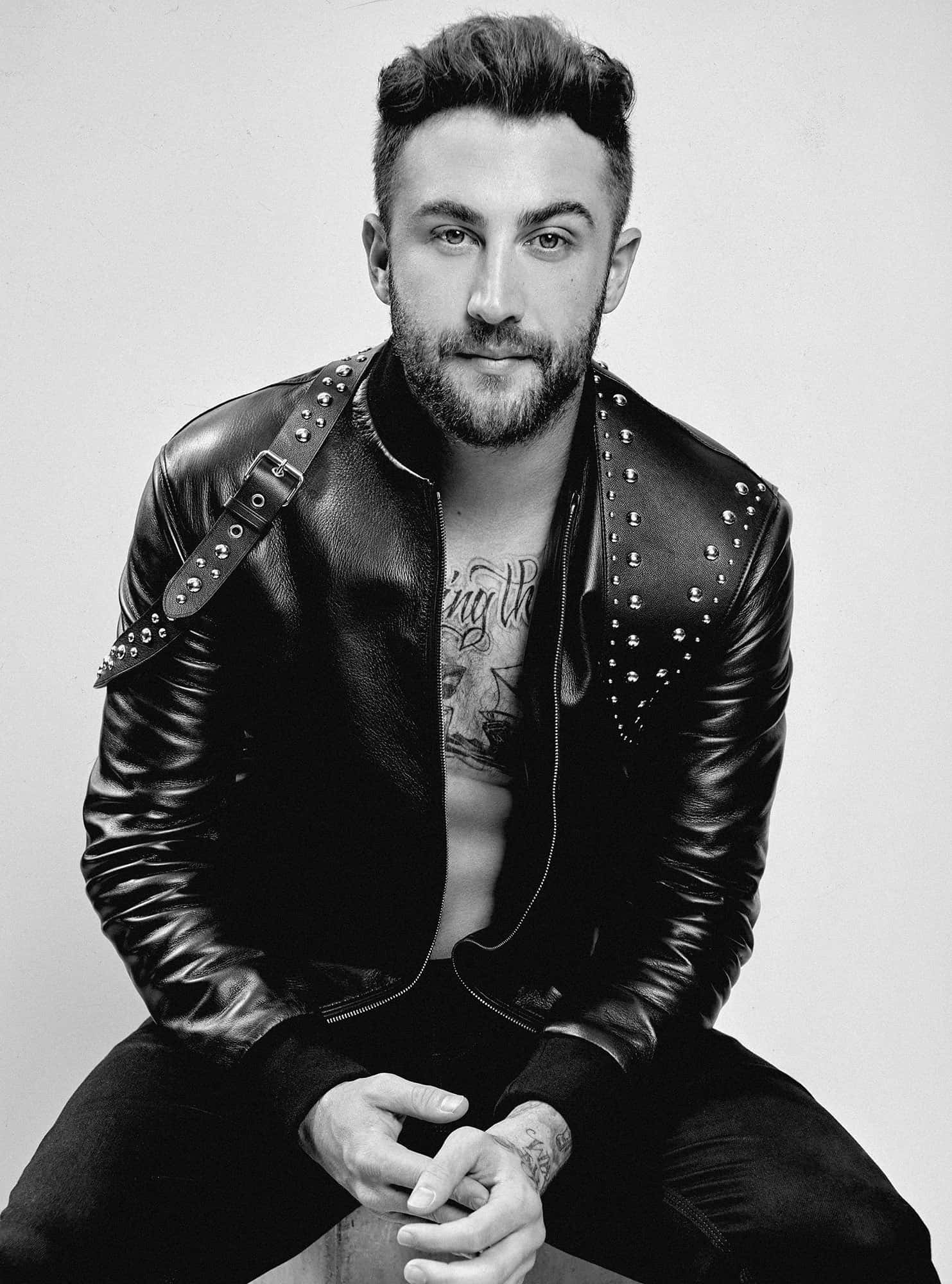 What is your favorite music genre?
I’m a pop-punk kid. Blink-182 was the first band that I was obsessed with, the first band that I was buying the t-shirts… Whatever they wore, I would try to wear. I wish I could skateboard, but I couldn’t. It was the first concert I went to by myself without my parents. I always kind of consider that my favorite, but now that I’ve been turned onto more options, I think I love Queen. I love Tina Turner, Daft Punk, bands like that, kind of anything that makes me happy and makes me dance. That’s what I like. I like some sad stuff too, but I like the happy stuff more.

You’ve released your debut EP, and I’m sure you have a lot more music in your vault; what’s your writing and recording process like?
It’s different every time. The one rule that I have, whenever I write with people, is we have to hang out first. It has to be at least an hour of just hanging out and getting to know each other because it’s one of those things where if you don’t do that, there’s no safety net. You have to know that you’ll vibe. But you’ve got to know that you’re at least kind of on the same page with where you’re going. Other than that, I just kind of get in a room and figure it out. Sometimes it’s a lyric idea or a concept and sometimes it’s something as stupid as a weird noise that I heard and took a voice note of and then we sample it and turn it into something; just kind of whatever gets the job done.

Is there anything that has surprised you during your collaborations that you never thought would have happened?
Yeah, I think that’s the magic of every session is you put yourself in rooms with different people to that you can get their perspective. The more that you allow yourself to let that happen, the better. I think some of the best songs come from a concept that I’ll have that means one thing, then somebody in the room will interpret it as something completely different. It takes a life of its own… then you put it out and a fan has a third one or they got your first one. It’s the autonomy of art that is just the best part of writing. I think that’s the best example.

Do you have plans to release a full-length album soon?
Yeah, I have a lot of songs! I don’t know which ones will make it to see the light of day, but that’s part of the process… Write 100 and release nine.

What’s your goal for this year?
I’m just going to work harder and keep playing shows and kind of keep putting the same level of perfectionism towards everything and just keep trucking. Just be better.

You previously have been part of bands, but what kind of creative satisfaction do you get from being a solo performer as opposed to being in a band?
I think, for me, the cool part is that the pressure is all on me. I don’t think that’s for everybody, but that’s something that I love. If the performance doesn’t go well, it’s on me. My name is up there. I have the best live band ever behind me, but at the end of the day, the pressure is mine and I absolutely love that.

You’ve collaborated with quite a few household names. Who else is on your bucket list?
Daft Punk is really at the top of my list. The way they manipulate sound and put things together in their own kind of way is just always awe-inspiring to me. Then there’s Stromae, who’s very much in that kind of the same vein as Daft Punk with his production style. If we came out with a song, awesome. If we just got to hang, just as good. They’re all very inspiring to me. Then just anybody that’s just really talented at what they do. I’d love to play with John Mayer or plus the obvious greats, Stevie Wonder, stuff like that. I just love people that are amazing at what they do. I don’t care what it is. It’s fun to be in a room with somebody that’s great. The best advice I ever got was to be the worst one in the room.

Who has been your favorite concert thus far?
Ooh, that’s tough– I don’t know. I want to say, Post Malone. I saw him at the Hollywood Bowl. I didn’t have low expectations by any means because I love his music, but he blew every expectation I had out of the water. Performance-wise he connected with the crowd so well. Then he sang his ass off and just had fun. It’s a very rock and roll attitude with the Post Malone brand of music. If you ever get a chance, fan or not, go see him.

Which five albums or artists would you not want to live without?
Queen, The Beatles, Blink 182, Whitney Houston & Oasis

Do you have a guilty music or entertainment pleasure?
Let’s see… I’m not guilty about much. Entertainment-wise, I guess this one is guilty. I love 90 Day Fiance. I’ll watch that show anytime. Music guilty pleasure, I don’t know. I would say I do love me some Spice Girls. I’m not guilty about it. I’ll spice up my life anytime (laughs).