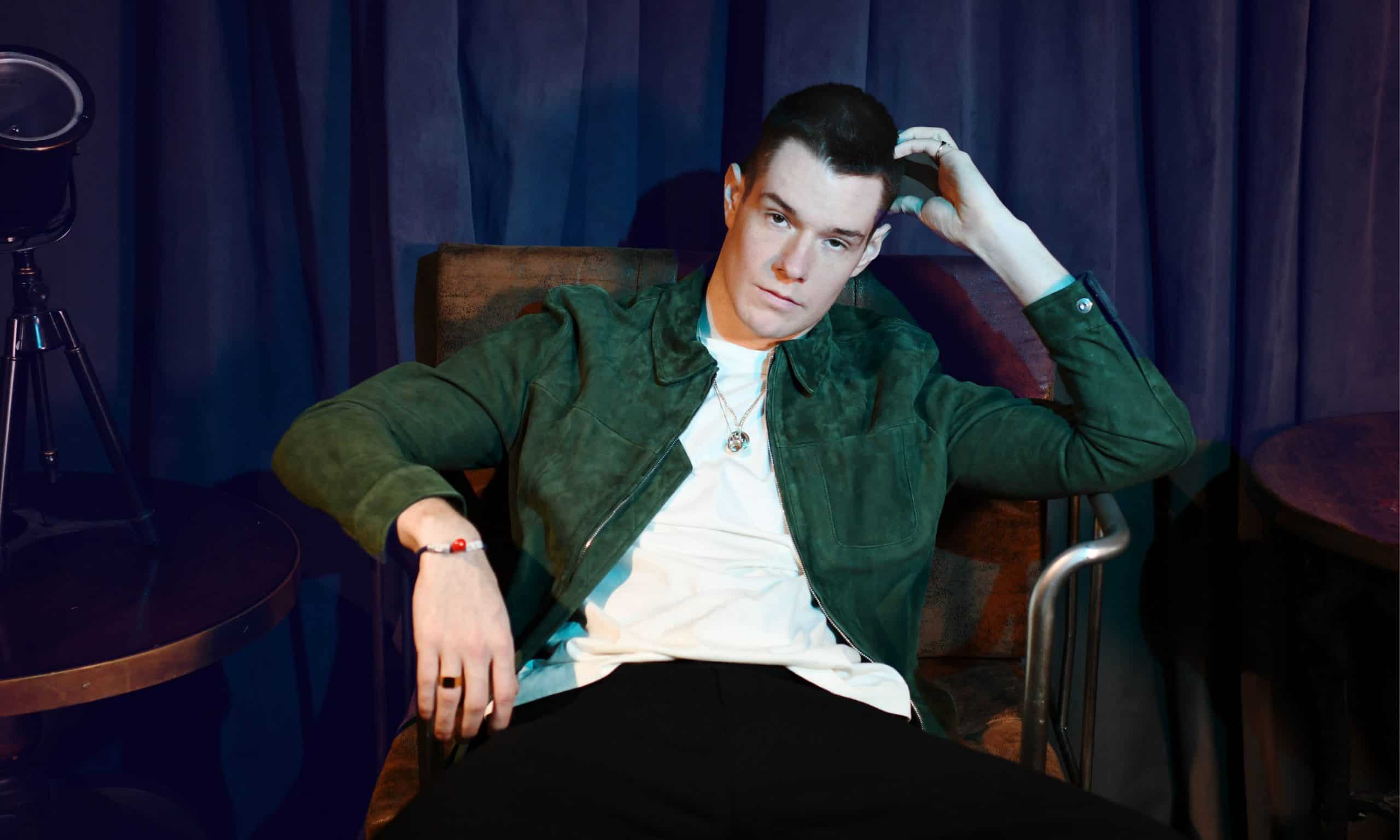 Connor Swindells is only relatively new to the acting game, yet he’s already managed to secure a bunch of high profile roles. Nevertheless, it’s without question that his portrayal of Adam Groff in Netflix’s Sex Education is what really launched him into stardom. While he refers to himself as a “questionable heartthrob” on social media, his one million followers agree that he is definitely worthy of their interest. We talked to Connor about just that – this sudden success and fame following Sex Education – as well as the much anticipated second season of the show, his experiences on and off set, and what he plans to do next in his career.

Congratulations on the second season of Sex Education! What was the pivotal moment that made you realize the show had become not just a success, but somewhat of a global phenomenon?
I think just the influx of followers on social media and the enormous amount of positive energy was quite a significant reason to realize that the show had garnered a following, the weeks that followed after its release last January was odd. People recognizing me in the street and saying how much they loved the show made me realize quickly how much of an effect it was creating.

Not just the show, but you have suddenly garnered quite the following. Has that awareness also led to any changes in your life? For example on what you do and don’t share on social media, or just how you go about your day?
I like to think it hasn’t led to many changes at all. I like to live quite a quiet and solitary life, that hasn’t changed, to be honest – it just means that sometimes I’m aware of people recognizing me in public, but people are very generous and kind – its charming.

The show in itself deals with a lot of important, yet controversial topics. How does that inform your own approach both during filming, but also afterward – as representative of this catalyst for important societal conversations?
Well, I try not to think of it like that, I’m an actor and a performer. I try to disengage my thought process as to relieve pressure on myself, I’m just an actor at the end of the day and I like what I do. I enjoy my job a lot, a bonus of that is the positive social effect the show has been having, but I try not to leave that in my mind, otherwise, I’d be too scared to do anything.

A lot of teens will look to Sex Education and feel inspired or idolize you or any of the other actors/characters on the show. Who is that you used to look up to when you were younger, and who you nowadays feel inspired by?
I’m a big fan of actors like Joaquin Phoenix and Shia LaBeouf, those who are searching and wrestling with something within themselves, I don’t exactly know what that thing is – but I know when I see someone searching for answers. I relate to that a lot, they’ve both incredibly truthful actors. in my personal life, I have lots of people who inspire me every day, friends and family. I’m very fortunate.

Adam goes through a lot of development in Season 1, and his arc ends with a cliffhanger of sorts. Did you know when going into the role that this was where Adam would end up? Did it change anything about the way you portrayed him throughout the season?
I did know he would end up there, and it was an interesting thing to play with, but to be honest – I just try and have fun, I’m very lucky that our amazing directors and editors have made it look like I had planned out and executed the part in a way that’s received well, it’s not on me – it’s on them.

Your character, Adam, is quite complex and interesting, but perhaps not the most immediately likable character in Season 1. What about him made you want to audition for the role?
the amazing casting director, Lauren Evans had met with me a lot, I love her a lot and she’s very talented at her job – I was desperate to do something that she was working on, that initially was what got me in the room. after that, it was reading the script and thinking this could be a lot of fun. furthermore, that being reinforced by Ben Taylor and Jon Jennings our director and producer who were just great fun to be around, I work best with people I get along with – that’s how collaboration works, that’s film.

Are there any characteristics that you have in common with Adam? What are the biggest differences between the two of you?
I guess it would be the fact that Adam is social awkward mainly from the fortress of walls he has built around himself, that’s something I’ve more or less done my entire life and still to this day can fall into. I don’t like socializing much, I’m quite quiet, the main draw was the fact I wouldn’t have to speak much as him. Something which I do very often. my family often say when I go quiet, that I’ve forgotten how to speak again.

Now that you’re more familiar with who Adam is, and having played him for a season, did you find it easier reprising the role? Or do the expectations of the audience also make it a little bit more daunting to return to him?
Both, there is more pressure, but as I’ve said before – I don’t like to think that way, but it does happen sometimes. It’s also easier because I’ve already introduced him to the audience though so now it’s about diving deeper into his makeup, that’s interesting to me. I love being back with everyone and enjoying going to work every day outside of that.

What’s the best memory you have from set? What was your favorite scene to film this season?
There are honestly so many fun times I’ve had doing this job, any time I have scenes with Alistair Petrie, it’s a great day, he’s a phenomenal actor and a very good friend of mine. working with him is always a delight.

Season 2 has freshly arrived on Netflix, and of course, the characters will grow even more throughout this next installment of the series. What would you want viewers to take away from the new season? What’s the main message?
I don’t want to push any objectives onto anyone, art isn’t about that – its about interpretation, that being said I hope that everyone CAN take something from it and be willing to listen to the conversation in the show, maybe that will open up more in their own lives. I don’t know, just enjoy it.

How do your own experiences in high school compare to how it’s portrayed in Sex Education? What other elements do you think the show could explore that they haven’t done so far?
My high school experience was very different, I sorted drifted through my education without ever making a mark or a dent. that’s something I kind of regret. I honestly think that Laurie Nunn will do an amazing job where ever she takes the show next, I can’t wait just like everyone else.

You accidentally ended up in acting after a friend dared you to audition for a local play – what were your ambitions or dreams growing up? Was acting on your radar before that dare?
I was a boxer for a long time, that’s the only thing I can remember of myself having any ambition or anything. There must have been a part of me that wanted to act or it just wouldn’t have happened, but I honestly don’t remember. I must have known I had it in me or I would never have made the first move, sometimes things swell up inside of you so much so that it’s like you never had a choice, I’ve always felt that way with acting.

You’ve been in both plays and an assortment of films and series. Sex Education started with a group of mostly unknown actors, but you’ve also been in a big production with names like Gerard Butler attached to it. What was working in such an environment?
It’s no different, I don’t think of it differently in any way. I just like to have fun, if I’m not enjoying it – what’s the point, like is too short. I’ve yet to do a big-budget film or something, I’m sure that’s a very different environment – I still haven’t had that yet so we’ll see what happens if it ever does.

Having had these different experiences, what type of projects are you interested in doing in the future? Would you consider going back to stage acting after screen acting?
I just want to work on the best stuff with the best people. I enjoy working with my friends a lot too, that’s what it’s all about. I want to be on things where everyone is collaborating, that’s what film is all about – there’s no room for anything else. In regards to the stage, never say never – right now I’m very focused on film, I love it so much and I’m very passionate about it, when I was a child, films were incredibly important to my happiness, still so now.

Season 2 of Sex Education is now streaming on Netflix. 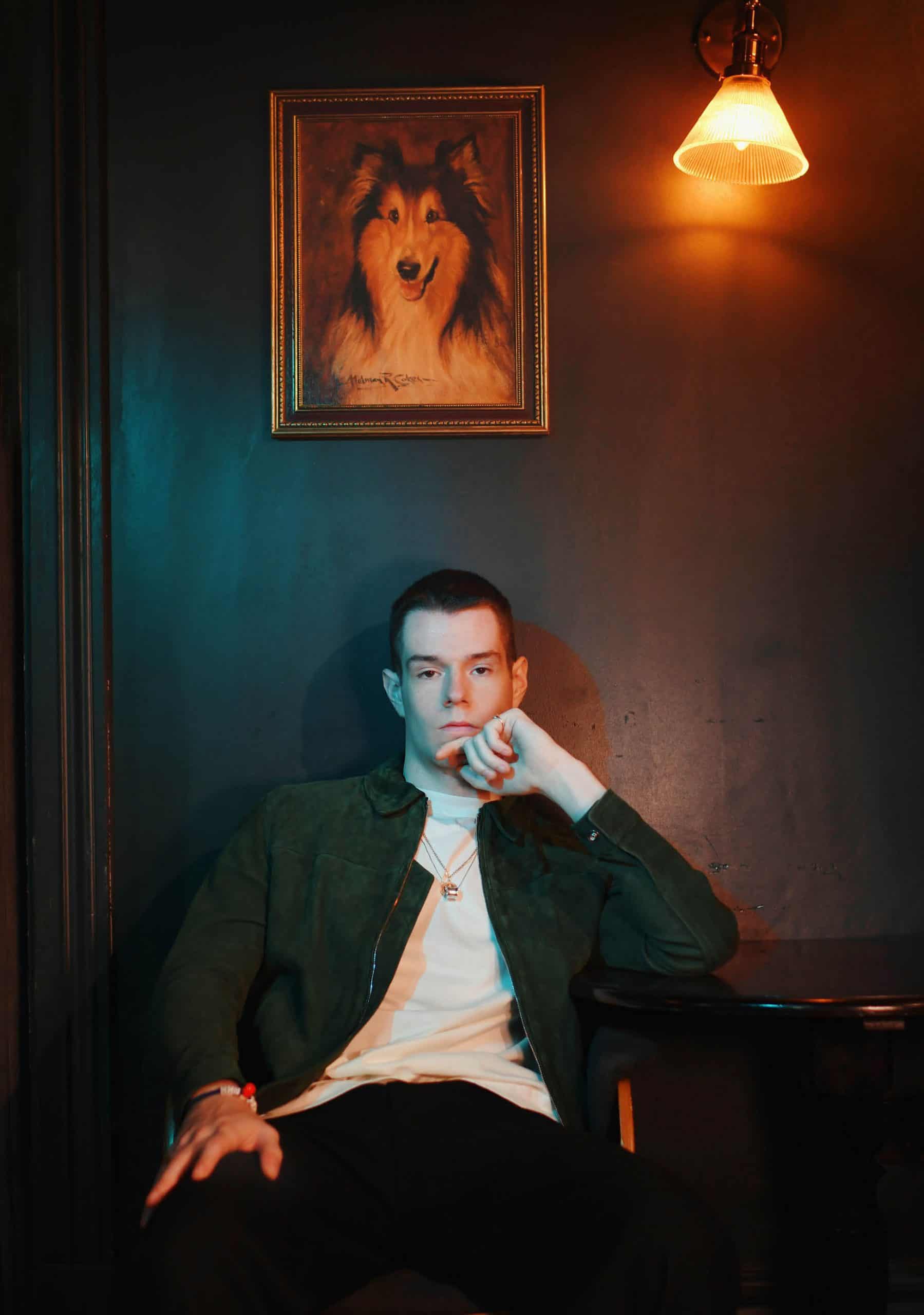