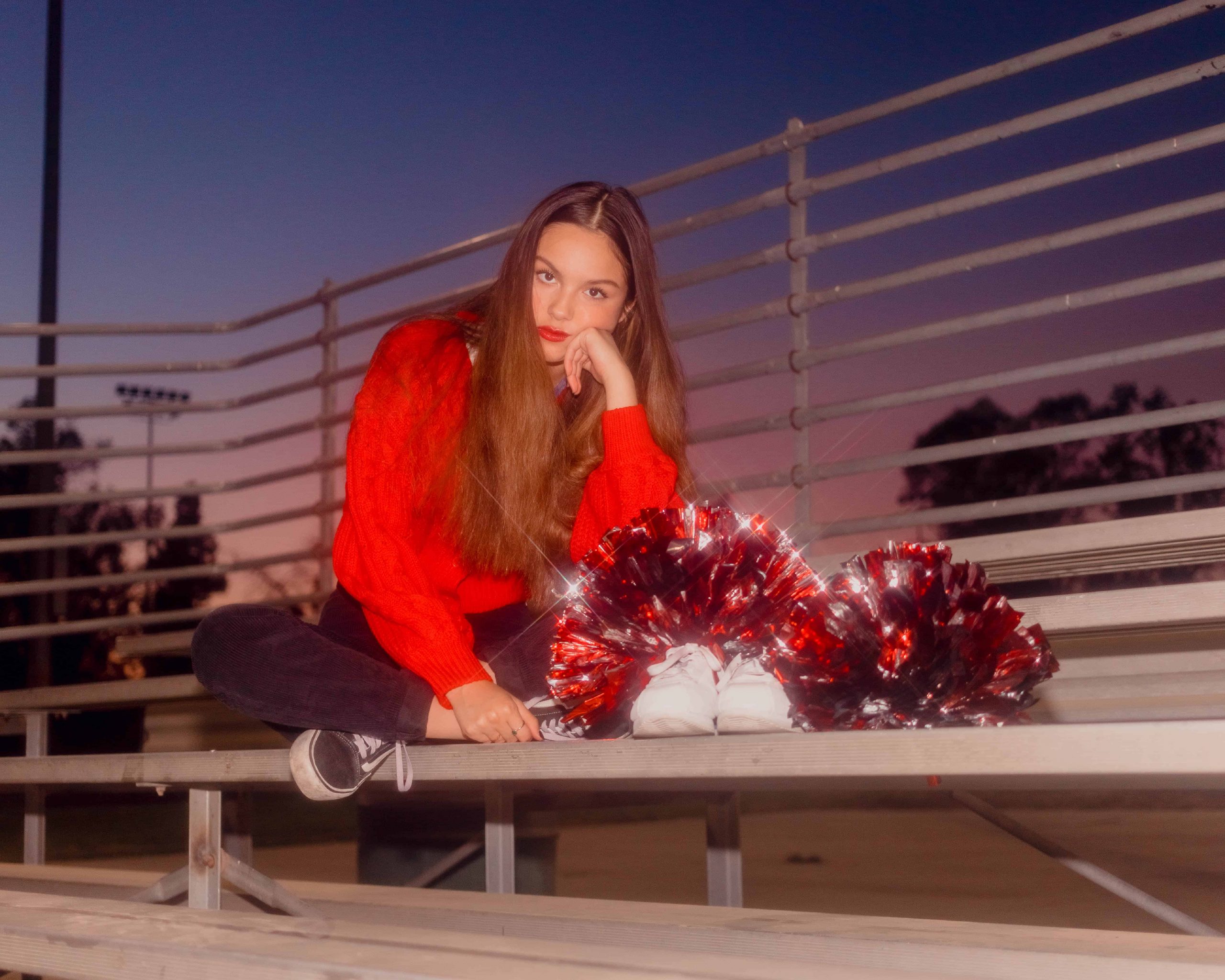 Known for her current role as Nini on Disney+’s High School Musical: The Musical: The Series, and previously as Paige Olvera in Bizaardvark, actress and singer Olivia Rodrigo has received worldwide recognition for her talent; and she’s just getting started. 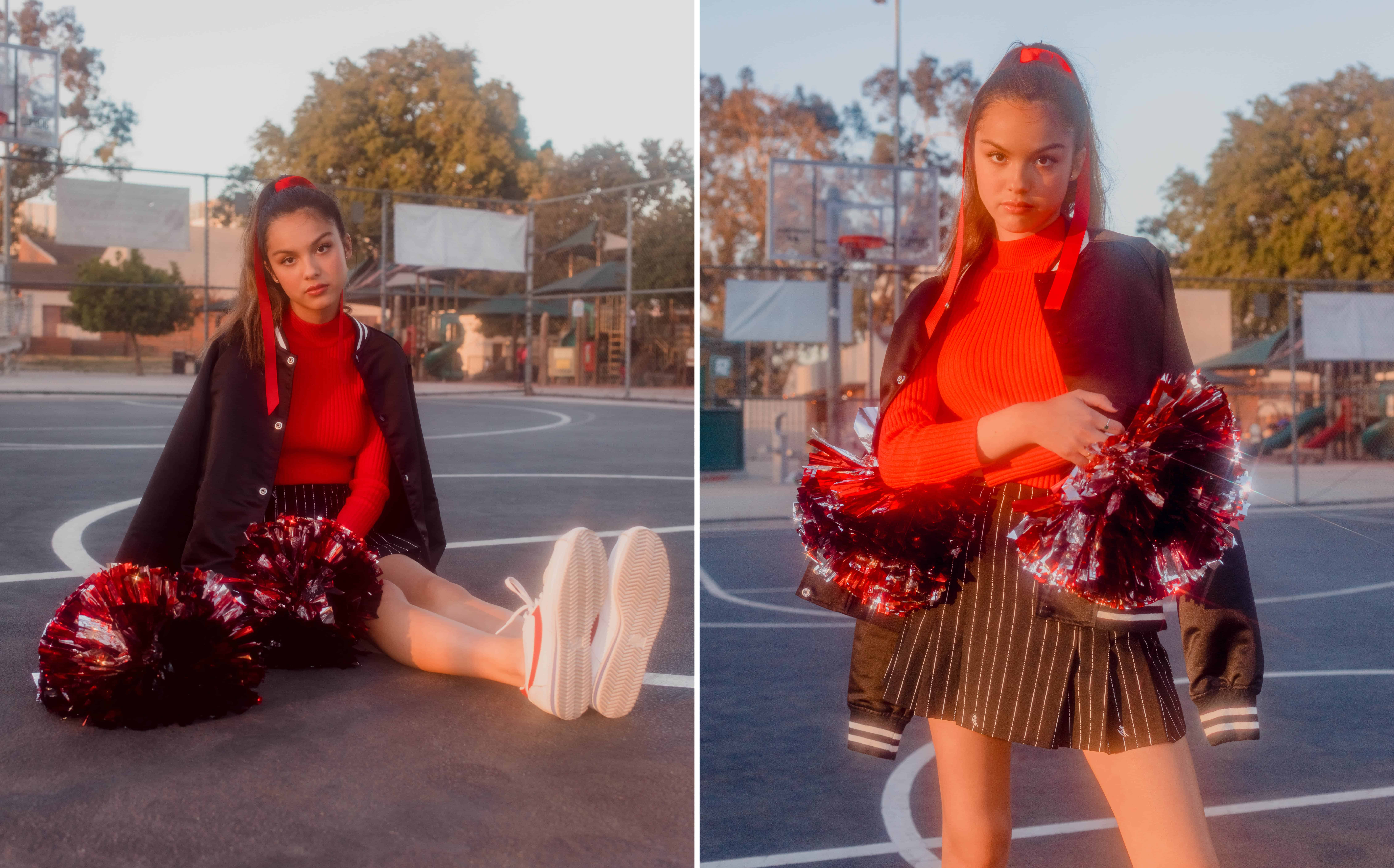 Her fans are just as passionate about Rodrigo as she is about her career too, with her ever-growing fanbase networking over 1 million followers and counting. Olivia grew up in Temecula, CA and from an early age began taking singing and acting classes, resulting in her love of performing, landing her in school plays, including regional musical theater.

In our interview with Olivia, she speaks candidly about her portrayal of Nini on High School Musical: The Musical: The Series and how much fun she had while playing her, her working relationship with Disney, what she enjoys most about singing and performing, the creative satiation she receives from performing in television and plays, and her “fun favorites” in music and acting. 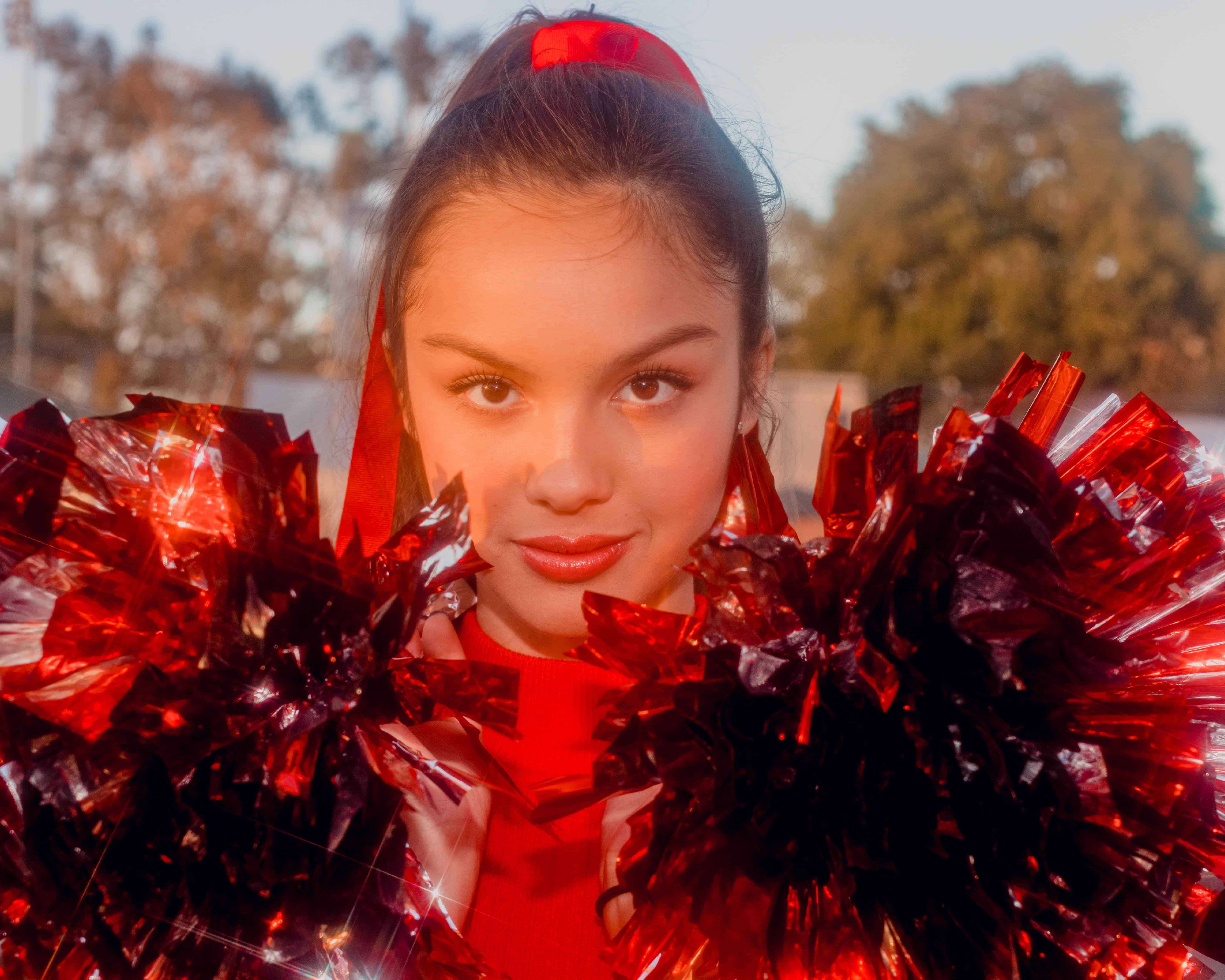 How has your experience been so far playing the lead role as Nini on High School Musical: The Musical: The Series?
This experience has been life-changing. I’ve grown so much as an actor, singer, songwriter and even as a person working on this project.

Speaking of Nini, what has that experience been like for you portraying her?
Playing Nini has been such a wonderful challenge. She is written so truthfully as an authentic 21st-century teenager finding herself in the world. I find so many bits of myself in her. Sometimes it’s scary how similar her experiences are to my own. I really hope audience members will be able to find pieces of themselves in her too!

You and Disney have a long-term working relationship, as you’ve also starred in Bizaardvark. How have each of these experiences shaped you as an actor, and what do you love most about working for the company?
Working for Disney has been an incredible way to grow up, though very unorthodox. I have been so lucky to be surrounded by the most supportive coworkers. People at Disney really treat you as if you are a part of a very large family, which in an industry that can be chock-full of comparison, rejection, and jealousy, is really special. 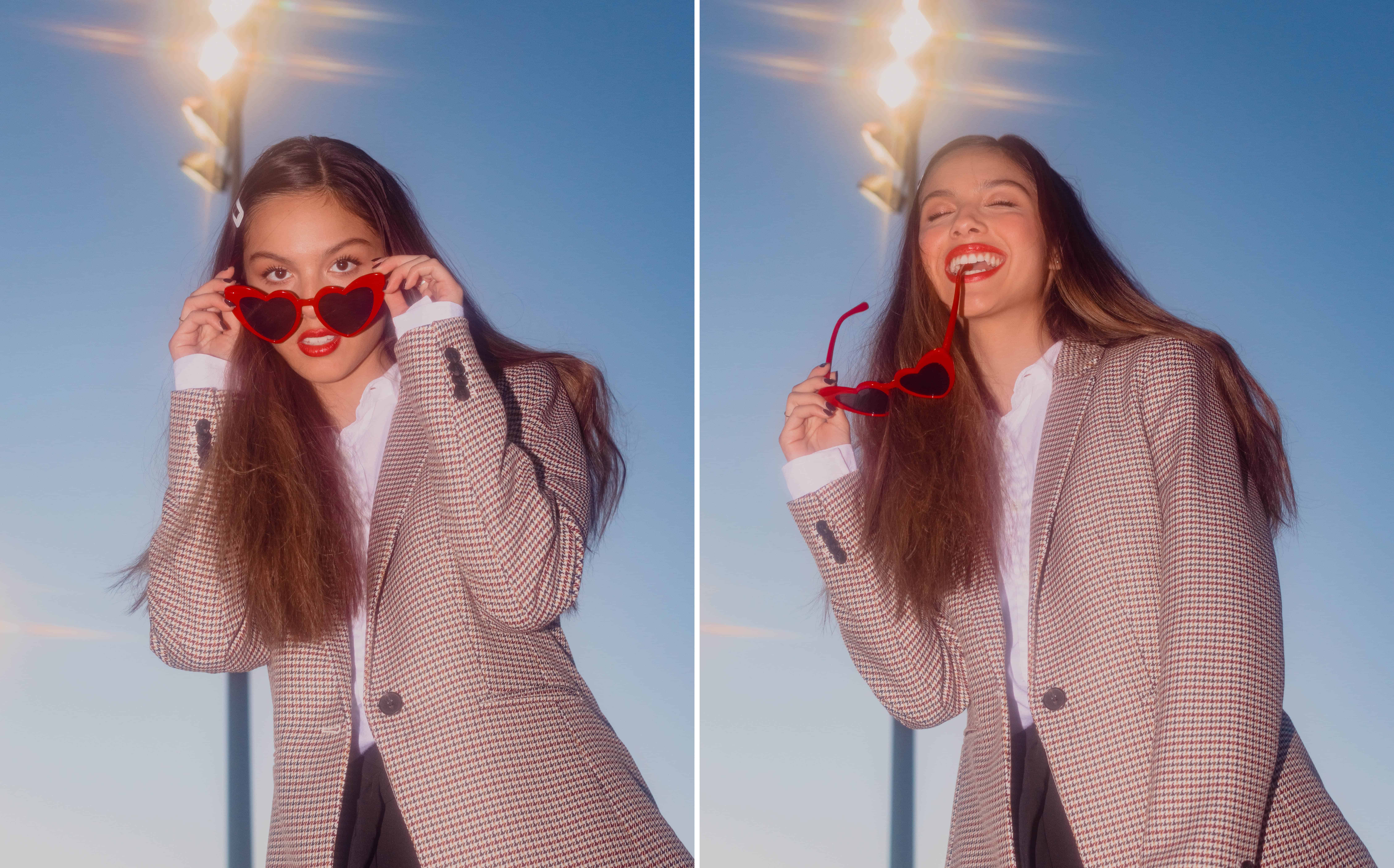 You have a major love for singing and performing. What do you enjoy the most about singing, and where do you see yourself with music in the near future?
I am a sucker for emotion and I think that’s why I love singing and acting so much. I think making people feel things is one of the greatest parts about the human experience. In the future, I want to make honest music that moves people and inspires me.

You’re quite experienced in theater and plays. What creative satisfaction do you get from plays, along with acting in television/film?
There is something so magical about performing in front of an audience. Performing in local community theatre when I was younger really made me realize how much I loved putting on a show. Television is a whole different kind of rush. Sets are my favorite places on earth. There’s nothing like the energy that a crew of people who are all working toward a common goal bring. In High School Musical: The Musical: The Series, it’s kind of the best of both worlds. Since the series revolves around putting on a musical, I get the stage and set experience all in one!

How do you prepare for your roles for both theater and television?
Creating an original character is so much fun! Imagining a character’s backstory and creating little intricacies not included in the script is one of my favorite parts of acting. It’s also important for me to determine the mood of the project I’m working on. The tone of the script heavily dictates how I go about preparing for the role.  That’s what works for me right now but I’m still learning new ways of preparation all the time!

Do you have a special routine for getting into a character?
Not really a special routine but I always run my lines with my mom the night before I film a scene and again while getting my hair and makeup done. Being around my cast members also helps me get into character before shooting. 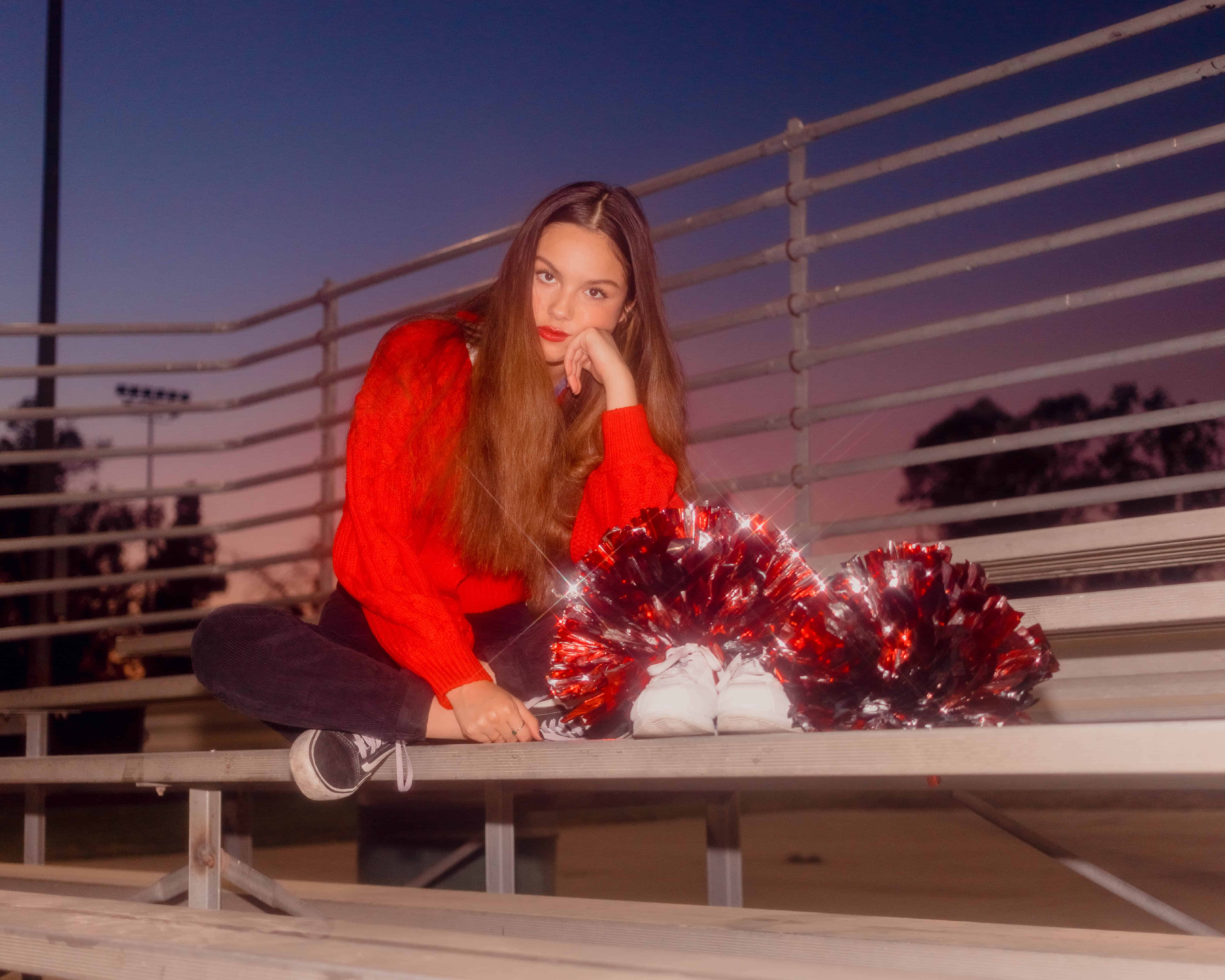 What do you like the most about acting and singing? How about the least?
I love storytelling more than anything. Portraying characters’ journeys or personal experiences through film or song is unbelievably fun and fulfilling. I think the hardest part for me is giving vulnerable performances, knowing it will be seen by other people. The fact that people other than my friends and family are seeing my deeply personal song lyrics or watching me cry about something meaningful is a scary thought. But I also think that vulnerability is what makes creation so important.

In your spare time, one of the many things you enjoy is playing piano. What are some of your favorite pieces to play?
I took piano lessons for so long as a kid but I am the WORST pupil. I never practiced and always just ended up playing my own made-up songs. Kinda worked out though because now songwriting is one of my passions!

What are your favorite Disney films and/or television shows?
I loved Disney Channel when I was a kid. I remember watching Good Luck Charlie religiously. I also love the DCOM Lemonade Mouth, and I still sing the songs from the movie.

Who are some of your favorite actors and actresses that you’d love to collaborate with?
It always changes but lately, I’m so inspired by Jessica Barden. She gives such unique performances.

Who was your first concert? Who’s been your favorite to see perform so far?
My first concert was Weezer at the Del Mar Fair Grounds! I remember I was so small that I couldn’t see over the crowds of people and I had to stand on soda cans the whole time [laughs]. I recently saw Kacey Musgraves at the Greek Theatre, and I think it was my favorite concert ever. The set design complemented her timeless music so perfectly and she was so funny and personable. I totally cried when she played “Rainbow” too, but we don’t have to talk about it. 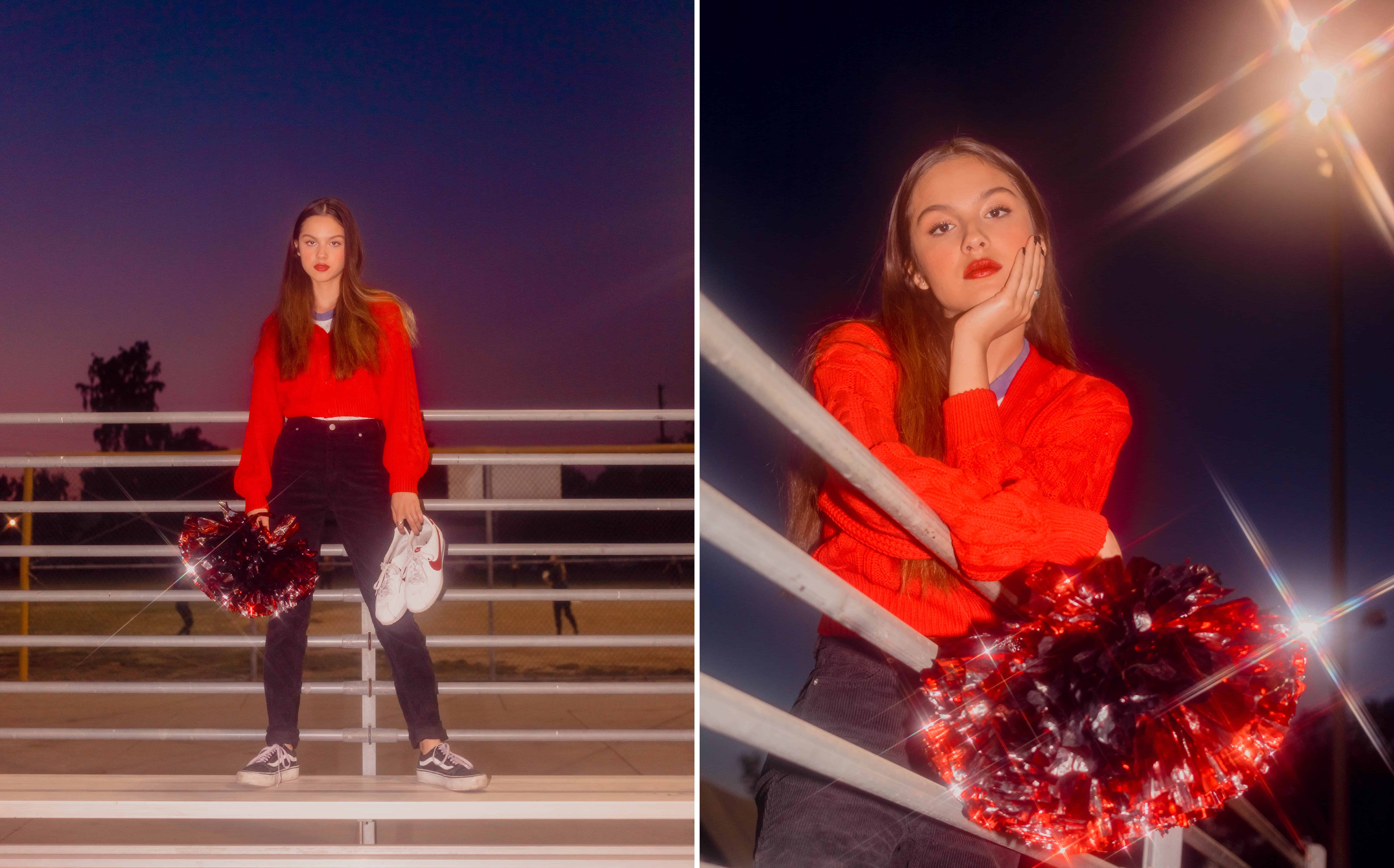 What was your first album on CD and/or vinyl?
I got a record player for Christmas when I was probably about 10 years old. I was so excited! I remember lounging around in my bedroom playing records all the time after school. I think my first vinyl was Taylor Swift’s Red. My second one was Lorde’s Pure Heroine but I always say that it was my first because it’s my favorite record of all time.

Which five albums would you not want to live without?
As I mentioned before, Pure Heroine is the most meaningful album to me. It was the first piece of music I remember really seeing myself in. I also love Elephant by the White Stripes, Return of Saturn by No Doubt, Stranger in the Alps by Phoebe Bridgers, and Tidal by Fiona Apple.

Do you have a guilty music or entertainment pleasure?
I have seen Twilight more times than I can count. I’m not even embarrassed to call it my favorite movie anymore.