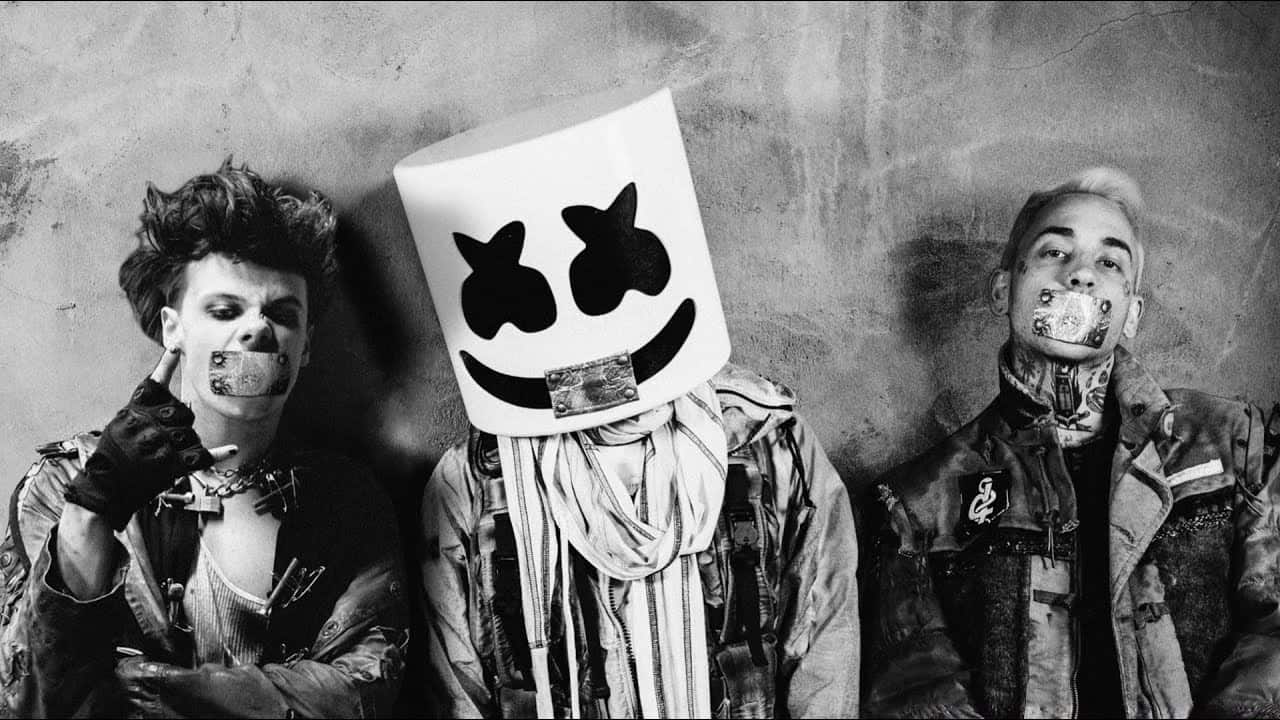 Marshmello, YUNGBLUD & Blackbear aren’t exactly the first names that come to mind for collaboration. And yet, having a DJ, a punk/alternative artist and a rapper on the new track “Tongue Tied” works like a charm.

The song essentially feels like the slightly darker, angstier version of “Happier,” Marshmello’s previous collaboration with Bastille. With the synths and electronic drums in the background combined with the more prominent electric guitars, the song is merging two worlds together seamlessly. And while Blackbear’s verse leans more towards hip-hop, without sounding completely out of place. As YUNGBLUD said himself, the goal was to “bring rock ‘n roll back into the nightclubs,” but it’s also a track that propels the music forward in pop.

Similar to YUNGBLUD’s mission as an artist, it’s a song that doesn’t conform to any particular genre or identity, but instead establishes one all by itself. It’s only fitting that the lyrics seem to echo that as well. In the chorus, YUNGBLUD sings about finding unity and strength in not belonging anywhere else – sharing the same reluctance to vocalize and present yourself in the way you want, because you’re scared of being ostracized over it. “’Cause I feel my life’s been so tongue-tied / I’m trapped outside, inside my mind / If you feel like, that you’re tongue-tied / Then we’re tongue-tied together.” Just by emphasizing they’re not alone, that they’re not weird or freaks for being different, the lyrics bring about an incredibly empowering message. It’s a sentiment YUNGBLUD has expressed himself before, particularly when it comes to mental health: “That’s what I’m trying to do with my music. To say it’s OK to think this. And to give someone a place to belong. If you’re scared, so am I.”

The video for ‘Tongue-Tied’ hints at these same elements, as it shows an uprising of youth against a dystopian regime of “silencers” – representing a similar process of liberation from oppressive ideas. You can check the song and visuals for “Tongue-Tied” here: