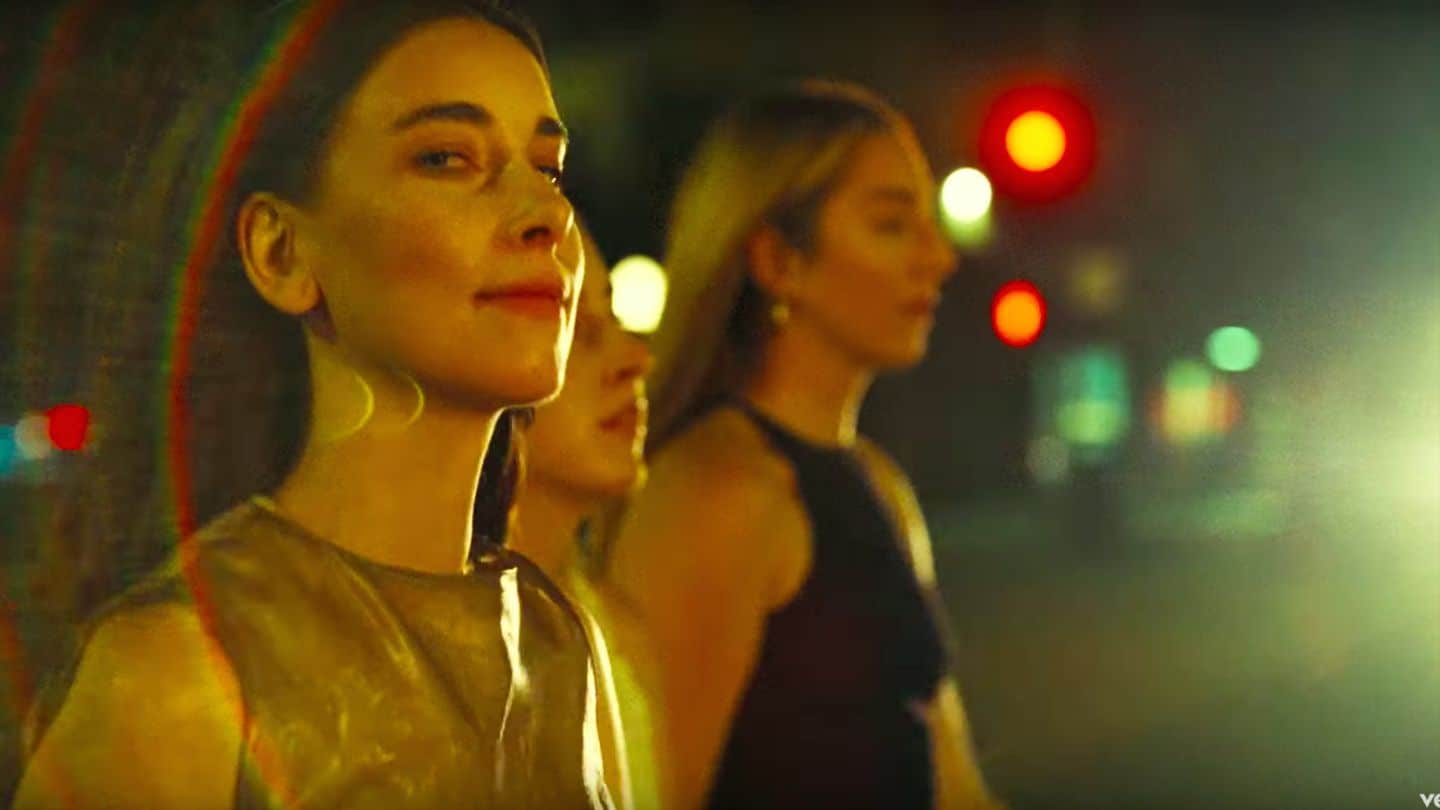 HAIM have just released a single that’s more gripping and emotional than most.

The band vocalized several thoughts leading up to the single release that revealed the honesty and intentionality behind the song. While the song goes deeper and, some may say, darker than others preceding, they still hope to offer a lightness to their music, to give a sense of hope to those experiencing similar struggles. The new single, “Now I’m in It” is nothing close to a break-up trope but rather a chaotic resemblance to a mind struggling with depression.

The song follows the July single, “Summer Girl” with a different sound and a different message. While this is their first sign of new music since 2017, there’s no news of a new album on its way, but this single is enough to tide us over for now.

The song is busy, echo-y, repetitive, and powerful. It’s representative of an experience most can relate to. HAIM took to Instagram to introduce the single days leading up to its release saying, “The track is chaotic- like my mind when i’m spiraling. fast-talking to myself- words jumbled up. heartbeat racing. these times are hard to forget and even harder to work through. after being constantly on the go the past couple years, i didn’t wanna stop and deal with some shit.”

Danielle says in an interview with The Guardian that the line, “We cannot be friends” references no ex-love but rather her and her mind, a kind of struggle within the self. The line repeats over and over before introducing the chorus that slows in words, but the beat buried below does no such thing, “‘Cause now I’m in it / But I’ve been trying to find my way back for a minute.” The following verse goes back to a layered beat living below the verse that’s quick and fast in tempo. But at two minutes in, the song slows considerably with a simple piano coming through slowly. The women harmonize with the words “Took me so long / To fall / Now I’m in it / Now I’m in it.” Before the beat picks up again steadily and we’re back to the fast chorus. The song feels like a cathartic release by the end.

The band concluded their Instagram post with the earnest sentiment that is carried through the song, “Hope this helps anyone who is in it right now.”