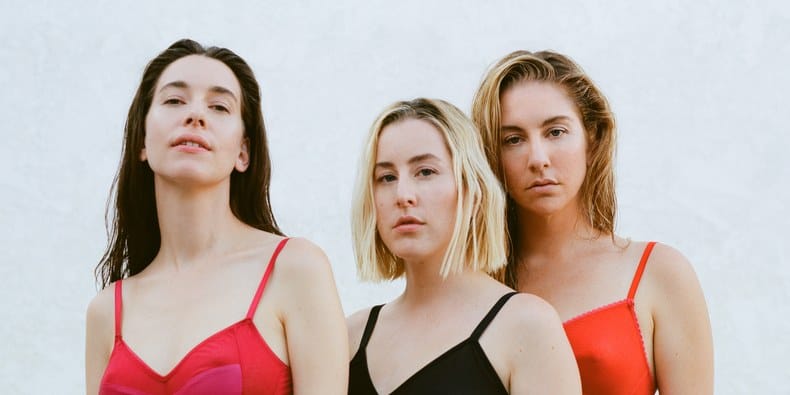 With their bond imbuing the entirety of their creative process, primarily and most profoundly on their newest release, family isn’t just a performance for the Haim sisters, but the foundations of their work. Encompassing raw sincerities, delicate vocals and a hushed and hymnal atmosphere, “Hallelujah” is probably their most vulnerable yet.

The contextual background behind the construction of a song isn’t always vital, or even necessary when it comes to the listener’s enjoyment, but “Hallelujah” exudes such a strong sense of poignancy and thoughtfulness that the meaning behind the lyrics only deepens the ruminative qualities that make it so compelling.

Prior to its release, Alana Haim (guitar/keyboard/vocals) explained that it was inspired by the death of a friend: “It was a loss that changed my life forever… coming to terms with the fact that she wasn’t here, that I couldn’t call her, I couldn’t hug her… broke me… I had always wanted to pay tribute to her in some way”, whilst Este Haim (bass guitar/vocals) declared that “this song is for anyone struggling with chronic illness and the people around us who we truly rely on for help and guidance.”

In an age where many artists’ repertoires are informed by their anxieties, the sincerity of Haim’s lyrics stand out: “Laughing together like our thoughts are harmonized, been that way since ‘95” and “I had a best friend but she has come to pass… you always remind me that memories will last.” Haim’s candid songwriting is the focal point, and it’s buoyed by delicate instrumentals; dreamier, more mournful and forlorn than any of their preceding work, making it all the more charming and touching.

With folk-esque acoustic guitar picking, vocals that are often reminiscent of Joni Mitchell, and a gentle dusting of orchestration, “Hallelujah” holds all the sensibilities of traditional folk-come-pop. Angelic, ethereal and solemn, it’s their starkest release, their relationship laid bare, and their best yet.