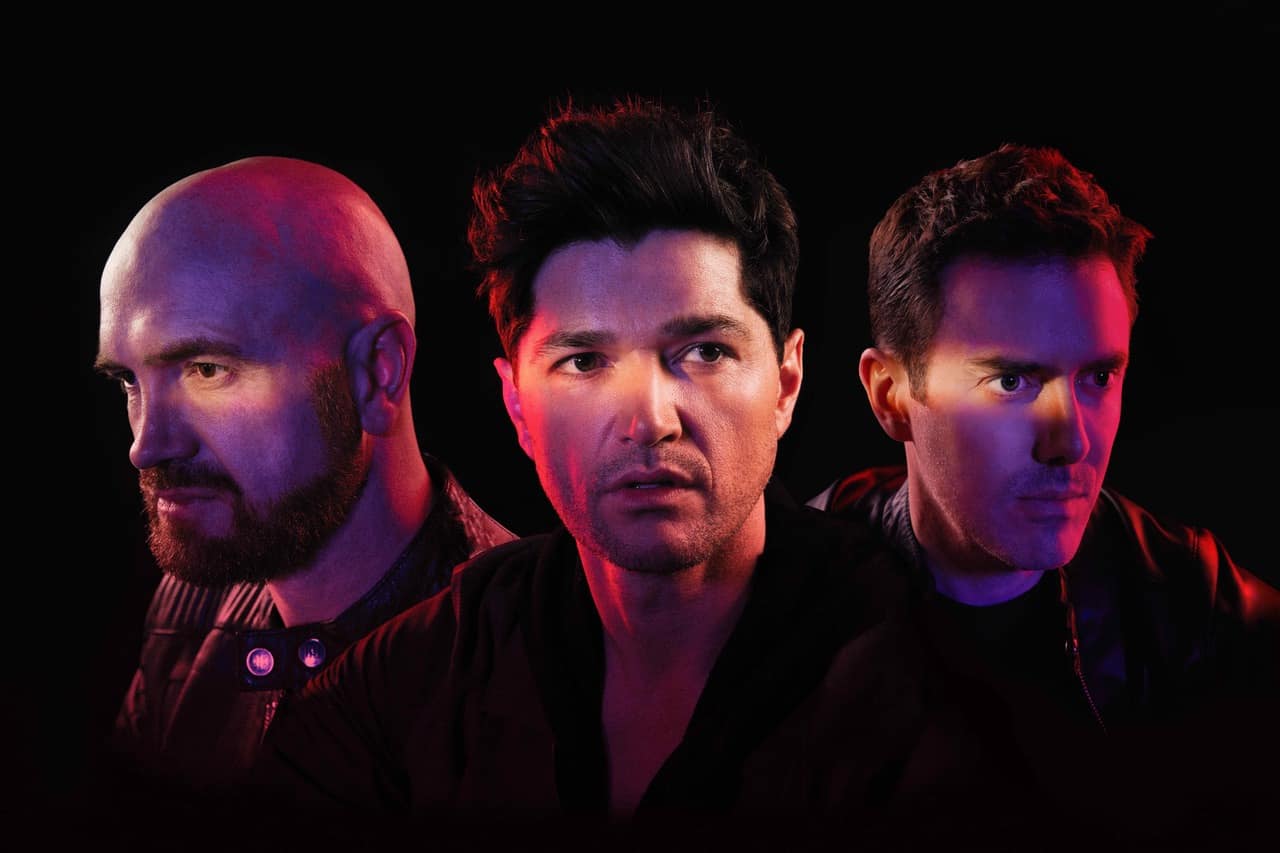 It was September 26th when I got the chance to talk to Danny O’Donoghue and Mark Sheehan, two members of The Script. They’re about to announce their new album, Sunsets and Full Moons, and have just released their single “The Last Time.” It’s almost a little nerve-wracking to talk to a band that’s been such a fixture over the past decade, churning out hit after hit. Even on an individual level, I can attest to their impact, what with The Script has been part of my awakening to the great pleasure of experiencing/witnessing live music. There’s something about the atmosphere at concerts that’s intoxicating, addictive almost. It’s one of their strong suits – inspiring that sense of (temporary) camaraderie amongst attendees.

Perhaps it should come as no surprise then that they also immediately make me feel at ease in the conversation. They’ve already had a long day of the promo, so their attention span must be waning a little bit – especially in these type of settings that can feel a bit like an awkward arranged marriage. Thankfully, they assure me it’s not the case, and they even quite enjoy what Mark playfully calls “promo getting” for a new album they’re very proud of. Danny even goes as far as to say that “he’s never been better,” and is a great place in general – “heart, body, mind, spirit – everything.”

Once the pleasantries are out of the way, we immediately launch into discussing the new album. The grand plan was to return to the original “The Script sound,” Mark says. He mentions that the goal was to essentially hold up a mirror to themselves, having come from an extravert album and production process on their previous LP. “This album is the opposite of Freedom Child – imagine a rubber bang being pulled tight in one direction, and then being flung all the way to the other side next. That’s what Sunsets and Full Moons is.”

Going back to basics, they decided to record on their own time in their own preferred studios, rather than hiding away in producer’s lairs in LA. Instead, they relied on working with friends, essentially creating a “homegrown” record, as Mark calls it.

The concept was there before the title of the album was. “We’d already been playing with the idea of making an album that would have both songs to enjoy during the day, and then some jams that you can play on a good pub night out,” Danny says. “I was on holiday in South Africa when I saw this phenomenon in real life. I saw a sunset and a full moon is in the sky simultaneously and took a photo of it that I DM’ed to the band. That yin/yang, opposites in nature aspect to it seemed really fitting.” Jokingly, he adds that whenever they’ve made music related to natural phenomena it’s definitely proved to be a success – referencing their global hit “Rain” off of previous album Freedom Child.

One of the actual main takeaways for them after their last album is how the industry’s constantly changing and how they should adapt accordingly without compromising their own sound. “The attention span is just a lot shorter than it used to be, so we’re keeping the album short as well. There’ll only be nine songs on there, which made it even more important to choose the right ones.”

They’ve been in the business for over eleven years, and so I can’t help but ask how they reflect on their own evolution as musicians so far. “I think the main musical evolution is that we’ve refined the process, we know how to work the delivery device – the songs, our lyrics. We’re still covering a whole wide range of emotions, we’re still in the studio the whole time recording new music. It’s part of what we’ve always done, but this time around it’s all just a bit more relaxed, I feel,” Danny explains thoughtfully. 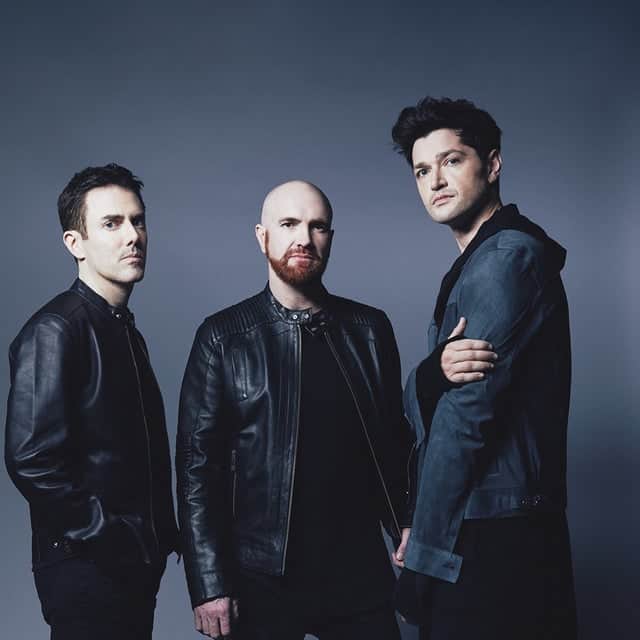 He adds that it’s partly down to the gradual change in group dynamics. “You know, as you grow up and mature over time – I know I definitely at the start also had moments where my own ego was in the way or the band’s ego. I think you kind of have to go through that natural process of being faced with that, all of us, what you perceive to be important for you or the band as a whole because that changes over time as you gain more perspective and find your feet a little bit.”

It’s the songwriting, though, that Mark and Danny say is what they’ve learned to perfect throughout the years. “We still have to write the songs of course, and that still takes time, but we’ve perfected the craft. It’s like darts,” Danny starts. “Whereas at first you’d throw six darts and three would miss, now we’re at a place where we just throw dart after dart and they’ll all hit the bullseye. We know how to write good songs. And that’s very reassuring, to be confident in your skills as a musician.” Mark adds that they even earned themselves the nickname “Professors of Pain,” stressing the importance of emotion in their music.

That emphasis on emotion brings us to a specific song on the new record, called “Run Through Walls.” It’s particularly personal to Danny, as he wrote it after the loss of both his parents. To him, music is where he puts all his pain, writing it down and then leaning into those moments to learn from them. When asked about whether he’s ever considered a song too personal to put out, the answer is a resolute “no.” The band prides themselves on creating music around emotions that are considered to be “too personal, too weak or uncool.” In fact, it makes them even more inclined to include it on the album. “How dare I not commemorate my mom and my dad in music? That’s what it is, to me. To me, music means making statues for the people you love, to make sure they’re commemorated and remembered by me and everyone who listens to that song.”

Mark adds that some of the band’s most favorite songs ever created were born out of unbearable loss and tragedy too. “James Taylor’s Fire and Rain was written in response to him losing a childhood friend to suicide, and Eric Clapton wrote Tears in Heaven after his son fell out of a window and died. Writing can help you process, it’s cathartic. The most breath-taking music can come from the most painful events.”

The process of how a song gets written, though, is not always as emotional – nor is it glamorous. They joyfully recount how Danny was hit with the crux of their latest single “The Last Time,” just as he was about to pay for his bacon sandwich. “I was just in the queue to order my sandwich and pay for it when I was suddenly struck with this one line. We’d been playing around with melody and stuff, but hadn’t found that one missing piece yet that’d make the song come together. Suddenly the chorus just came to me, so I pretended I had to step outside to take a call and quickly left my food on the counter. I’m pretty sure they all actually saw and heard me sing outside the shop, rather than answer a phone call – and then I still had to go back in and pay for my breakfast!” 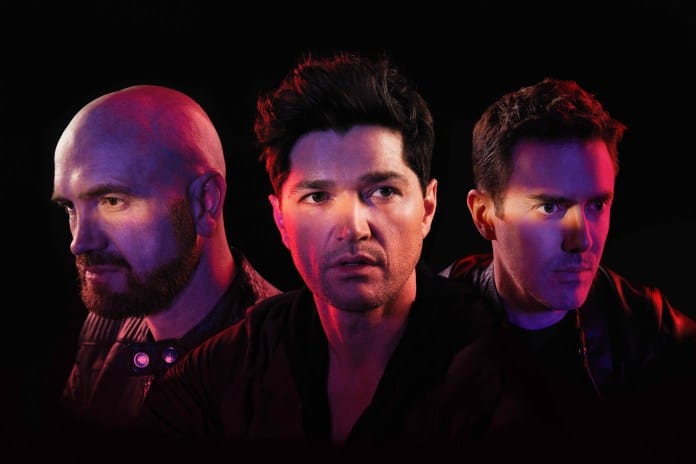 “That’s just the way it is, hit songs will come to you at the strangest of times. The middle of the night, but they’re also often conceived on the toilet. It’s a good thinking place,” Mark adds with a grin.

It clearly works, given the fact they continue to sell out arenas across the globe. The anthemic character is something they’re very proud of, and they look forward as well to bring this music to their fans. “As a band, we’re quite tactile, we don’t shy away from that which I think people like. We’re inclusive too, and that also means making sure that at a concert – we want everyone to have the same great experience, whether you’re sitting in the nosebleeds or were able to afford tickets closer to the stage.”

Danny emphasizes that they see and appreciate the love around the world that they’ve received in response to the new material so far. “It makes it even more exciting to get to play it to them. There are two more songs, then the album, then we will get on the road and tour again. We’re always thinking of budget and how we can bring the music to life on stage, and integrate the album concept of this duality between light and dark, day and night, sunset and full moon into the visuals as well.”

They leave me with a final insight as to what makes up the DNA of The Script’s new era, now that they’ve honed in on what truly identifies them as a band. “It’s all about our return to basics, focusing on introspection and reflecting on undergoing emotional turmoil. Making this album made us see ourselves clearer, helped us fix and heal ourselves. Hopefully, by sharing these songs, it’ll do the same thing for others.”