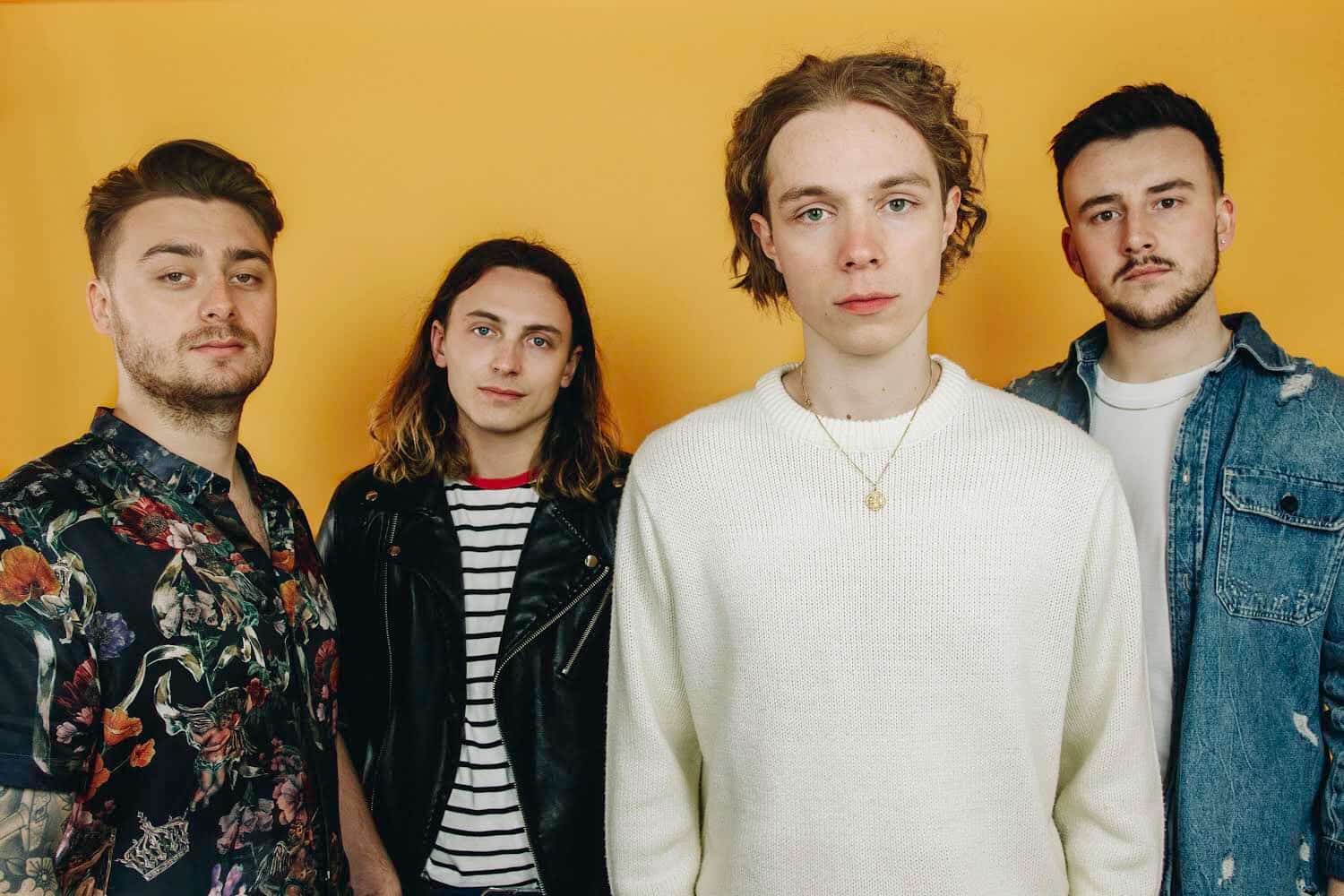 Sun Arcana – Just Another Dream Away

Get ready for their latest and greatest.

Sun Arcana are quintessential rockers who have captured lightning in a bottle with their latest EP Just Another Dream Away. The Essex quartet’s upcoming release due out November 15th via Easy Life Records follows in the footsteps of artists such as Kings of Leon and The Killers. As an EP choc-full of dreamy melodies, anthemic choruses, and impactful declarations of life, love, and loss. In response to their first single “What If You Can’t Accept Me,” frontman Tom Harper-Ward claimed:

What if you can’t accept me is about being in a relationship. Not knowing whether you should adapt the way you are for a particular person or whether it’s best to move on. Doing all you can to impress someone but there’s only so much you can do for someone’s approval, feeling like now there’s no hope of flourishing.

The latest EP follows in the same vein, touching upon topics that are pertinent and relevant to everyday life. Sun Arcana members: Tom Harper-Ward, Ryan Daniels, Harry Acreman, and Jules Wildblood worked to create a piece of art; which is transparent in all of its raw passion and emotion through and through. By holing up in their native Essex and tapping into their vulnerabilities, the band was able to create an EP that transcends just a package of catchy songs.

Evidently, I’m not the only individual to notice Sun Arcana’s rising promise; as the past several months have seen Sun Arcana’s latest single debut on programs like BBC Radio 1 Future Sounds and “Fresh Blood” on Kerrang! Radio. With this forward motion, it’s unsurprising that Sun Arcana has received the opportunity to headline at Islington’s The Grace on November 26th. 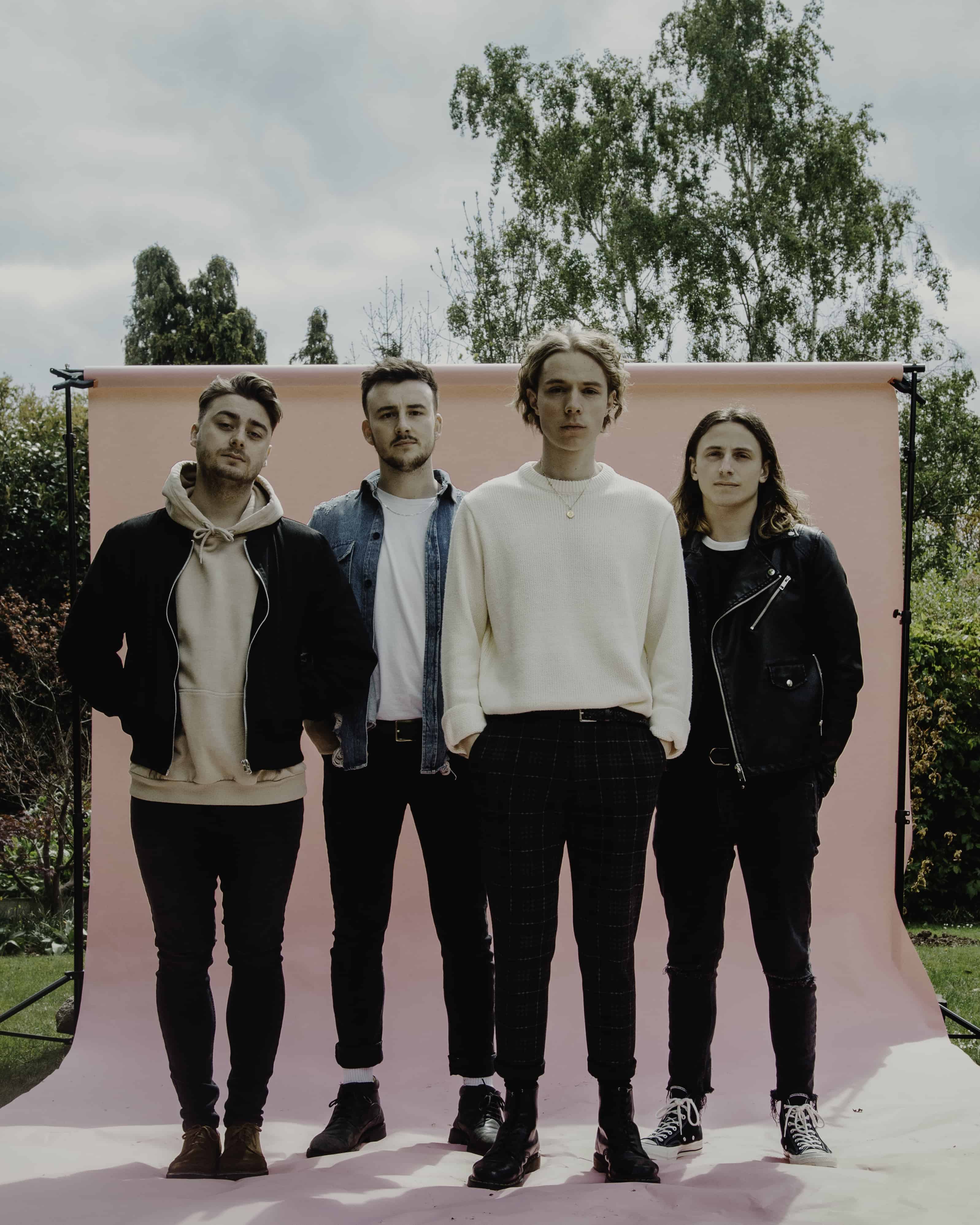 What will be surprising, however, is what 2020 brings for Sun Arcana. With their refined lyricism, catchy melodies, and ambitious plans to take over the world; there’s no doubt that this coming year will be a breakout year for the band. Which means you should hop on the wagon while you still can. Because given time, Sun Arcana will become a household name and their EP Just Another Dream Away will be lauded as a step in that direction.

In the remaining months left of 2019 however, I was able to connect with Harry Acreman, guitarist, who not only enlightened me on the recording process behind the EP but spoke candidly about the band’s aspirations for the future.

Read on if you’re interested in hearing all of the insider details behind the making of Just Another Dream Away. Which will be released to all major streaming platforms on November 15th. Giving you just enough time to study up and learn the lyrics before Sun Arcana’s EP release show at London Islington’s The Grace on November 26.

How did recording Just Another Dream Away differ from your previous EP?
It’s still very much a rock record like our previous EP. However, we wanted to take everything we’ve learned and been influenced by recently and progress from what’s been released previously. We spent some time writing with John & Gus from Young Guns, which was amazing. It was so good to have that outside opinion. I think mainly though, we’ve allowed ourselves to be a lot more vulnerable and really open up and let our emotions spill into every aspect of these songs.

When you were recording this album, how did you determine what songs were going to be included on the EP? Were there any that didn’t make the cut?
We’re writing all the time, so we always have songs we want to release. Unfortunately, that can’t always be the case! We wanted this EP to be a collection of absolute bangers and early on we realised there was theme developing, so we chose the songs that we felt represented that theme and this new era of Sun Arcana!

Shifting gears slightly, I’ve always been curious as to the writing dynamics within bands. With that in mind. How do you guys balance writing duties? Is it a solitary experience or more of a collaborative exercise?
We all write together really! Tom or I might come up with what could be a super basic or a near fully structured idea. Then everybody else gets involved with ideas, structures, lyrics, melodies, all that stuff!

When you are writing lyrics, where does a majority of the inspiration come from?
It’s a very fluid process. We’ve had meanings come from all members of the band, one of us may get an idea from the music of an experience they’ve had, and we’ll progress on that. Our main inspirations are (most of the time) our own personal experiences and opinions.

On the EP, is there a song or set of lyrics that resonates with you?
For me personally, “Through the Night” resonates with me the most. It’s quite a personal song for us in the band. Without going into too much detail it’s a bittersweet song about coming to terms with potential hardship and loss. It’s an all too familiar feeling sometimes, but in a weird way, it’s nice to know there are other people that feel or experience what this song is about and that you can find comfort in one another. 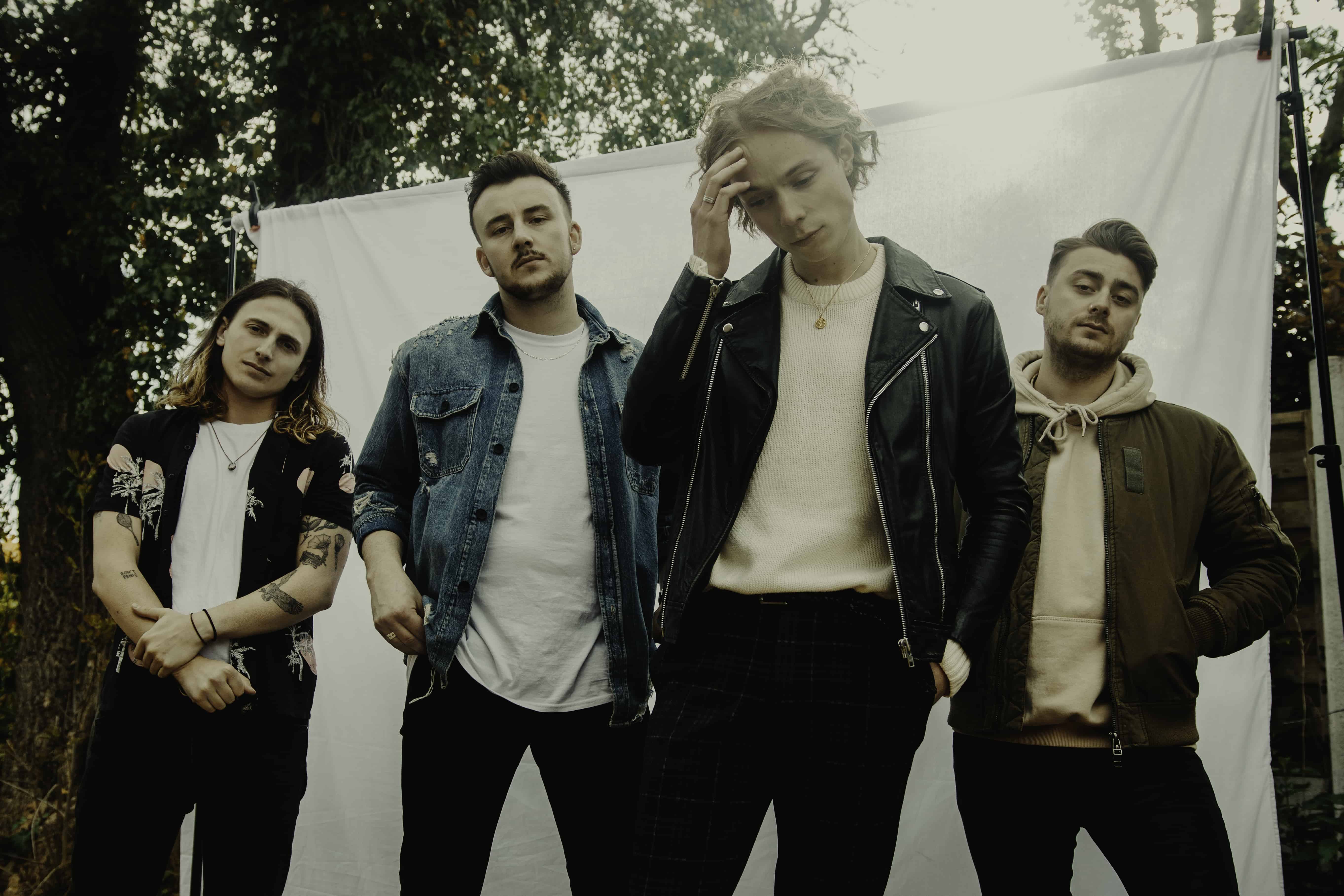 As writers and musicians, how do you believe you’ve grown since your prior EP, As I Take A Breath?
I think we’ve learned to cut out the bullshit. We’ve learned to take a step back from our music and really look at the song and be like, “what is this part really adding? what does this mean to the song?” and be brutal. We work really hard to get a meaning across in our music, so we want that to shine through in every possible way, musically, lyrically, sonically.

With that in mind, when considering Just Another Dream Away, where do you hope this new era takes you as a band? What do you want to achieve?
We’re incredibly ambitious, we’d love to be the biggest band in rock one day, touring the world and all the works. However, we know these things take time and as much as we want that future, really, we just want our music to be heard. We’re immensely proud of what we’ve made so we hope it spreads far and wide.

When considering your fanbase, what should fans be looking forward to in this new era?
Big anthems that you can sing along to.

Furthermore, what emotions do you hope the latest album elicits for listeners? What do you want your fans to take away from it?
A connection is a big one for sure. The whole EP is about realization and acceptance, with a mixture of happiness, sadness, and anger throughout. So, although these songs are so personal to us, we still want the listener to hear the music and lyrics and find their own meanings and connect to the songs.

For those who have never listened to Sun Arcana, what would you want them to know about you and your music?
Fresh new rock, big, anthemic songs, powerful vocals, and big guitars. If you love Muse, Queens of the Stone Age, Royal Blood, Nothing But Thieves or anything like that, then maybe give us a little listen (advert over).

Finally, are there any big tour plans in the works? Perhaps an EU/UK tour?
We currently have a few things in the works but for now, we have our EP release headline show on the 26th at The Grace London!