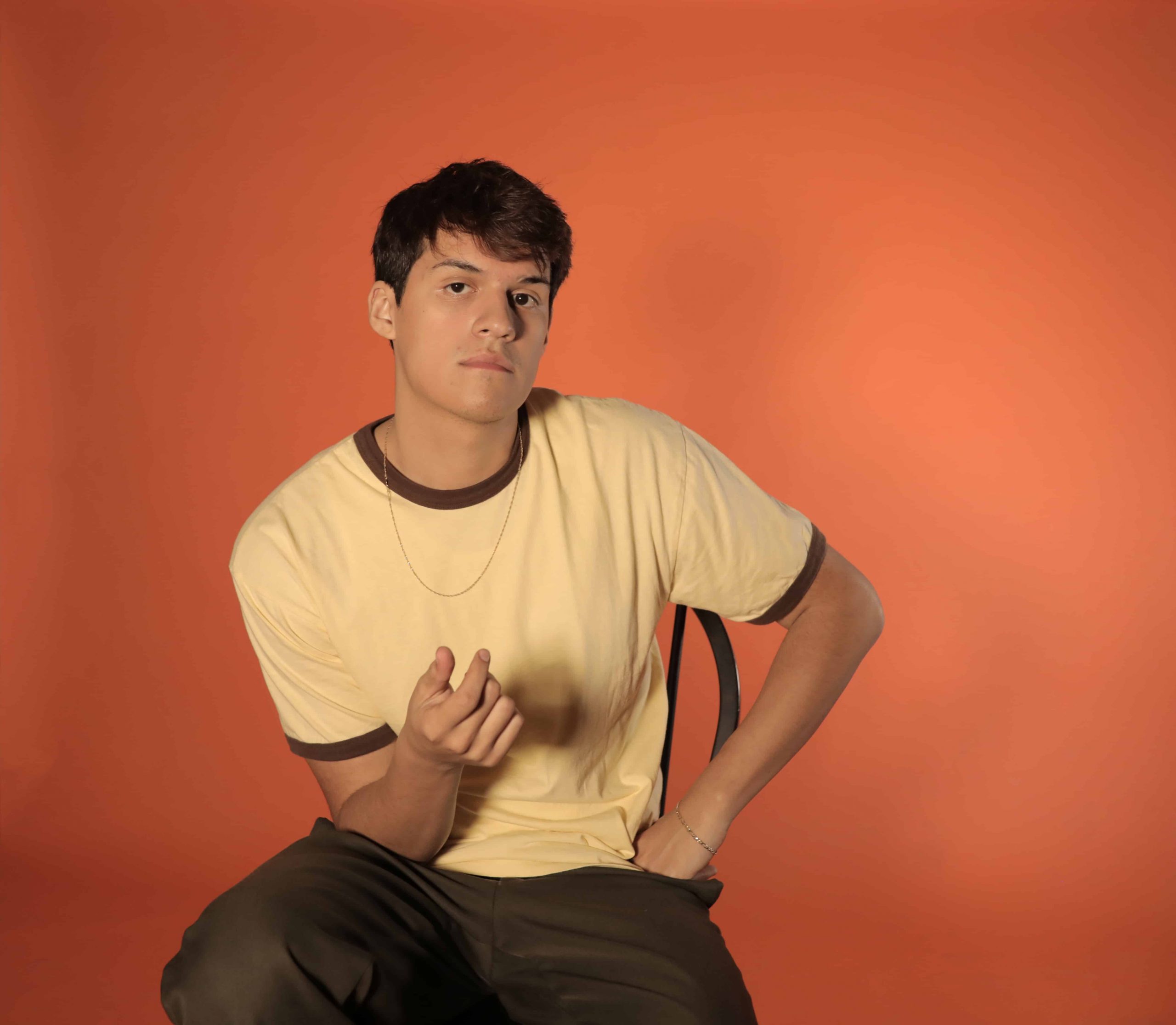 Talking to Omar Apollo is like meeting up with an old friend for coffee. The conversation flows naturally and the connection is instant. I’m sitting at Badehaus, an intimate music venue in Berlin’s RAW Gelände district. The sun is shining as Omar walks over to me and introduces himself. The first thing I notice about him is how easy he is to talk to and that he’s humble as hell.

The 22-year-old Mexican-American singer-songwriter is riding the wave of his Friends EP release, a 7-track project blend of jazz, R&B, funk, alternative, soul and pop. To support the drop, Apollo kicked off his Speed of Sound Tour this month in Las Vegas, with European dates starting November 19 in Paris, and wrapping November 27 in London.

Omar is one of the buzziest names in music right now. It was refreshing to hear such raw, unfiltered stream of consciousness from this up-and-comer as he hones his craft.

Did you have any goals for this EP?

I needed to put out this project to not be stuck in one genre. I’ve done the folk stuff, rock stuff, funk stuff, R&B stuff, soul stuff… That’s what I grew up on. It just came to be like that. The album will be more thematic and run through better, it’ll be more cohesive. Track to track. Front to back.

There’s so much I haven’t done and learned. I was telling this dude over there, I feel like a child in music. I don’t know shit. I haven’t worked hard enough yet. I’m ready to train. Ready to get a teacher. I want to be trained and I want them to make me cry. I can’t say who I’ll be working with. It’s crazy they fuck with me. I’m like damn, it’s crazy. 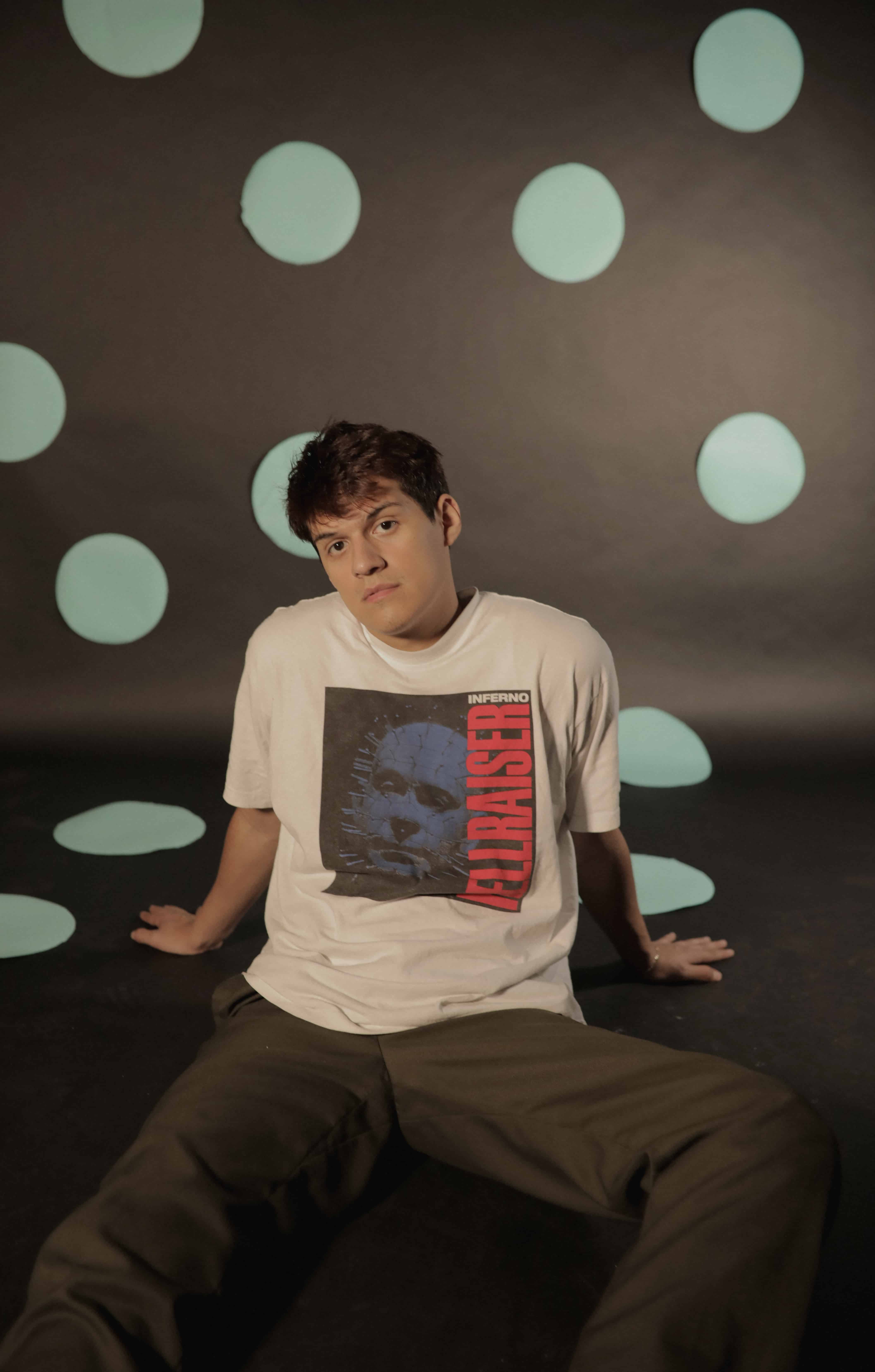 What’s the most vulnerable thing about making music?
Everything. I hate it. No, I don’t hate it. I put on that song “Friends” and I was not ready for it to come out. I cried that day. I just wasn’t ready for people to hear it. It was so relevant. I had JUST made it. I really need to let y’all how I’m feeling right now. I was too emotionally connected. Songs are like kids. Once you put them out, they’re not yours anymore. So it’s scary and terrifying. Especially when you write about yourself and your experience as a human and have other people hear it, and judge it. Even like, when they’re like, “Yo this is amazing”. I’m still hurt.

What’s your favorite part about the process?
Making the beat probably. The beat is like… the feeling. You set a tone, you set colors… It’s not like you’re just playing some chords, you’re creating a sonic blanket that people can lay on. When I enjoy music, I like to be in a blanket. It wraps you. That’s the dopest feeling. Especially, when I’m adding beats and then it takes you there. You start writing lyrics and making melodies. Recording is cool, but it sucks cuz’ you hear it one way in your head and when you try to do it, it ends up working most of the time.

Why do you play?
I was talking about this with a friend, Mike. He also goes by McGee. I had this spark when I was 17, tunnel vision! It’s like, no one can tell you shit. It’s this flame. You have to do it or die. If I didn’t have music, I don’t know what I’d be good for. You have to. There’s no other choice. If you don’t make it, you go insane.

What’s the best advice you’ve ever been given?
The best advice I ever got was from this rapper named Chris. I was 18 at the time and saw him at a coffee shop. He didn’t know who I was, but I recognized him and had a flyer with my EP and Instagram on it. I handed him one. He’s like ‘Yo, you should come to my studio in Florida.” I got really excited and later, he told me: “If you put out music and the next step doesn’t happen, go back to the music. Go back to your craft and work on the music. You can have all these looks but you ain’t selling if you’re not selling tickets. Go back”. Then, nothing happened after the EP. Eight months later, I spent every day working on music. I made 40 songs every two months. I definitely needed that time to train.

With back to back cross-continental tours and 2 new singles dropping this month, “Frio” and “Hit Me Up ft. Dominik Flik”, it looks like Omar Apollo is finding his way. To find a tour date near you, check: https://omarapollo.com/#TOUR