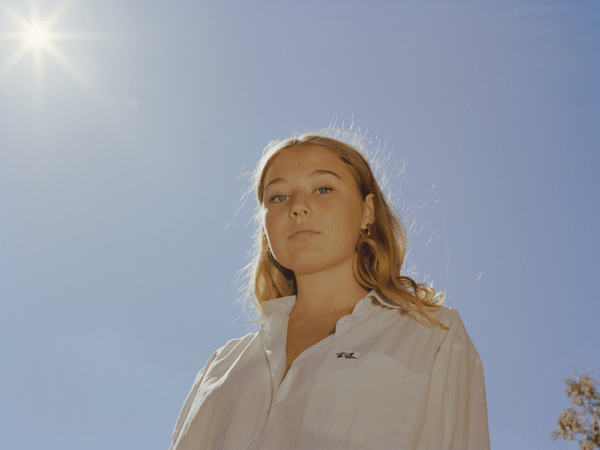 This past generation have been no strangers to thinking up new and creative ways to categorise youth subcultures. For example, the formerly known term ‘goths’ has since been reinvented by this new wave of young singers such as Billie Eilish, eventually evolving into the E-girl/boy. But there’s something to be said about the organic, homegrown nature of teenage bedroom singers; their phone recorded acoustic, the strum of the strings on their ukuleles and the overall minimalist aesthetic.

Mimi Bay fits into this category of sorts; a self-made luminary who is redefining what it means to be young in this pop landscape. At just 18 years-old, the Swedish DIY artist has championed an army of over 60,000 Instagram followers and 3 million global streams on Spotify as well as over a quarter of a million subscribers – like an indie movie with a budget. Yet, the answer to all of this is as simple as her instrumentals: she’s doing it simply because she wants to.

Now, following an array of soft spoken singles “In Your Neighbours Garden” and “Really”, Mimi Bay has finally released the short but sweet daydreams; a collection of candid tracks about her adolescence.

We caught up with the budding artist to talk her new music, her love of Frank Ocean, and being open-minded.

What made you decide to become a singer?

There wasn’t anything else I wanted to do.

What is your earliest memory with music?

I have a lot of early memories with music. I grew up in a home surrounded by music and I’ve been singing for as long as I can remember.

What is the music scene like in Sweden? How did growing up there influence your sound and simple DIY aesthetic?

I don’t know a lot about the music scene in Sweden and I don’t know if Sweden had any impact on my sound. I’ve mainly looked to international artists for inspiration, and social media to connect with like-minded artists making cool music.

Who are your favourite artists right now?

Frank Ocean will always have a place in my heart. Nick Drake also.

Where does your biggest inspiration draw from when creating music?

I think its chords and the tension created between them.

How does the song writing process work?

I usually just play around until I got something to work on or I got a lot on my mind, so I sit with my computer or my guitar and lyrics come naturally.

You learnt how to play a variety of instruments at the age of 14- what can you play and which instrument was the hardest to learn?

I don’t know what counts for actually playing an instrument, but I really like playing the guitar –  it’s my favourite. I used to play ukulele and I mess around with chords on keys. I played the flute in middle-school which was definitely the hardest because I had to follow sheet music. 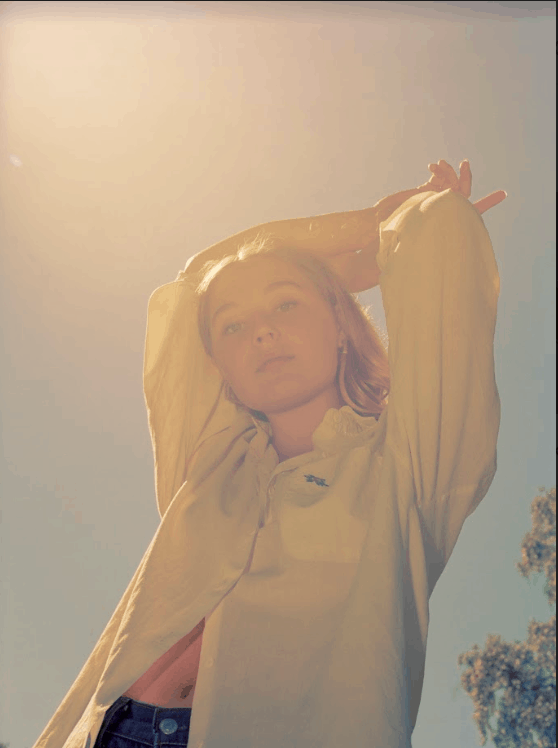 If any piece of art (e.g. artwork, film, album) best describes your life, what would it be?

I honestly don’t know… I’ve never come across art that’s resonated with me that deeply, making me think “wow this is my life”.

You recently released daydreams – what’s the story behind this new body of work?

daydreams is a small collection of songs I’ve had with me for a while now. The main theme is being alone and being fine with it. I wrote “daydream” and “2am apollo” when I felt like I was in between chapters of life during summer ‘18. I spent a lot of time alone at home letting the days of my summer break go by while I stayed up ‘til sunrise creating songs. “wyd” is for me fall ‘18. It was about thinking too much, meeting new people seeing a different side of it all, growing as a person and wanting something else but also staying right in the moment.

What would you like for people to get from your music? What’s something that you think is important for people to understand about you?

I just want people to feel something even if it’s peace or sadness, happiness, anger – anything. I just wish for the listener to experience some emotion.

People are always talking about the negative aspects of social media, what to you is the best part about having an online presence?

The best part is seeing the support and love from all these people and having a platform where I can express myself.

Is there a quote you consider to be your life motto?

Not really. I don’t know a lot of quotes. I guess my life motto is just to be open minded?

Where do you hope to be as a person in 10 years? What kind of person do you want to become?

I want to become someone who does what she loves. I wish to make music that inspires others the same way that others inspire me.