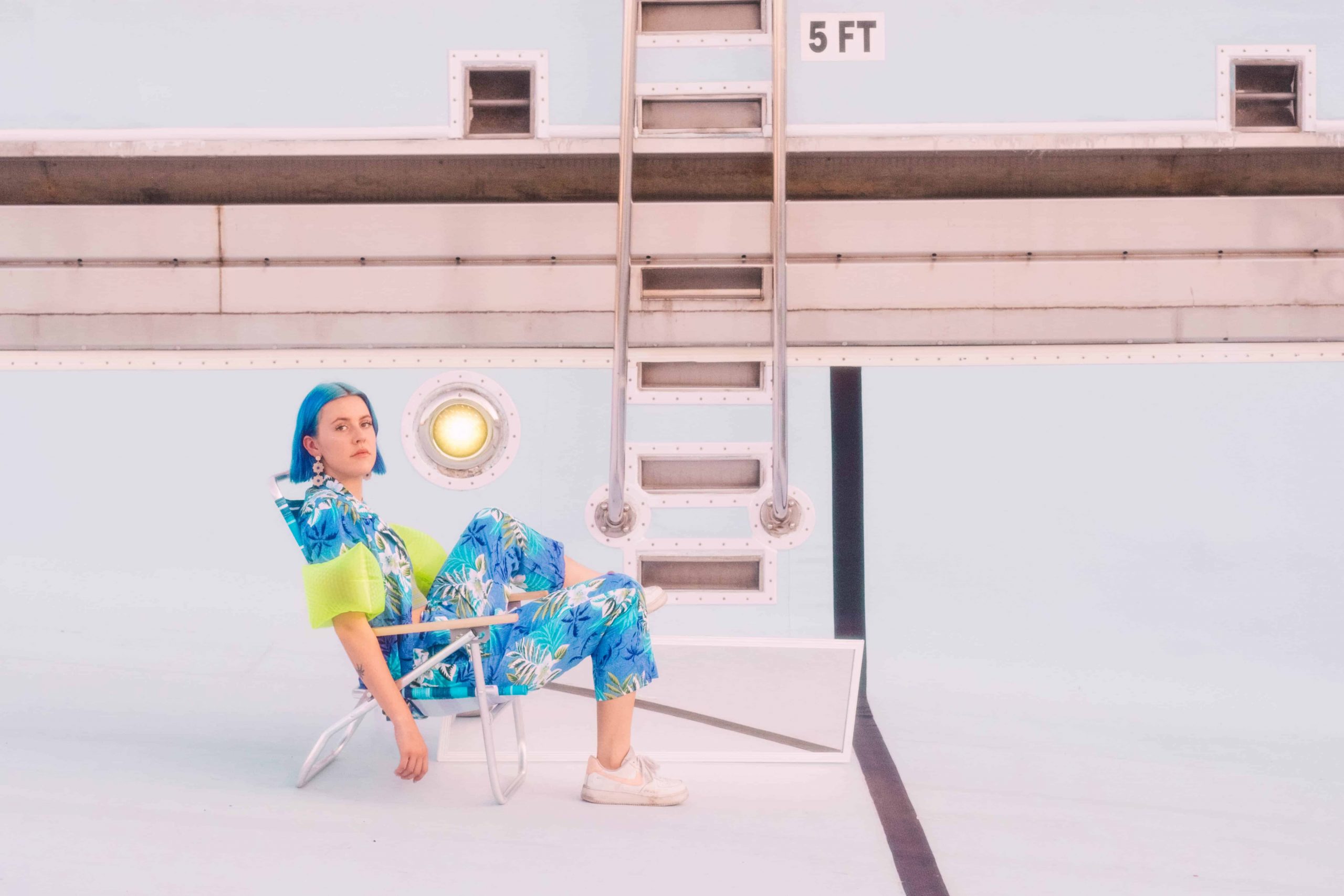 LA-based pop legend in the making Love You Later (aka Lexi Aviles) should be on the top of everyone’s “2020 Artists to Watch Out For” lists. Following the release of “Harder On Myself,” Love You Later is back with her new single “Said That You’d Be There.”

Whilst Aviles explained that the song was written after a time she “got led on and let down,” behind the darker themes of the song lies elements of strength and optimism that shine through in the song’s production and upbeat melody.

We had the chance to ask Love You Later a few questions about her new single, songwriting, and her passions outside of music amongst other things. Read more below:

You started writing music when you were 11 after you got a ukulele. Why the ukulele, and when did you realize that songwriting was a creative outlet you wanted to explore more?

Ukulele was what was ‘poppin’ at the time – all of the youtubers I used to watch and the ‘slightly emo’ bands I would listen to all seemed to play the ukulele. Not to mention, it made for a seamless transition when I picked up a guitar shortly after. I’d always been immersed in music from a young age – participating in tons of musicals, choir programs, guitar, and vocal lessons – and in middle school, I started going to ‘songwriting camps’ and it was there that I discovered how special and impactful the gift of songwriting is. The ability to turn my emotions and experiences into a song for other people to connect with was such a beautiful idea to me. Before writing my own songs, I would sing covers at local coffee shops and around town. It was fun and all, but there’s something so special about singing your own words. So from then on, I wrote all the time about anything and everything. And like any craft, it took years for me to genuinely love any song I wrote, but hard work and passion pays off.

Can you remember the first song you ever wrote?

The first full song I ever wrote was when I was 12 years old and it was called ‘Coffee Cup’ – I really don’t even know if I had even tasted coffee before I wrote that song but it made for a decent song I suppose, lol. The song was about loving someone so much that if you crammed all your love for that person in a coffee cup, it would spill over. Some may call it painfully cheesy, others may call it a masterpiece.

This was the chorus: “Oh my love can’t fit in a coffee cup,

It would go far past filling up,

It would spill out on the floor,

Cause I can’t explain the love, I have for us,

And you’ve got me wanting so much more…”

I read that your friend Jordie Saenz helps produce your music! From a producing standpoint, what sorts of sounds or arrangements are the two of you drawn to in the studio?

Yes, he’s the best! I feel so lucky to be able to work with such a talented and kindhearted friend. We both love 80’s inspired anything – so a few 80’s synth sounds usually end up being our base when starting to track a song. It sets up the dreamy atmosphere. Then from there, we’ll play around with some 80’s drum samples, synth bass as well as live bass, and shimmery guitars until we’ve got a nice sounding demo to track vocals on top of.

Your new single “Said That You’d Be There” is an absolute banger. Did you find that the lyrics for the song came about easily, and how long did it take for the song to reach its final form?

Aw, thank you sooo much! Yeah, this song came quite easy for my co-writer, Struan [Shields] and I. We met up for a session about a week after I played one of my biggest shows to date. When we sat down to write, I told Struan about this guy I had a crush on that was supposed to come to the show and ended up not showing up. I just remember looking for him in the crowd between each song. All of my friends knew he was supposed to come too, so they all asked me after: “Where was he? We didn’t see him” and I tried to act like I wasn’t bothered by it. It was a real bummer and in true “me” fashion, I was hung up on it for days. So naturally, we wrote a song about it so I could get it off my chest. The lyrics were written all in that 3-4 hour time span and then it was produced shortly after when I got in the studio with Jordie. When we were writing it, I already knew the vibe I wanted for the song, so it all came together pretty swiftly.

I really love the visual aspect of your art, especially the single artwork you choose for your songs. For “Said That You’d Be There” in particular, the cover art is green. Does the color green have any meaning related to the song?

Thank you! Those specific shades of green have been catching my eye lately. I see emotions, words, music and all kinds of things in color, so I wish I had a better explanation or a mindblowing story, but really green just seemed to fit with this mood of the single. To me, green represents freedom and release. The guy that didn’t come to my show was also playing a show with his band the week after and I told him I would be there. And I actually ended up going and it actually gave me a sense of relief – that night allowed me to let go of the pointless energy I was wasting on this guy. So by the end of the song, I express that even though he didn’t come to my show, I was going to his and to me, that shows a big sense of maturity and confidence and relief.

Besides music, what else are you inspired by or find joy in?

Fashion is a huge passion of mine – if I wasn’t an artist, I would want to be a stylist. Expressing myself through fashion is something I find so intriguing! Photography used to be my main passion in high school – I would go up to LA and shoot with models, and mainly portraits and lifestyle stuff. It was a great way to meet new faces and I loved being able to capture experiences and emotions. And I still really love to take photos because I’m such a visionary. Cooking is also a hobby of mine – to me, being in the kitchen is so peaceful and creating my own recipes is a fun avenue of creative I love to explore.

If you could have your music placed in any film from the 80s or 90s, which film would you pick, and why?

Such a great question, but also a really hard one! I know it was released in 1999 so hopefully this still makes the cut, but I think I would choose ‘10 Things I Hate About You’ since the storyline is pretty relatable to me and I watch it whenever I feel sappy and sad. And I mean…Heath Ledger. Yeah, I would die to have a song of mine in that movie.

Lastly, what are your plans for the new year?

Well, lots more music is surely on the way. I’m hoping to do a lot more touring next year – that’s one of my favorite parts about being an artist. I have an EP releasing early 2020 and ‘Said That You’d Be There’ is one of the first singles leading up to that. And another single coming in the near future! Soooo pumped for you to hear this new music – be on the lookout and I hope you love the new single!!

It was a true pleasure chatting with you, Euphoria. Thank you so much for having me.