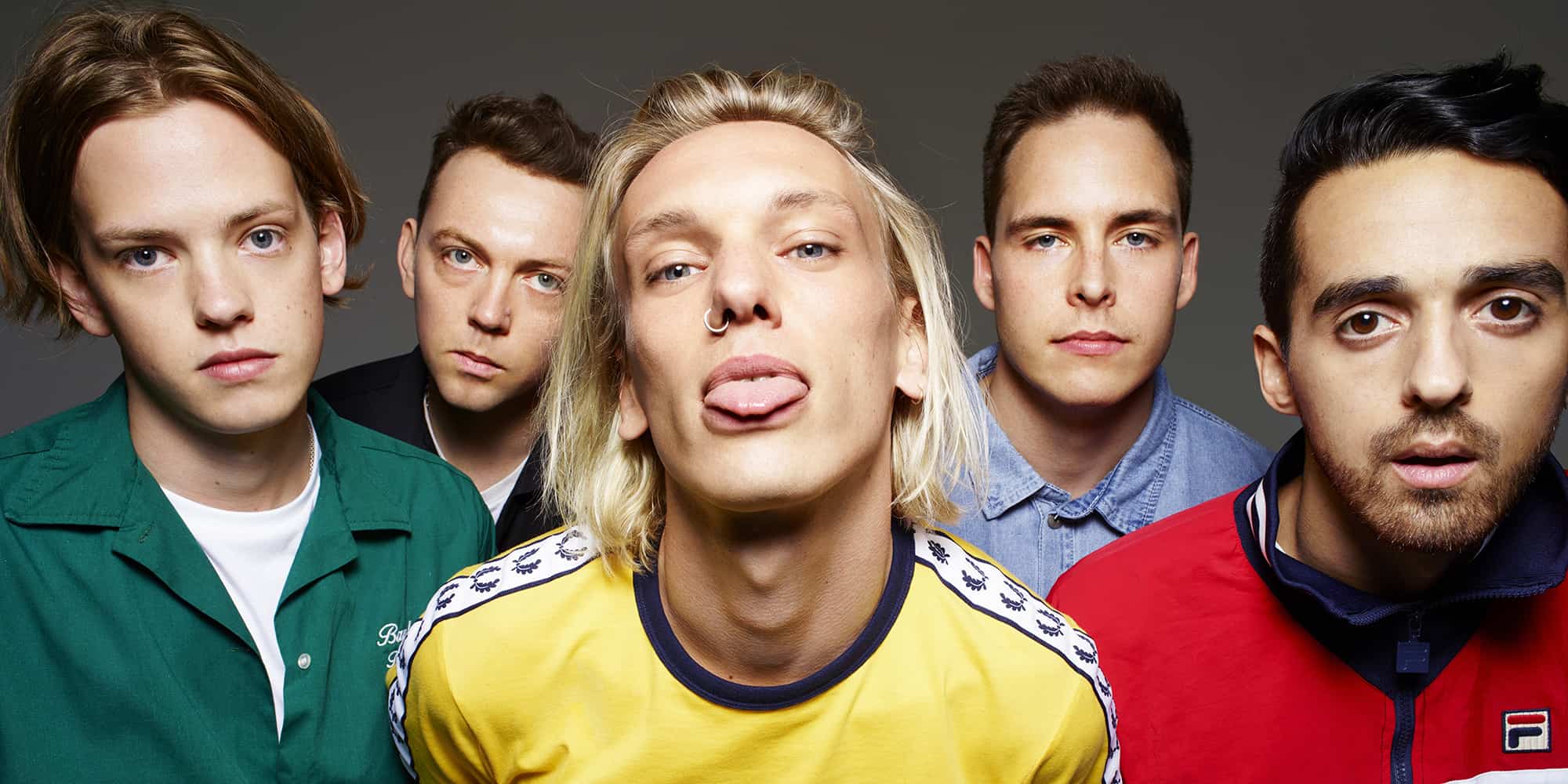 COUNTERFEIT.’s debut album entitled Together We Are Stronger served as a powerful statement of intent for the English punk rock band. Their latest single “It Gets Better” further solidified the band as ones to watch, with the track perfectly showcasing the band’s ability to intertwine hard-hitting lyricism with dynamic production.

We had a chat with the band’s bassist Roland Johnson about the band’s journey so far, their energetic live show & COUNTERFEIT.’s hopes for the future.

You released “It Gets Better” two months back, how did you initially get started on that track?
We wrote “It Gets Better” out in LA last summer and we were pushing ourselves to get out of our comfort zone and see where that path took us both creatively and emotionally. For me, life is about constant growth and striving for improvement, and I guess we apply the same kind of philosophy to our band and music. Jamie had the lyrics “It gets better” written down in his notes for ages and we were in a studio getting some ideas down and making good progress when he pulled it out and slapped it on the chorus which felt really good. It took about 4 hours to write overall and it flew by and we walked out of the studio with a great feeling about what we’d created.

I love the track’s optimistic lyrical sentiment, and how the track still touches on some of life’s harsh realities. What did you feel like it was an emotional message to convey through your music?
We’re living in a world where everyone is learning at such a great speed and technology is accelerating things so quickly that I can find it hard sometimes to take a moment to sit back and see what’s happening in front of me. I guess it sometimes gets me down when you get caught up in the hurricane of life and It Gets Better feels like it was written to help remind us all to be calm and take a moment to see how far we’ve come and that we’ve got it and we’re all on our good path. Life ain’t easy but with the right people around you, it can be pretty damn beautiful.

Sort of following on from that, “It Gets Better” serves as your first track release in 2 years. What it is about the track that made you feel like it was the right track to return with?
It’s just a great uplifting track to us that embodies what we feel and want to share with people musically and through our message as well. It felt like the right thing to do to kick things off and get the ball rolling and we love the dynamics of it and the way it makes us feel. It felt like the right track for the title scene of a movie and we’re about to introduce the new body of material we’ve been working on so it made sense to start with this for the journey.

You played Reading + Leeds Festival this year, what was that experience like?
MENTAL! Its something we’ve watched live and on TV for years as kids and its always been on our bucket list to play so to be able to set out onto the main stage alongside some of our favourite bands and artists who influence us was a real humbling moment. The first show at Reading we were super nervous for but once we got on stage and the sun shone down on us it all felt incredible and the reception was awesome. Leeds was a super buzzed day and everyone was in their element so the overall experience was one we won’t be forgetting anytime soon.

Your track “Enough” seems to have really resonated with fans. Why do think fans have connected with it in the meaningful way that they have?
I think that lots of people are sick of certain ways in which the world is working and feel attacked by certain rules or behaviours in our society. Enough is a big middle finger to all the people trying to hold you down and suffocate you in its message and we were just trying to spread hope for people through its lyrical themes. It’s awesome that so many people have got behind it and are using it as some sort of anthem for spreading love and standing up for what they believe in. Let us love.

The band’s debut album sort of chronicles the life-altering process of deciding to give up drugs to be sober. Presumably, a second album or EP is on the way, so where are you drawing sonic or lyrical inspiration from for your upcoming material?
Everywhere! I know its such a broad answer but we’ve been on such a journey since writing the first record, living together, expanding our horizons and views on the world and what we connect with, its all come into play. New artists and old artists alike have played a role in shaping the sound of the record. We’ve tried to take a look at what’s going on around us lyrically and touch on our views on how the world is progressing/regressing and the direction in which things are going. Relationships, friendships, hardships and all the lessons that come with growing up and getting to understand yourself all pop up in themes and its been really beneficial for us to write about these subjects and express ourselves in that way.

You’ve quickly built up a reputation on the live front as a band who give extremely impassioned performances while meaningfully interacting with the crowd. What do you hope people will feel at a COUNTERFEIT. show?
Included and safe. It’s about providing a safe space for people to come and be themselves and be accepted for who they are, free from discrimination, judgement and hostility. We want to create an atmosphere that is fun and memorable and makes everyone feel welcome. We’re out there exercising our demons and people are getting behind it, so we want to give back and make sure that everyone gets the chance to do that too.

What misconceptions do you think the general public have about being in a band?
The glamour of it all and how easy it all is. People see bands come out of nowhere with a big song or tour and think they’ve made it overnight and sometimes it’s easy to overlook the years and years of hard work and determination that it takes to get to that level. Big respect to everyone out there putting in the work!

Finally, what are you most excited about for the future?
The next steps on our journey, the doors we are at and the ventures that will come once we step through them, starting with the release of our new music.