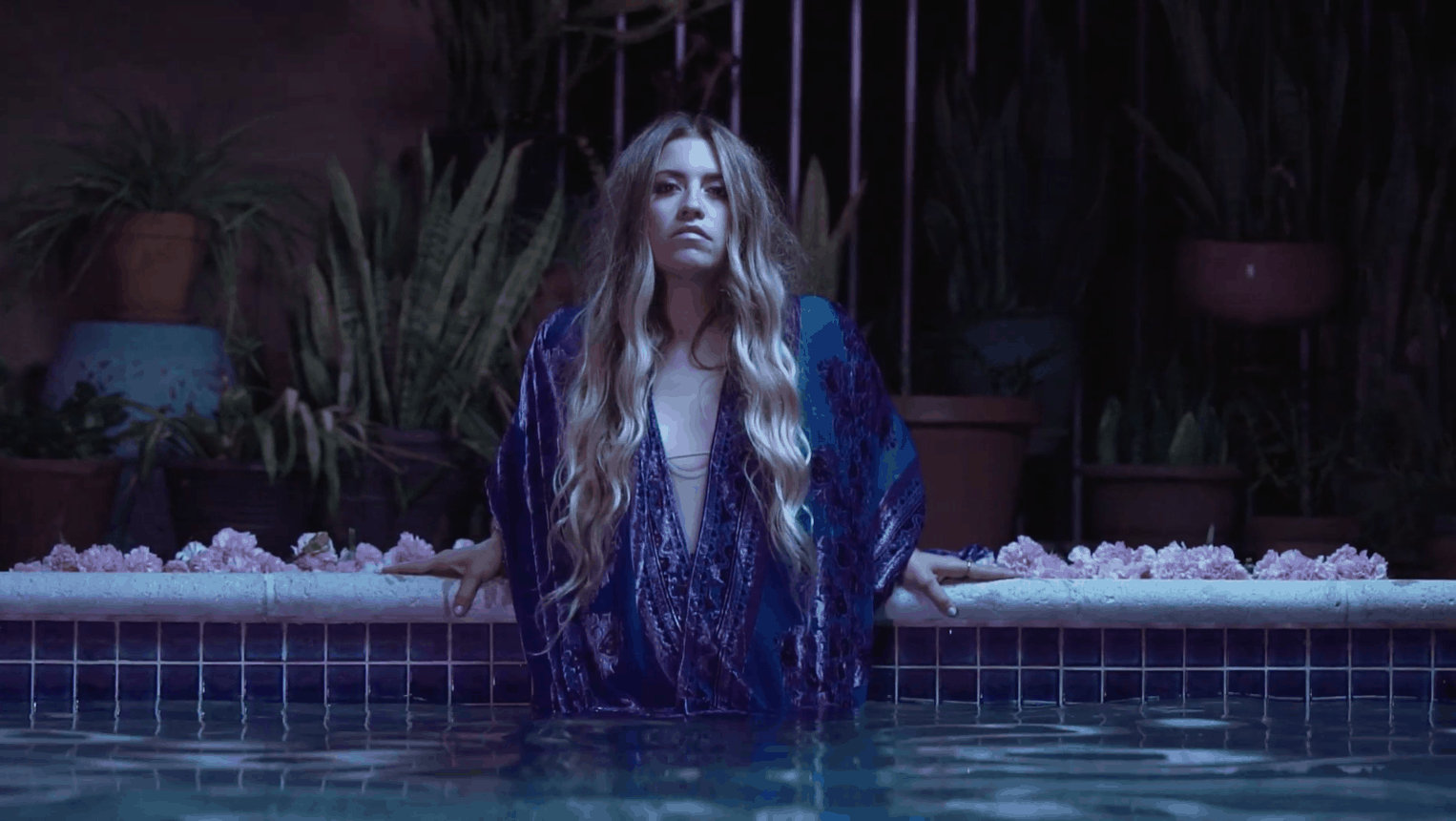 FINLAY first made her mark on the alt-pop scene with the release of her stunning debut single “TIDES” back in 2017. Subsequent releases like “lovesick.” and “memories” saw her continue to combine wistfully nostalgia-drenched lyricism with compellingly dynamic production to further assert herself as an artist on the rise.

EUPHORIA. Magazine is proud to be premiere FINLAY’s brand new single “deep end,” lifted off of her upcoming debut EP that shares a name with the EP’s first single “edge of mine.” “deep end” sees FINLAY delve into the exhilarating nervousness that comes to define the early stages of a relationship. The track’s almost ominous production serves to amplify both the trepidation and elation that’s embodied within FINLAY’s absorbingly affecting lyricism and her intoxicating vocal performance.

Speaking of the track, Finlay said “‘deep end’ is a really special record that came to me after hours of persistent writer’s block. My producer and I had had an exhaustingly full day in the studio; I was weary from marathon sessions and almost ready to give up and call it a night. After taking a beat, we turned all the instruments off and I silently sat in the studio and semi-hopelessly waited for inspiration. It was then in the quietness of the late-night that the centric melody came to me, and the story began to unfold. It was clear from the get-go that I was writing someone else’s story…what it really means to meet another human halfway with unbridled vulnerability.”

“The lyrics are really a call to dive deeply into relationship with total abandon, regardless (and especially in the face of) paralyzing fear. Fear is something I’ve often wrestled within my personal life and career, and I’ve learned slowly with time and patience that though there is no escaping it entirely, stepping into love is what tends to banish its paralyzing effects in the face of love.”

“As I continued to write, the imagery painted on this record seemed to perfectly mirror common emotions I often feel when looking cliff-side into the depths of the Pacific at my place in L.A. The ‘deep end’ is a topic I’ll likely continue to explore with my fans in future records and content in the coming year.”

While FINLAY’s music understandably draws comparisons to the likes of Lennon Stella, Sasha Sloan, and Chelsea Cutler; with both ‘deep end’ and ‘edge of mine’ it’s blazingly evident that FINLAY is uncompromisingly crafting a distinct sound of her own. While her vocals are endlessly enthralling, provoking a captivating sense of intrigue, it’s FINLAY’s atmospheric lyricism and bewitching production, courtesy of rising producer NATIIVE, that truly sets her apart. With FINLAY’s debut EP on the horizon, it’s an extremely exciting time for this amazingly talented and distinctive artist.