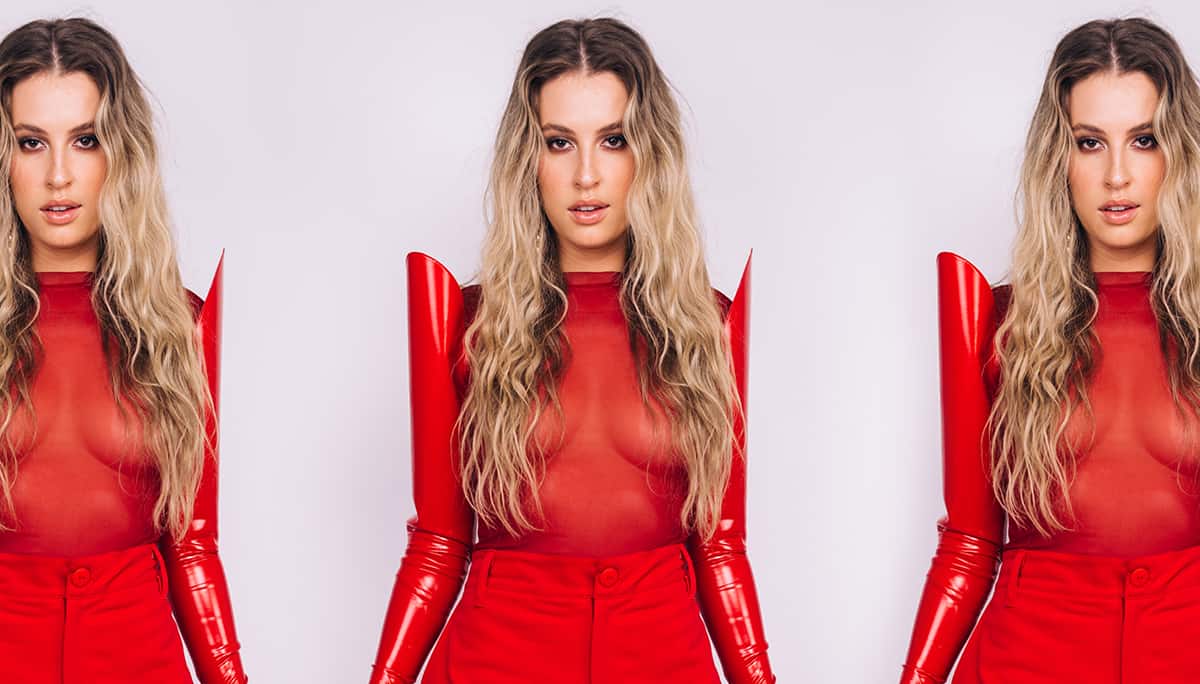 FLETCHER – You Ruined New York City For Me

With successful singles “Undrunk” and “If You’re Gonna Lie” to her name, FLETCHER can safely be regarded as one of 2019’s main artists to watch. Her music is probably best described as artfully produced, edgy pop. It’s both melodic, yet possesses this honest, conversational tone that’s reminiscent of other brilliant singer-songwriters like Julia Michaels, Halsey and Dua Lipa. FLETCHER’s latest project, an EP called you ruined new york city for me released in August, only further emphasizes her ambition and potential when it comes to storytelling through music.

The EP starts out with “If You’re Gonna Lie,” one of the lead singles. The lyrics seem to suggest a somewhat toxic relationship that’s hard to let go of, as FLETCHER sings “I kinda like it when you hurt me, I start believing all your stories – but I’d rather hear you lie than hear you say goodbye to me”.

It’s one of the defining qualities of FLETCHER’s writing, this almost jarring bluntness to her words. She’s unapologetically unfiltered and confronting, emphasizing her own flawed behavior – especially when it involves matters of the heart. “A breakup is an emotional rollercoaster of a million different emotions,” she adds when asked about the content. “Each of these songs is about a very specific story like a page ripped right out of my diary.”

What’s so nice about this EP, in particular, is that it’s able to tell a story in just five songs. It almost feels like a micro concept album, in that each track naturally progresses from the previous one, effortlessly blending old and new material. “There is definitely a narrative throughout you ruined new york city for me,” FLETCHER explains. “Each song captures a certain moment in time and the specific feelings I was going through at that moment.”

As the album progresses, so does FLETCHER’s take on the ending of the relationship. Whereas in “Undrunk,” regret and rebounds are the focal issues, “All Love” deals with the actual acceptance of the relationship truly being over. As much as we can pretend to be fine, it always hurts a little when you’re not the first person to move on. “About You” sees FLETCHER wondering whether she will ever actually get to leave the relationship behind her completely – “A thousand miles away, but you still got your hands on me.” The overall production has Malay’s signature all over it; as the track’s instrumentals somewhat remind me of megahit Pillowtalk. Given that track’s success, it’s a good single contender as well.

Finally, the EP ends with an almost upbeat, energetic track on how she’s back to being strangers, rather than lovers or friends. When speaking of the song’s inspiration, FLETCHER says it’s actually the most personal she’s put out yet. “The verse lyrics are pulled from a facebook message my ex and I exchanged two years after breaking up, and was the first time we spoke.”

Putting out this record also meant closure for FLETCHER. “It was heavy, but that song really helped me process everything and helped me put an end to that chapter of my life.” This EP may be just one small chapter of FLETCHER’s career in music, it will leave you wanting more almost instantly. Listen to her latest work here: