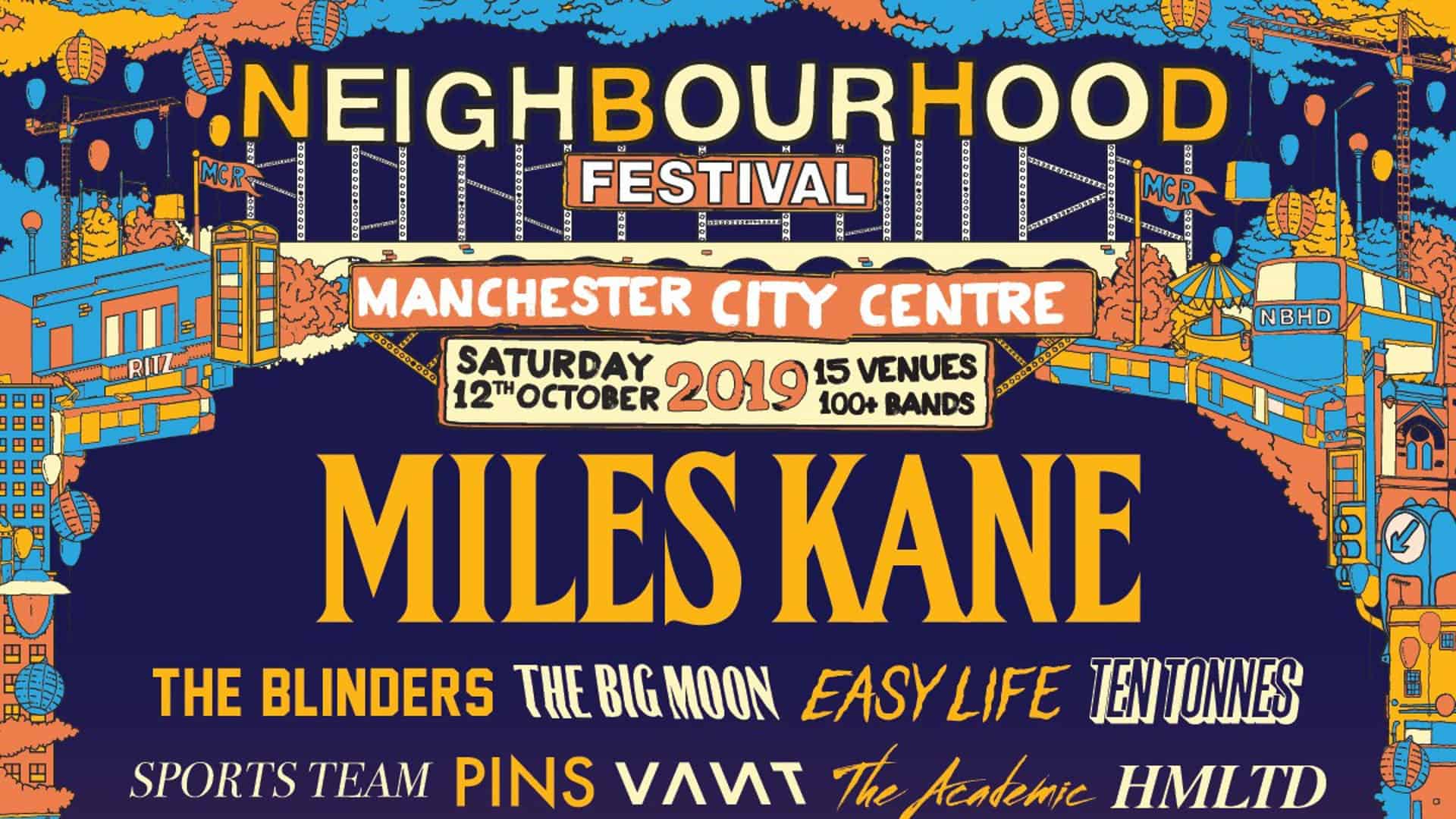 10 Acts You Need To See At Neighbourhood Festival 2019

I’ve said it before and I’ll say it again: the Neighbourhood Festival line-up always delivers. Scattered across a few iconic and some smaller locations across Manchester, the festival has grown each year with bigger and better acts on the bill. The perfect place to discover new acts and visit indie venues, we’ve rounded up the bands you don’t want to miss.

Even if you haven’t heard their music, the atmosphere at a Red Rum Club gig is reason enough to make sure you see them. The band have got some great sing-a-long tunes, but there’s also a trumpet involved and cracking dance moves, making up what the Liverpudlian band describe as ‘Scouse Americana’ – what’s not to love? Listen out for ‘Would You Rather Be Lonely’ and ‘TV Said So.’

Bringing his summer soundtrack to Manchester in October, Ten Tonnes is sure to brighten up the stage at The Ritz. He’s young and still relatively fresh to the music scene but his songs range in mood and genre and he already has some huge venues under his belt, making for an interesting setlist.

There’s no stopping these gals. The sound is more polished than when they first started out, and their energy hasn’t faltered. Their big hits always go down well and the band’s upcoming album ‘Walking Like We Do’ is primed to kick off.

The Blinders
This band are heavy, fearless and their tunes will be stuck in your head for the next week. One of the most distinctive acts making their way up through the scene at the moment, The Blinders exude a passion that makes every performance epic (the mosh pit isn’t for the faint-hearted). With black makeup smeared across their eyes, The Blinders will make the room shake.

Easy Life are the kind of uber-cool, non-genre binary band with an Instagram page that could rival magazine editorials. Their songs are part rap, part pop and full chill. If you want to catch a band before they fully blow up, now is your chance.

she’s written songs with Juliette Jackson from The Big Moon, and Billie Eilish is a fan. Green is irreverent, self-deprecating and super cool. She also kind of has a mini mullet – very on-trend.

We’re getting feel-good indie vibes from this band and you will definitely already know three or four of their songs. The Academic are already touring and making their mark, this performance won’t disappoint.

Are these guys the hardest working band in Manchester? Name a venue and they will have played it. As well as an energetic live performance, Larkins give off serious squad goals and are always having a dead good time. Their indie-pop is guaranteed to put a smile on your face.

Described in one review as a ‘weirdo UK guitar band,’ it’s pretty accurate to assume that this performance is going to be one to remember. They’ve already supported Two Door Cinema Club and Pale Waves and are ready to bring you’re their ironic lyrics and mid-noughties crunchy sound.

The Magic Gang
Is anyone ever not in the mood to see The Magic Gang? Show up for anthemic tunes and a good time. With an uplifting set, this band will liven up your evening. Playing early on, this is the perfect band to chill and settle into your first pint with.

Full venue set times to save on your phone! 📲

What’s your plan for the day guys? pic.twitter.com/UdSuVP5XXH

Although the artists listed here are our top tips for Neighbourhood this year, the magic of the festival is stumbling into a bar and finding your new favourite. Don’t just show up for the headliners, get about a bit and check out some new acts too.