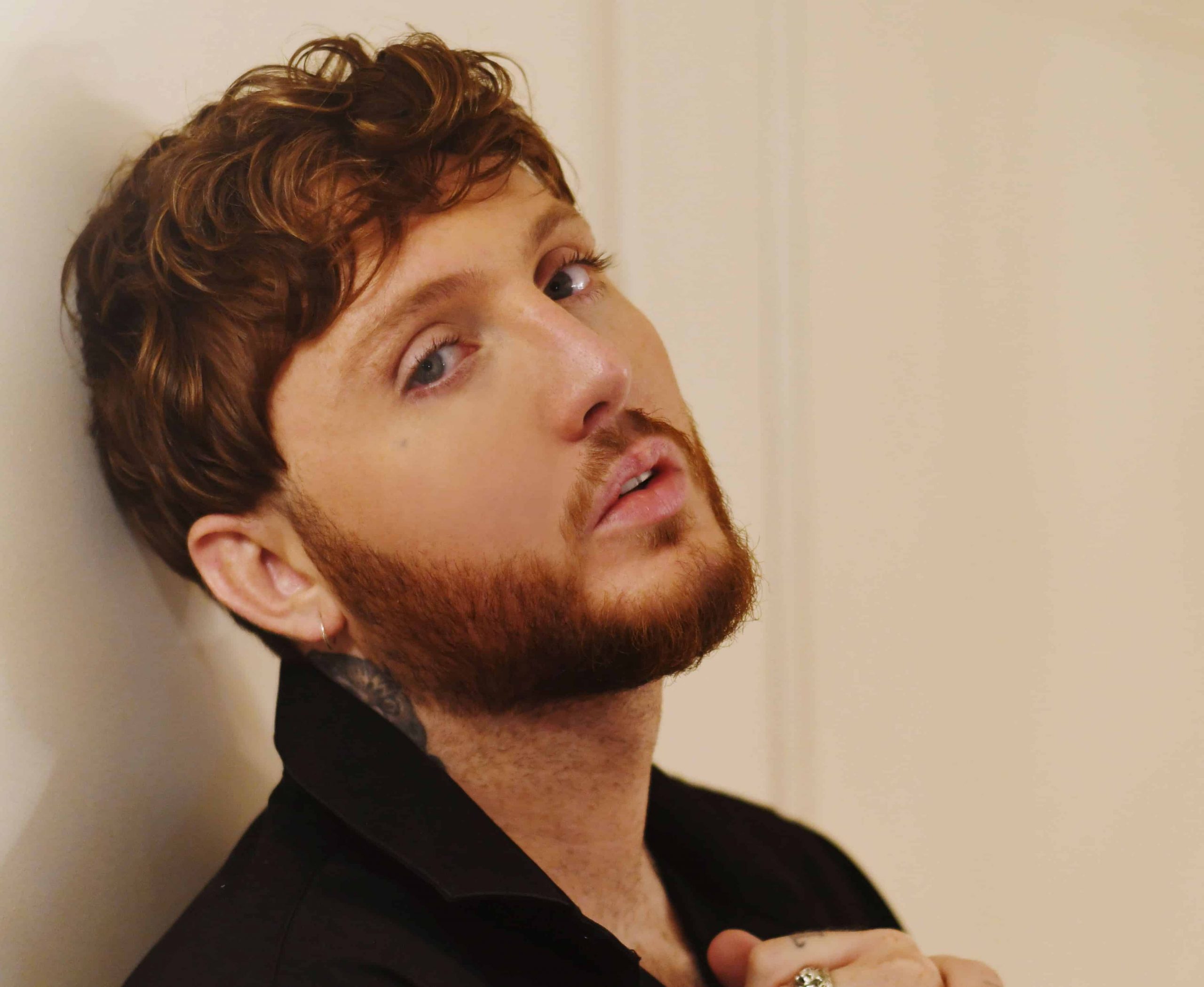 A fury of fans lined themselves up outside the front doors to the Gramercy Theatre on the evening of September 22nd. And then some more joined. And then the line wrapped itself around two corners of the block. Passersby investigated who could inspire such masses of people to stand and wait before doors for the show had even opened. Atop the marquee read the words “JAMES ARTHUR. SOLD OUT.”

James Arthur began his career nearly seven years ago when he competed on season 9 of The X Factor. He quickly gained notoriety for his raw vocal talent. This talent brought him to the finals and ultimately to win the entire season of the vocal competition. His cover of Shontelle’s “Impossible” was released after the show wrapped and was an instant hit. But this was just the beginning for James. He followed up with his 2013 single “You’re Nobody Til Somebody Loves You,” and then came “Say You Won’t Let Go”– the track that changed everything. With over one billion streams on Spotify, the song has become an anthem for the generation, putting James Arthur on the map with the likes of Ed Sheeran and Sam Smith.

Fast forward three years and here he is, headlining his first US tour. His last trip to the US was for OneRepublic’s 2017 tour: in the time since he’s made his way to the top of the bill. But it hasn’t come without hard work. Much of the last three years have been spent crafting his upcoming 2019 album, You. The 15 song collection is full of a raw quality that is exactly what drew fans to him back in 2012. The emotion on every song engulfs you in such a way that you not only hear it, you feel it.

But the process for such a record wasn’t easy. Working with multiple producers and songwriters brings certain obstacles and hesitations with it. “I enjoy the idea of writing with other people, for other artists, but sometimes it can be quite taxing,” James recollected. “The whole process of, you’ve got two days with this producer, the first day you have to get over the social anxiety… And the next day is ‘Right let’s get it down, let’s get it all.’ There’s a bit of pressure there to get the vocal done right there and then when you’re working with some A-list producers. You know that sometimes you don’t have the opportunity to go back and change it.” Not only is there pressure to create the final cut of a track in these brief sessions—but there’s also the undeniable pressure to create a hit record, leading to the possibility of a collection of “a bunch of attempted singles.” Well aware of this pressure, Arthur took some time to himself to write songs by himself, for himself. The result is a diverse, yet somehow cohesive, set of songs that shed some light on Arthur’s self in ways that have never been shown before. He explained, “I feel like it’s a good blend: one half of it is kind of collaborations and the other half is me just back on my own, on my acoustic guitar. And we just tried to thread those authentic songs in with those ‘attempted hits.’”

And one of these hits came about in the run-up to his You tour. “Treehouse” dropped on September 6th, and carved out unique territory in the pop landscape. Collaborations between singer-songwriters and hip hop artists can often feel forced– it’s difficult to locate a middle ground between the two genres that feels natural. But this song came to be almost through fate. As James recalls, “When I was out in LA, and the producer I was supposed to work with on the day I wrote ‘Treehouse,’ canceled on me. So me and my friend Andrew Jackson, who I was kind of writing with at the time, we just phoned around to see who was available.” Luckily, Jackson had been working with Nic Nac and set the two up for a writing session. The product of the session was sent to Ty Dolla $ign, who Nic Nac saw as a perfect fit for the track. As a final addition to the track, James reached out to a fellow UK artist, Shotty Horroh, to be featured as well. The result was an undeniably catchy tune.

But the album isn’t all catchy, radio-ready hits. James brings several tracks to the table that feel intimate–giving you a look into his personal relationships in a way that feels relatable. One of these tracks, “Unconditionally,” came by way of one of his favorite bands as a young artist. Taking Back Sunday’s 2002 hit “Cute Without the E” was a source of inspiration for James, using the opening lyrics, “His lipstick your collar, don’t bother angel.” He noted, “I kept going to those chords, and kept singing ‘Your lipstick, his collar, don’t bother’ and was like… ‘I can’t take this out of the song,’ so I’m going to have to ask them if I can use it… and I think Adam himself was like ‘Why don’t I sing on the record,’ and I was like ‘Sorry, what?… That’s actually possible?’ And they made it happen… It’s a real iconic moment whenever they play live, so for him to agree to put that into my song, I’ve got no words for that.” The final cut of “Unconditionally” showcases how their vocals perfectly complement one another to make the track subtly reminiscent of the pop-punk music that inspired him in his early teens.

Fast forward to his New York show, and James had a collection of songs he was ready to share with his fans for the first time. He noted, “It was difficult to do the live versions of these songs, but it was a fun little challenge for us and I think we pulled it off. These shows in America have been almost like a little bit of an experiment. We’ve been treating these fans like our subjects. And seeing how they’ll react.” And the first experiment went off without a hitch. Arthur opened his set with the title track from his upcoming album: “You.” The opening notes of the performance were nearly impossible to hear over the roar of the sold-out audience in front of him. One of his more dramatic songs, “You” was an effortless way to introduce fans to the new side of Arthur that is coming with this new album. His performance of “You” had a unique edginess to it—something that we rarely see in his ballads. It felt raw in an unpolished way that never verges on sloppy. It’s in this versatility that James’s talent truly shines through.

One of Arthur’s most striking qualities is his ability to perfectly mirror his recorded tracks with every live performance. Not a note sounds out of tune, and yet he never feels over-rehearsed. Everything about his energy, from his voice down to his stage presence, feels natural. His performance of You track “If We Can Get Through This, We Can Get Through Anything,” was a remarkable showcase of this energy. A jazzy, sexy song from his collection, it felt incredibly intimate. His relaxed energy on stage transferred effortlessly to his vocals, which felt more like they were speaking to you, than performing for you.

But his show didn’t forget about the hits. Despite his opening joke that Anne-Marie would be joining him on stage (she was not in fact in attendance), Arthur’s cover of “Rewrite the Stars,” from The Greatest Showman was flawless. Intended to be a duet, the song didn’t miss a beat with James covering it entirely himself. Other notable performances were similarly titled “Falling Like the Stars” and “Empty Space.” For a crowd that hadn’t heard many of the tracks from the new album, James craftily weaved in the old favorites to keep his listeners engaged. He closed the show with the song that truly put him on the map: “Say You Won’t Let Go.” He effortlessly crooned his way through each verse, accompanied by nothing but his acoustic guitar. A remarkable way to end the show, he made brief vocal pauses to allow the crowd to sing the melody in his place.

With You coming out on Friday, October 18th, the tour is the perfect way to garner hype around the release. But after three years spent on the album, and several months out on tour, many artists would take a break—take a step back from the frenzy that comes with an album release. What’s next for James? “I’m eagerly anticipating the reaction to the album because I feel like it’s my best album so far, and I want that to be validated by the people. And I think that’s step number 1, and the next thing is going out and performing it around the world.”