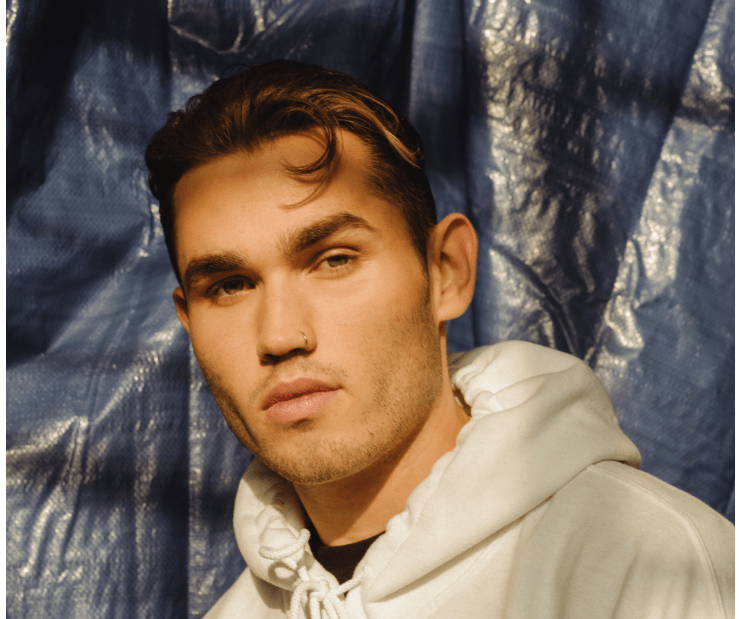 In a music industry saturated with talent, it can be hard to stand out or sound unique. However, there are those artists who push their way through the crowd and rise through the ranks and, as is the case with artist Moss Kena, show that there is still so much talent in the music industry worth being excited about.

Engaging melodies and an impressive falsetto are what set Moss Kena apart from other pop artists. His songs, while sonically laid-back, contain a confidence and a power that is often hard to capture when creating electronic-pop music. But he is unafraid to experiment with sound, and he’s creating a body of work that that speaks directly to younger generations, their woes, heartbreak, longing and musical taste.

His latest single, “Begging,” is an emotionally honest track centered around the theme of forgiveness. The song was co-produced by Grammy-nominated and Brit award-winning producer Mark Crew; Dan Smith, Bastille frontman; and Dan Priddy, producer for artists such as James Arthur and Bastille. It is an anthemic pop song that shows a more vulnerable side to Kena and gives listeners a more intimate look into his personal life. Kena is not afraid to step into new sounds, and this track perfectly illustrates just how much this artist is capable of.

Of course, he’s just getting started. Moss Kena recently wrapped up his time as the main supporting slot on the UK and EU leg of Rita Ora’s Phoenix World Tour, where he was, undoubtedly, the perfect act to heighten the energy of the crowd before the entrance of the powerful popstar. He has also supported Jess Glynne and Bastille, and he recently headlined a show at Camden Assembly, a venue known for its unique ability to showcase rising stars within the current musical landscape, reinforcing that he is re-defining the music industry, and slowly working his way into stardom.

When speaking about Kena in an interview, both Crew and Smith had this to say: “We first heard Moss when we were played the song ‘Square One’ which we loved. We were blown away by his voice and really liked the mix of influences in his music. It sounded totally fresh.”

Pop music is undergoing a huge change, and Moss Kena is ensuring he is blazing the trail.