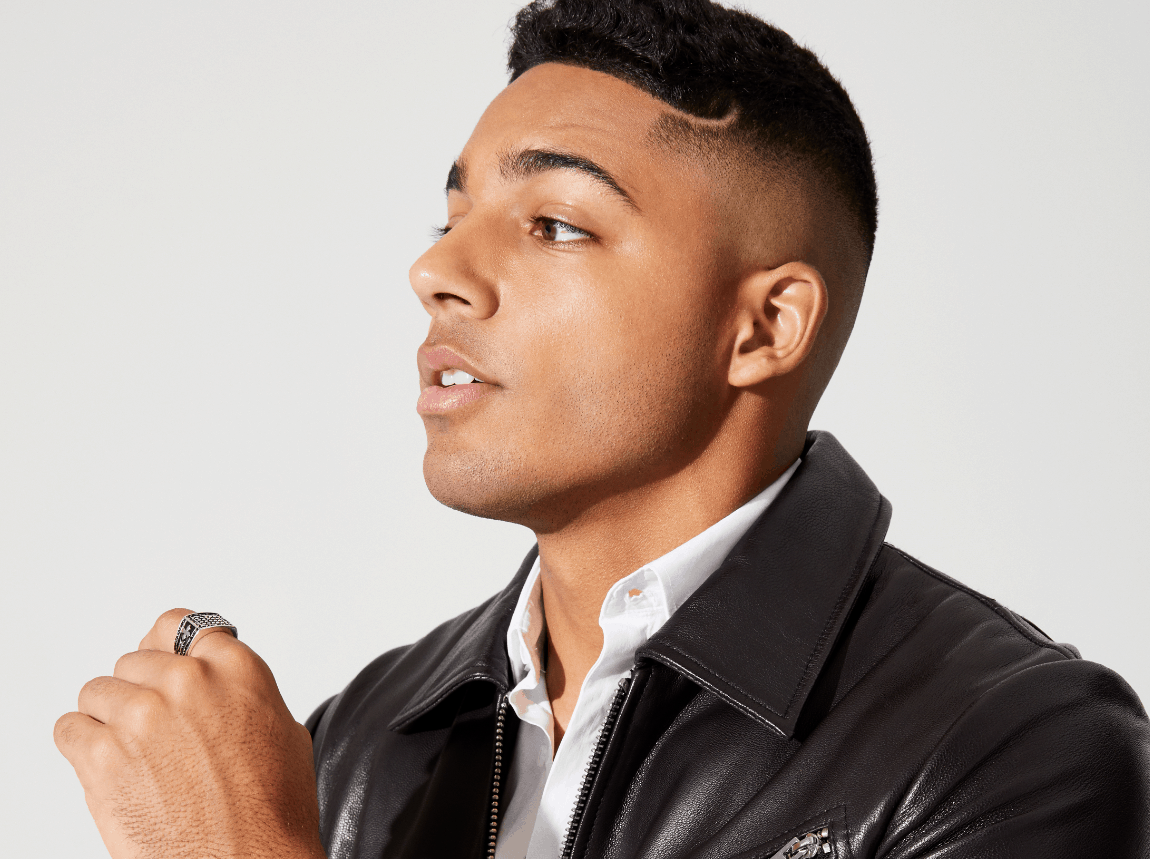 Actor Michael Evans Behling exudes his passion for acting, as much as he does for his love of the outdoors. Behling’s love of acting came during his time as a pre-med student in college, and once he discovered his talent for acting, he put college on hold. After viewing the 2008 film The Dark Knight featuring the late Heath Ledger and actor Christian Bale, Behling knew he had to continue his path for acting in front of the television and movie screen.

Behling has appeared in a variety of campaigns, including Finish Line, Nike and White Castle, among others, along with guest roles on Empire and Grey’s Anatomy, as the leading role of Jordan on the high school football drama show, All-American airing on the CW. In our interview with Behling sheds a light on Jordan’s dilemma this season and evolution from the previous season. He also shares what drew him to pursue acting, his love of the outdoors, his advocacy for animal welfare and mental health, and his own apparel line.

You grew up loving the outdoors, having grown up on 10-acres of your family’s land. What drew you to pursue acting?
Growing up on that land with a pond and having free reign was amazing. It allowed my big imagination to roam free and I spent time alone just playing in the woods or playing catch with my siblings. I had no interest in entertainment until I viewed the 2008 film, The Dark Knight. I started to pay attention more to film, and quality television, but I did not start to pursue until my freshman year of college.

You were in school for pre-med when you discovered your love for entertainment. When was the moment you knew acting was your calling?
I left college with the interest of entertainment because I started to make short-form content on Snapchat and Instagram. It was not until I was on set for a long period of time for a White Castle commercial, that I knew this is what I wanted to pursue full time.

Who are some of your biggest influences in film and television?
Heath Ledger. It was his performance in The Dark Knight that had me glued to the big screen shined a light on how powerful acting can be. Leonardo DiCaprio, Denzel Washington, Jason Bateman, and several others are just a few of my biggest influences.

Do you think you’ll ever go back to college, or is entertainment “the one” for you?
I am definitely open to it. I think if I went back to school, it would be to pursue a degree in business to better understand taxes and finances at a higher level. While I’m open to the idea of returning, I certainly know acting is it for me.

What do you enjoy most about your role as Jordan Baker on All American?
Well, I love how much he’s changing this season. In season 1, Jordan was angsty and battling multiple internal demons while striving to be the best guy he could be. This season, the writers are sending Jordan down a darker path. He’s becoming more selfish, and just within the first two episodes, the audience gets to see Jordan in a way no one ever has.

How do you relate to your character as Jordan and what he navigates in life with?
I relate to Jordan in season one the most actually. Season one he was struggling to find his identity and to fit in as a biracial teen. At age fourteen, I did begin to struggle with identity and finding my place. Jordan and I both started to notice the differences in our life and that things aren’t always cut and dry. Luckily, I think we’ve both come to terms with it and embrace it. 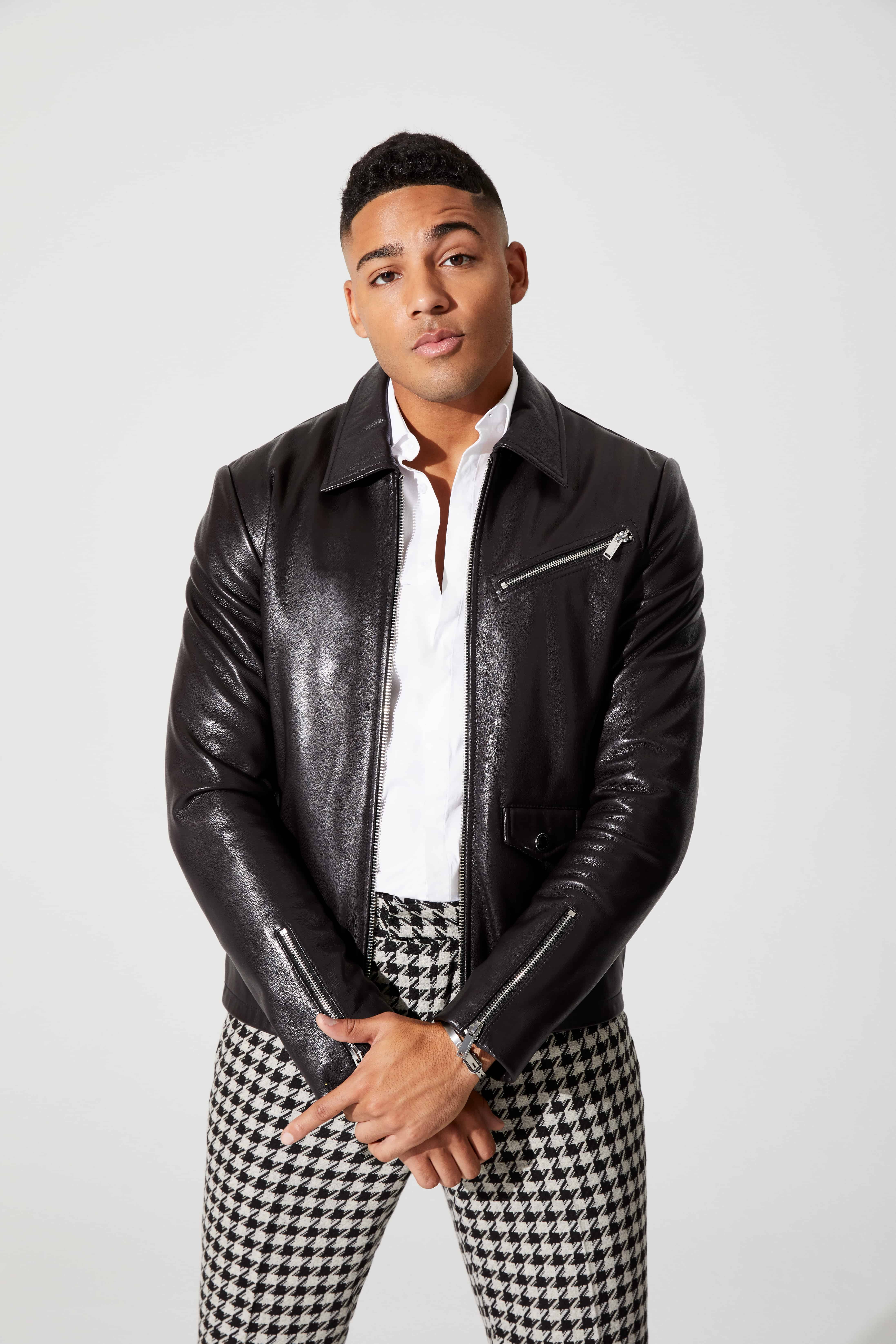 What are some techniques that you use to get into character as Jordan?
To get into Jordan’s mindset this season has been slightly different than the last, only because he had a big change in mood and attitude. Now I walk around more, with music and keep my head up higher than usual. It has been tough, because not only is he disrespecting his friends, but also his mother, sister, and other females and that has been the hardest for me to achieve.

You have appeared in several campaigns; which have been your favorite and stood out to you the most?
My favorite campaign I’ve completed was one I shot in my home state of Indiana. It was for Finish Line and Macy’s, that was shot in downtown Indianapolis. It is my favorite because I got to see Indy in the background of the photos and was able to spend time with incredible people from the Finish Line team, who I have worked with several times back home.

You’ve also guest-starred on several television shows, including Grey’s Anatomy and Empire. How does guest starring on a variety of tv shows satiate your creative side of playing a variety of roles?
Having the opportunity to play different roles in different styles of shows is very satisfying. Playing Jordan for six months out of the year, it’s nice to step into someone else’s shoes and play. It allows me to learn more from other actors, writers, and directors.

You’re still an avid outdoor fan, and an advocate for animal welfare programs, including mental health awareness. Please share with us why these are important to you and what others can do to get involved?
Growing up I had at least four dogs at one single time, multiple cats, and recently my parents added chickens for fresh eggs. I think animals deserve a place to roam free and a home to come to.

It is Mental Health Awareness Month. It is incredibly important to check up on your friends and family because although they may be smiling and seem to be having a blast, they could be going through something serious. I’m an advocate because I know what it’s like to feel down, and my big thing is I want to make everyone happy and smile. To get involved it’s simple; check in on your friends, family, co-workers, and do your best to not label someone because you have no idea what’s going on in their life.

Are there any films and/or other projects you’re working on?
At this moment, I am focusing on “All American.” However, I do have a clothing line “Designed at 5AM’ which is something my friends and I from back home have created.