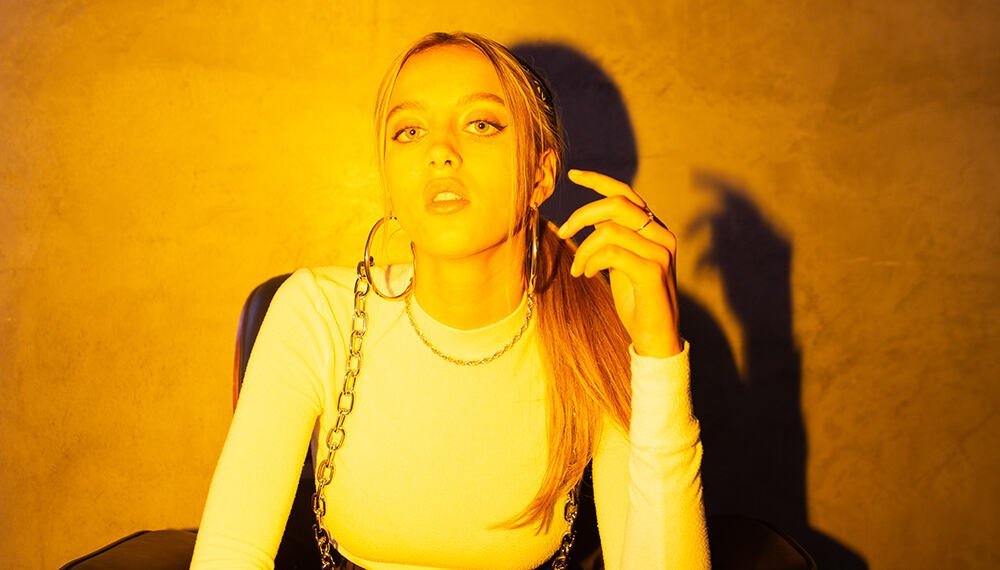 Having released her astounding single “Lately” earlier this year, Erin Bloomer returns with “She’ll Be Gone” which sees her draw influence from R&B while still retaining a firm grip on her individuality. Her distinctive sound has seen her win acclaim from the likes of BBC Radio 1 and Wonderland Magazine. While she’s also built a devoted following on Instagram, captivating her 120k with sensational covers of songs from the likes of Post Malone and Billie Eilish. Her third single “She’ll Be Gone” serves as Bloomer’s finest work yet, showcasing her knack for intertwining easily accessible lyricism with dynamically fresh production.

We had a chat with Erin Bloomer about her songwriting process, “She’ll Be Gone,” and what’s next!

“She’ll Be Gone” is amazing! What’s the story behind the track?
Aw, thank you so much!  It’s about a guy who’s been messing around a girl, then thinking that he can come back and pick up where he left off.  I’m letting him know that she doesn’t need him anymore and it’s too late, she’s moved on, everything’s not just going to be the same after. Actions have consequences.

How was the creative process for “She’ll Be Gone” different from working on your previously released tracks?
Well, I traveled up to Manchester to the studios of The Six and worked with Danny Casio.  I’ve worked with him before in London, so I knew it was gonna be fun, but this time I was on his turf, not mine, and I had to stay away from home for a couple of nights.  I live on the south coast, so it was very different being so far away from home but I already knew the story of what I wanted to write about and Danny’s worked with some amazing artists like Rita Ora and Zara Larsson, so I’m always learning when I collaborate with him.

You’re yet to release an EP. When you do, what do you want that body of work to symbolize?
“She’ll Be Gone” is the 2nd track from the EP, there’ll be 4 in total.  Each track is personal because they’ve been written to help close friends who were going through a hard time.  I want people to feel empowered and resilient when they hear the tracks, be strong, be yourself.

The video for your track “Lately” is great! Was the creative and filming process like for that?
Thanks! And yeah it was sick, we picked Eddie Plex from a shortlist of video treatments, I’m really into the retro vibe and he was full of ideas and super creative.  It was the first proper music video I had filmed, so dressing up and having make-up done was good fun.  We filmed it in a studio in East London and did some outside shots as well as green screen, I’ve got some sick BTS shots too.

Who would be your dream artist/producer to collaborate with?
Gotta be Blackbear or Post Malone. I just love their music.

What does your typical writing process look like?
I always have the full story of the song in my head before I even begin, it’s usually something true-to-life or close to home, or maybe a message that I wanna tell.  I tend to write conversationally and obvs using my phone for notes, plus I’ll listen to a few reference tracks to get my head in the right space before I get to the studio.

Finally, as your career progresses, what are the things you hope to stay true to?
My friends and family are the most important things in my life (although my cats are like my children too lol) but I’m fiercely loyal so I’ll always have their backs no matter what.  And for me, when someone looks out for you it’s easy to stay true to them wherever life takes us.