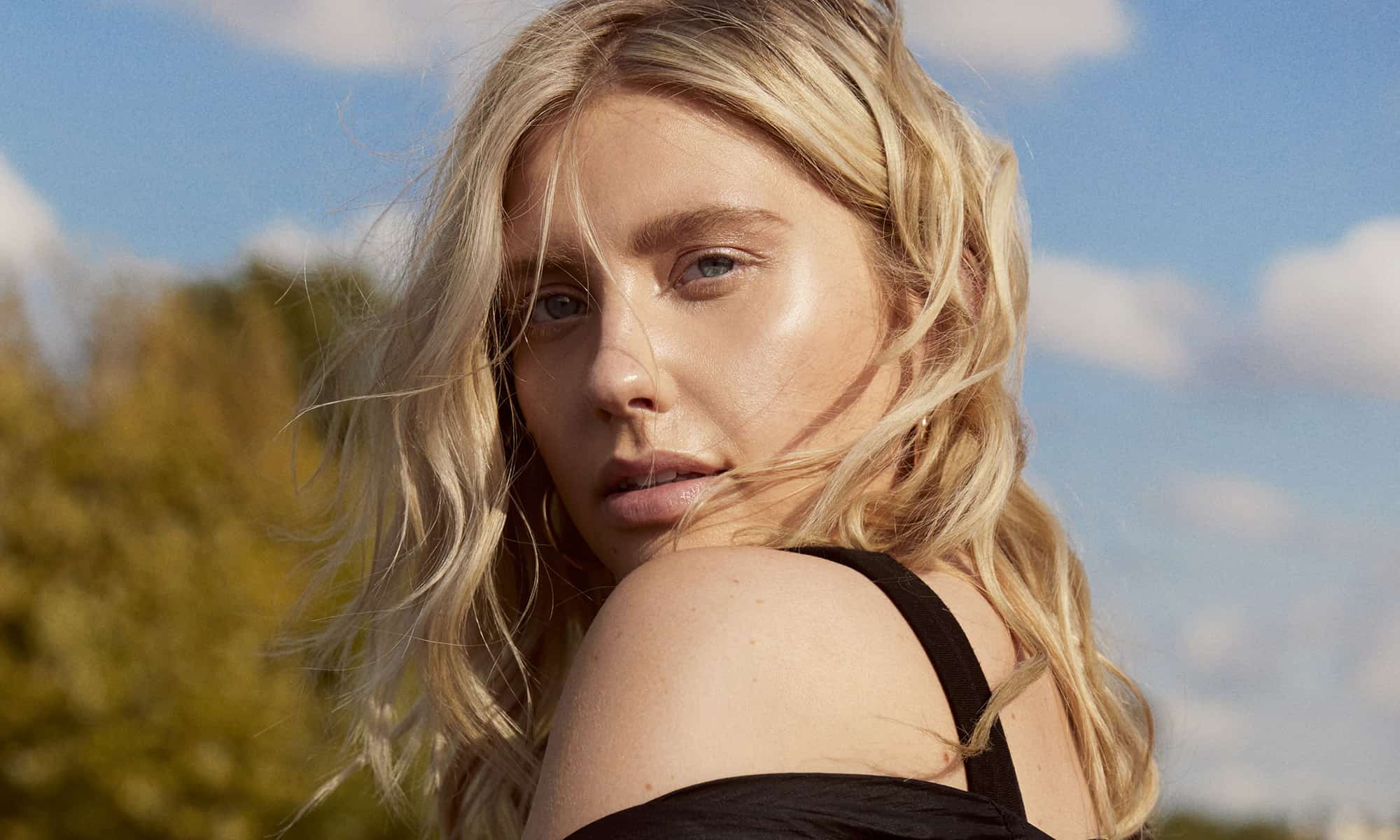 “This is Real,” Ella Henderson’s collaboration with hitmaker Jax Jones, marked her long-awaited return to releasing music. After initially finding fame on The X Factor, her 2014 debut single “Ghost” signalled her as a future superstar. Her aptly-titled debut album Chapter One followed; seeing her deliver on her early promise and wonderfully showcasing Henderson’s stunning voice and her signature style.

This September, Henderson released her unapologetically empowering anthem “Glorious,” her first solo single in 4 years, and followed it up with her latest single “Young,” which further exhibits her awe-inspiring talent. We had a chat with Ella Henderson about grappling with sudden fame, her sensational new music, what the future holds & more!

Your upcoming EP, dropping on November 8th, is your first body of work since the release of your debut album Chapter One five years ago. Why does now feel like the right time to be releasing again?
The music industry can be a nerve-wracking place, and coming back into everything after a few years I wanted to make sure I took the time for myself to really figure out what I wanted to say and share with my fans. I think some time away, and time to learn and grow as a young woman was an important life lesson for me. I think I hit a point when making this EP where I began to feel happier and empowered by the things I was opening up and writing about which unlocked this feeling of self-belief and self-worth within my songwriting.

Everything that’s happened to me in the last 5 years whether it be good or bad, I carry with me. It all helps with being creative, and all my experiences I am only ever grateful for. I guess this time around I was just ready to start sharing and talking about them with the rest of the world.

Your track “Ghost” was an obviously an absolutely huge hit. You worked with Noel Zancanella, Ryan Tedder and Kenan Williams on track, all of whom aren’t strangers to writing hits, but did you ever initially have any sense of just how big the song was going to be?
I think looking back I always believed that ghost was a special song and writing with the likes of Ryan Tedder this song always felt like a big record to me. However, honestly, I never anticipated quite how much of a huge hit “Ghost” would become, and still is to this day!

The success of “Ghost” and your debut album Chapter One catapulted your career really quickly. How was dealing with that sudden removal of normality and stability as you travelled the world to perform and promote your music?
Nothing and nobody can prepare you for that kind of success especially at the age of 18. My whole life was quite literally based from one country to the next over 2 years. It was such a crazy whirlwind experience but not one that I would ever take for granted. Going through this a such a young age has made me more of an independent person for sure!

“Glorious,” the first single from your upcoming EP, is so wonderfully resonant and beautifully empowering. How did the track initially come about?
I definitely have experienced times of self-doubt and insecurity over these last years and this song for me was that light bulb moment where something from within allowed me to turn it into one big positive. Instead of feeling afraid or fearful of my insecurities I began embracing them! I want my fans or people listening to “Glorious” to feel celebratory when they listen to this record and realise that there is so much more to life than just the appearance of someone or something.

You recently released “Young,” the second single from the EP, which sonically sounds relatively dissimilar any of your previous solo releases. What was the creative process like for that track?
So I wrote this tune with one of my favorite human beings in the world!!! And that’s British Producer Jordan Riley, who I get along with so well as he’s a fellow northerner! We wrote “Young” at a place and time when I was going through a spell of anxiety, and I couldn’t really go out much. I remember revolving so much of my mental time around or looking on social media. I came to a point where I realised the things I was worrying about really didn’t, and still don’t matter. There’s so much bullshit out there in this generation… I wanted to write a song about if we were to take a minute and really open our eyes, and tune into ourselves– then being exactly who we are is something to be proud of.

When people listen to your new EP, what do you want them to take away from it? And, was thinking about people’s people reactions/interpretations something that was ever in the back of your mind during the creative process?
For me, I wanted my EP to be a collection of songs that are a great taster for the fans and anyone listening for what’s to come next year. I try not to overthink too much when it comes to others opinions of music and myself– but when creating this body of work, I would definitely say I wanted my music to have a positive effect on people, and for my music to be a piece of light in the dark. A lot of what surrounds us in today’s society can seem quite daunting and heavy- I want my music to be there for my fans when they need lifting up.

“This is Real,” your collaboration with Jax Jones, was written around five years ago and was only released this year. How did you end up collaborating with Jax Jones? And, how does it feel to have finally released the track?
It’s kind of crazy because Jax & I are technically like family! We actually first met because of his wife, who is one of my close friends from back home in Lincolnshire. They were dating for years and we used to go out, went on holidays, and spent a lot of time together. Eventually, it naturally ended up with Jax & I getting together in the studio as two creatives! I remember when we wrote “This Is Real” in a studio near London Bridge with another writer Megan Cottone who is amazing, and it was one of those tunes where I knew it was a strong contender the moment we wrote it! I think it never ended up being released because there was always a timing thing within our schedules, I am honestly so proud and happy to see all that Jax has achieved over the last years so being apart of this record and seeing it have the light of day right now makes me so happy!

Your debut album was extremely successful but was also, relatively uncommonly for an X Factor contestant’s music, really well received by critics. Does the critical and commercial success of your debut make you apprehensive or nervous about following it up?
I think the industry has changed and evolved in so many ways since I last released any solo material, which I can only ever take on with a positive outlook and attitude as I wanna embrace every moment of being a part of it. Of course, we are all guilty of being our own worst enemy at times, and putting pressure on ourselves. But equally, I feel it is so important to not live in the past or dwell on anything for too long- whether it be good or bad! I see myself coming back into things as a fresh chapter and I want to only ever be true to myself and my fans. My music will only ever be honest, from the heart & from me.

Finally, what excites you the most about the future?
To keep it short and simple– I am looking forward to being back up on stage, back performing, and back with my fans!