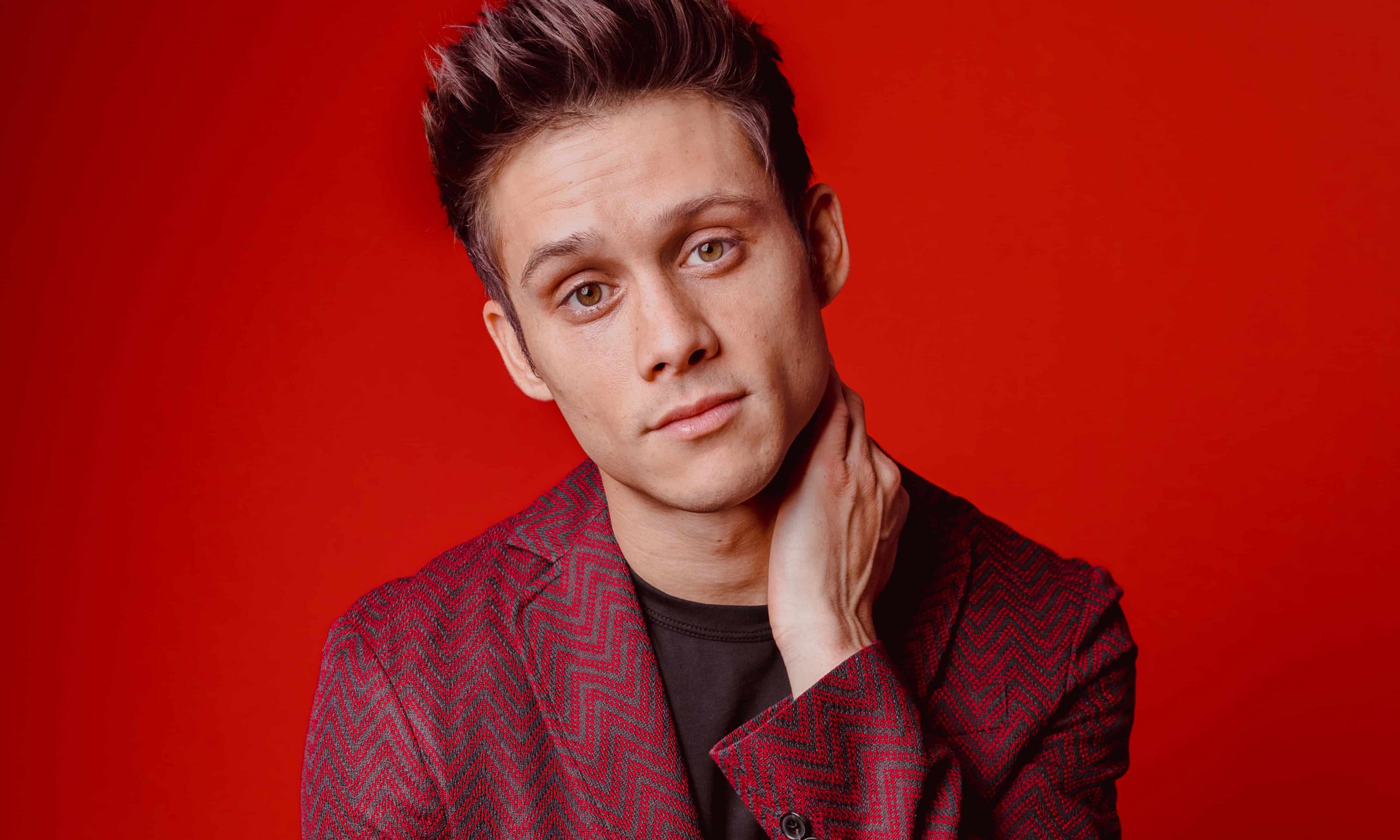 Unlike his character, the typical jock Montgomery de la Cruz (Monty) on the hit Netflix television series, 13 Reasons Why, actor Timothy Granaderos is charming, sweet, and respectful. Although both the actor and character share an interest in sports, as Granaderos played soccer in high school and college, the complex character of Monty is a testament to Granaderos’ incredible ethic with his acting. Growing up in Michigan, Granderos knew he wanted to act when he was a young boy, being introduced to the Oscar Meyer Wiener mobile and, as they say, the rest is history. Granaderos’ ability to convey a wide emotional range within his characters is a nod to the depth and insight he brings as an actor to excel in his craft. We had a lively, fun and light-hearted conversation about Granaderos’ humble beginnings, tapping into Monty’s psyche, how Monty’s character struggled with his identity and sexuality, and how that translates and relates with fans of the show.

What was your first introduction to acting and when did you know that you wanted to act?
Honestly, my dad. When I was twelve years old, the Oscar Meyer Wiener mobile came to my hometown, which probably dates me a little bit, but my dad took me there and was like, you’re going to audition for this thing. And I went to the Meyer parking lot, because I’m from Michigan, and went up to this Oscar Meyer… And I think I blacked out because I don’t really remember what happened, but I didn’t get the part. That was probably the first true experience of rejection. I would say after I did my first monologue in my very first acting class, which was actually after I went to college and got a degree in advertising. And then I somehow found my way into an acting class, did a monologue and it was just like a feeling I’d never had before, so in that moment.

You play a good, mean asshole. That’s what I’m going to say.
Thank you.

Oh, you’re welcome. But relating to that question, he [Monty] is the quintessential mean jock, so how did you tap into that psyche to play him?
Oh, geez. You know, I basically just had to find a way to comfortably say the things I was uncomfortable saying or thinking. Luckily, with the words, they were written for me, I just have to up the asshole-ism, I think. And you know, Monty, like all the rest of the characters, is so multi-dimensional and I think you see that in season three. So, before knowing all the story-lines, I did a lot of backstory work and tried to figure out what made Monty the way he was. Or what made Monty who he was.

Speaking of that psyche, now there is a major pivotal arc with your character in the show and this season. So is this the end for him on “13 Reasons Why” or will his story continue to be told?
You know, I don’t, I actually do not know. With the storytelling of our show, there’s always the opportunity to come back, but I really don’t know if there will be and if so, what the capacity is. But I’d like to think so. But who knows?

And speaking of, you know, maybe your character may or may not come back, do you think that Monty’s struggle to identify and accept his sexuality was due to his father’s own stereotypical cultural beliefs and abuse?
I think absolutely. Yeah. You’re really a product of your environment and if you grow up hearing certain things and thinking certain things are normal in childhood, then that’ll carry through to adulthood, but I think, unfortunately, Monty’s story was tragically ended a little too soon. I think given a little more time and a little more life experience, he would’ve been able to maybe explore his sexuality a little more and kind of grow into the person he was meant to be. I think that’s like one of the most important recurring themes in the show is that everyone does have their own backstory and you can’t pass judgment on them based on just their action.

So have any fans of the show messaged you about how Monty’s story-line has affected them and their own journey of coming out perhaps?
Oh my gosh. Yeah. You know what’s cool is, I started taking screenshots because after… Within the first couple of weeks of the show releasing, that’s when all the fans reach out and they kind of share their stories, and I, unfortunately, can’t respond to all of them, but I do try and maybe drop on their Facebook page and give a little thumbs up or, just to let them know I hear them. But yeah, a lot of cool DMs (direct messages) expressing their shared experiences with Monty or just appreciating the growth of the character, and it’s really cool. It’s something that you don’t get to read in the press all the time is we, as actors and playing these characters, it’s cool the impact we get to make in some person’s life. And the more so, the impact they get to make on our lives too because reading those things, it’s such a cool experience and so rewarding. A cool by-product of making a show.

It’s a testament to your acting, and how you do it and you do it very well. Monty’s a huge character to take on and a very deep psyche to take on. Has the show changed your perception of acting and the roles that you pursue?
I think it’s just given me the confidence to be scared. You watch these interviews with seasoned actors and they’re like, I only take roles that scare me now and now I understand it, a small degree of that. It’s just, you read something on paper and you’re like, how am I going to make this so true and real that someone watching it can relate to? After growing with Montgomery, I kind of understand that. You have to be able to empathize and relate to a character no matter what they’re going through or whether or not you agree with what they’re doing.

I will touch a bit on this. It’s important to establish that you guys are actors and that you’re playing a role. It is not the same as real life. I’m glad you referenced that in a recent Instagram post.
It’s tough for some people to separate the two, and I don’t blame them, because that’s what they see, and that’s why so interesting in today’s age with social media and stuff. You really do feel like you know someone. But at the end of the day, we are bringing to life a character in a story, and it does… I’ll just say this. We’re just actors. We try to do our best.

Are there any special things that you do to get into character for your roles? Music listening, perhaps?
Exactly. I make playlists for all my characters, especially on the heavier shoot days. I’ll have my headphones in most of the day just to, A), keep me in the right mindset and B), just to let everyone around me know that this is where I am today, because our crew is so tight and fun-loving and some days you need to just put the headphones in and just stay in the zone. I know a lot of actors do, I just try and journal out scenarios for the characters. Just like from their perspective, what I see, what I feel, what I’m going through, and the funny thing is is Montgomery wouldn’t necessarily allow himself to process all these emotions, but I feel like in journaling I can really flush out what he’s going through and then kind of put that into his subconscious.

Nice. I like that you journal.
It’s a great tool and it’s a good tool for everyone. Not even specific to acting, it’s just great to put a pen to paper and let it flow.

What music do you like to listen to? For you, personally and for your character, Montgomery.
This is shamelessly promoting co-star Dylan [Minnette] but I love Wallows. They’re so good live. We just saw them at Outside Lands and they were crazy good. I listen to, consistently emo, screamo, early 2000s, late 90s. And I also love folk music. Anything that can be listened to around a campfire. And then recently, I think this is like my Michigan roots; I’ve been listening to a ton of country music, so I am kind of all over the place. It’s just such a generic answer, but it’s true.

Last question. Do you have a guilty entertainment or music pleasure?
Let’s see. I wouldn’t even call it guilty because it’s so mainstream, but it’s House Hunters, I love House Hunters. I love HGTV in general. When I have cable or when I’m in hotels for extended periods of time, it’s the best way to unwind after a long, hard day.