Tyler, The Creator Releases Stunning Visual for “A BOY IS A GUN*”

Tyler, the Creator experiences emotional woes in a 70s film for new music video, “A Boy is a Gun.”

There was once a time where Tyler, the Creator not only actively avoided his sexuality but expressed major disdain to the thought. Calling him one of the most controversial rappers of our generation adheres to being far closer to being a fact rather than solely opinion, yet always remains illustrious. Whether the intent was one elaborate, ironic stunt is a question fans are still trying to figure out to this day. Without directly paraphrasing the vulgar obscenity of Tyler’s old lyrics– the gist basically consists of multiple uses of violent, disturbing content regarding his portrayal of gay people, though on both points he persistently claims his intention is one of absurdism and not of an anti-LGBT agenda.

Yet within the past couple of years, a shift has been indicated in the world of Tyler. Everything has slowly but surely become seen in more technicolor, and it’s very much reflected in his music. There is a famous excerpt from an interview with Kathee Muzin about the first time she fell in love with a woman, in which she claims, “It was like a sunflower turning to the sun. It was like I discovered I was only living in one room of a 12-room house […] it was like there had always been a clamor inside me and suddenly it stopped.” And that is what “A BOY IS A GUN*” mirrors, a creative breakthrough in Tyler’s career, where he is getting closer to his true self as possible.

This is, however, contradicted by the use of multiple identities on the video as well as its production. Tyler flaunts his blonde wig of the IGOR alter ego as well as directing credits that are given to Wolf Haley, who was a more prominent figure in Tyler’s earlier Odd Future days. Yet Tyler, the Creator doesn’t owe it to anybody to come out and is creatively unraveling himself on his town terms.

The visuals within “A Boy Is a Gun” pay a reminiscent and structural homage to the French western film Une Aventure de Billy le Kid, otherwise also known as A Girl is a Gun that was released in 1971. Tyler, I mean– IGOR– is manic as he’s searching for answers in an opulent mansion setting, showing glistening chandeliers, grand scenery, lush gardens, and gilded wood. Both parallel in the sense that they show themes of trust and heartbreak, as well as the ultimate risk of loving. 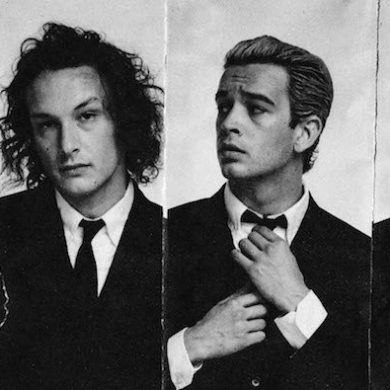