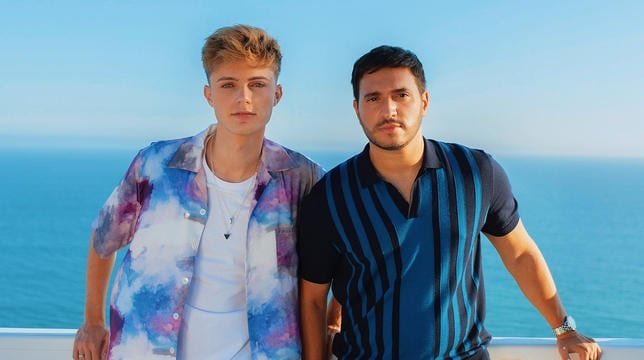 Jonas Blue and HRVY’s release “Younger” is as carefree and free-spirited as the title suggests. Musically, the track is quintessential Jonas Blue: springy synth chords paired with a playful, snappy rhythm and relatable lyrics. While not lyrically complex, it’s easy to sing along to and easy to find yourself playing on repeat for hours on end. As an addition to their musical collection, it fits in perfectly as an ode to the end of summer and the freedom it brings.

The music video to accompany the track, released Friday, is its perfect visual counterpart. The video opens with drone footage of the ocean and the beach, then panning over to HRVY singing the opening lines of the song. While the video isn’t plot-driven, it’s filled with beautifully crafted video footage of scenes that perfectly match the mood of the song. Friends running to the pool together, snapping photos together, jumping in the pool, all bring an aura of freedom and youthfulness. The cast of the video feels familiar, as though you can imagine yourself joining in with them in each and every scene.

The videography of the video is truly stunning. Slow-motion shots make time feel as though it’s standing still in the midst of an otherwise energy-filled scene. The contrast between the speeds of the cuts feels like a trip into and out of reality, with the camera bouncing to every beat of the party’s action. For those looking for a momentary escape, “Younger” is the perfect 3-minute trip to a world of idealistic youthfulness and endless fun.