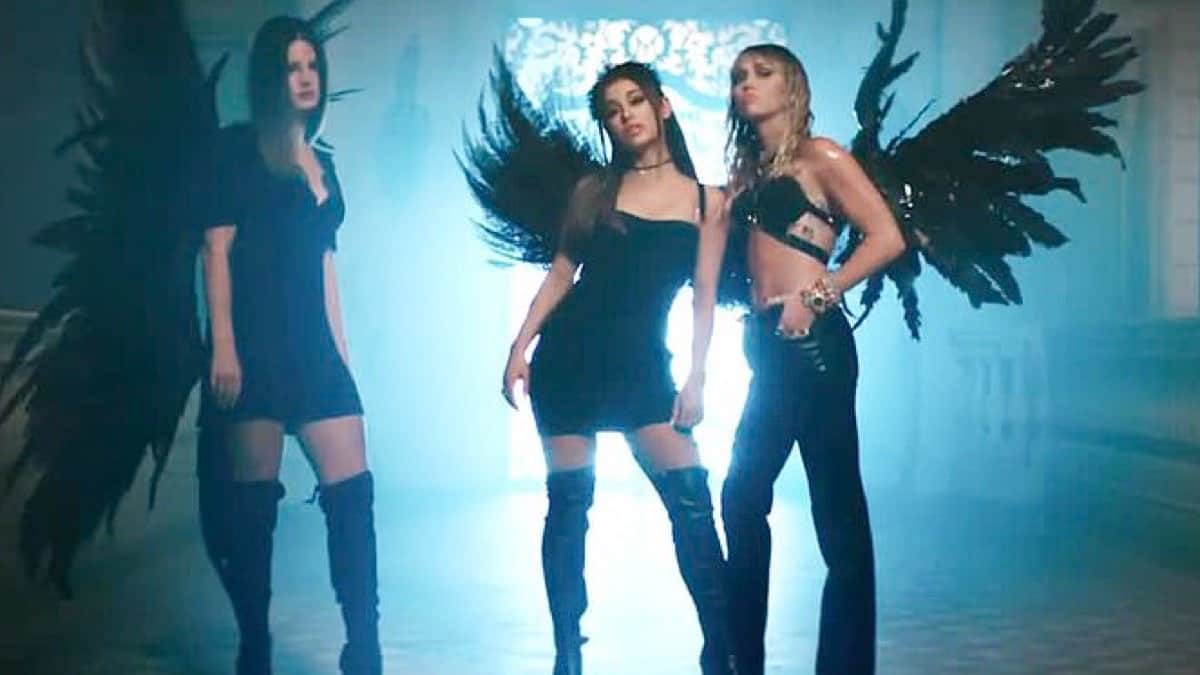 It is only fitting that a highly anticipated movie like the Charlie’s Angels reboot also has a highly anticipated soundtrack. Composed by Ariana Grande, it’s bound to include high quality empowering songs, and “Don’t Call Me Angel” definitely delivers. In theory, a collaboration between Miley Cyrus, Lana Del Rey, and Ariana Grande sounds absolutely heavenly in theory, but it’s even better in reality.

Not only does it feel nostalgic to have three women come together for the soundtrack of Charlie’s Angels (Destiny’s Child did it first, after all), it’s also got powerful lyrics, and manages to make a real musical statement.

It seems almost serendipitous, the way in which Cyrus has over the years covered both Del Rey’s and Grande’s songs – and vice versa in live settings, as if this collaboration was written in the stars. Even though all three operate in very different lanes of musical styles, somehow it makes total sense. Grande’s light, yet powerful and rich vocals perfectly complement Cyrus’ lower register and distinctly smoky and gritty sound. Then there’s Lana Del Rey whose ethereal, sultry voice shines in the bridge and overall harmonies, sweet and sticky like caramel.

Emulating the iconic three angels Cyrus, Del Rey and Grande all appear in the video donning wings as they handle a heist. Real angels or not, they definitely managed to give this track wings and make it soar to new heights – thanks to Hannah Lux Davis’ visual concept. Their solo segments in the video are perfectly tailored to their individual personalities and style, allowing each of them to shine by themselves without taking away from their collaboration and sisterhood. Before they all gather in a nicely decorated dining room, Cyrus takes on a man in the boxing ring, telling him that he needs to show her respect. Lana Del Rey winks playfully as she expertly throws some knives at man-shaped targets, and Grande coordinates everything from the top of a mansion.

Even the ringtone that’s been built into the audio of the song is reminiscent of powerful women spies in pop culture. Be it Charlie’s Angels, Kim Possible, The Powerpuff Girls or Totally Spies – they all had an iconic ringtone signaling it was time to get to work. But in a real badass move and fun nod to the actual forthcoming film, it’s not a man calling them up this time – it’s Elizabeth Banks. She appears at the end of the montage to playfully scold the three artists for having something akin to a feast-turned-house party.

The only downside to having Cyrus, Grande and Del Rey get back to saving the world, is that it means we don’t get to hear and see them sing all the time. Here’s to hoping this all-star formation will return sooner rather than later. In the meantime, best get familiar with the “repeat” button.