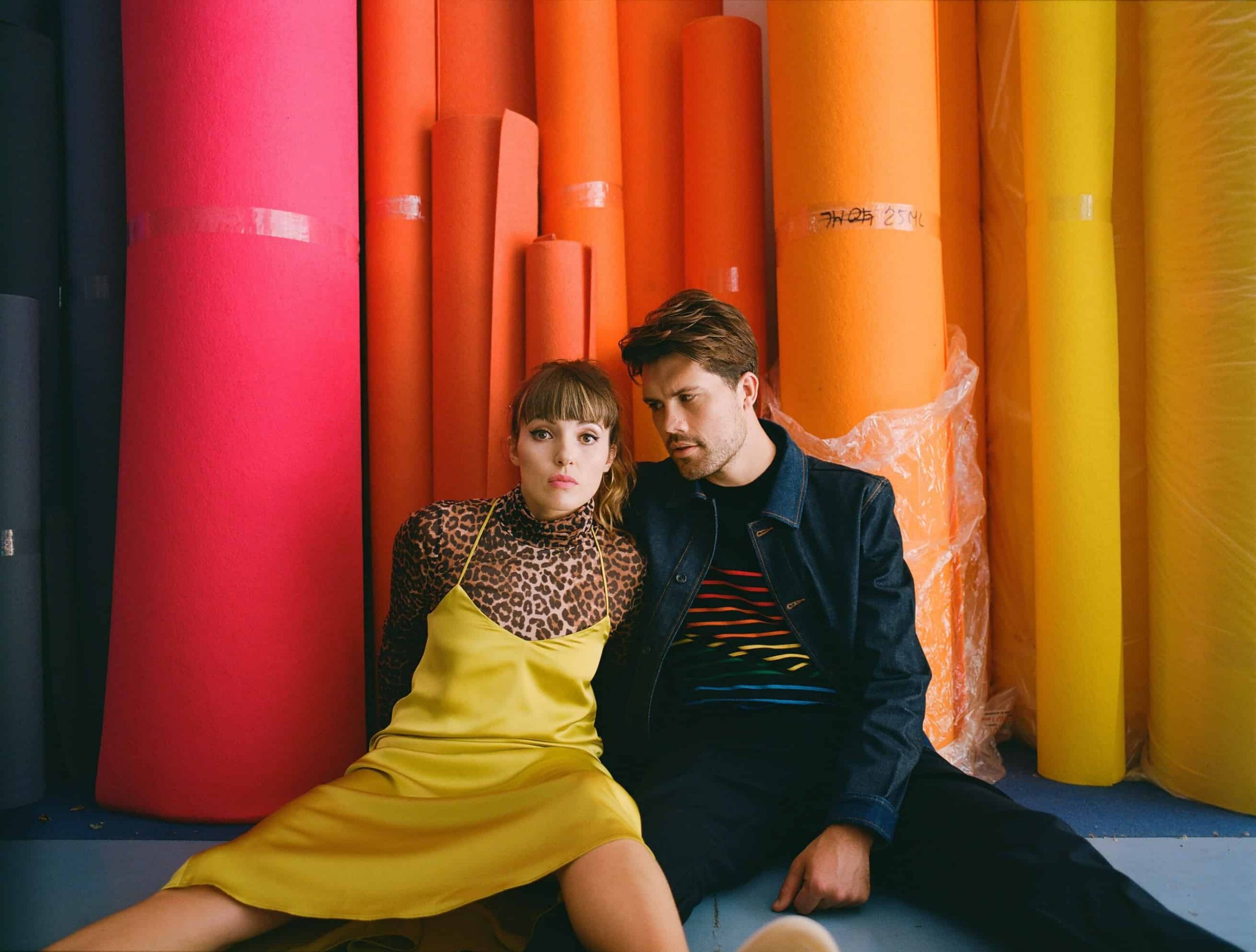 I’m sure I can count myself amongst one of many who was completely overjoyed to hear London-based duo Oh Wonder had a new track coming out. Whilst it’s been a long wait (two years to be exact) if you follow them on social media, you’ll know that Anthony West and Josephine Vander Gucht have been hard at work on their third studio album. Ask and ye shall receive!

“Hallelujah” is incredibly infectious. In fact, I must have replayed it at least 20 times the first day I heard it. I’m even listening to it now.

So excited to share new music with you on Thursday, 2pm BST 👑 We hope ‘Hallelujah’ makes you feel invincible… 🎥: @joshshinner

The song begins with a gentle piano and the soft, harmonising vocals of Josephine and Anthony: “I heard it on the radio / On the way back home / That I’m gonna be someone.” A violin is then introduced as the tempo picks up slightly and Oh Wonder relay some of the doubt they’ve felt previously: “Some days I don’t think my momma thinks I’m good enough to be a superstar / But one day I will show her I’m a diamond in the rough / Will be a superstar.” As the pair gain confidence in themselves, an uplifting heartbeat synth and layered vocals kick it up a notch. The melody perfectly accompanies the lyrical journey: “Cos there’s a crown / Covered in glitter and gold / And I’m gonna wear it / Whether you like it or not.”

“’Hallelujah’ is a song of defiance that we wrote for anyone that has ever been told they can’t do something,” Oh Wonder explain. “’Hallelujah’ is a reminder to ourselves, as much as anyone else, to not care what people think of you, to work hard, be yourself and try your best. It’s our personal anthem of self-acceptance that we hope will encourage others to “wear their crowns”, no matter what anyone else says.”

What started out as one of the UK’s best-kept secrets, Oh Wonder are now five years down the line, with two billion streams, more than a million record sales and a top 10 album under their belt. Not bad for two (extremely talented) people who began by uploading one song a month for a year to Soundcloud. The pair never originally intended to become the stars they are now, they just wanted to showcase their song writing abilities online. Whilst it’s been an amazing accident, the early criticism and imposter syndrome they’ve experienced has become the inspiration for this joyful return.

“As music-making teenagers, we were both discouraged by naysayers who declared that we would never be successful, that we weren’t good enough, and that we could never be superstars, so we should just give up. When we met each other, we bonded over our shared experiences of setbacks and near-misses and set ourselves the highly unrealistic goal of releasing music and touring the world. After two albums and a world tour of 43 countries, we have only recently had a chance to process the last 5 years.”

In true Oh Wonder style, the song was written, recorded and produced by Anthony and Josephine in their home studio. As further testament to their talent, the mesmerising video was shot in just one take in collaboration with Gregory Ohrel and Supple Nam.

To top it all off, Oh Wonder are playing a surprise hometown gig at Colours in London’s Hoxton today. Unsurprisingly, tickets to the intimate gig sold out in just 10 seconds.

“Hallelujah” is a phenomenal introduction to their third album, and it’s great to see Oh Wonder publicly accepting their success. They’ve learnt to fly and now we can watch them soar.